Sandbox space sim Limit Theory has been cancelled, six years after a successful crowdfunding campaign on Kickstarter, because main developer Josh Parnell is simply exhausted from working on it for so long. He's spent, he says: emotionally, mentally, physically, and financially. "Not in my darkest nightmares did I expect this day to ever come, but circumstances have reached a point that even my endless optimism can no longer rectify," Parnell said on Friday. He plans to release the source code for folks to poke around but makes clear "it's not a working game." The dream dies.

Limit Theory took to Kickstarter in November 2012, seeking cash to build a procedurally-generated sandbox space full of opportunities to do missions, build bases, lead fleets, and all that in a living universe. Jim Rossignol talked to Parnell back in the day, who then said he wanted "to show people exactly how much one can accomplish with a small budget and the immense power of procedural generation."

Ah, but it's never that simple. Though Limit Theory blew past its $50,000 goal, drawing $187,865 (then about £117k) in pledges (and remember Kickstarter takes a cut), development has gone on years longer than anticipated. Costs have burned through that initial cash and started eating into Parnell's personal savings but, more than that, he's just exhausted.

"Every year that passes sees me becoming more desperate to make good on the dream with which you all entrusted me, but each such year I grow less and less capable of doing so as my mindset falls further away from that bright, beautiful hope that powered me from the beginning," Parnell said in Friday's announcement. "I am not what I once was." 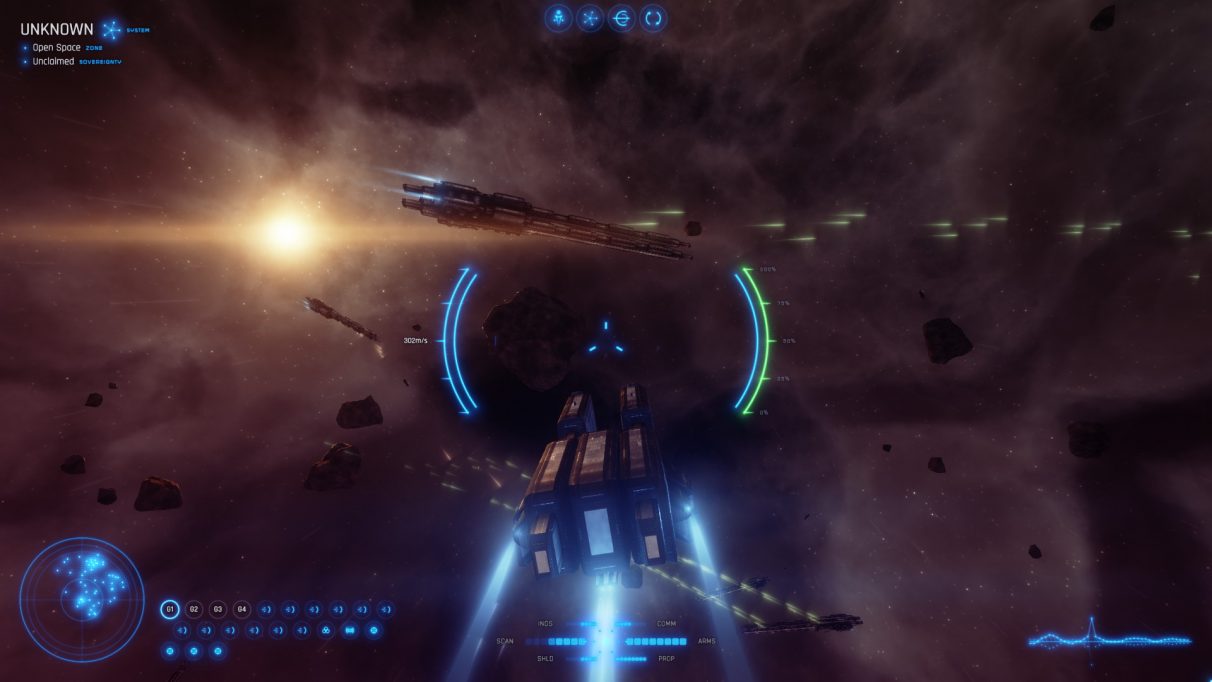 It's grim reading. He seems gutted to let folks down but this sounds sensible for him.

"It has been the most painful, difficult decision of my life, and I'm sure that there will be no shortage of blowback. But I simply cannot continue to destroy myself in search of a feat of which I am not capable. When I began this project, I felt that anything was possible. Here now, at the end, I must swallow the painful reality that: I, too, am human. I am limited by time, I am limited by finances, and I am limited by mental & emotional stamina."

I was glad to see that replies to that post and comments on Limit Theory's forum are supportive of his decision to not continue to ruin himself.

"I don't know how to make this right," Parnell continued. "For years now, I've been running on pure loyalty to you all -- it has been quite a long time, if I'm honest, since I was actually working from a place of inspiration -- yet even with the purest of intentions and the deepest desire to honor my commitment, I find myself unable to bring about miracles. No matter how hard I try, it's not enough to bring LT to fruition, and this pattern of failure has evicted all self-confidence and hope from my mind, leaving only doubt, anxiety, and despair. Some days I think to myself 'how absurd that a game should make me feel this way,' and I realize just how unfit I have become to build a source of joy. I wanted so, so badly to make you all proud. To bring you all joy. There are no words to properly convey how sorry I am that I have failed you all."

Parnell does plan to release Limit Theory's source code, though he's clear that "It's not a working game, and in my frenzy to get things working I've left huge swaths of code in a half-refactored or half-complete state." It won't be something someone can just compile and happily play, though I wouldn't be surprised if some fans do patch it up a bit. "But releasing it is the least I can do," he continues. "I don't imagine it will be of any use to anyone, other than as a monument to a failed dream."

Crowdfunding campaigns are always dreams, and backing one is putting money towards supporting the possibility of that dream being realised. It sucks when the dreams die, but so it goes. Games are made by people.

Ta for the tip, BonusWavePilot.