Spending over a hundred quid on a keyboard is a big ask at the best of times, which is partly why half the entries currently populating my best gaming keyboard list all come in well below that. Over two hundred quid, though? That's positively extortionate. But man alive does the £210 / $250 Logitech G915 Lightspeed Wireless make an incredibly strong case for itself.

For starters, it's really rather lovely. Its aluminium base is wonderfully thin, and its smooth, rounded edges and hairline finish feel every bit like a two hundred quid piece of kit. Its key caps have an oleophobic coating, too, so it doesn't attract fingerprints, and holy moly its volume wheel. What a thing that is. So smooth, so elegant, and so, so gorgeous to the touch - and the dedicated media keys below it aren't half bad, either.

I also love the fact that its dual-height adjustable feet tell you exactly what angle they'll set the keyboard at. Sure, I don't really need to know that the inner set of feet will tilt the keyboard to 4 degrees, or that the larger set will double that an even more comfortable 8 degrees, but I appreciate its level of precision and dedication to detail all the same. 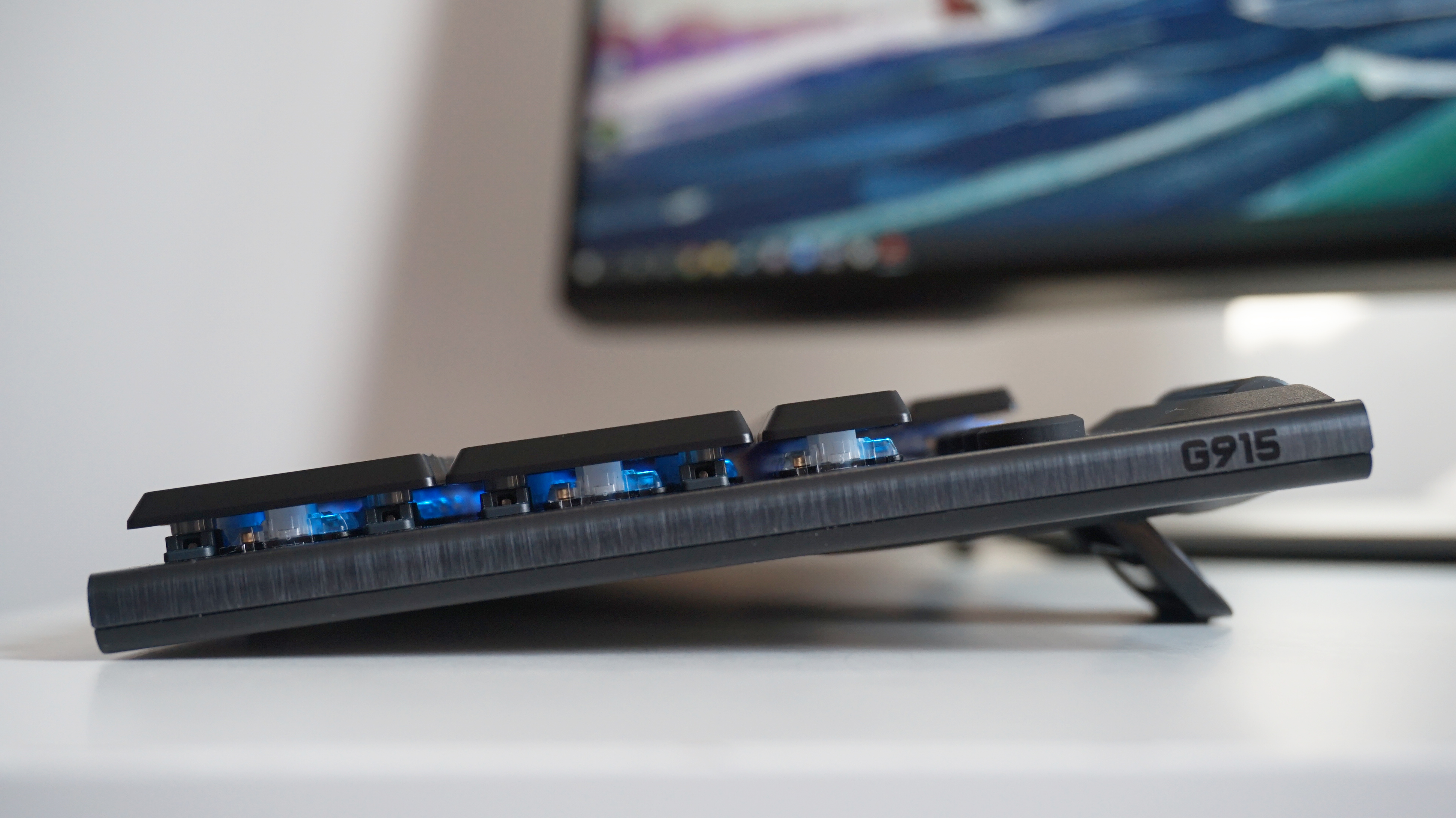 Logitech's new low-profile GL switches are wonderful to type on, too. I was sent the 'clicky' version for review, but it's also available in 'linear' and 'tactile' flavours as well. Obviously, I can't speak to the overall noise levels of the other two variants, but I was pleased to see (or should that be hear?) that even the clicky keys weren't too grating on the ears. It's a sort of high-pitched sound, not unlike the opto-mechanical clacks of the Razer Huntsman or HP Omen Sequencer, but noticeably quieter (just have a listen on Logitech's website to see what I mean). That said, I still wouldn't say it's quiet enough to use down in your living room, say, where there's likely to be other people around, but it's at least easier on the ears than other mechanical keyboards I've used in the past.

The half-height mechanical keys feel just as nippy and responsive as its opto-mechanical rivals as well. I barely had to press each key at all before it registered my keystroke, and I was able to get up to full typing speed in practically no time at all. What's more, the G915 uses the same Lightspeed wireless tech as Logitech's G Pro Wireless mouse, giving it an ultra-fast response time of just one millisecond. Regardless of whether I was using the keyboard after stepping away from my PC for a bit or hammering out commands in a tense bit of Monster Hunter-ing, the G915 never missed a beat. For me, it felt just like I was using a traditional wired keyboard. 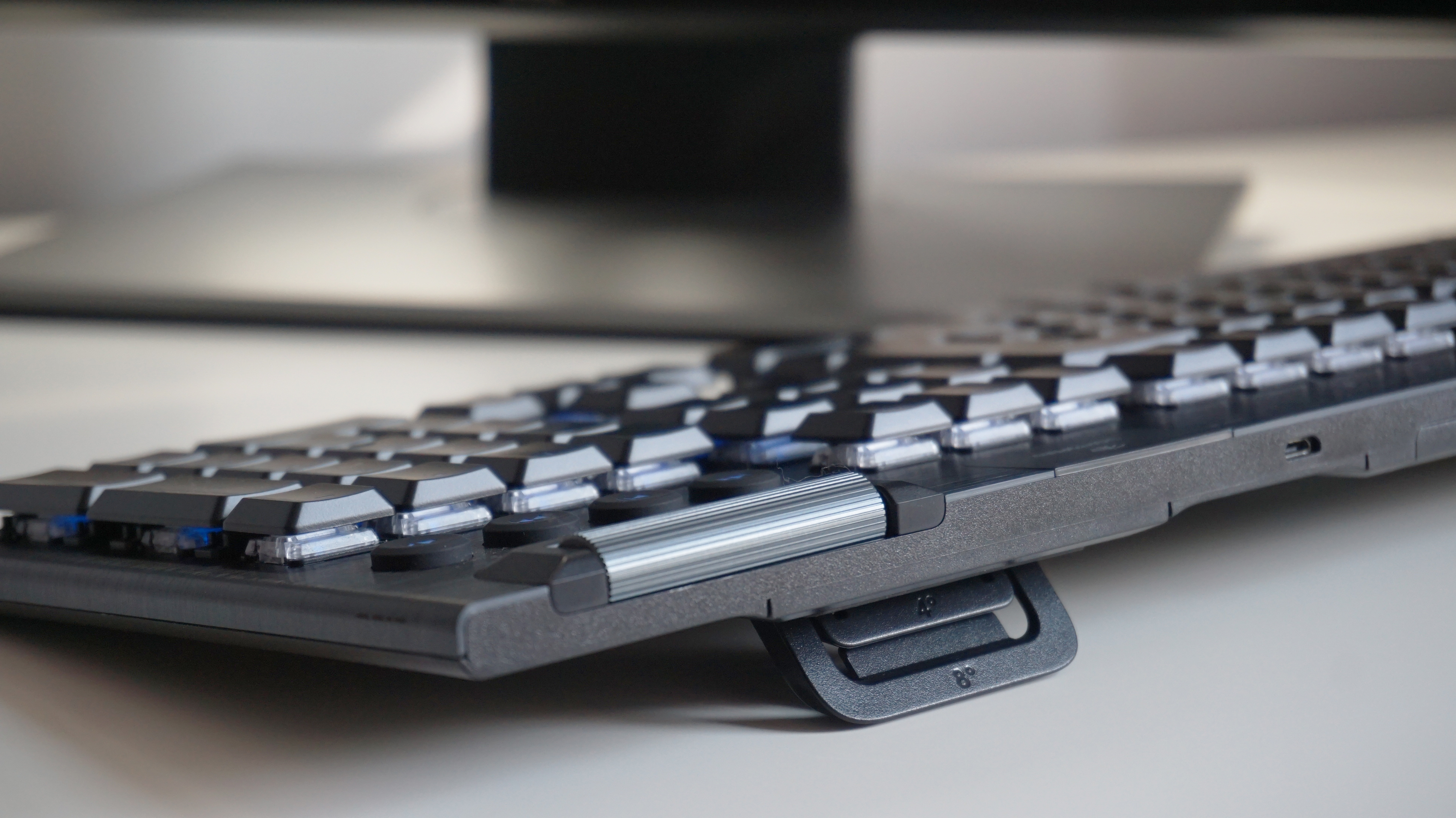 I was also impressed with the G915's battery life. I've had this on my desk for a good couple of weeks now, and while I haven't had it in constant use, it's still only lost about 35% of its battery - and that's with its RGB lighting going full pelt, too. Indeed, Logitech rate it for 30 hours at 100% brightness, but the battery LED light will flash when it gets all the way down to 15% so you're not suddenly left powerless mid-game, and it only takes three hours to charge back up again, too. Plus, you can carry on using it while it's charging via its bundled microUSB cable.

You'll need to download Logitech's G Hub software to take advantage of its programmable G keys down the left hand side, admittedly, but it's pretty easy to use and gives you a wealth of options to pick from. As well as various Windows shortcuts, you can also assign more practical functions such as cutting, pasting, going forward or back through web pages or cycling through apps. Or you can just record your own via the Macro menu, or even set specific actions for apps such as Discord, OBS and Overwolf - handy if you're a regular streamer or video capture fiend. You can even bung a load of mouse controls on the G keys as well if you fancy it, like changing your DPI speed, for example, which may in fact be easier than trying to tap a side button on the mouse itself. 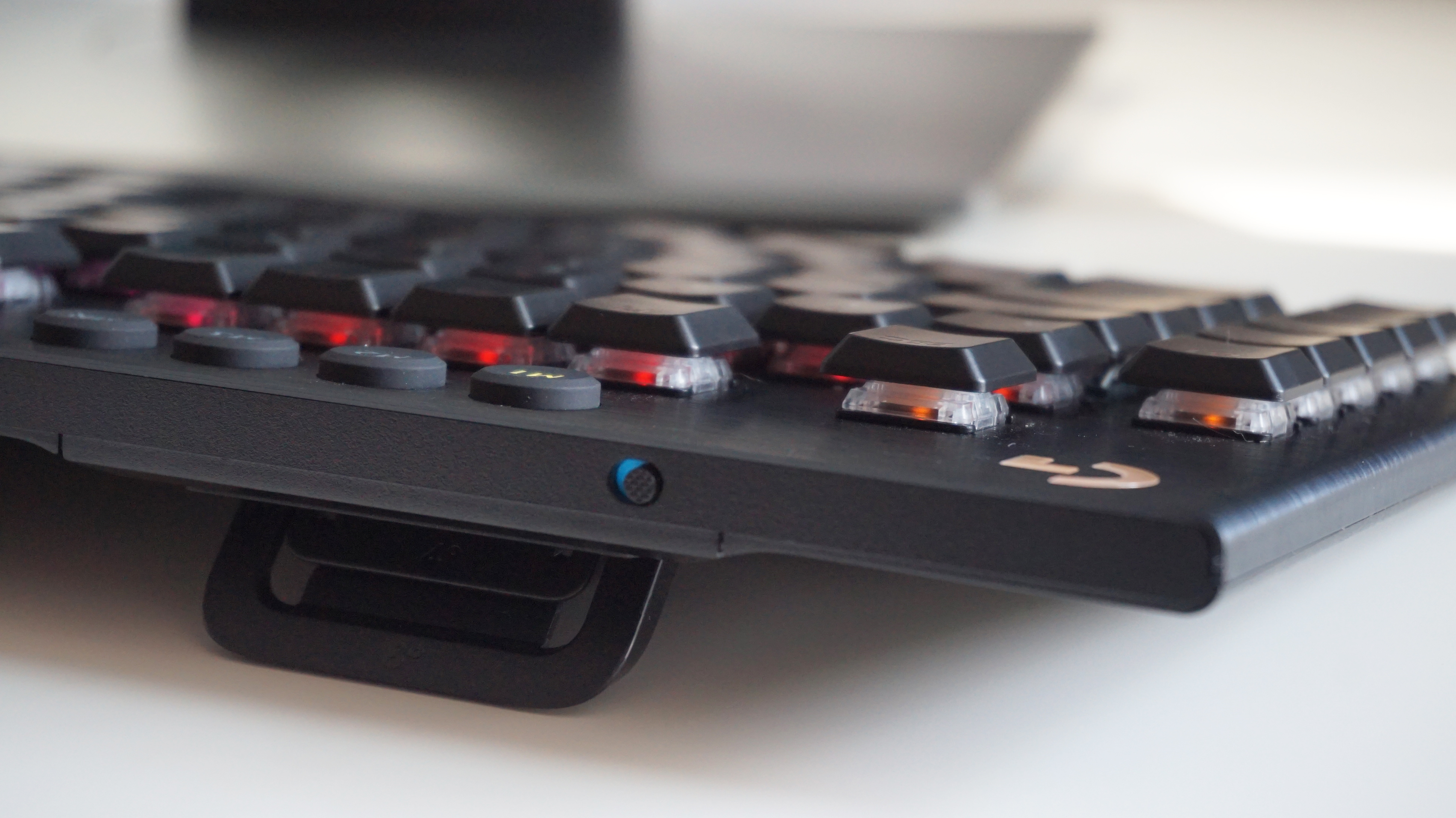 You can also configure the G915's game mode in the G Hub, which is activated by pressing the little light-up joystick button above the Fn keys, as well as switch up the keyboard's RGB lighting profiles.

Ultimately, the Logitech G915 Lightspeed Wireless is probably the loveliest keyboard I've ever used. Yes, it's expensive at £210 / $250, but in this case, it's absolutely worth it if you want the pinnacle of wireless perfection. If you're not so fussed about getting a wireless keyboard, though, then there's really no need to spend this kind of money. After all, the Roccat Vulcan is just as brilliant to type on as the G915, and that costs almost half as much as its Logitech rival. Plus, the middle and top Vulcan 100 and Vulcan 120 models still come with their own dedicated volume knobs, so it's not like you're missing out on that front by spending a little less either. 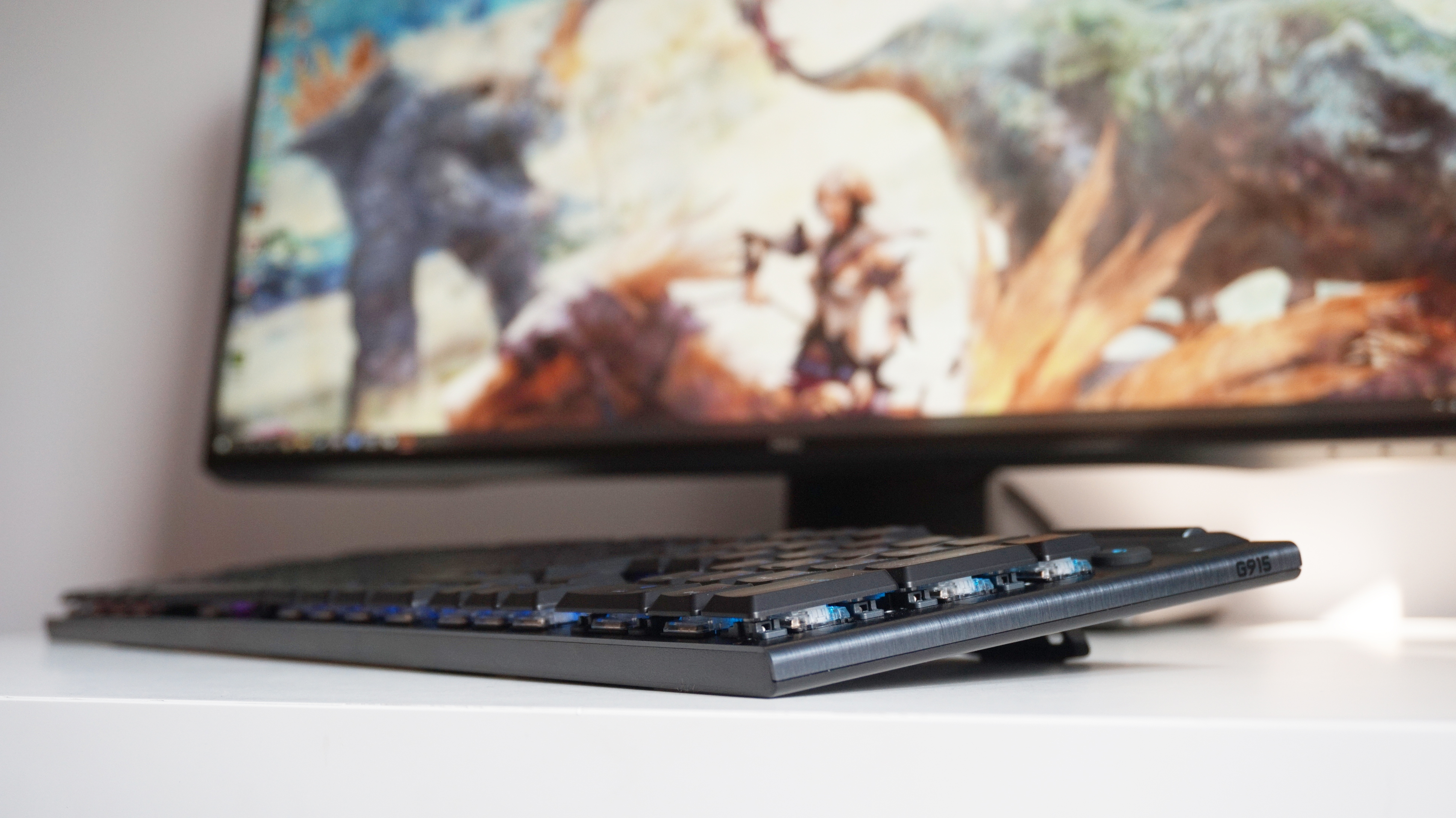 Still, if you've got the cash, there is certainly a lot to like about the Logitech G915. It's comfortably the best wireless gaming keyboard I've ever used, and it's also one of the best-looking, too. No surprise, then, that it's going straight into my best gaming keyboard list, price be damned.