What do Catholic martyr Sir Thomas More, mythical Norse tree Yggdrasil and comedy ogre Shrek have in common? They all feature in fan creations made for the recent Make A Good Mega Men Level competition. Read on to find out more about these and other strange takes on Mega Man, including the world's most hazardous ice cream factory.

Publishers tend to disapprove of fan games. There are legitimate reasons for that as fan creations can threaten rights holders with obsolescence under copyright laws, but sometimes projects survive. For the most part, Capcom ignores the hordes of fans who make a new Mega Man game every week or so to fill the void left by the cancellation of Mega Man Legends 3. Some of these are ROM hacks, while others (Rock Force being a personal favorite) are coded from the ground up – “emulating”, but not like that. The truth is, you're as likely to find an unfinished disaster as anything else, and if you're just starting to explore the possibilities of fan games, it can be hard to know where to start. Enter the Make a Good Mega Man Level competitions, where disasters are inevitable. And welcome. 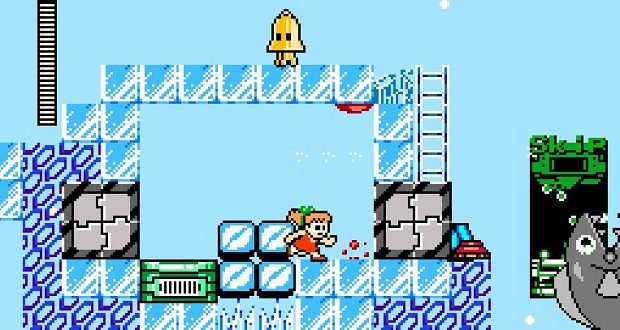 Fangames are one of the last places on the Internet where people still go by handles like Xo_DarkKitty69_oX and ThE-pWnReR. It's like a time portal back to the days of sprite comics and forum signatures. Make a Good Mega Man Level was organized by one SnoruntPyro and the first competition brought in 20 levels of varying quality, including City War, which became a meme in its community thanks to having invisible holes in the floor that will randomly kill you. (Ms. Pyro mercifully allowed players to skip City War.)

The second contest, which released this month, had a whopping 81 levels submitted. They're playable in any order and there's a hefty postgame gauntlet designed by the staff. It's a celebration of fangames, good and bad – with quality of life enhancements that show remarkable improvement since the first contest. There are memey unlockable costumes and optional upgrades to help you power through the cheaper challenges. 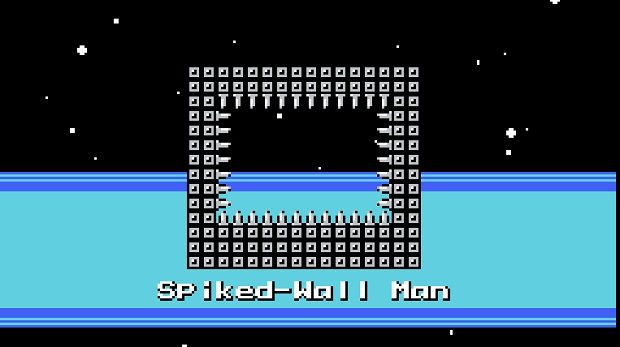 The most important concession to modernity is that you have infinite lives. No matter how many unavoidable death spikes some idiot left on the floor, you can always try again. This means the positioning of checkpoints is the most important factor determining the difficulty of the tougher levels. The rhythm of a hard level changes without the brute force of savescumming or the interruption of game overs. It widens the gap between a level with a strong pace and a level that's merely interesting.

And that's just the high and the middling tiers. The sewers of the hub world overflow with poor choices, themeless and spineless – many where hazards seem to have been placed at random. One is just a series of hallways. The cruel levels let you skip them, and the rest are bad in magnificent ways – like Zsaber's A Mega Man for All Seasons, where you play through the same few screens four times, in different seasons, to rescue historical martyr Sir Thomas More from being executed for his Catholicism. A lot of cleverness went into changing the stages layout to reflect different times of the year, all to make a statement about the Reformation and capital punishment as acted out by big-eyed anime robots. Bathos does not reach more intense heights. 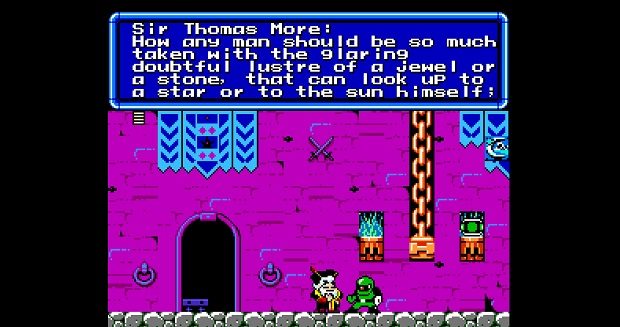 The tiering of levels is helpful, but not necessarily the final call on whether you should play one. One level you owe it to yourself not to skip is Yggdrasil, whose tileset tries and fails to make the side-scroller look isometric. The level is dependent on the player taking advantage of the screen wrapping around, but there are no visual tells as to which walls are borders and which will take you across the screen. Often the only way to find out is to jump and die. The whole thing comes with cutscenes acting out the plot of a webcomic made by the level's designer, which I admit would have blown 12-year-old me's mind. 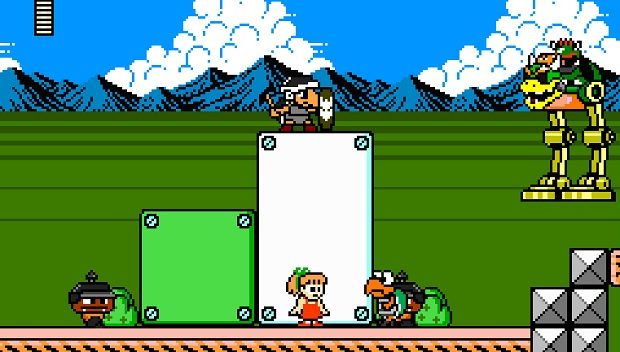 For some arcane reason there are two levels based on the 2010 masocore hit VVVVVV, both taking unique directions. One focuses on the instadeath challenges of its source game, despite changes to the pace and the checkpoint system. The other VVVVVV level takes advantage of Mega Man's health bar for gentler challenges, but ends up feeling more crowded than either VVVVVV or Mega Man. It's the kind of double feature you could only get in an omnibus like this.

In many ways, MaGMML2 is tailor-made for Twitch streamers to get fashionably angry about. It's a more dynamic experience than most “kaizo” hacks. You will die often, but in a diverse variety of circumstances. There are bosses of all sorts, from a robot powered by glitches to a planet that hovers out of your reach, invincible – until you realize his gravity pulls your bullets toward him. Some of them don't signal their attacks and decimate the player unfairly, but the game gives you enough cheap tactics to cheese on through. You will have the challenges of good boss design beaten into you, sometimes to within an inch of your life and beyond. 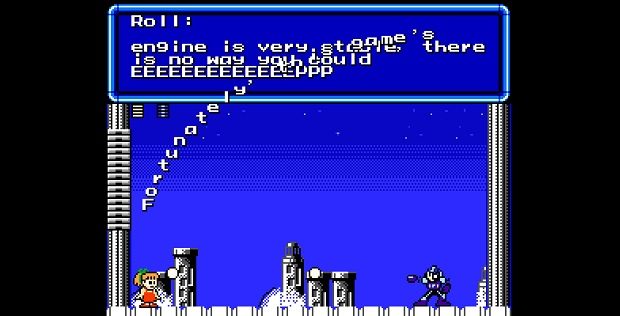 Each level is accompanied by surprisingly detailed essays from each of the five judges. My absolute favorite is judge “Enjl” quite sincerely trying to discuss a level whose gimmick “is nice, but the only thing it does with the idea is a quiz that requires knowledge of the Shrek movies.” It's like the game was programmed by geniuses and designed by dogs in suits participating in some misguided corporate social responsibility scheme.

The only objective problem is in Blackmore_Darkwing's fourth place entry, set in an ice cream factory with all-original tiles and hazards and a unique boss, Neapolitan Man. You hop over shattering cookies and duck beneath bullet patterns affected by the flavor of ice cream being fired. In Mega Man tradition, one enemy is a giant KitchenAid mixer with cartoonish angry eyes. Those horrible broken tracks from Guts Man's stage in the original series have been put to better use – now buckets of ice cream wobble along them, tipping over and attempting to drown you. It's wildly inventive and does more with its theme than the series it apes would have. However, the boss clearly should have been named Ice Cream Man, and for this sin, there can be no forgiveness.

You can download Make A Mega Man Level 2 right now.