Marvelous Ms Marvel will assemble the super friends in September, but you'll be able to go for a test flight a couple weeks earlier. Crystal Dynamics have announced the beta test dates for Marvel's Avengers. Before that, another War Table livestream is queued up for the end of July to give you another look at the super squad in action.

Relevant for PC players are the dates August 14th and August 21st. On the 14th, PC players who have pre-ordered the new Avengers adventure will have access to the beta. August 21st will kick off an open beta for players across all platforms. 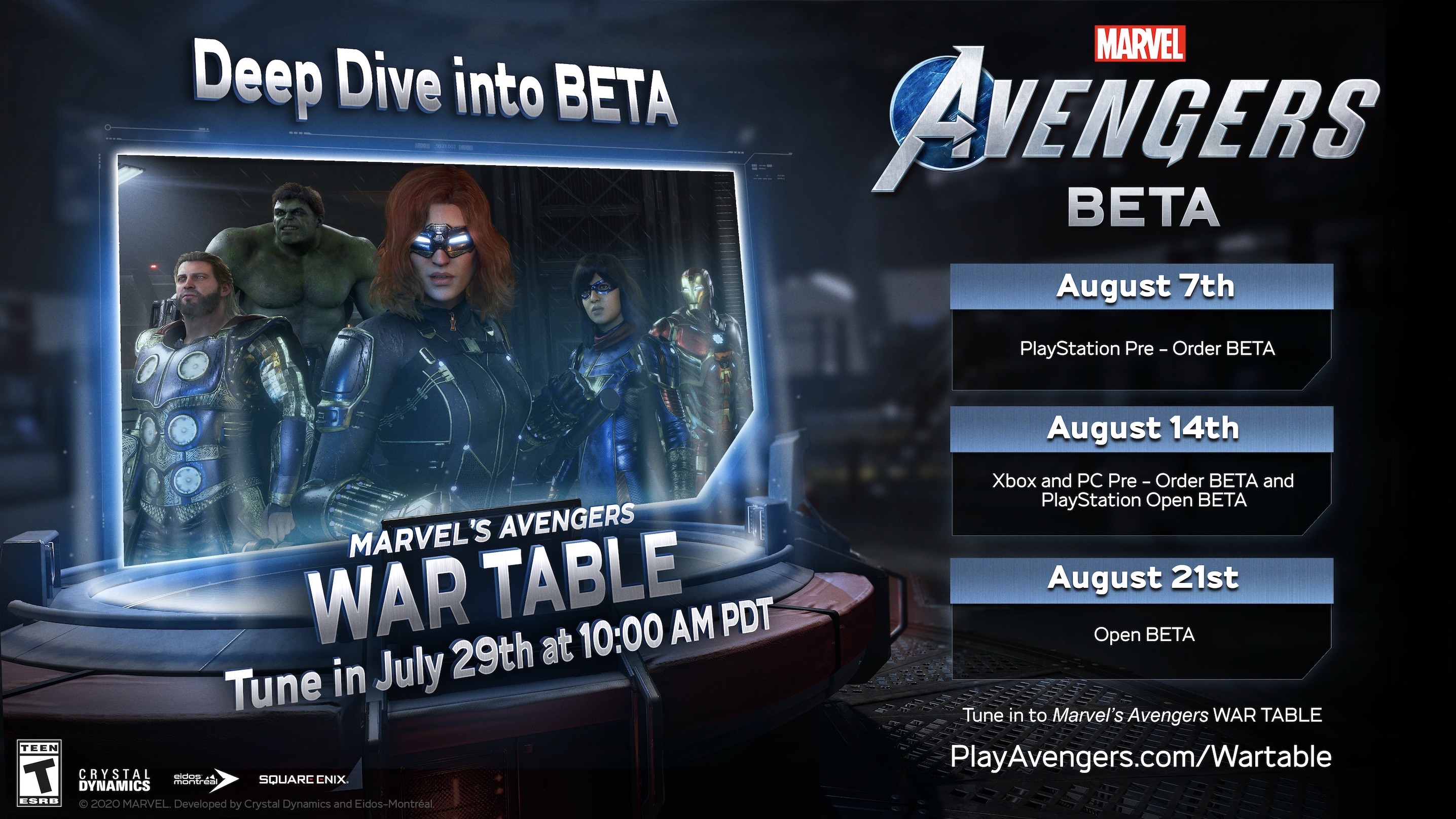 "We built the beta in such a way that you can experience most of things that you’ll be doing in the full game," creative director Shaun Escayg tells IGN.

"That means playing a piece of the original single-player Avengers story campaign, fighting through co-op missions, experiencing hero and world progression, and exploring War Zones and Drop Zones, a new kind of mission we’ll talk about in the upcoming War Table on July 29. This beta is meaty, but it’s only a small part of the finished game."

Crystal Dynamics' first War Table livestream assembled lots of robo-punching new gameplay. We learned about evil corp AIM and their goals to destroy inhumans, led by their odd robo-leader MODOK. Thor also got to show off his hammer skills in one of his personal Hero Missions.

Here's those dates for ya one more time to write in your planner. The next War Table livestream is on July 29th at 6pm BST / 10am PDT. Open beta for Marvel's Avengers begins August 21st. A-Day, as they call it in Avengers land, is on September 4th.