Middle-Earth: Shadow of War's much-maligned loot boxes are gone for good, thanks to a major patch today. The blood-splattered Assassin's Creed/Batman/Pokemon hybrid no longer crams orcs into chests to be sold for cash. If you want them to join your army now, you'll have to do it the old-fashioned way; beating them up and forcing them to. The massive patch notes also include some game-changing tweaks. Below, my thoughts on some of the bigger changes.

The big thing for many here is that you can't buy orcs at all, no matter how much Mirian (now sole currency of the game) you have. You can, however, buy Training Orders to upgrade and modify your existing orc horde. If you want to bring a favourite officer with you to a new region, you can spend some money to pack their bags and bring them with you. 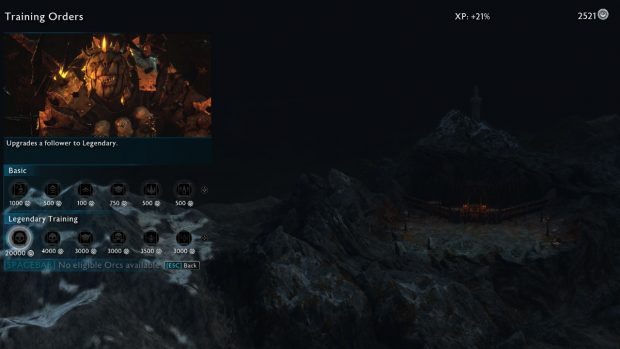 Shadow Wars, the overlong endgame segment of Shadow of War has been truncated, as the game now has a proper Endless mode for players who want to fight forever. Shadow Wars now rewards some special gear as you progress through it, and there's even some new dialogue sequences on the way to that final ending.

Progression and levelling in general has been tweaked. The max level cap is now 80 for you (with a new Prestige Skill system, which I'm eager to dig into), and orcs can go as high as 85. Money can also be spent to upgrade favourite-but-outgrown gear to your current level, and XP rewards for some activities have been increased. 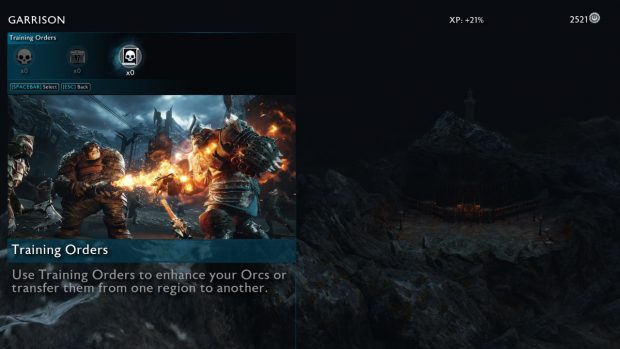 The Nemesis system has seen a few nice additions too. Legendary orcs are now more commonly found, and your followers will occasionally bring you captured Worms to drain for intel, which is nice of them. Necromancer type enemies now have a chance to really flex their skills and raise themselves from the dead on the spot, which is just plain sassy.

Those returning to see how this patch has changed things, I recommend trying Brutal difficulty, added in an earlier update. Like Gravewalker difficulty it makes enemies far more aggressive and damaging, but boosts your power to match. It also raises the rate at which you gain Might and Wrath (more special moves), and you start off with a single Last Chance, making the early game a little less unfair. Shadow of War is more fun when you die sometimes, anyway.