Upon arriving in the third main location of Monster Hunter: World, you'll likely be dazzled at just how different it is compared to the forests and deserts that came before it. This is all before you encounter the Tzitzi-Ya-Ku, the first larger monster you'll see along the way to building a new camp. Well, larger may be over exaggerating a bit as it's by far the smallest one you'll face in the game. This guide will go over what how to kill it, what its weaknesses are, and how to avoid its flash.

Likely the first monster you'll encounter in the Coral Highlands, the Tzitzi-Ya-Ku is a rather easy foe to defeat compared to some of the monsters you've faced before it. Still, it's a good idea to remind yourself of the things you need to do to prepare to hunt it, so head on over to our Monster Hunter World guide to get more tips and tricks for surviving. 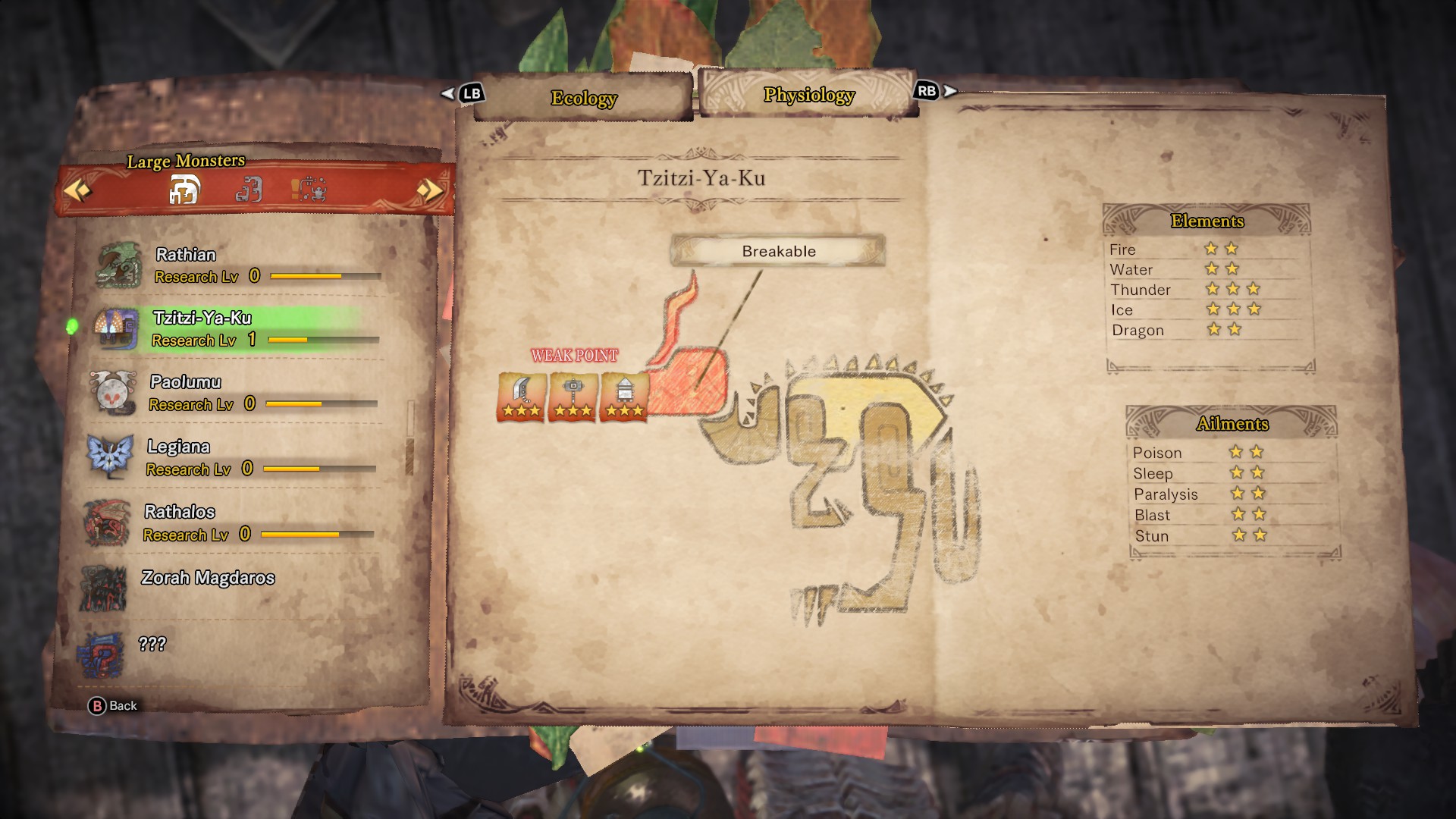 This little creature is surprisingly weak against most elements, but in particular it's worth taking either thunder or ice weapons or ammunition into this fight. It also has no particular resistances to any ailments, so you have a surprising amount of freedom to deal with the Tzitzi-Ya-Ku with whatever tactic you please, provided it can hit something as fast as this creature.

To slightly make up for this deficit, Tzitzi-Ya-Ku only has one weak spot. It should be fairly obvious from the cinematic that introduces this strange creature that smacking it in the head is the main way to deal with it. Ranged combat isn't really recommended as it doesn't offer any obvious advantages against its flash attack, so stick with melee weapons for now and get up close. 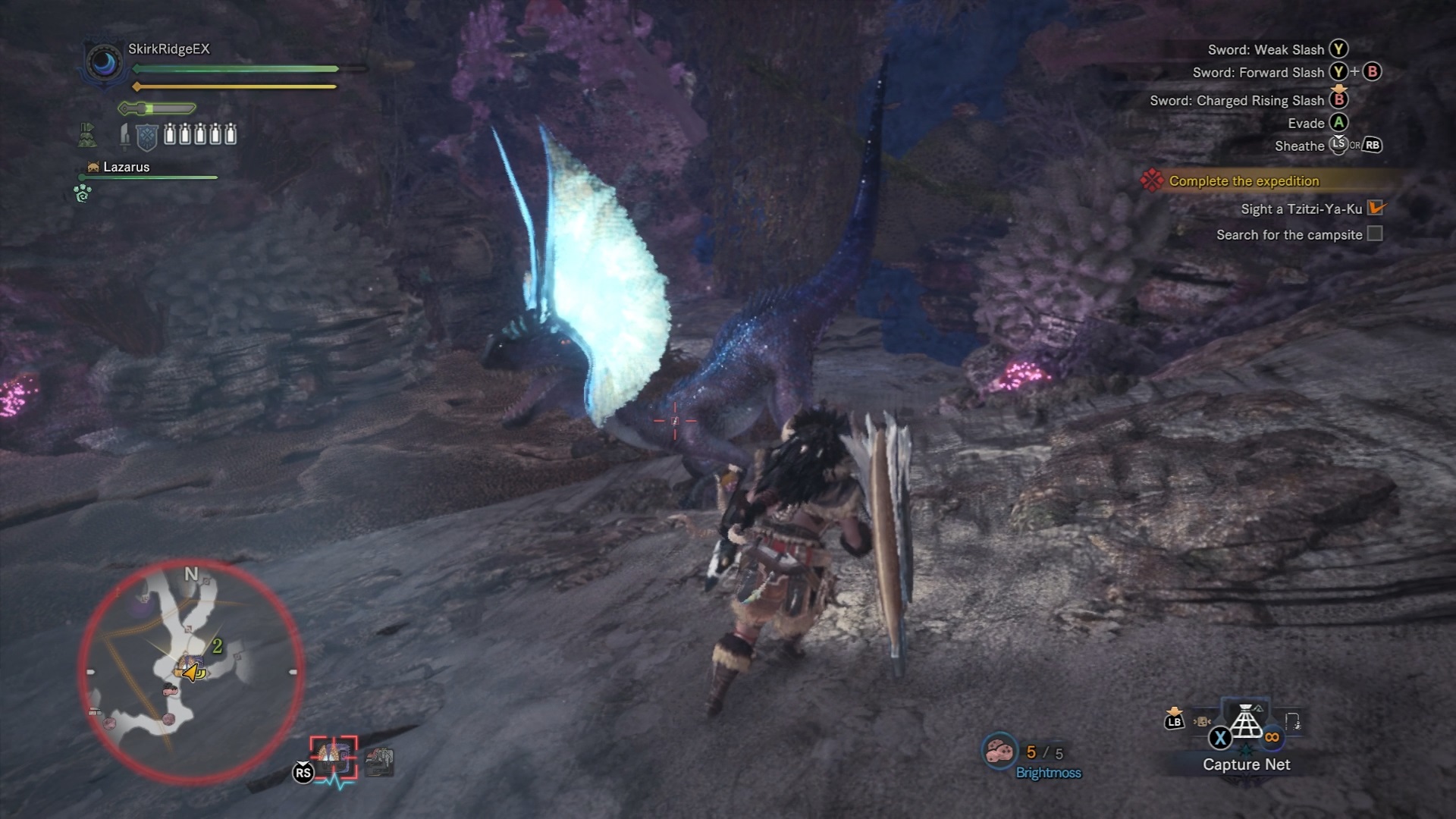 How to fight the Tzitzi-Ya-Ku

After the fight against the Anjanath, this fight is a bit of a cakewalk in comparison, but it can flummox those that aren't prepared for this nimble reptile. Tzitzi-Ya-Ku is very quick. While none of its attacks are particularly high-damaging, it more than makes up for it by being able to run circles around you and has very few telltale signs of when it's about to attack.

It can swipe with its claws, scuff the area around it with its feet, and swipe with its tail. If it does back up but still faces you, it may try to leap at you which is probably the most hard hitting attack it can do. Just dodge as you see it rear up to jump. When the red eye appears on the mini-map, it will attack quicker, so get ready to steer a little clear of it while it's gone berserk.

One other thing of note is that Tzitzi-Ya-Ku can easily stun you with its flash, opening you up to being attacked. Luckily for you, it telegraphs this by being a small distance away and opening flaps located on its head, making it some kind of frilled-head lizard. Think of that scene in Jurassic Park where Dennis Nedry gets accosted by the movie's adaptation of the Dilophosaurus, only with blinding light instead of venom spitting.

It'll flash its light twice, before unleashing a blinding light that will stun anything in its cone radius. This is the perfect opportunity to get up close and slightly off to the side of its head to avoid the flash. It will be momentarily vulnerable to any attacks, so you can get a few hits in while it recovers. Its frills are also breakable and will render this attack useless, thus creating even more opportunity for a big combo. Raising your shield if you have one is also a good way to not get blinded.

When Tzitzi-Ya-Ku is low on health, it will return to its nest around Section 7. Not only is this the perfect time for capturing it, it's also the perfect opportunity to deal as much damage as possible. It shouldn't be too long before this tiny reptile is slain.

What materials can I get from the Tzitzi-Ya-Ku?