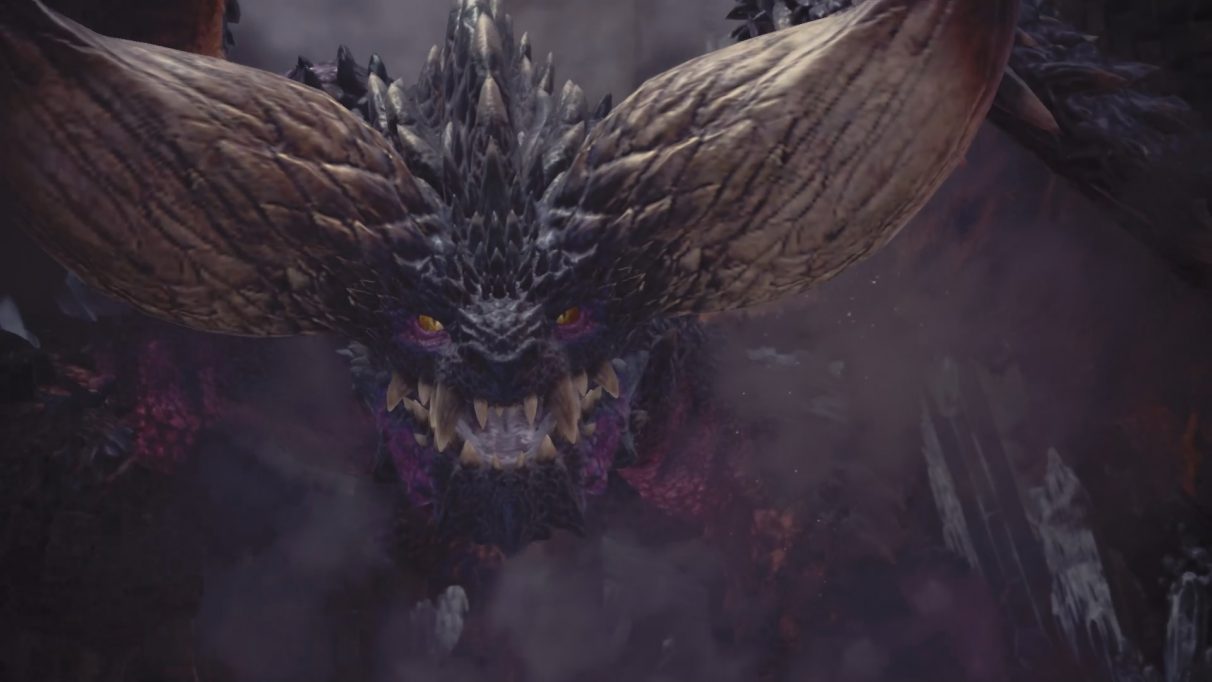 Our Monster Hunter World guide will go over the basics of the hub area, provide some hunting tips, and act as its own hub area by hosting a bunch of links to various guides, including individual boss guides. 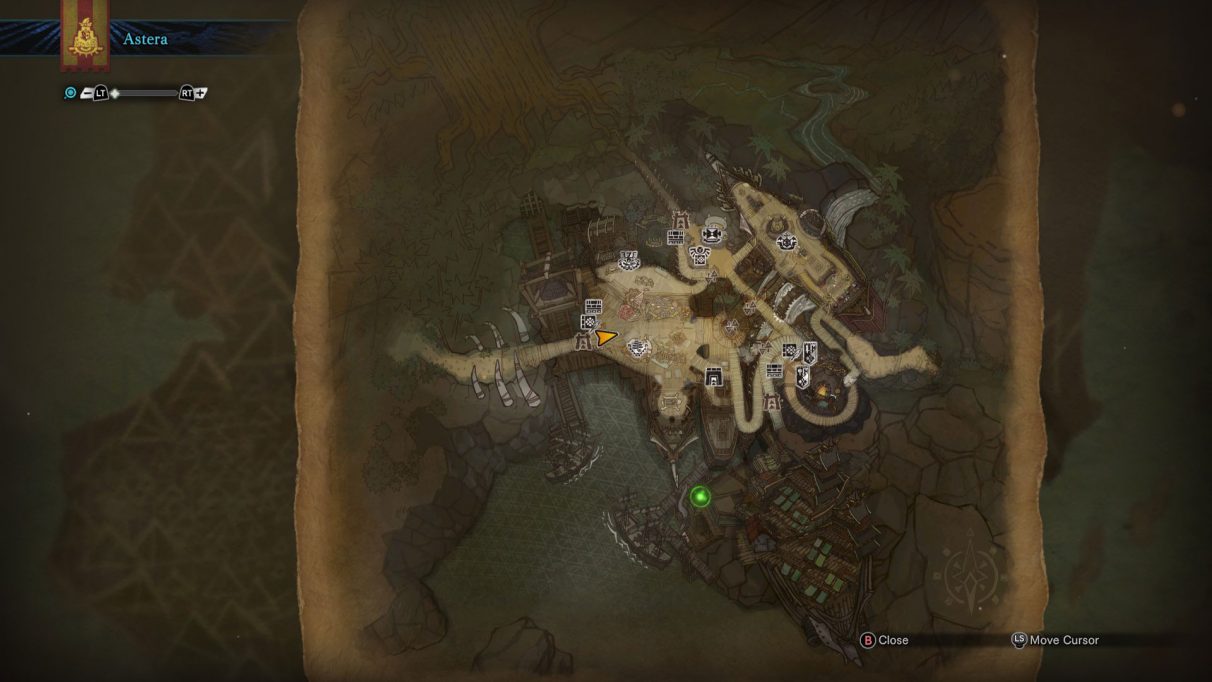 The main hub area of Astera is a huge, bustling place, full of people plying their trade for that all-important Zenny. It's therefore a little intimidating for newer players to make sense of what's on offer. You are shown around a little bit when you start out, with the Smithy and Canteen being highlighted, but everything else is left for you to discover. You can bring up the map and hover over certain icons to show where things are, but accessing them isn't 100% obvious and not everything is unlocked immediately for use.

On the ground floor is where the Tradeyard is. This includes the provision shop, the bounty request, and a short climb up the stairs to the north are the ecological and botanical research centres. This is also where the big table that has each commander gathered around it, as well as your quarters to allow for accessing the training area and your Palico's inventory. Eventually you'll also unlock the ability to transmute items into other items, which will be located nearby the provision shop.

As for where the armoury is, the second floor houses the Smithy and the Armourer and you'll be spending a lot of time here; crafting new items and upgrading them to be able to take on new and more dangerous monsters. Always check here for if the items you obtained are enough to upgrade your equipment. For more information on weapons, check our Monster Hunter: World combat guide.

Those who are a bit peckish can check out the third floor where the Canteen is. Not only can you grab a bite to eat before your next journey, but you can also complete a few quests to unlock new meal options. This is always the preferred method for getting your grub on before venturing out on a hunt. You can also find your Watcher on this floor.

Up one more floor is the Gathering Hub, where you can interact with other players online, grab a bite to eat together, take on the various Arena challenges, and find your fellow players on the server to go and hunt a certain type of monster.

At a certain point in the game, you'll awaken in some kind of base. This acts as a secondary hub, though nowhere near as packed with things to do. It has its own shop, but the main reason to keep coming back here is the Tailraider Safari. This allows you to send a group of Palico off on their own little expedition at the cost of a little research points. Each safari consists of five acts with stars indicating difficulty, with each focusing on a skill set: Hunting, Gathering, and Research. Matching the squad's proficiency with the right tasks is the best way to improve their chances of success, thus gaining better loot than if they fail.

It does become slightly irrelevant when you've upgraded your room in Astera, since the Palico attendant will also be able to dispatch Palico adventurers on Safari. You won't, however, get that rather adorable cut-scene, so it's up to you whether the trip is worth it. 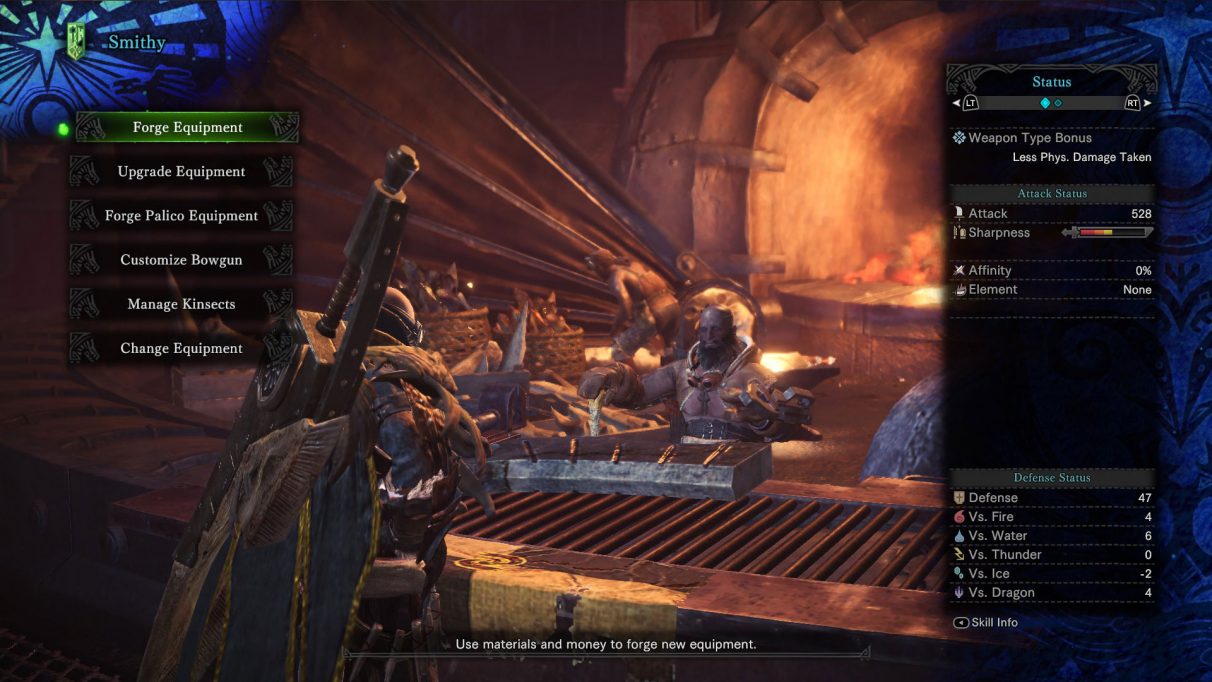 Now you know the big things that you need to know going in, there are some smaller details that you should always keep in the back of your mind at all times. After all, there's nothing worse than being unprepared and making a fool of yourself by using under-whelming gear. 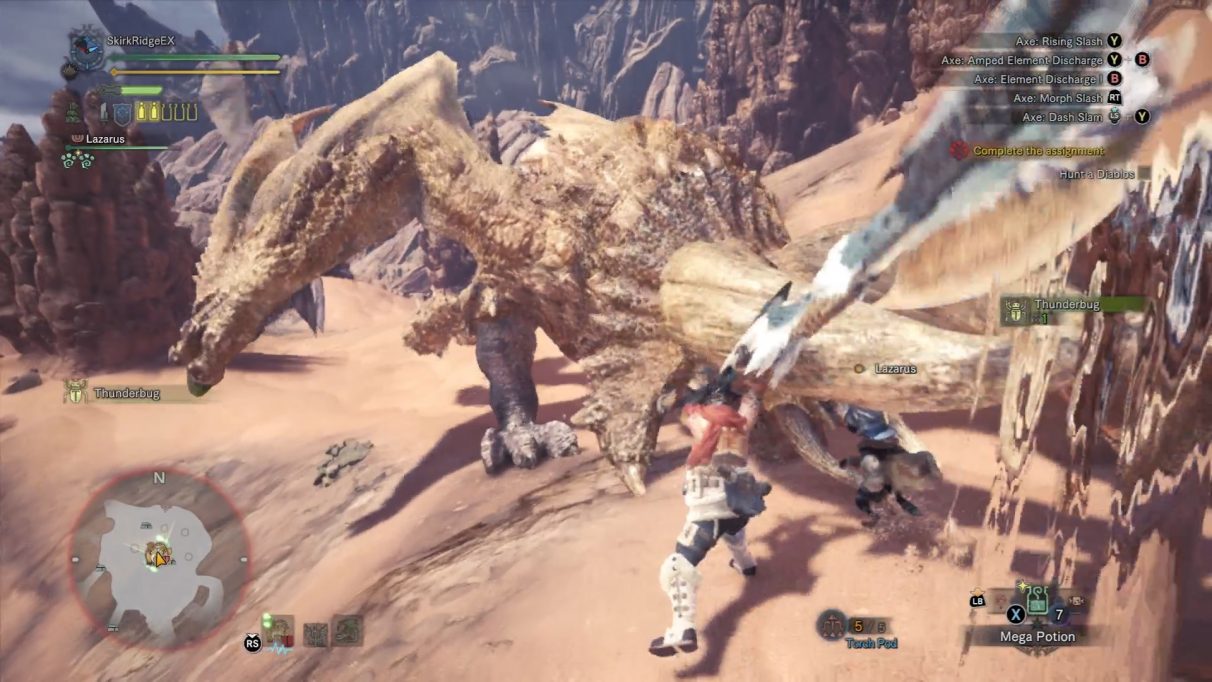 Always be upgrading your gear

First things first, try not to hoard items for upgrades. As soon as you can improve your weapons and armour, do so. Since you'll be creating a bunch of different ones to combat different strengths and weaknesses of the monsters you're trying to hunt, it's best to be prepared. You can always check out our Monster Hunter: World armour guide for more on that. If you don't have the necessary items required for said upgrade, you may need to go and hunt specific monsters to obtain the ingredients required for each hunt, just be sure to take a look at our Monster Hunter: World materials guide for details on where to find each item.

It may be tempting to just chase after a monster when it flees, but your weapon degrades as the battle goes on. Weapons have a certain degree of maximum sharpness, indicated by the coloured bar in the equipment screen. You'll want to keep it as high as you can as this will maximise your damage output. There will be times where you need to sharpen weapons multiple times, but it's worth taking out the time to do so. 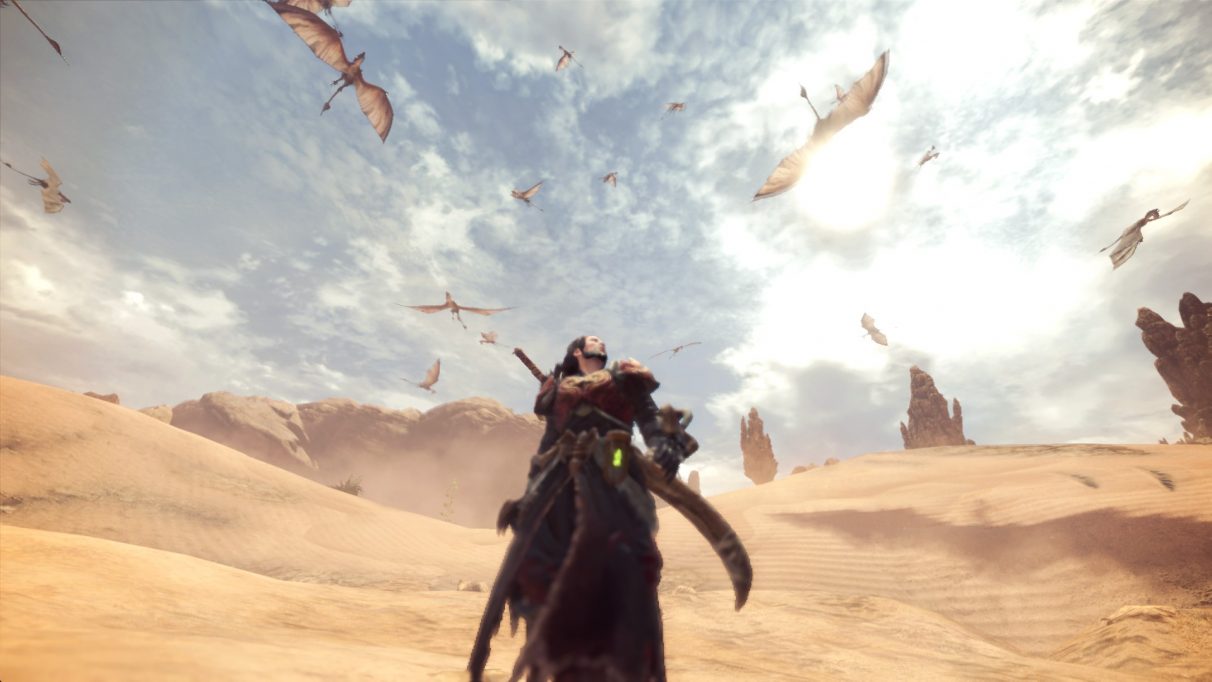 Change up your weapons

It may be tempting to choose a particular weapon type and stick with it for the duration of your time with Monster Hunter World. Don't rely on one weapon. There are weaknesses of monsters that are found out through research, and some include using certain weapon types to do so.

A good early example of this is using heavy hitting weapons on the Great Jagras's face, forearms, and torso can break them when hit enough, causing massive damage and knocking the creature prone. If you didn't bring a weapon such as the hammer and instead opted for dual daggers, you'll never be able to exploit that weakness. Most enemies have multiple weak points and elemental weaknesses, so make sure you prepare for that.

Also, don't be afraid to learn the flow of combat. Monster Hunter World's fighting is methodical at times, so knowing how to strike and how your chosen weapons work is key to mastering the game. You can always check out the training area found in your home to test out weapons to get a feel for how they work, but practising a few lower level hunts with your new weapon is the best way to get a feel for how to use them effectively. 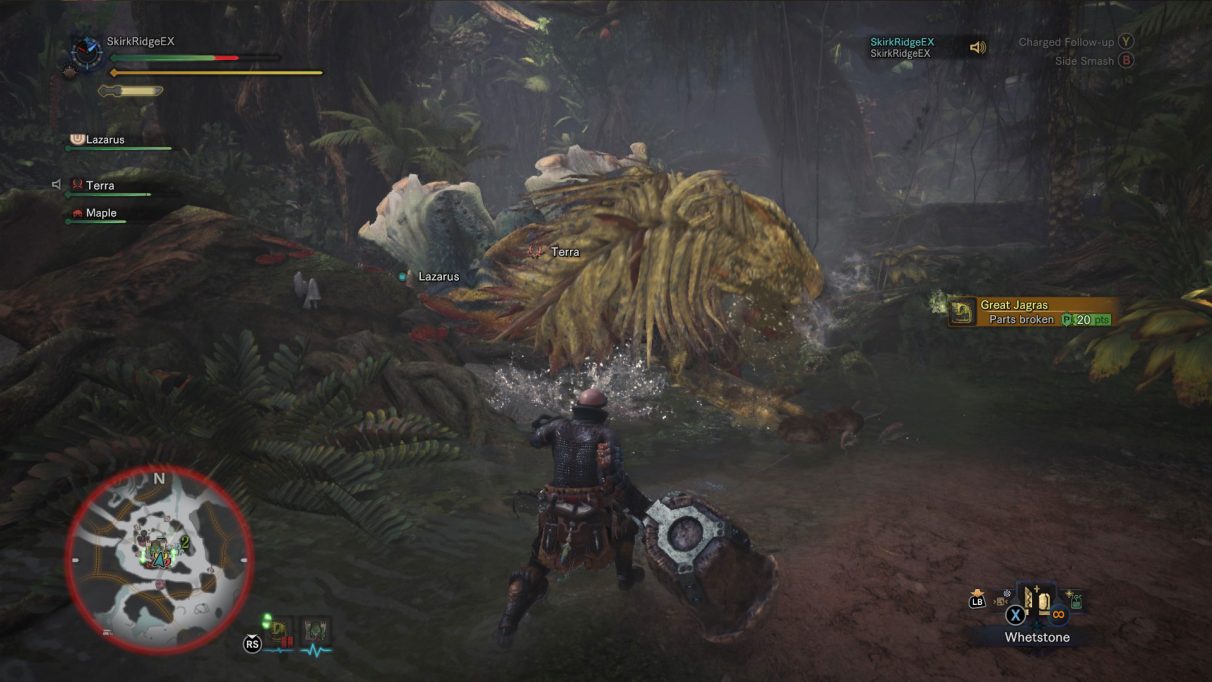 As for obtaining Zenny, a good and easy way to get lots of Zenny early on is to repeatedly hunt the Great Jagras in the Ancient Forest. If you start in the south-west camp, the monster will nearly always be towards the north-east of your position in the open area where the Kestrodon live, as it is their prey. Since each large scale sells for 1000 Zenny, while small scales sell for 500, it's a good way to get money fast.

Just be aware that the sell-all option after each hunt sells everything you get for rewards, including rare items, so make sure you don't have anything you need before clicking that option. Later on, money isn't as much of an option thanks to trade-in items that can be regularly brought into Astera, but if you're short on cash early on, this is a good revenue source. Later on, once you've unlocked the Argosy, you can request trade items to be delivered at the cost of Research Points, which is a much more reliable way of making money. 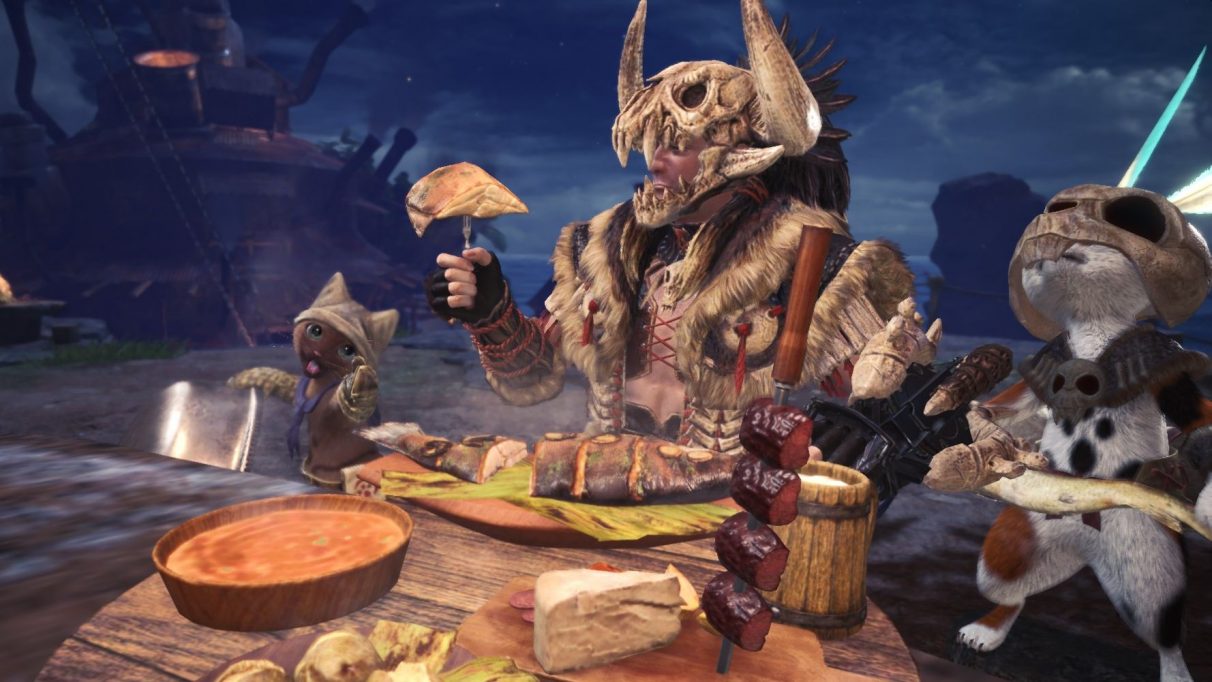 Prepare for each hunt

Preparation is the big thing to always remember before going off on a hunt. Getting into good habits may be the key difference between successful hunts and failing spectacularly. Some of these facilities are unlocked as you progress in the game, so if you don't have access yet, you'll have access to them eventually. If you need an aide-memoire, try to make a checklist of the following questions.

A lot of this will take a few minutes to sort out. Choosing what to eat before heading out on a hunt is a little more involved if you want to get the most out of it, our Monster Hunter: World cooking menu has a full list of ingredients. There may be instances where you need to hunt lower quarry in order to have the right upgrades for the monster you are hunting. Only once everyone is truly ready should you head out there. 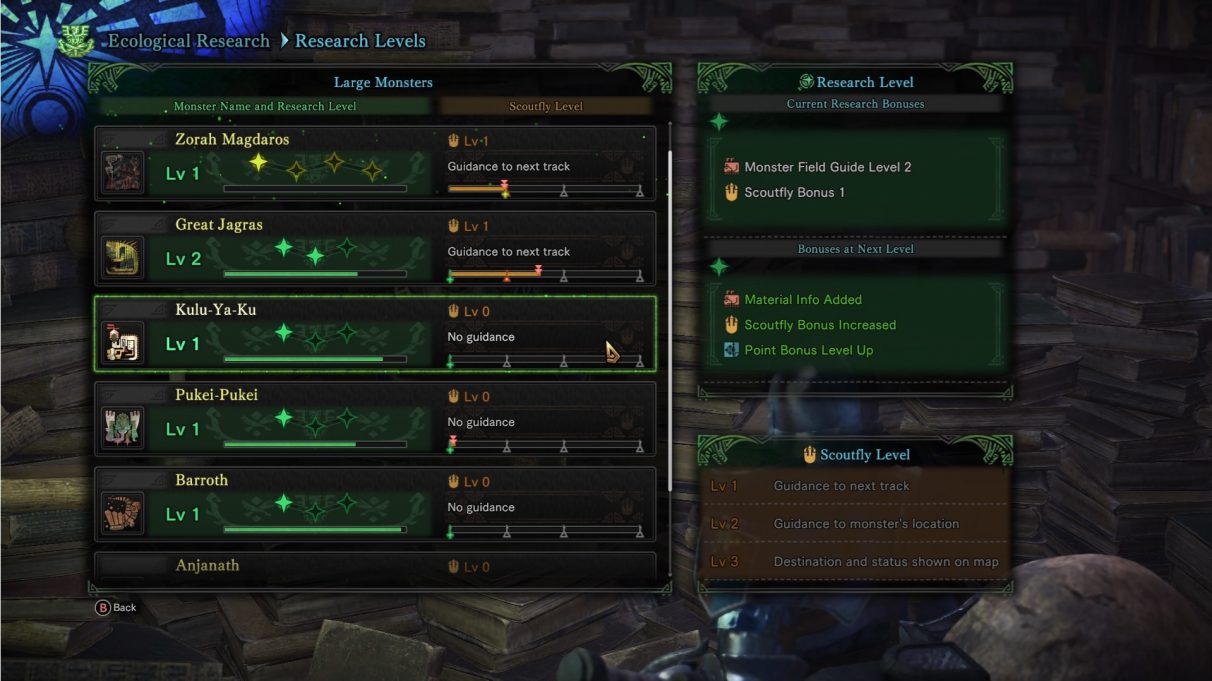 Always have a full set of Bounties

In the checklist, I mentioned having bounties all filled before setting out on a hunt. This is so that you'll always be rewarded for whatever you do and not miss out on items or Zenny that could be used to upgrade certain equipment. If there's ever a blank slot in your six bounty slots, make sure you fill it. The bounty shop is unlocked after defeating the Great Jagras for the first time, which is an early story quest. To access it, you'll need to speak to the Provisions Manager found nearby the Provisions shop. 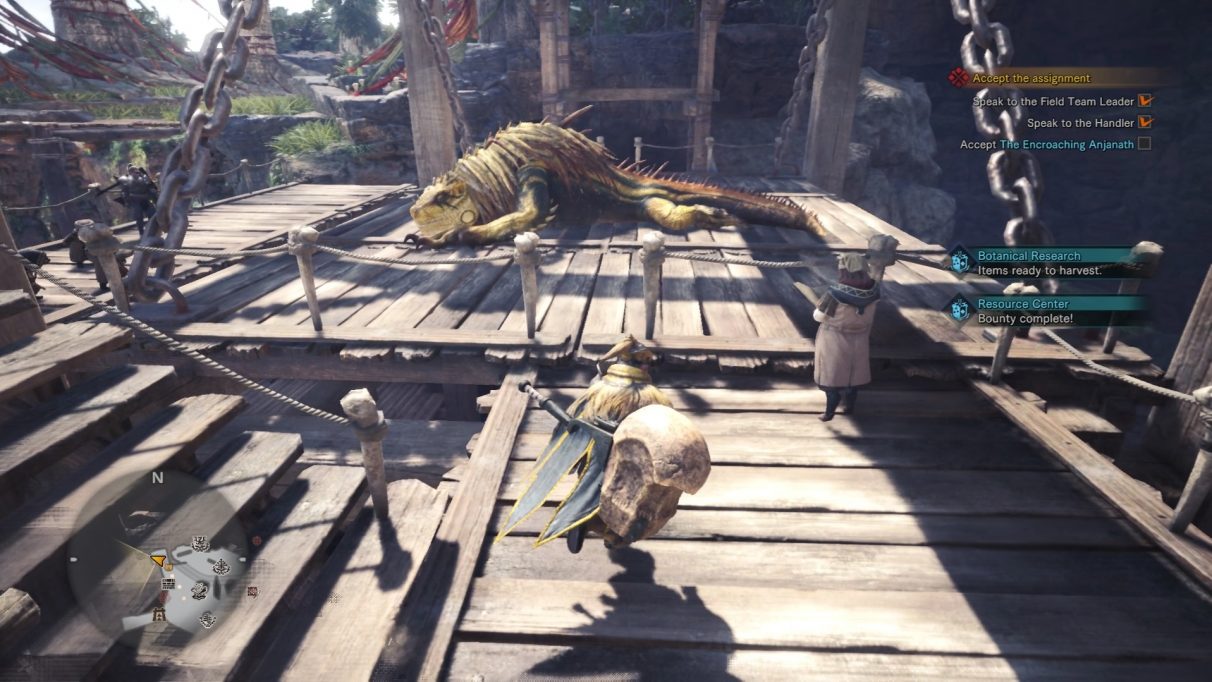 I go into more detail in our Monster Hunter: World capture guide, but generally speaking there's a slim chance of obtaining rare rewards for capturing a monster rather than killing it. There aren't really any obvious downsides, so learning how to capture a monster early on is advantageous. It also contributes more to researching that monster for future hunts. There are however certain monsters, such as the Elder Dragons, that you can't capture, so be sure that what you're fighting can be captured in the first place before attempting to do so. 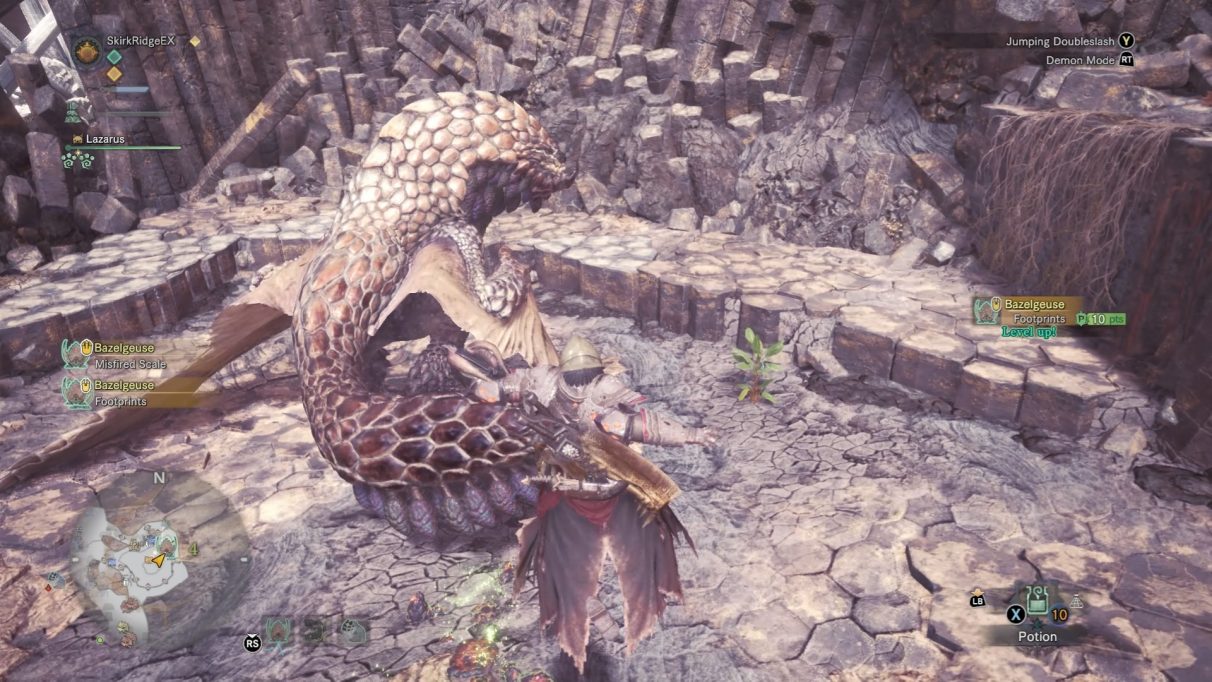 How to make unwanted monsters go away

There will be times, particularly while fighting against higher-ranked monsters, when another monster comes in to ruin the fun. Most of the time, it'll fight your target, but there is also a rare case where the two monsters, Lunastra and Teostra, will team up against you. This isn't so much of a problem early on, with some attacks even weakening monsters or making them drop materials. Then there's the Turf Wars that monsters can get into which not only look really cool, but will usually mean both monsters take damage (this isn't always the case though).

However, when you have a Bazelgeuse or Deviljho harassing other monsters that you're targeting and catching you in the crossfire, maybe flinging some dung isn't such a bad idea. Dung, if it is thrown against the interrupting monster, has a chance of making it run away; probably due to the embarrassment of smelling so bad. If you're going after targets where this is possible, make sure to have some dung available.

Try to get to Hunter Rank 16 before Monster Hunter World: Iceborne comes out

Monster Hunter World now has an expansion, namely Iceborne. In order to even access the new lands, you'll need to be Hunter Rank 16. This means that you need to at the very least have beaten the final boss of the main game. This can be quite a daunting challenge on its own, but remember that you can always ask other players to assist in your hunts.