We're now into the final stretch in our Monster Hunter: World guides and first up is the great lion-faced Elder Dragon itself - Teostra. As one of the few Elder Dragons, this beast can't be caught, so must be slain, which is no easy feat given its rather explosive character. In fact, its most devastating attacks can come as a bit of a nasty surprise for those unprepared. This guide will go through each attack that Teostra can execute and how to dodge them, as well as tell you how to kill it and what its weaknesses are. 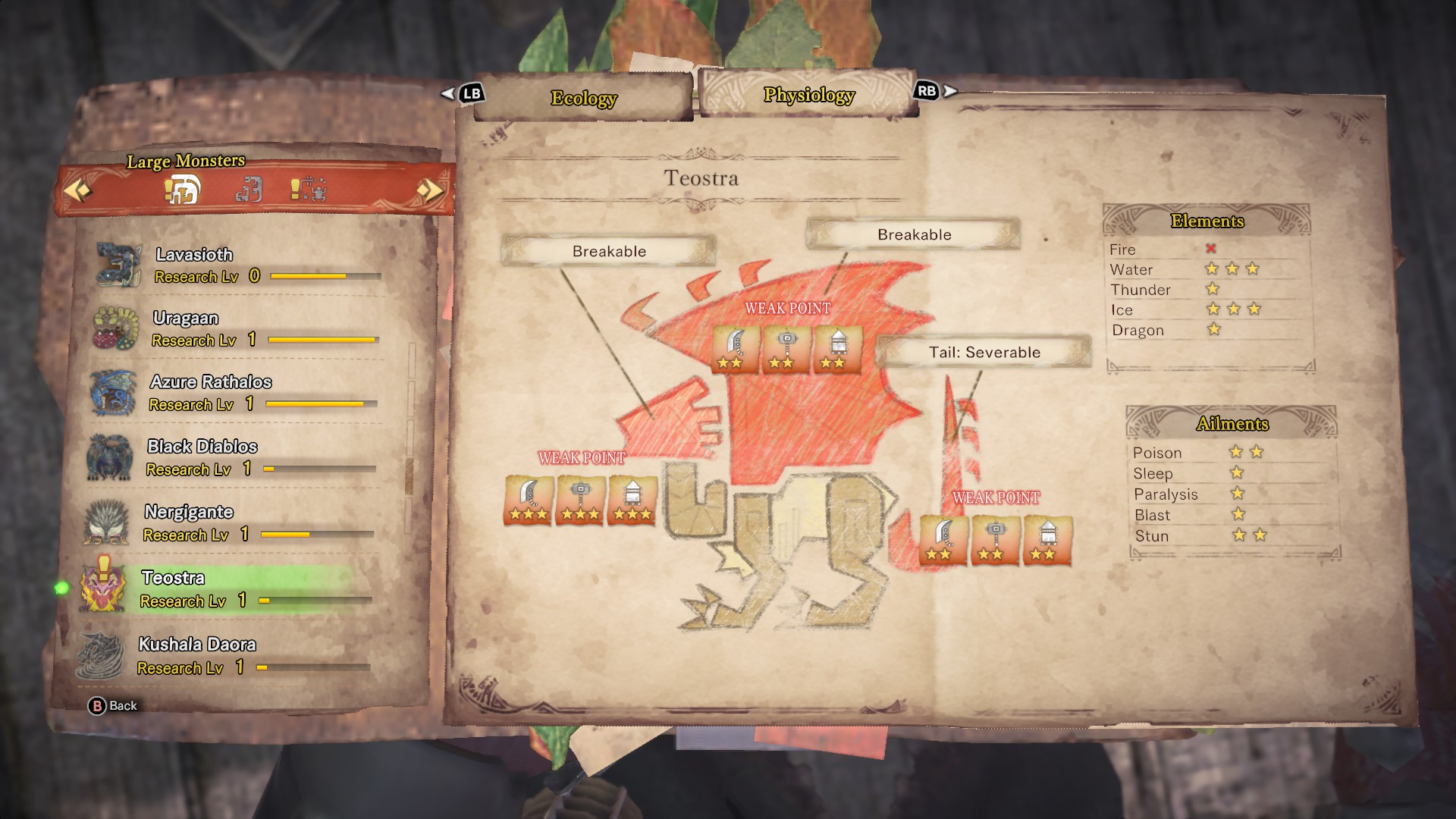 It shouldn't come as much of a surprise that fire is ineffective against Teostra, given that it's pretty much always on fire. Naturally, water and ice are its two major weaknesses. Thunder and dragon have relatively small affect compared to water and ice, so shouldn't really be used over those two elements. What it lacks in resistance to water and ice, it makes up for in ailment resistance as only poison and stun have a limited chance of doing much against it. Sleep, paralysis, and blast are almost completely ineffective against this Elder Dragon.

Teostra's weakest point is its head, while its wings and tail are also very prone to being damaged. Unlike many other monsters in Monster Hunter: World, its only breakable parts are its weak points, with the tail being severable. No weapon is particularly effective over the others, though you may wish to consider bringing ranged weapons if only to completely avoid its most brutal attack. 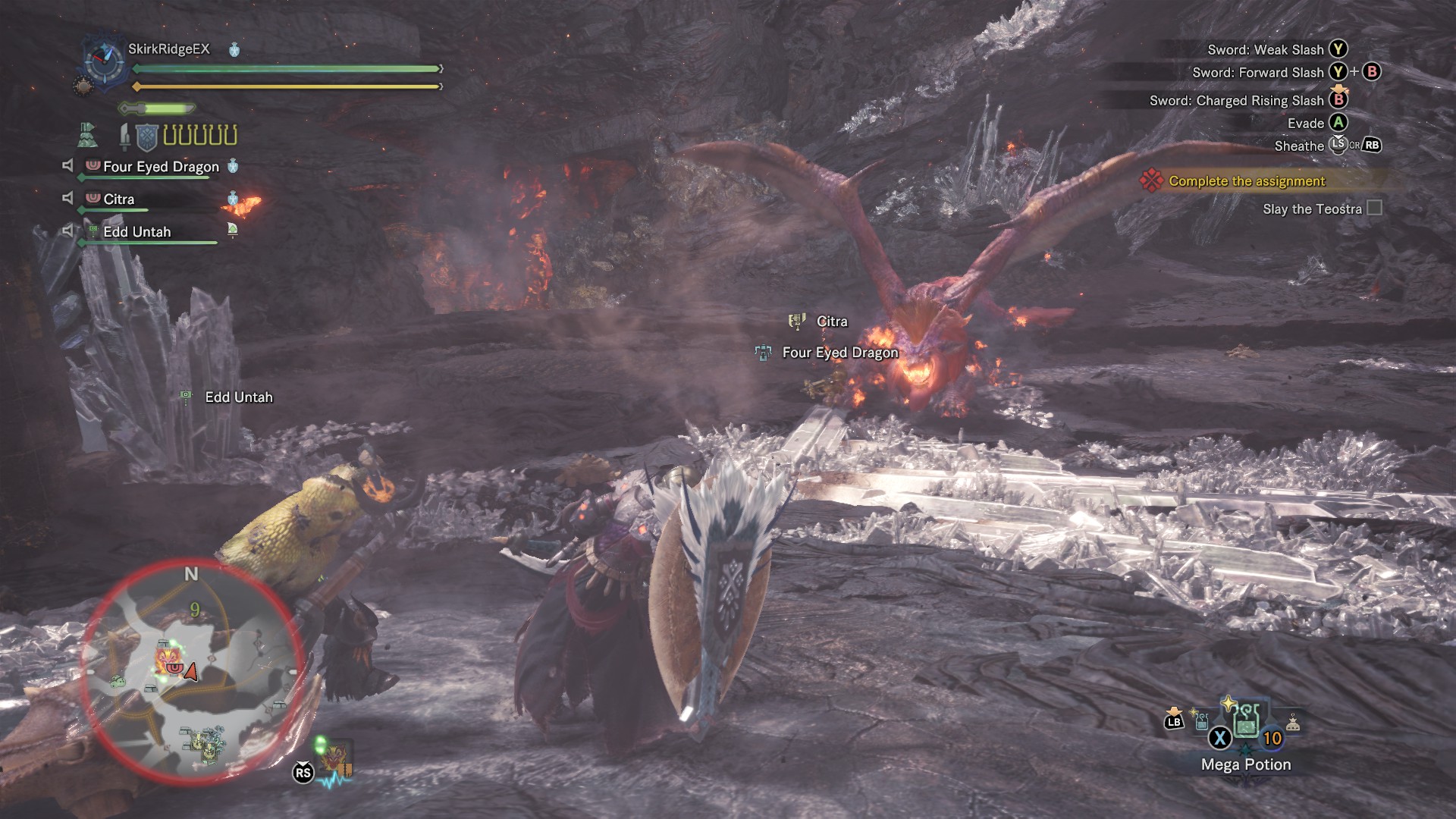 As this is an Elder Dragon, you can't capture it, so no Tranq Bombs should be brought into this fight. Instead bring along all the barrel bombs you can carry, as well as any available healing and health/stamina boosting items. This is a rather nimble Elder Dragon that excels in combat, no matter if it's at close or long range.

Up close, Teostra can flick its tail twice, as well as the usual biting, charging, and claw swipes which are all easily avoided and have obvious tells as to when it's going to do them. Things get a bit more dicey whenever it starts to spark up, as it can inflict blastblight, which will instantly kill you if you're hit by a fire-based attack. Just dodge or dive to the side, depending on the attack, and make sure you don't run into the sparks to avoid any risk of being blown up.

Teostra has a lot of projectile based attacks too. It has a flamethrower attack where it shoots flames to its left, panning over to the right hand side, then back to the left. This is a good opportunity to get some hits in up close, as long as you're behind it. It can also do a close range spread of fire, which can potentially catch you off guard, but it does nowhere near the damage the flamethrower does, but leaves sparks behind that detonate to cause fireblight on anyone caught in the blast. Whenever it is on fire, it can also fly into the air to breath flames, as well as augment its physical attacks with fire, as well as send a trail of explosive sparks in a straight line.

One nasty habit it does have is to roar a lot. This will stagger anyone in the vicinity and those close enough can be open to being hit. If any gear you have has resistance to this, then consider wearing it in this fight, but otherwise just keep stocked up on healing items as it can be tricky to avoid any upcoming attack once you recover. 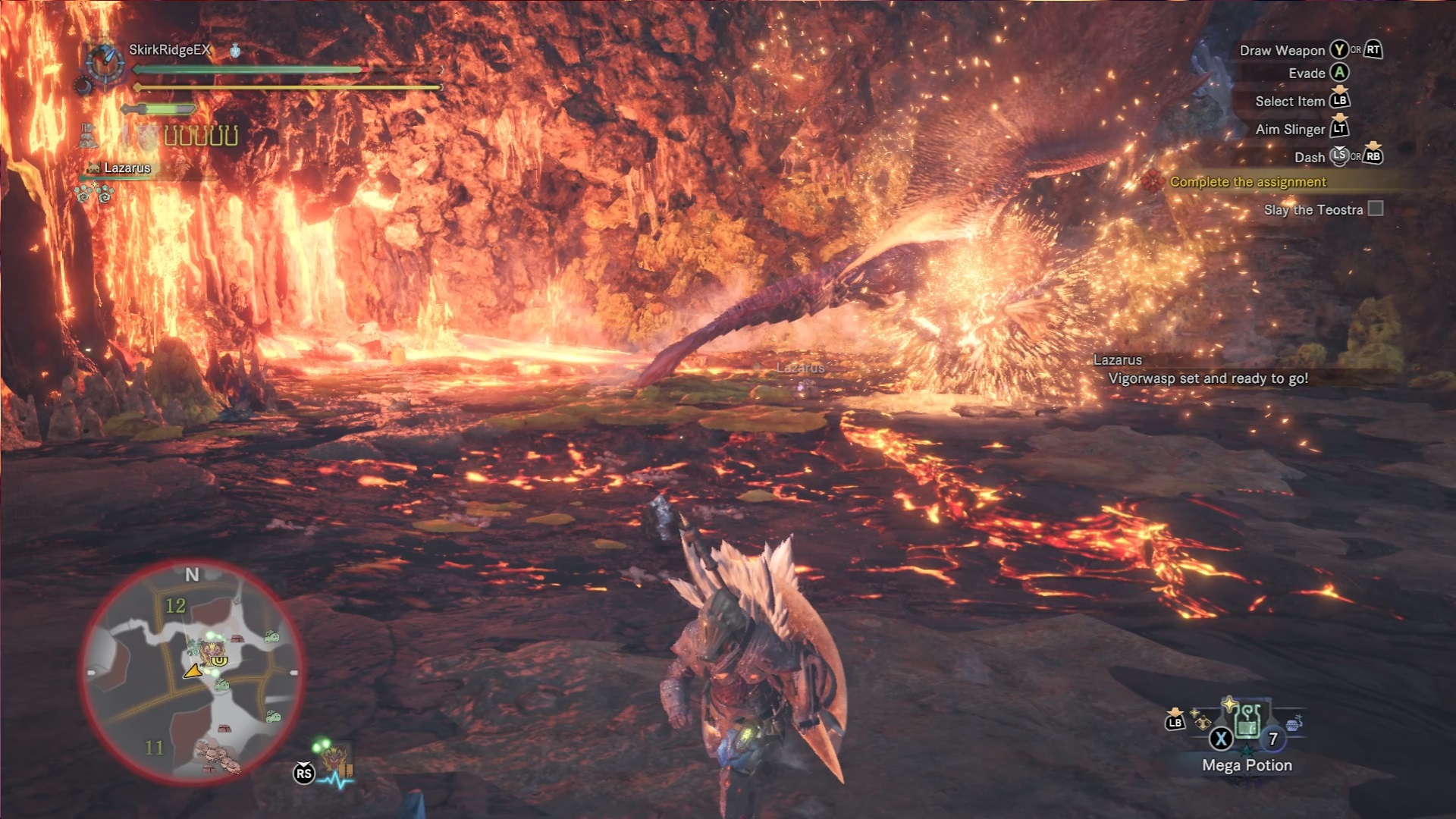 How to dodge Teostra's explosion

Teostra's most deadly attack is one that's built up over a long period of time. You'll soon notice that it has sparks that engulf it as it attacks, which grow in intensity as the fight goes on. Eventually it will reach a critical mass of sorts, hover in the air and crunch up before erupting in a huge ball of flames. This can take out a hunter at full health if they're not careful, even at its most regular form.

It can be tricky to know exactly when this attack is coming, particularly if you're getting stuck in and fighting it up close. The general rule of thumb is that any time Teostra takes to the skies, get ready to run as far away as possible. If you think you're far enough away, run even further until you're absolutely sure you're far enough away. Once it has erupted, head on back as it takes a while for it to land, giving you a moment of opportunity to get a few hits in.

What materials can I get from Teostra?

Teostra is definitely one of the harder fights in the game, but has materials that are sought after.  The best way to consistently obtain them is to team up with other players to fight this monster again and again for better rewards. Those looking to team up with friends should check out our Monster Hunter: World PC multiplayer guide. For more on how to use these items, you can either check out our Monster Hunter: World combat guide or our Monster Hunter: World armour guide. In the list below, the stars indicate the frequency in which the item in question will drop, as well as details on whether some items are obtained by breaking a specific part of the monster.