We're now into the final stretch in our Monster Hunter: World guides and it's time to go up against the wind dragon - Kushala Daora. This dragon can be initially deceptive as it is relatively passive until it's attacked. However it can quickly make killing it a nightmare thanks to its tornados, particularly when it is cornered. This guide will go through each of Kushala Daora's attacks, including the wind-based projectiles to watch out for, as well as tell you how to kill it and what its weaknesses are. 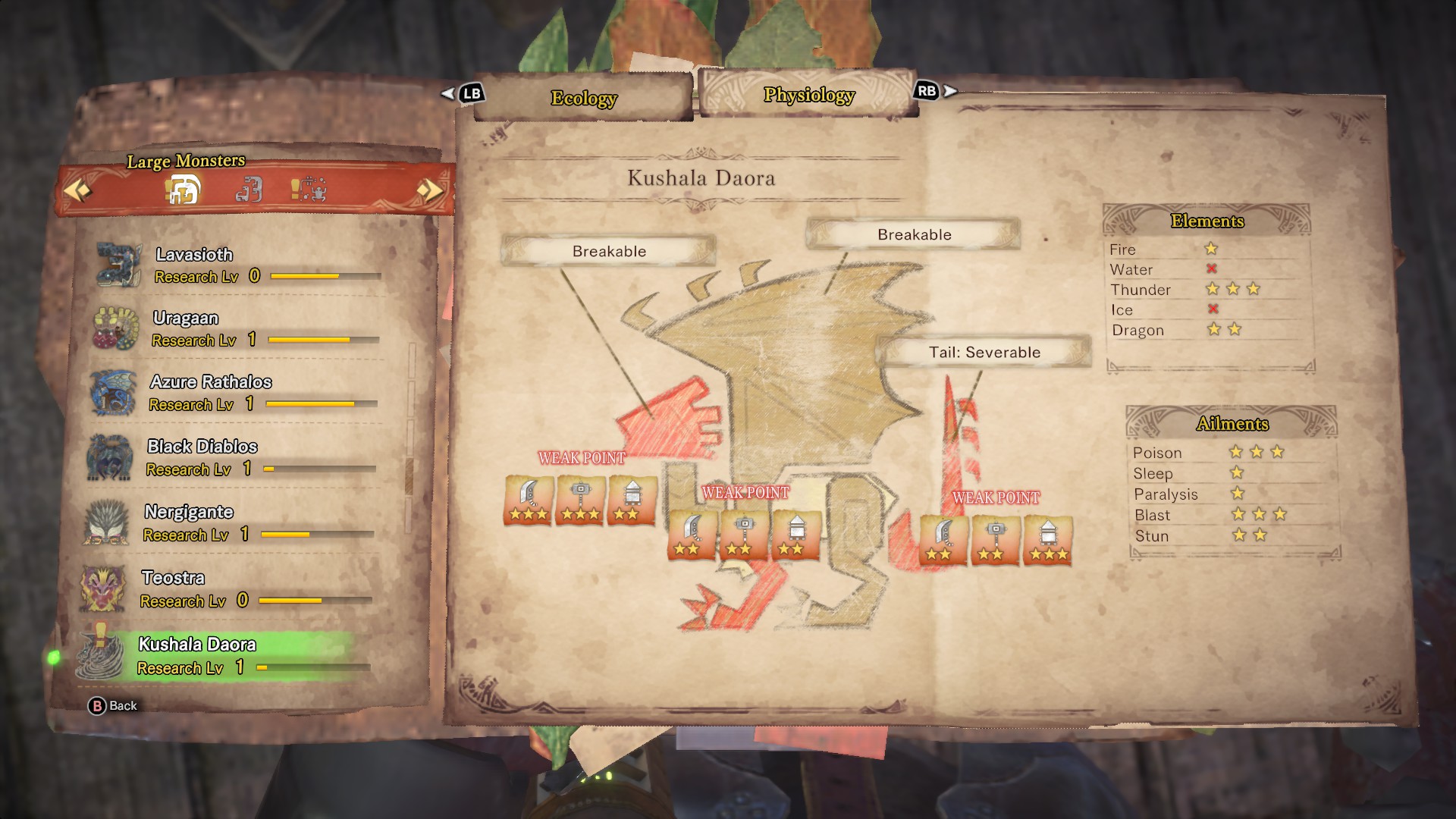 While wind isn't exactly an element in Monster Hunter: World, Kushala Daora is very weak to thunder and slightly less weak to dragon. While fire isn't recommended, it's a lot better than bringing either water or ice to this fight as there are resistances to both elements. As for ailments, both poison and blast work really well against it, and you should definitely take some flash pods with you for stunning it.

Kushala Daora's main weak point depends on what you're attacking it with. Melee weapon users of both blunt and bladed varieties should concentrate on the head where possible, while ranged weapons have more success attacking the tail. Breakable parts include the head and wings, while the tail is severable. 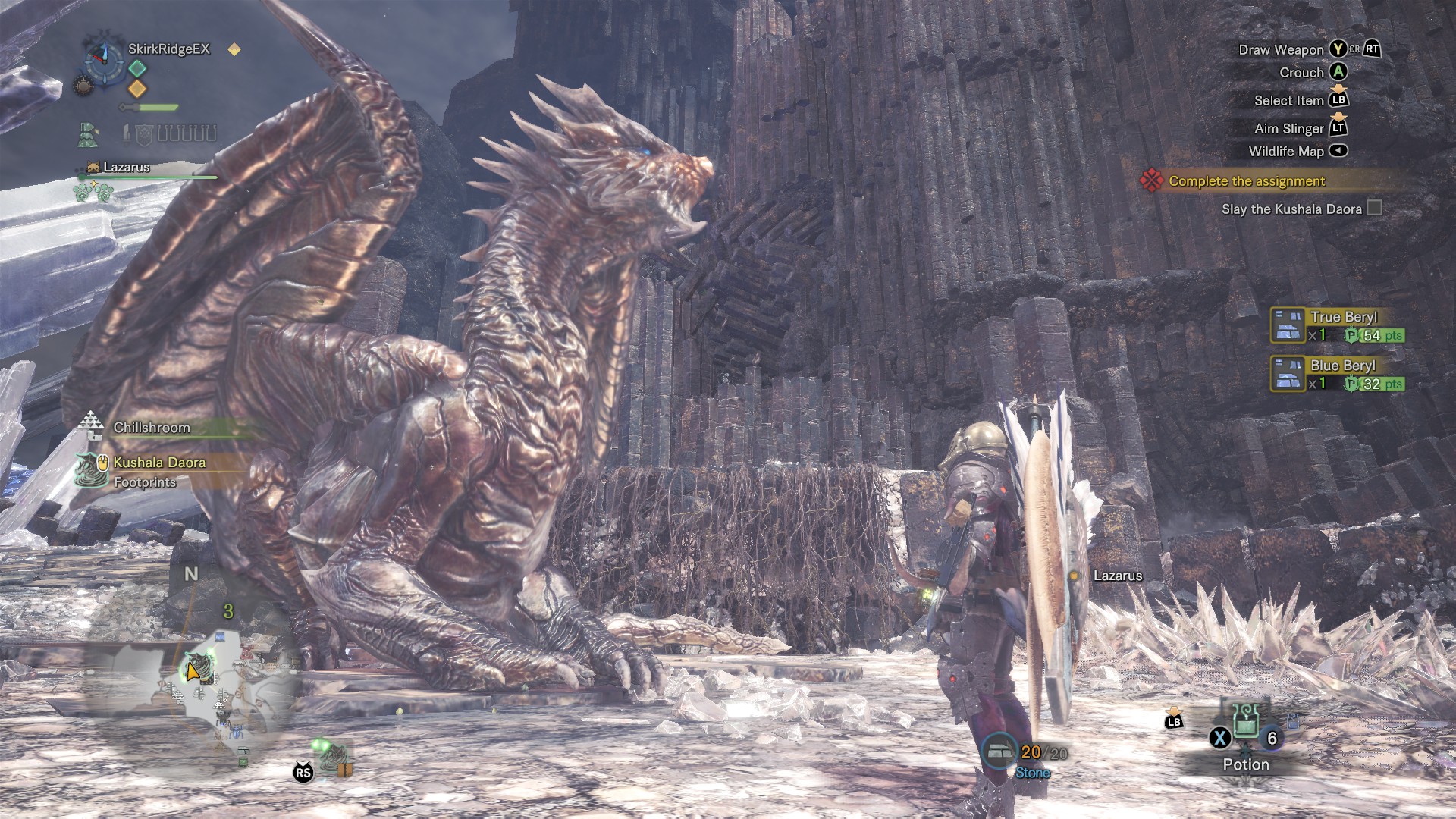 How to kill Kushala Daora

As this is an Elder Dragon, you can't capture it, so no Tranq Bombs should be brought into this fight. Instead bring along all the barrel bombs you can carry, as well as any available healing and health/stamina boosting items. In addition, make sure you bring not only all the flash pods you can carry, but also all the flash bugs you can have too. Flash pods will make the bulk of this fight trivial.

Initially, Kushala Daora may seem remarkably simple provided you're well prepared. It can attack both on the ground and in the air, with its air attacks being some of the more ferocious. While on the ground, aside from the usual tail swipes, claws, and biting attacks, it can also lunge at you with incredible speed. Try to run to the side and try to attack it when it stops. It can also shoot two types of air blast; one that takes a short time to wind up and only staggers you if it hits, the other charges a lot longer but deals a huge amount of damage if it connects and has a wide range. When it's in the air though, things are a lot tougher to avoid. It can swoop in at speed, as well as shoot three small wind blasts, and try to gouge you with its talons.

All of these attacks on their own are relatively easy to avoid, but things get a lot trickier when it creates massive tornadoes. This is initiated while it is on the ground, with Kushala Daora twisting as it takes to the skies. If you're in range of the tornado, you'll be staggered for a short time, so make sure you get to safety quickly whenever a tornado is created. They also linger for a very long time, so make sure you don't forget where they are. Its attacks are also far deadlier in the air as it gives you little time to dodge.

So how can you make this fight a lot simpler? Whenever you see it flying and it is not in a tornado, fire a flash pod. This will make it drop to the ground and stagger it for a long time, allowing you to get plenty of hits in in the process. This makes the initial stage of the fight rather trivial for those playing with others, since more flash pods means more chances to stun it. 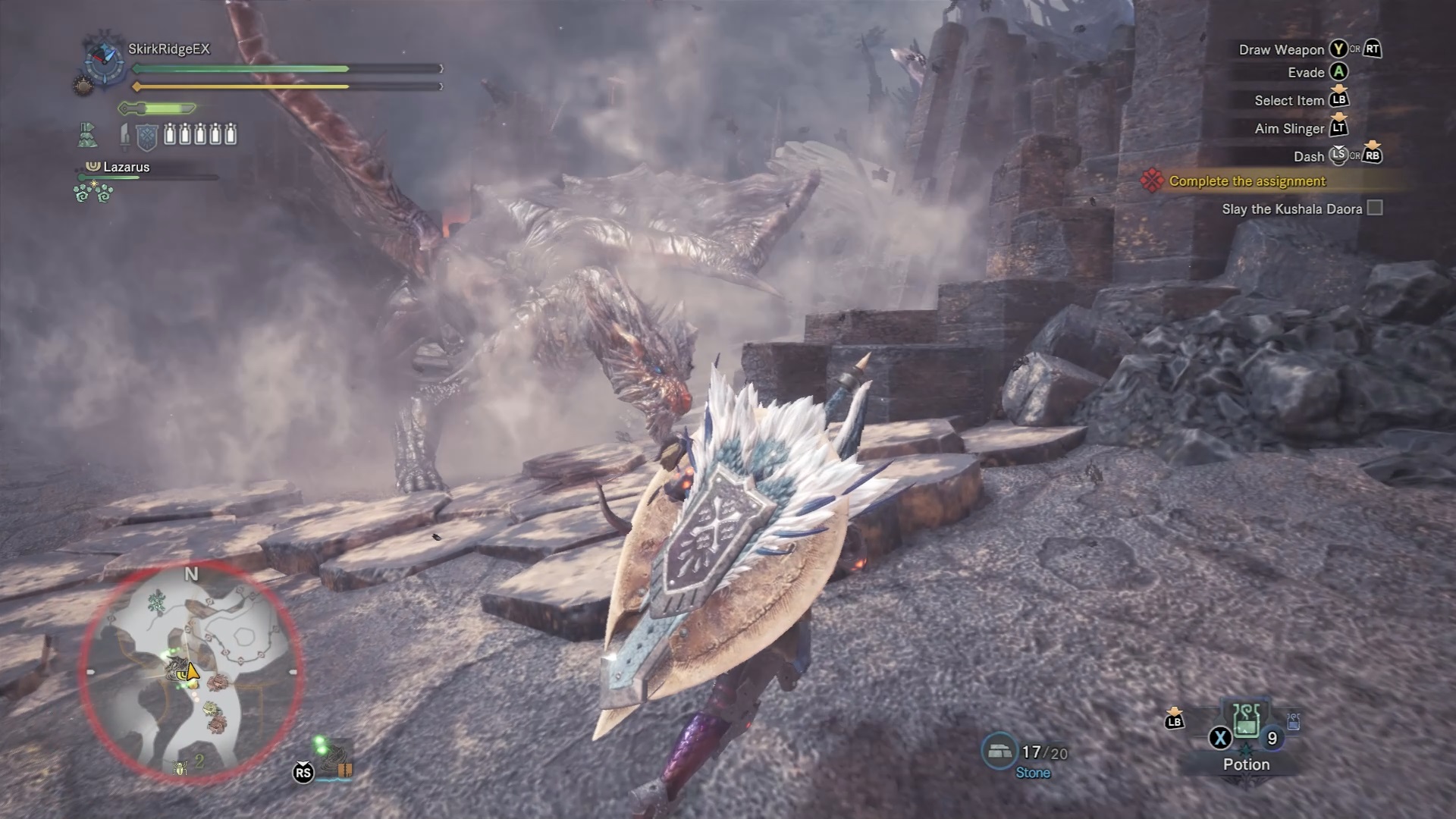 How to avoid the tornados in its lair

Most monsters get easier as they near close to death. Kushala Daora is the exception as easily the hardest part of this fight is when it is nearly dead. It'll retreat back to its lair and sleep, but upon waking up it will churn out a huge number of tornadoes that will now cause damage if you are inside of them. On top of that, it also becomes immune to any stun attempts when flying off to its nest. This can turn a successful hunt into a failed one rather quickly, so the key is to prepare in advance.

If you're playing with lots of other players, then just lay as many barrel bombs near it as possible, as well as buffing everyone up before initiating the assault. The blast should knock it prone, leaving it open to more damage which can take it out before it even whips up a single tornado. Flash pods will be very tricky to launch in this area thanks to the tornados, so should only be used when you're sure it'll connect.

Those fighting Kushala Daora solo however should still try to do as much as they can with barrel bombs and raw damage. As soon as it takes to the skies though, try to lure him out of the area as the area will quickly fill up with tornados that make fighting this dragon nigh-on impossible otherwise. With any luck it should be dead before too long.

What materials can I get from Kushala Daora?

Kushala Daora is definitely one of the harder fights in the game, but has materials that are sought after.  The best way to consistently obtain them is to team up with other players to fight this monster again and again for better rewards. Those looking to team up with friends should check out our Monster Hunter: World PC multiplayer guide. For more on how to use these items, you can either check out our Monster Hunter: World combat guide or our Monster Hunter: World armour guide. In the list below, the stars indicate the frequency in which the item in question will drop, as well as details on whether some items are obtained by breaking a specific part of the monster.