It would be hard not to expect the most popular monster in the Monster Hunter series to get a colour variant.  Found in many locations in Monster Hunter: World, the Azure Rathalos is a much tougher, angrier, and more savage beast that can be very hard to deal with. There are however some ways to cope with the aggression, so this guide will take you through what its weakness is and more importantly, how to kill it.

Having the right items to face the Azure Rathalos is essential to succeeding, so take a look at our Monster Hunter World guide to get some general tips for what to do when preparing your gear, as well as a plethora of other articles with full equipment lists for your perusal. 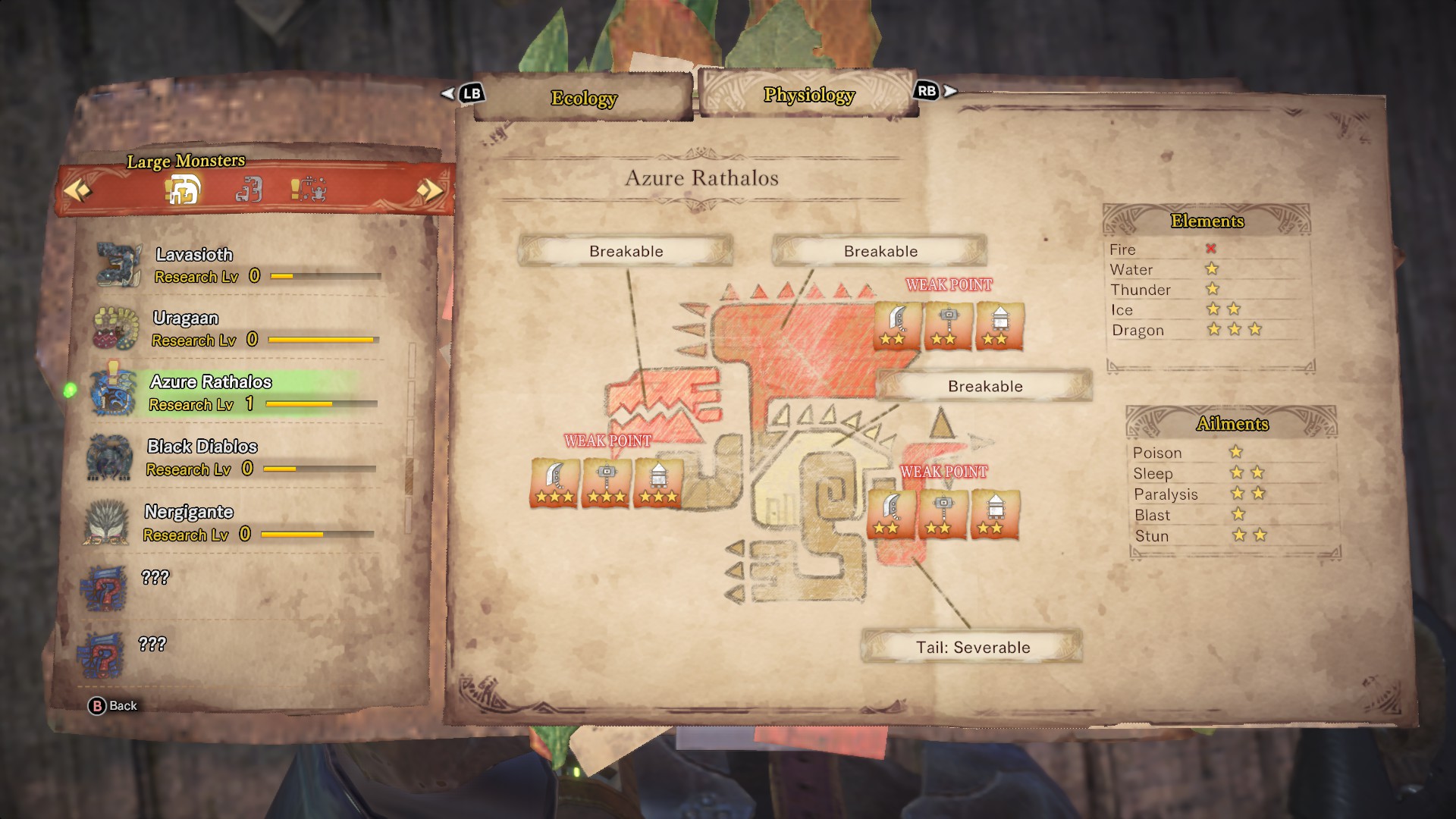 The majority of Rathalos' weaknesses have transferred over to its Azure cousin, so dragon is still very effective while fire is nigh on useless against it. The difference is that while Rathalos is weaker to thunder than ice, Azure Rathalos is the opposite - being weaker to ice rather than thunder. It still keeps the same ailment weaknesses and resistances though, so poison and blast won't do much, while the other three have some form of effectiveness.

Its breakable parts and weak points are also the same, so the head is by far the weakest, while the wings and tail take slightly less damage for all weapon types. You can break the head, wings, and back, and the tail can be severed. Given the amount of time it spends in the air, it's worth considering ranged weapons for this fight, particularly as fighting close range leaves you very vulnerable to any of its poison attacks. 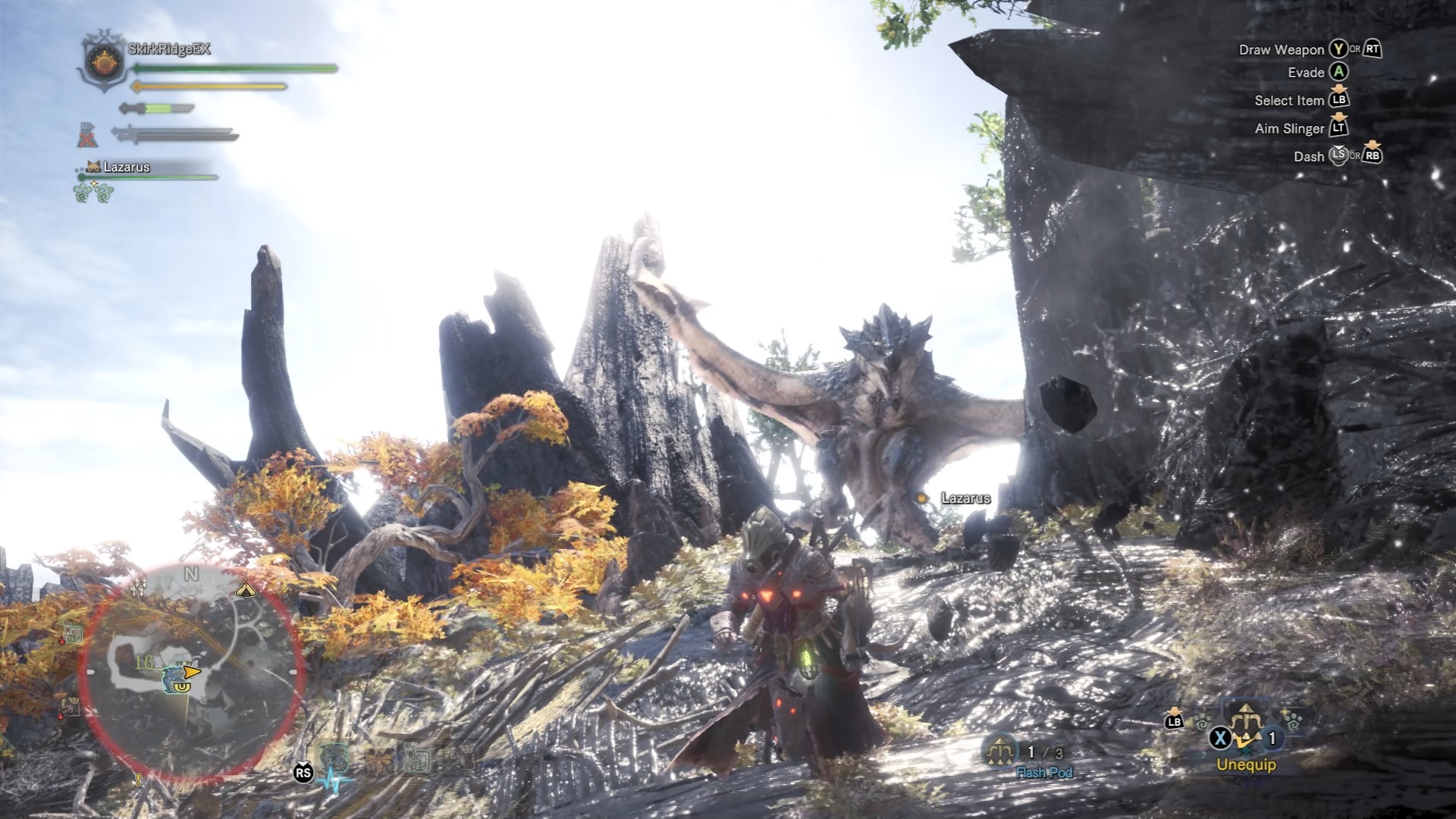 How to fight Azure Rathalos

The Azure variant of Rathalos has all the same attacks as the normal variety, so you can find the majority of the tips in our Monster Hunter: World Rathalos guide. However, there's one important difference other than its colour. Azure Rathalos is perhaps the most aggressive monster you'll have faced thus far, with very little time between attacks and a limited amount of tells. For items to bring into this fight, ensure you have the usual healing items, as well as poison curing items, all the flash pods, and all the flash bugs you can carry.

Firstly, Azure Rathalos loves to be in the air, so expect a lot of aerial assaults. Its favourite trick is combining attacks that are harder to dodge. If it ever breaths a small cone of fire, it will nearly always follows it up with a fireball, followed by a swoop that can poison you thanks to its talons. The trick with this is to start running sideways, so that the fireball misses, then dive before the Azure Rathalos swoops too close to avoid the poison damage.

When it becomes enraged, it will attack with even more ferocity and this is by far when it is at its most dangerous. The trick here is to have flash pods at the ready, so that you can blind it in mid-air after an attack is finished. This will cause it to drop to the ground, allowing for free hits, as well as calming it down briefly.

If it ever goes the the Rathian/Rathalos nest in the Ancient Forest, there's a neat little trick you can pull off with the flash pods. As it goes berserk, should it get close to the wall on one side, you can flash pod it to make it crash into it, causing the water inside of it to send the Azure Rathalos hurtling off the cliff edge. You can then jump down to find it prone, allowing for getting a few more hits on it. There's no reason to suggest this wouldn't work on the normal Rathalos, or indeed Rathian, but with the amount of time that the Azure variant spends in the air, it's a highly effective strategy to take it down.

What materials can I get from Azure Rathalos?

That's it for our strategies for Azure Rathalos. There's still a few more Elder Dragons to slay, not to mention the numerous post-Zorah Magdaros large monsters that are also now roaming around. Those who want a refresher on the previous monster should head to our Monster Hunter: World Lavasioth guide. We're covering the optional monsters first as there's a fair few good materials that should put you in good stead for the upcoming Elder Dragon fights. The last of the optional monsters you'll likely encounter is one of the more dangerous monsters not to be classified as an Elder Dragon. For more on how to hunt this persistent and explosive pest, check our Monster Hunter: World Bazelgeuse guide.