So you've beaten every single monster in Monster Hunter: World, or so you think. Capcom recently added a returning monster from the other Monster Hunter games to the PC version, only this version is a lot more savage than ever before. Deviljho - a gigantic pickle with teeth, can be found roaming the many areas of Monster Hunter: World, much like how Bazelgeuse does. The main difference is that while Bazelgeuse is a big nuisance, Deviljho can use other large monsters to batter you with, making it a lot more violent. This guide will walk through how to kill it, tell you what is its weakness, and things to watch out for when fighting it.

This is one of the hardest fights in the game, especially when fighting the tempered version that will hit you like a truck. You'll definitely need to be fully prepared before heading into battle. You can check out our Monster Hunter World guide to get some general tips for what to do when preparing your gear, as well as a plethora of other articles with full equipment lists for your perusal. 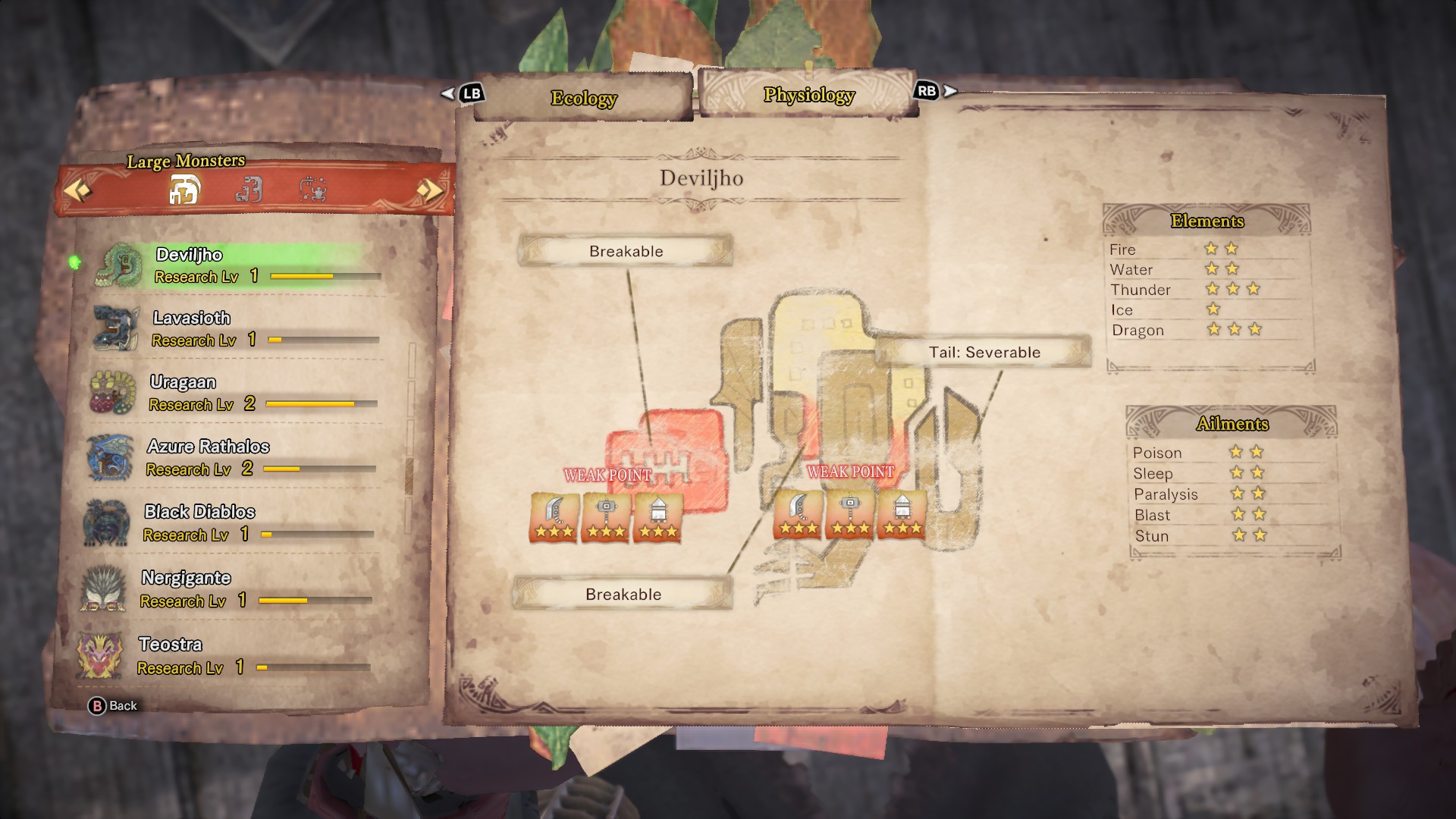 For such a savage beast, it's pretty much weak to most elements, though both thunder and dragon do the most damage. Ice is by far the least effective element to bring into this fight. As for ailments, it's only slightly resistant to all of them, so any strategy involving ailments should work well.

All weapon types have the same effectiveness against both its head and torso, which are its two weak points. The thing about Deviljho is that it's massive, so hitting either target with melee weapons is going to be difficult to do consistently. It's not impossible though. Both weak points are breakable, while the tail is severable.

In order to encounter this oversized crocodile, you'll need to have at the very least beaten the quest to find the ??? Rathian, which begins not long after finally taking down Zorah Magdaros for the second time. After this, it's a case of looking around each of the areas, either through optional quests of six stars or seven stars, or just by going on high-rank expeditions. You'll eventually find the new monster indicated on the map. It will be unidentified at this point.

Provided that you've discovered and sufficiently researched all the monsters that will now be present in the various areas, namely Bazelgeuse and Azure Rathalos, then this will be Deviljho. Roam around the locale until you find it, which let's be honest, its size makes that a much easier task than fighting it. You will be prompted to head back to Astera upon discovering it, which opens up a small quest arc centred around Deviljho. 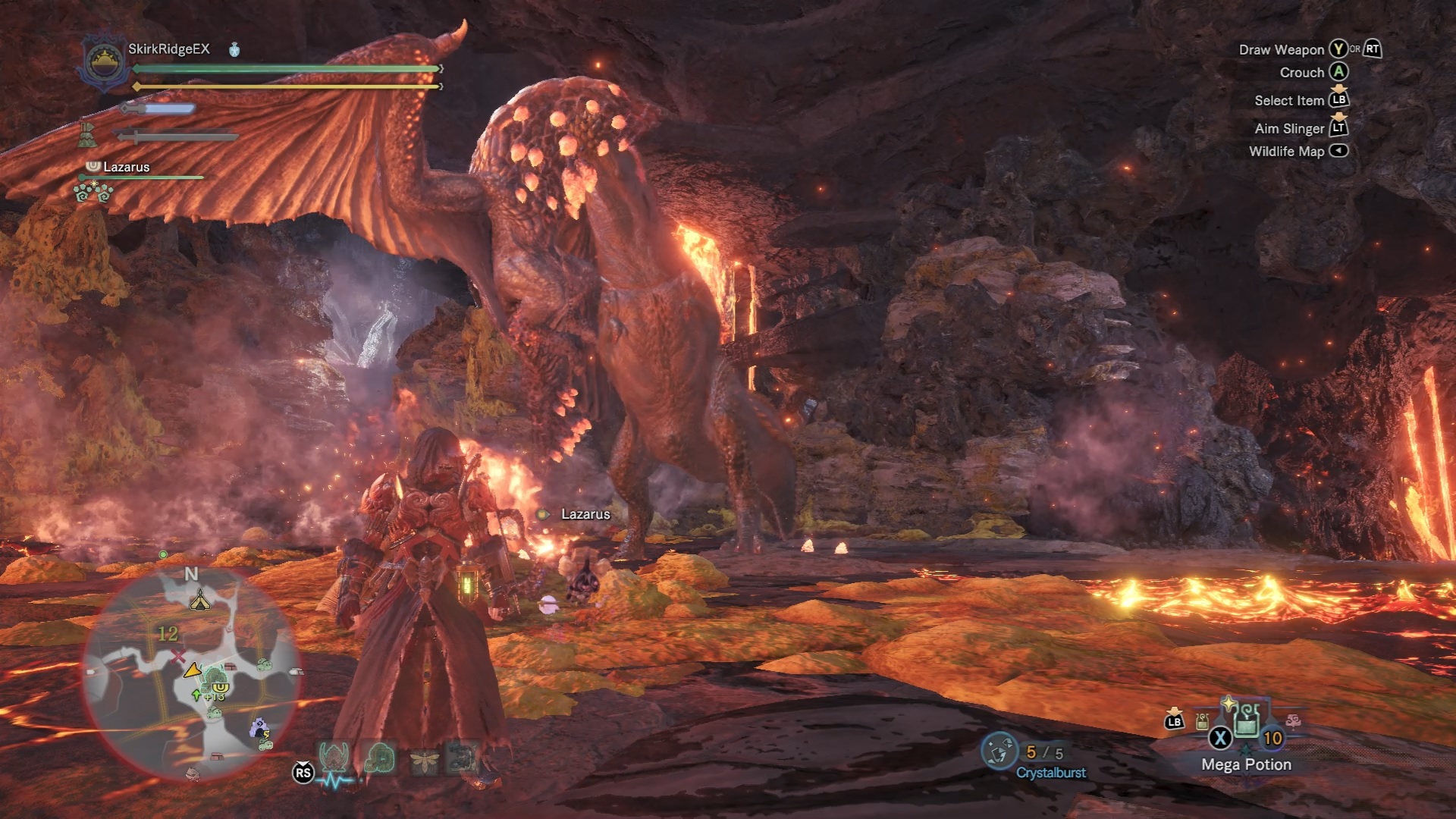 How to hunt Deviljho

If you're fighting the tempered form, the range on all of its attacks seems to be slightly longer, while its hit boxes are harder to hit, so consider hunting this beefed up monster with friends. While hunting any version of this monster, there are a few items that you should consider bringing with you beyond the standard set of potions that you should bring to every hunt. Nulberries are a must for this battle as it can inflict various status conditions on you. If you have the Rocksteady Mantle, this is a good thing to use against it as staggering attacks won't be as effective. If you don't, the Vitality Mantle can also be good for avoiding damage. The Rocksteady Mantle is essential for fighting the tempered version, which has the damage potential of a steamroller.

Since Deviljho likes to say hello to other large monsters in dramatically aggressive ways, you should try to have Dung Pods on your person to fire at the wandering monsters. Monsters that should be targeted with this include the likes of Great Jagras, Kulu-Ya-Ku, Tobi-Kadachi, Great Girros, even both the Odogaron and the Dodogama, since they'll only ever be used as a battering ram by Deviljho. Anything larger and more vicious creatures, such as Bazelgeuse, can be left to their own devices as they can stand up to whatever Deviljho can throw at them. Just make sure you're not stuck in the middle of the action.

The first thing you should know about Deviljho is that it's hyper aggressive at first and only gets more so as the fight goes on. It also attacks in various unconventional ways, such as barging into you, burying its head and throwing rocks/flaming boulders. Its definitely got several screws loose and really wants you to know about it. Normally monsters that attack in similar ways are at least manageable, but Deviljho has the added issue of being a big, fat bap of a monster.

This makes the art of dodging his array of attacks more challenging than they ever need to be. If it pulls its head back, it's going to thrust it forward, so dodge to the side. When it raises its leg, it'll slam it down for minor damage, as well as staggering your character. This can lead to followup attacks, so just make sure you're not too close to it to avoid losing your balance. It can also pounce, which has the same effects, but can be used from a distance.

Other attacks include swiping its head three times from left-to-right and back, which can be dodged easily. If you're hit by this, don't rush to get up as a subsequent attack may connect.  You'll also want to chop off its tail as quickly as possible as while the tail whip is heavily telegraphed, it also has a huge range. There is also a charge that it will announce by roaring, so make sure you dodge to the side that doesn't have its tail as this can clip you as it passes. Finally, it also sprays a gas with electrical pulses, which is a medium ranged attack and can inflict dragonblight if hit. 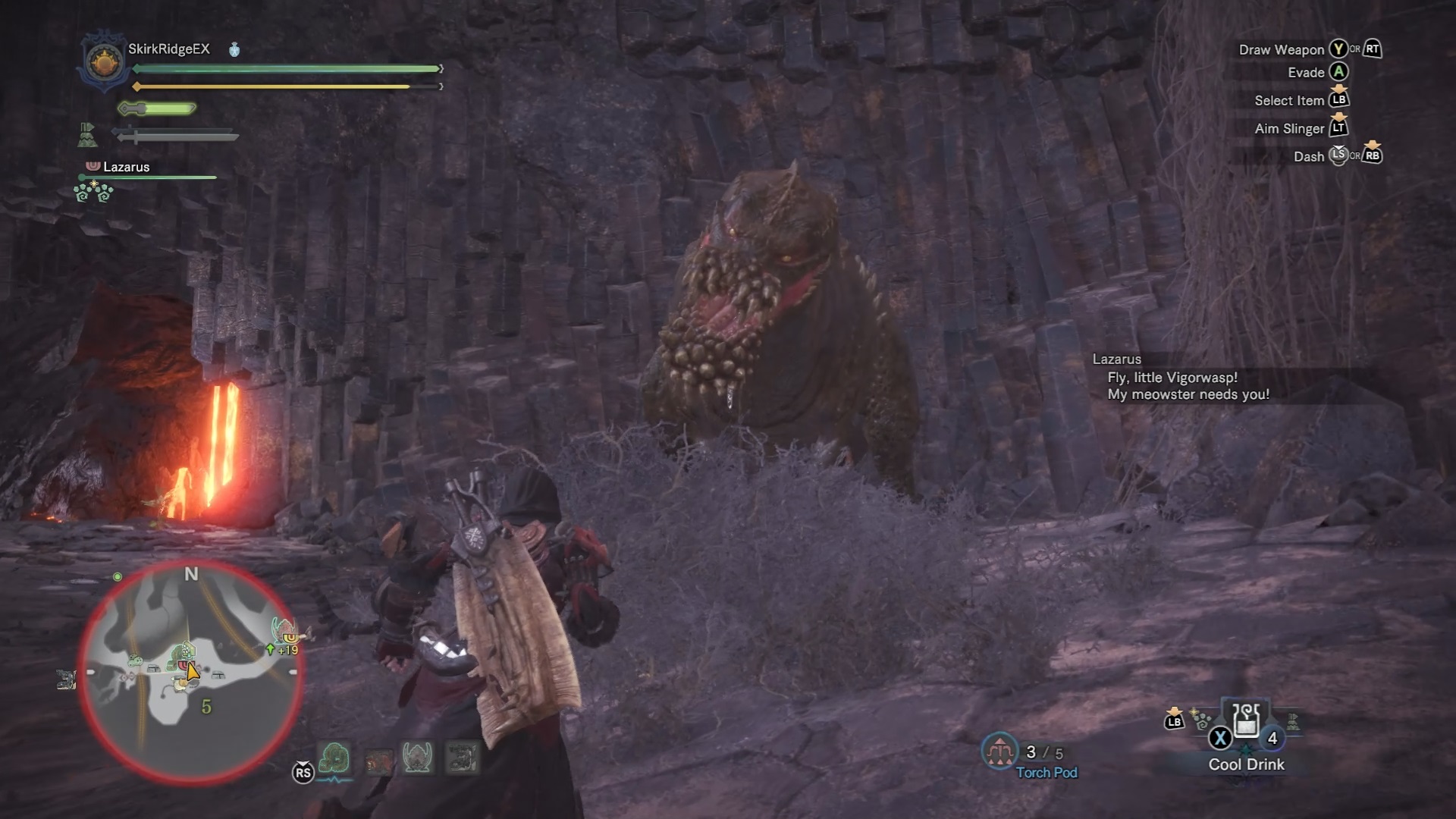 Deviljho can be trapped, but there's a few things to keep in mind. Pitfall traps can be useful against Deviljho, as long as you don't attack its front when it's thrashing about. It can attack you with its nashing teeth and elongated head when in this state, so make sure you attack it from behind.

What materials can I get from Deviljho?