With the main campaign's monsters beaten in Monster Hunter: World, there is one more optional Elder Dragon to track down. I say "dragon" but really this is a majestic thunder-horse that is incredibly fast and capable of smiting anything it's angry at in an instant. As such, you'll need all the intel you can get in order to tame this wonderful beast. This guide will go through this final showdown, detailing what its weaknesses are and how to kill it. 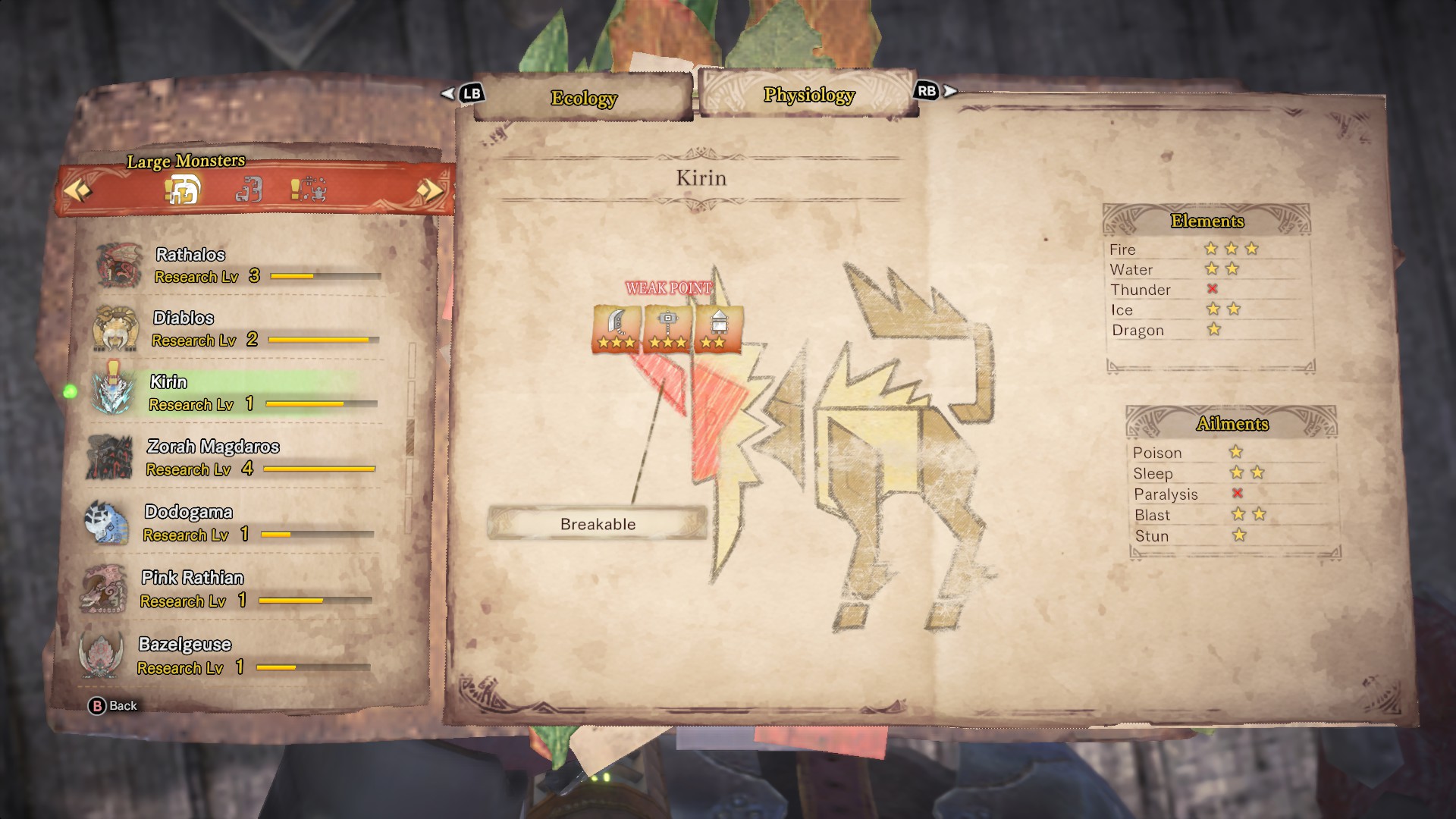 Being a creature of thunder, it's natural to assume that both paralysis and thunder have little effect on the Kirin. In fact, the only element that does have effectiveness against it is fire, while other elements like water and ice, as well as sleep and blast have medium effectiveness against this horse.

With only one weak point and breakable part, the Kirin can be quite tough to hit with melee attacks, but doing so does a lot more damage than ranged weapons. Its horn can be broken off which can limit the effect of some of its lightning attacks.

How to find Kirin

In order to even encounter this creature the first time outside of events, you need to have completed the following optional quests, all obtained from the smart biologist found near where captured monsters are shown. All of these quests involve capturing a monster. Upon completing all these quests, the optional quest "Gone in a Flash" will be opened up for you by talking to the impatient biologist near the Ecological Research facility. The quests you need to complete are: 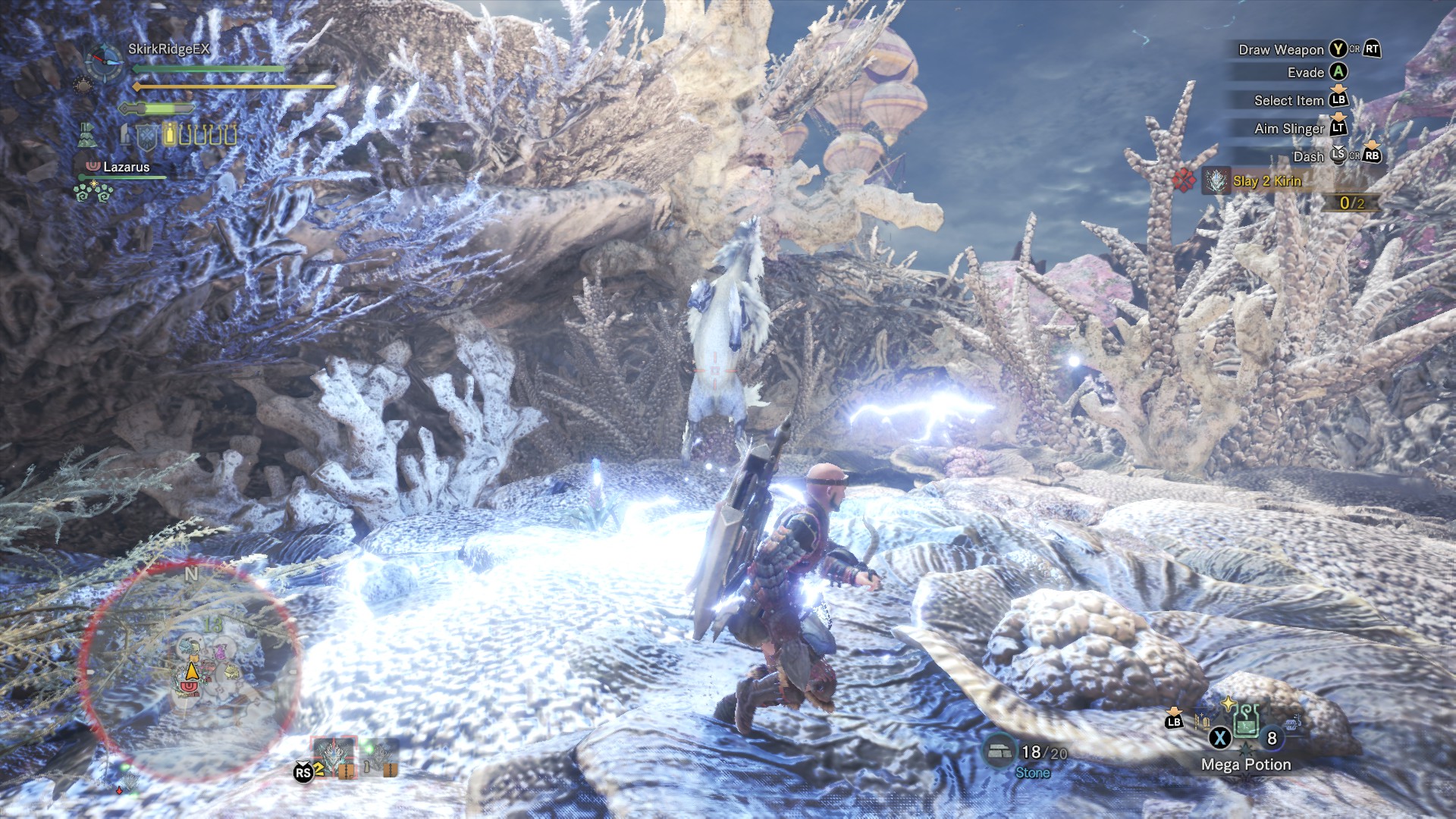 How to kill Kirin

As this is an Elder Dragon, you can't capture it, so no Tranq Bombs should be brought into this fight. Instead bring along all the barrel bombs you can carry, as well as any available healing and health/stamina boosting items. This will be a test of endurance, so stamina recovery will be key in this fight, as well as Nulberries to cure "thunderblight" quicker.

The main thing with this creature is that faster weapons have an easier time landing hits because it's so darn fast. Slower weapons can be dodged with the unfortunate hunter potentially getting a cheeky lightning bolt hitting them for their troubles. The main thing to do here is plan your assault carefully, using the terrain to your advantage and weaving around the areas where lightning can strike.

Should you get hit by its lightning attacks, it can inflict thunderblight, which makes you more easily stunned or paralysed, so stay away from any further lightning attacks. Rolling seven times or popping a Nulberry will cure you of this condition. It has several melee attacks too, swinging its horn or bucking its hind legs to keep you at bay.

Upon being enraged, Kirin becomes coated in electrical energy that upon moving will deploy electrified terrain that inflicts also thunderblight. It can also use a range of ranged attacks that will show you where lightning will strike, so just don't be there when it triggers. On top of that, it is only vulnerable when hitting the horn in this state, so be sure to aim your hits carefully.

Really though, this fight becomes more of a war of attrition than any other, thanks to its sheer speed. As long as you're persistent enough, you should be okay, but this is definitely one fight worth considering bringing friends along with you.

What materials can I get from Kirin?