Not wanting to be left out of the fun when it comes to the colour variations is the Black Diablos found in Monster Hunter: World's Wildspire Waste. If you thought Diablos has hard, boy this angry variant can make your hunt a nightmare fast, quickly turning the tide with its powerful attacks if you're not careful. This guide will walk you through how it is different from its tan-coloured cousins, as well as detail what its weakness is and how to kill it.

Much like Diablos, dodging its hard hitting attacks is essential, but then you knew that already. Still, there are some things you can prepare before this fight starts, so look at our Monster Hunter World guide to get some general tips for what to do when preparing your gear, as well as a plethora of other articles with full equipment lists for your perusal. 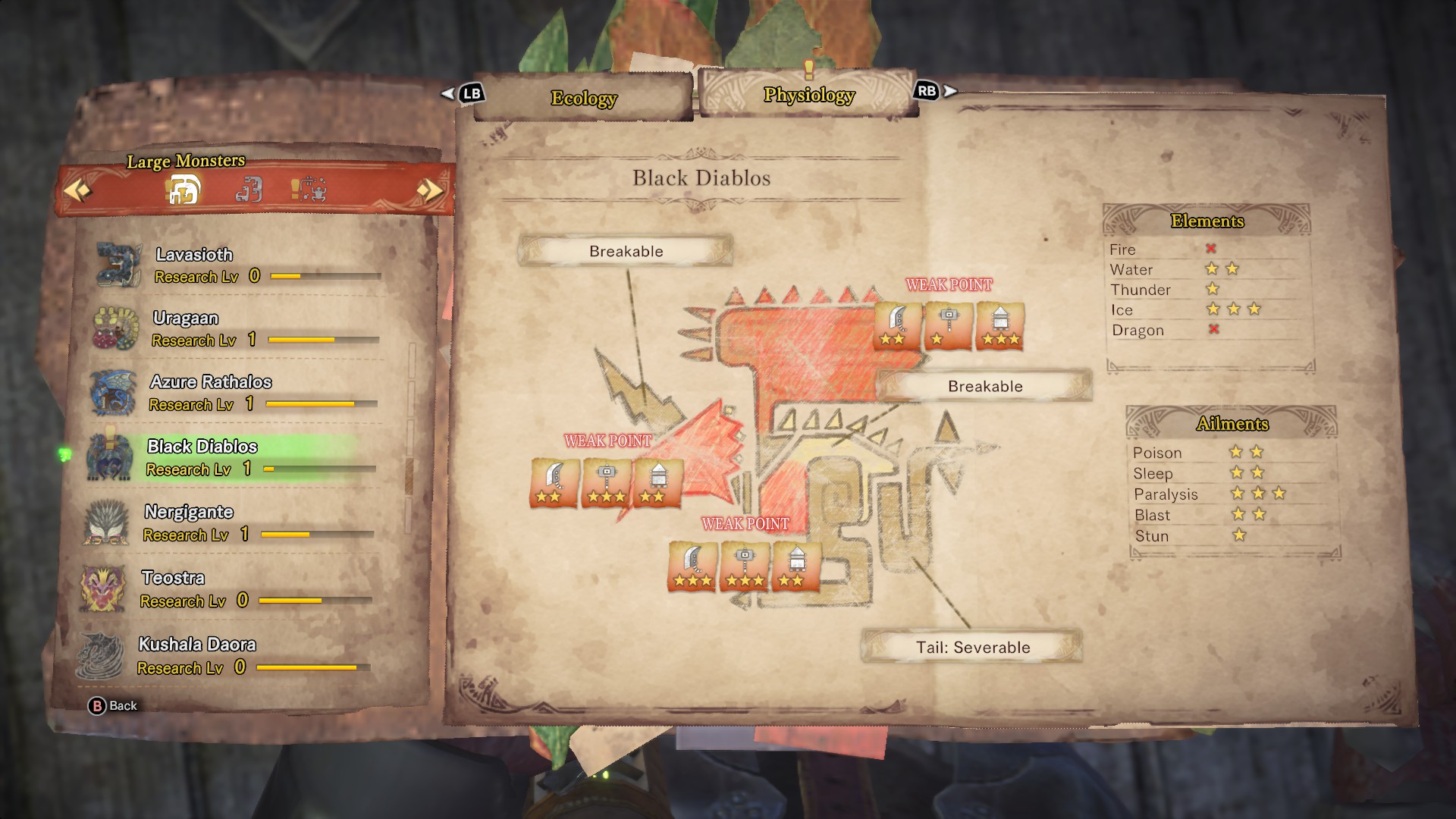 Black Diablos differs from other Diablos in that she is also immune to dragon moves in addition to fire. It keeps the same main weaknesses of ice at three stars and water at two stars respectively. It also keeps all the ailment vulnerabilities that the standard Diablos has, so Paralysis works especially well while stun doesn't. The other three ailments work okay at a pinch.

It also has exactly the same weak points of head, torso, and wings, all of which are vulnerable to particular weapons. Blunt weapons work very well against the face and torso, while ranged weapons do very well against the wings. Bladed weapons are only really good at exploiting the torso weakness. Breakable parts include the horns and the back, while the tail is severable. Since it likes to burrow underground a lot, as well as hit hard with charging attacks, consider using ranged weapons for this fight. 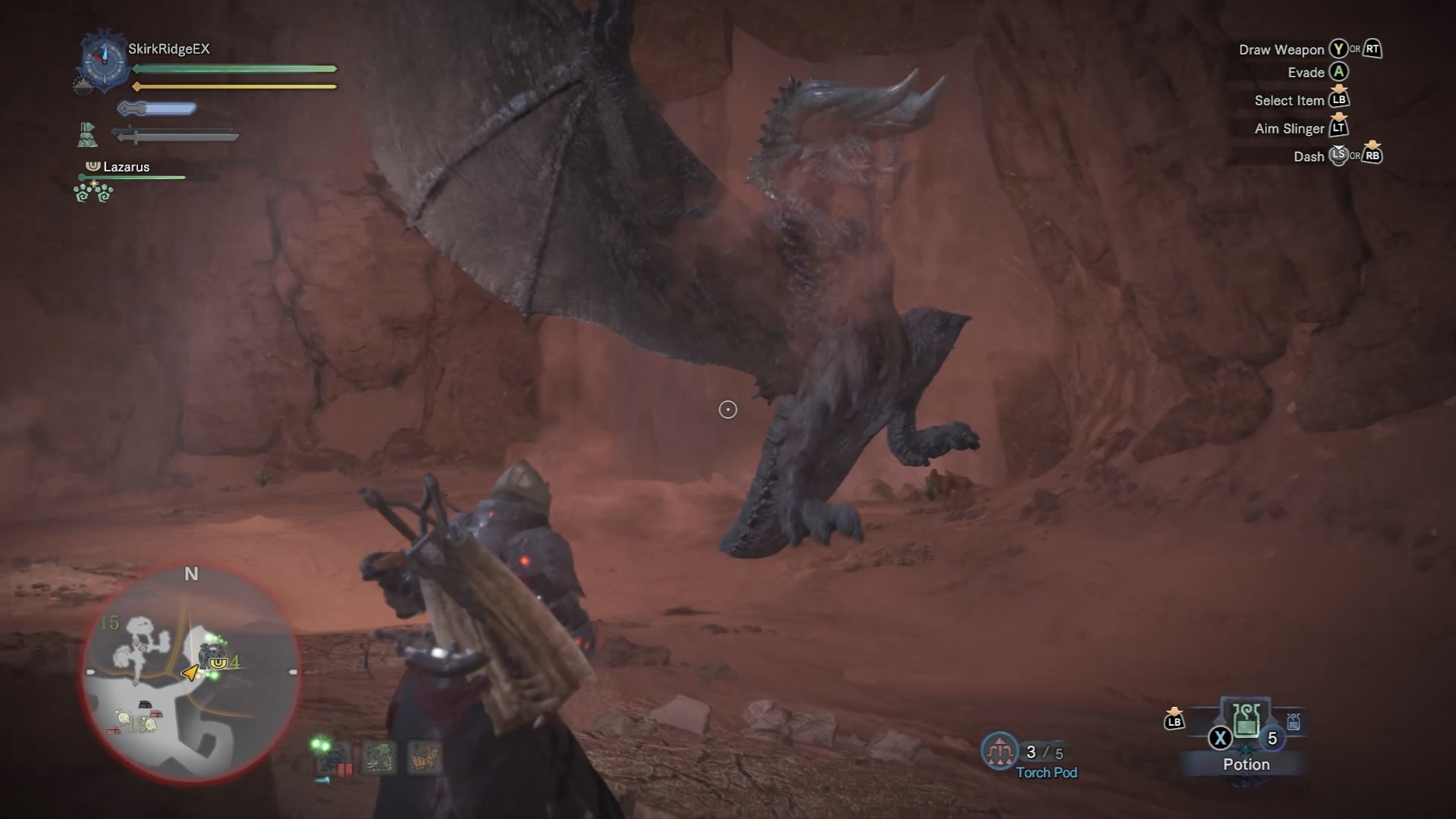 How to fight Black Diablos

A fair few of the principles of fighting the original tan-coloured Diablos apply here, so you can get some more tips in our Monster Hunter: World Diablos guide. That said, it has some rather unique attacks and variations on what Diablos can do. The main thing is that a lot of its moves hit for more damage and are faster, which for the charge attack makes it a deadly adversary.

When it's underground, be wary of the fact that it has an extra variation on the ground burrowing technique. It will actually dive out of the ground and cover a fair distance in front of it. This can definitely catch a few people off guard as there's no real tell between this and the standard horn flick that regular Diablos can use too, so the safest bet is to use a running dive just as it's about to rise. This will avoid the horns, and will let you dive underneath Black Diablos as it sails overhead.

The item you should definitely bring with you are screamer pods, as this will cause it to rise up prematurely when underground. Though you won't be using many as you can only hold a limited number of them, it can make an enraged Black Diablos a lot easier to deal with. To that end, I recommend occasionally returning to camp to create a bunch more screamer pods if it runs past one. It also can be stunned with emitting flash bugs in the underground part of the stage, as well as stunned momentarily by charging into the spires.

What materials can I get from Black Diablos?

That's it for our strategies for Black Diablos. There's still a few more Elder Dragons to slay, not to mention the numerous post-Zorah Magdaros large monsters that are also now roaming around. Those who want a refresher on the previous monster should check out our Monster Hunter: World Lavasioth guide. We're covering the optional monsters first as there's a fair few good materials that should put you in good stead for the upcoming Elder Dragon fights. There's two more optional monsters you can fight at this stage, the first of which is the last of the variations on older monsters. Head over to our Monster Hunter: World Azure Rathalos guide to find out how it differs from its ruby cousin.