Dodogama may look relatively tame compared to a lot of the monsters in Monster Hunter: World, but this smaller monster has a rather explosive secret. Inside its maw it can fill volatile materials that make fighting it a lot more dangerous than at first glance, so you'll want to be prepared. This guide will go through Dodogama's various blast-inflicting attacks, as well as tell you what is its weaknesses and how to kill it.

Since these monsters can be relatively explosive from now on, it's imperative that you have agile reflexes for dodging its bigger attacks. While nowhere near as bad as the previous fight, you can still look at our Monster Hunter World guide to get some general tips for what to do when preparing your gear, as well as a plethora of other articles with full equipment lists for your perusal. 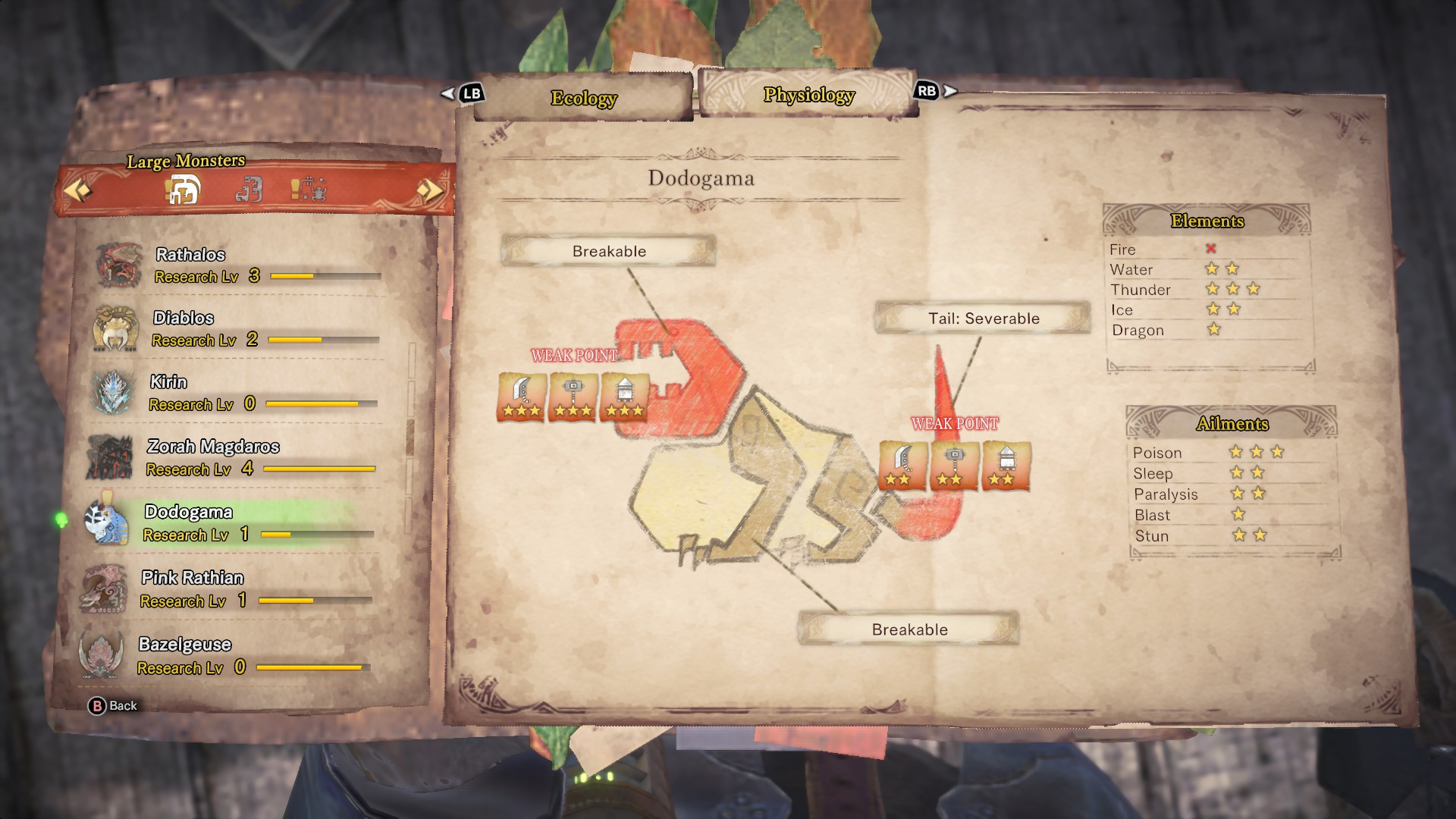 As another monster that uses fire-based attacks, using fire is completely futile. Surprisingly, water isn't the most effective element against the Dodogama, but thunder attacks do the most against it. Ice is also good in a pinch, while dragon doesn't do as much as the other three effective elements. Poison is the ailment of choice, but really the main thing is to not bring any blast based damage.

As for its weak points, the tail and head are the key ones, though having said that the head is the business end of this monster. Both its head and front claws are breakable, while the tail is also severable. No one weapon is particularly weak, though the head is the weakest point for all weapons. Given that a lot of its attacks rely on being at close range, using bowguns and the like is worth considering for this fight. 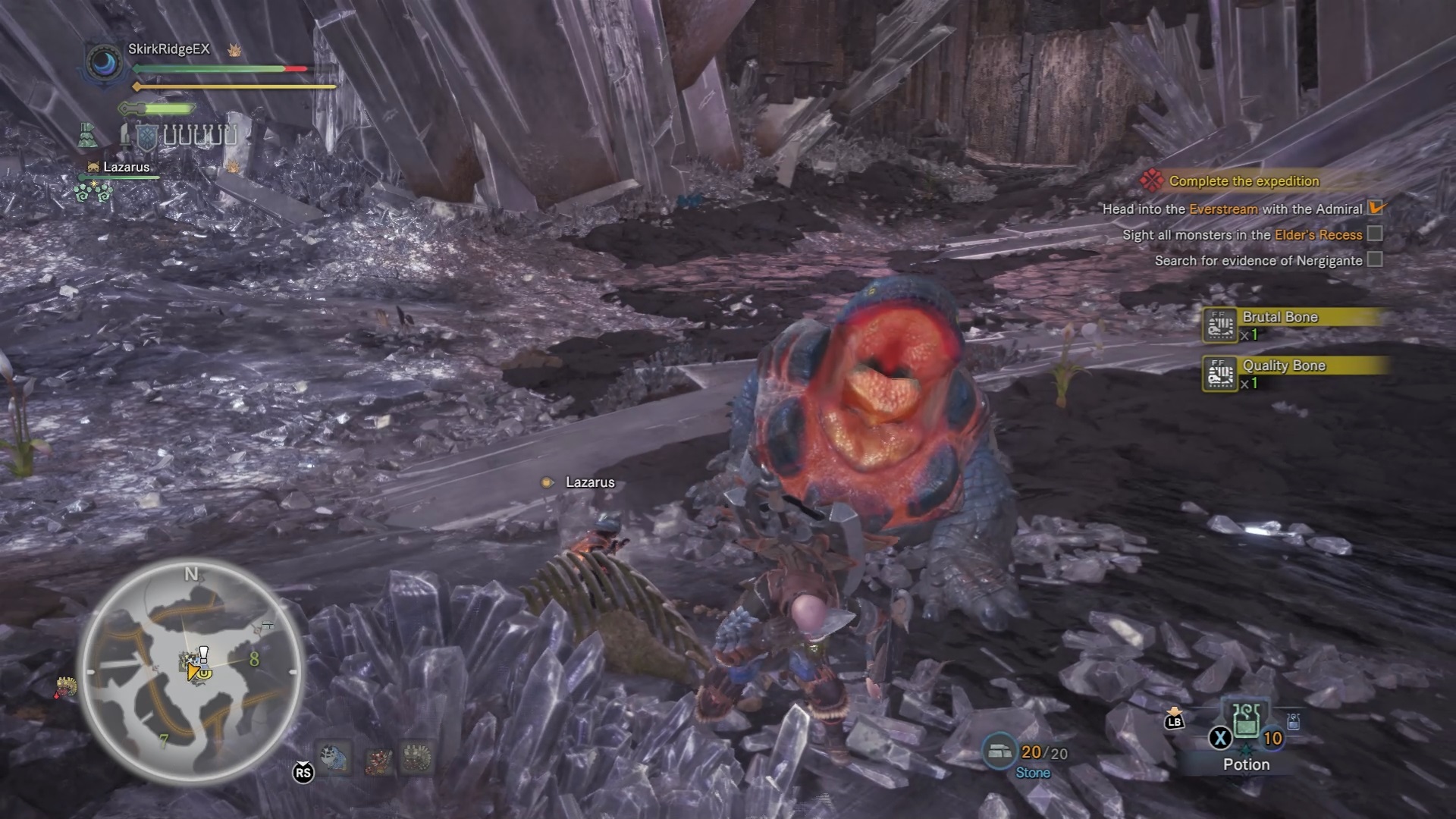 How to fight the Dodogama

The main thing to keep in mind when fighting Dodogama is "Blastblight". It can inflict this nasty status ailment whenever it charges, leaving little clouds of blast in its trail. Should it then damage you with another blast based attack, or even use fire attacks, you will explode and likely die instantly. Healing from it is as simple as munching on a Nulberry or rolling three times.

Luckily, its attacks are generally really easy to dodge. It can charge at you in a straight line which can be dodged by simply rolling to the side of it, as well as the usual slams and swipes with both its tail and claws. Provided that you're careful where you're running when he's angry, you shouldn't get affected by blastblight. There will be times where it collects volatile materials in its mouth, which in turn bulks its jaw. Think similar to what happens when the Great Jagras eats its prey. Smashing or concentrating all fire at its jaw will cause the minerals to explode in its maw, staggering it in the process.

In fact, the most aggravating thing about this fight are the other monsters in the area. All the main monsters found in Elder's Recess have access to fire moves, which if you're affected by Dodogama's blastblight can ruin your day, so this is one fight where bringing dung pods might be somewhat mandatory. It might be one of the easier ones to deal with if you're well prepared, so it can be a good one to farm items from to prepare for further challenges ahead.

What materials can I get from Dodogama?

That's it for our strategies for Dodogama. There's still a few more Elder Dragons to slay, not to mention the numerous post-Zorah Magdaros large monsters that are also now roaming around. Those who want a refresher on the previous monster should check out our Monster Hunter: World Uragaan guide. We're covering the optional monsters first as there's a fair few good materials that should put you in good stead for the upcoming Elder Dragon fights. Another one of large monsters found in the Elder's Recess likes to live in the more hotter climates, so take a trip to our Monster Hunter: World Lavasioth guide for more on how to hunt this magma fish.