Not to be confused with the first monster you encounter in Monster Hunter: World, the Great Girros is the creature you first come across in the Rotten Vale. It's also a very dangerous foe that can be a pain to deal with thanks to its crippling bite. It also has the home advantage, a ton of paralysing potential, not to mention some cronies scattered around the entire map. It also likes to fight in one of the more hostile territories in the game. This guide will go over what how to kill it, what its weakness is, and why ignoring the boss to attack the runts is a good idea.

Unlike the other lizard found in the Rotten Vale, this one can lure you into a false sense of security by not being particularly difficult to kill. If it does sink its teeth into you, it can cause you problems, so you need to be dodging a fair bit. Head on over to our Monster Hunter World guide to get more tips on how to dodge and points on what to bring to survive this hunt. 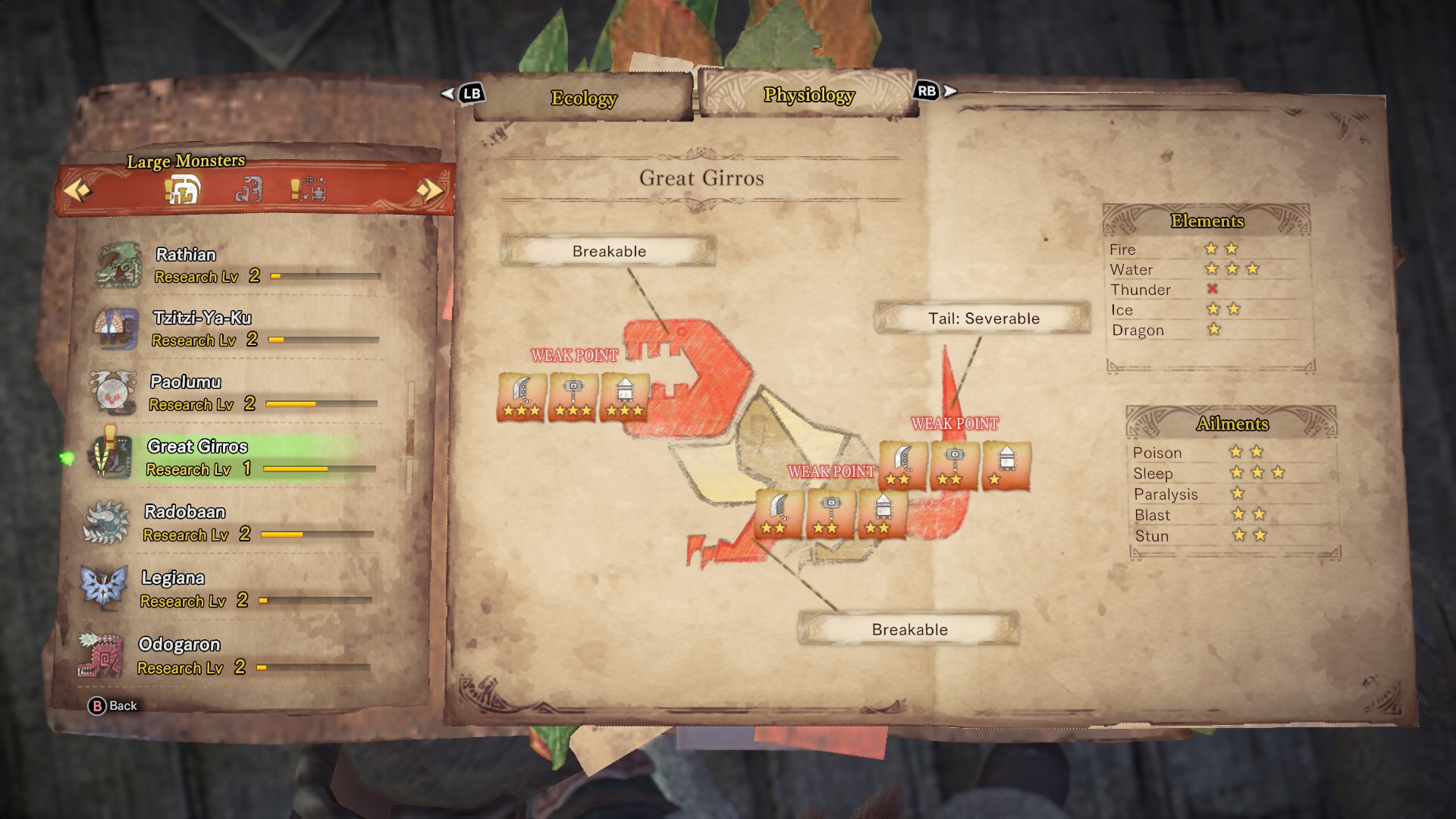 Water is the main weakness of this beast, while fire and ice also deal significant damage. It might be worth then double checking that your gear is effectively upgraded, and if it isn't to go off on hunts or expeditions to get the necessary items to upgrade. It'll prove useful to upgrade water weapons in the long run from this point. Dragon based attacks aren't anywhere near as effective, while the resistance to thunder makes it not worthwhile in the slightest.

Great Girros' big thing is that it can paralyse you, so attempting to paralyse it back is nigh-on foolhardy. Its other ailment resistances aren't great though, with this lizard very vulnerable to sleep-based attacks or items. If things get a bit hectic and you need a breather, consider putting it to sleep.

All of its breakable parts are weak points, with the head being the weakest point and the tail severable. Of course this is also the business end of the beast, so attack this part with caution if you're up close. The claws and tail are also decent targets, but ranged weapons aren't particularly great against the tail compared to blunt or bladed weapons. Given the potential for you to be overwhelmed by enemies, it's a better idea to bring a melee weapon rather than try and shoot every single Girros friend it has. 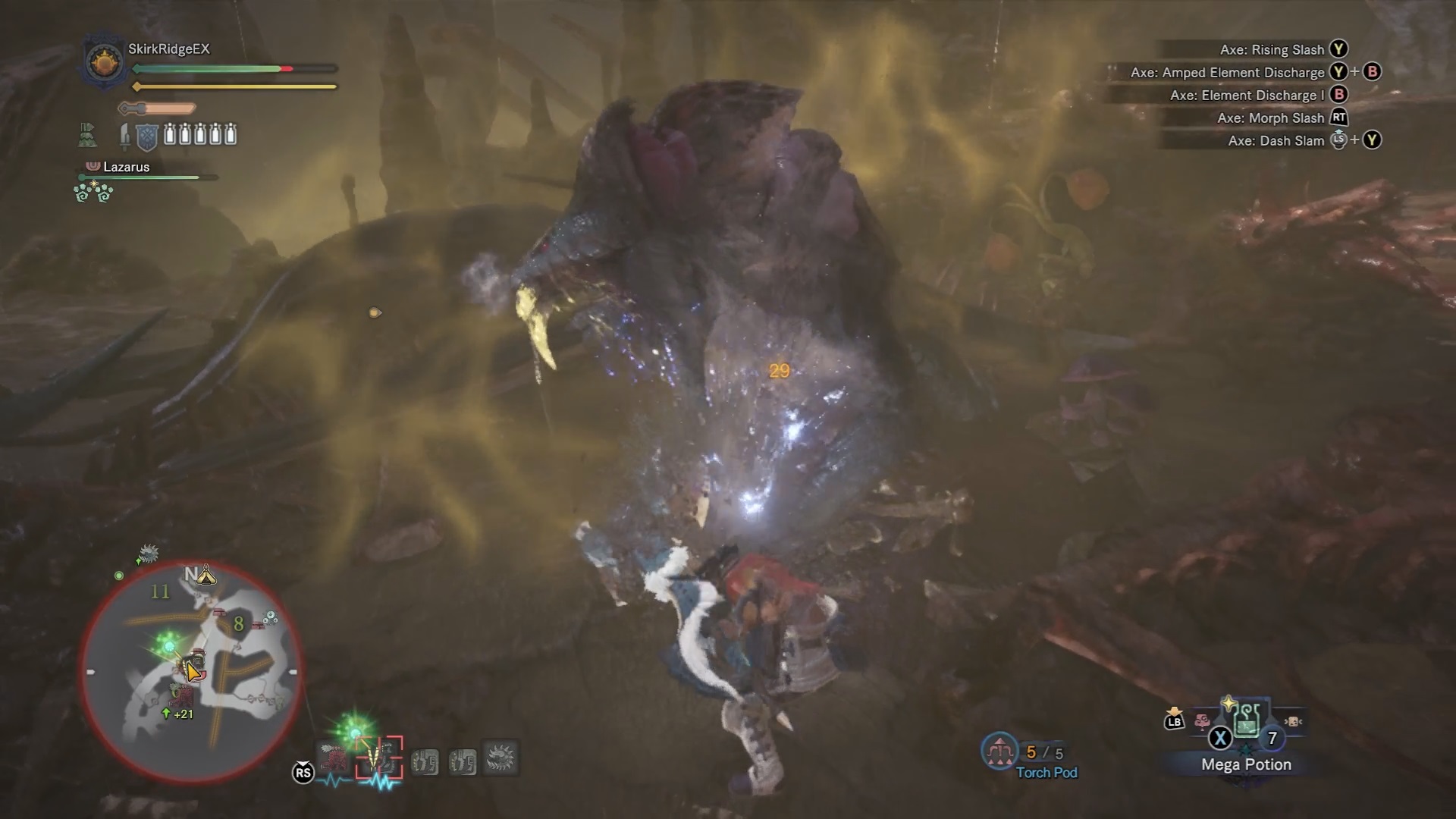 How to fight the Great Girros

Great Girros isn't a particularly hard boss to beat on its own, as long as you avoid its maw. Should it somehow bite you, you will be paralysed until it hits you again. This is a terrible state to be in so avoid this attack at all costs by dodging as soon as you see it bear its fangs. It also has various other attacks like a tail swipe or leaping at you, and it's also relatively agile when running around.

On top of this, it can summon more Girros by howling, thus giving you more distractions to worry about. The key here is that Girros will scarper when some of their number are killed, so if you find yourself unable to attack the bigger Girros, try taking out some of the runts. They're not strong, so as long as you have the Great Girros in check, they should disperse quickly.

When it gets angry, it attacks with a lot more ferocity, however it keeps its rather crippling susceptibility to being knocked down if hit hard enough. Just plan your attacks carefully, always keeping in mind those paralysing fangs. In fact, should you somehow break the fangs, its paralysing capabilities are significantly weaker. On top of all of this, it's significantly overpowered by a wandering Odogaron. Provided you don't provoke that more fearsome creature, you should see your target take significant damage and potentially some materials fall off of it.

What materials can I get from the Great Girros?