Each of the large monsters in Monster Hunter: World come in all sorts of weird shapes and sizes. Few are weirder than this mischievous dodo-like creature known as the Kulu-Ya-Ku. It's a little bit faster than the other big monster you'll have encountered thus far. This guide will detail what its weaknesses is, how to kill it, and what to do when it picks up a rock.

This big bird is found in both the Ancient Forest and the Wildspire Waste, and is the second monster you'll encounter on your journey. New players should take a look at our Monster Hunter World guide for tips on combat and what to take out on a hunt. 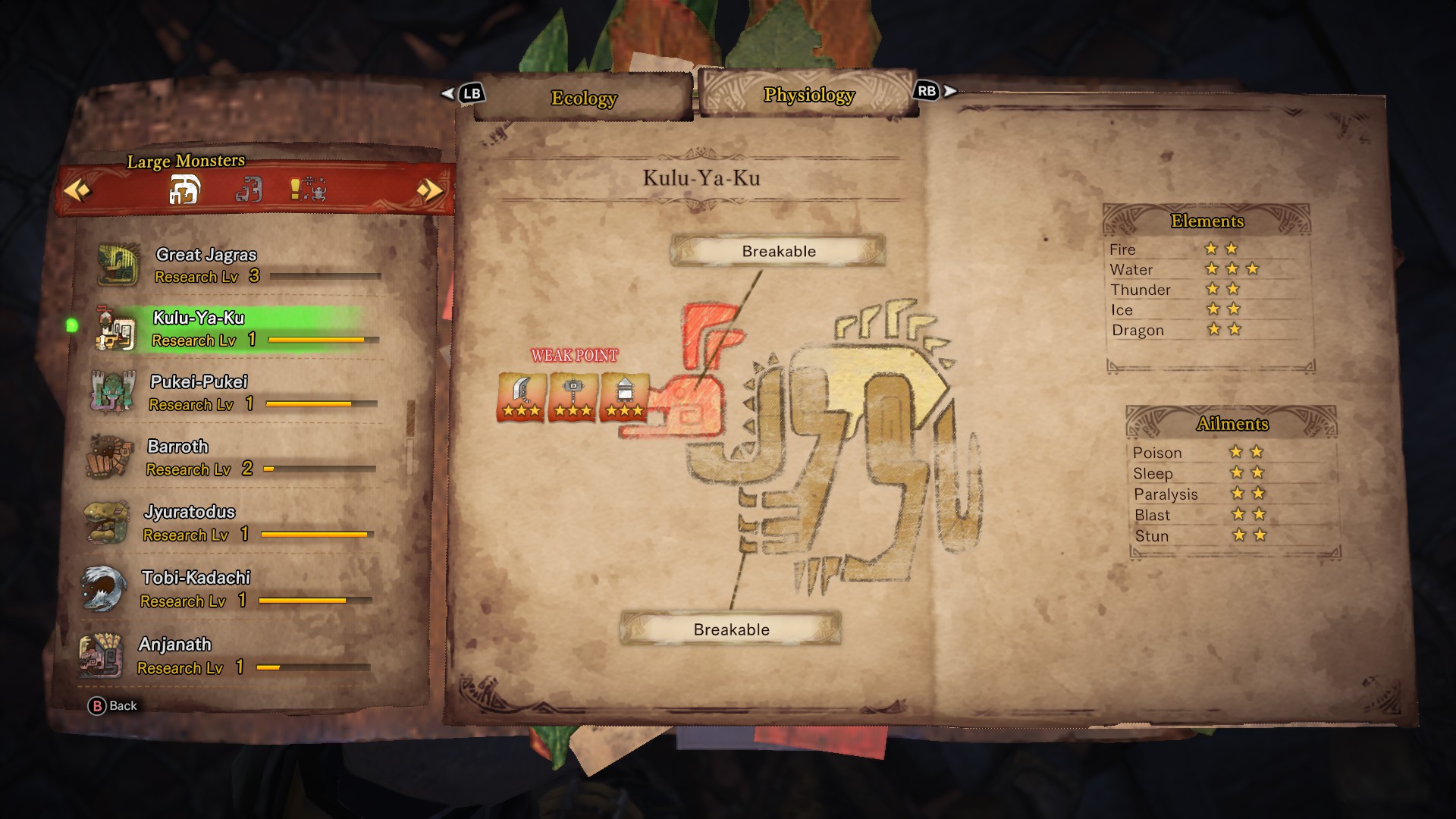 Kulu-Ya-Ku's main weakness is water, though this is the only element that has a slightly higher boost as it's relatively susceptible to all the other elements, as well as all the ailments. You can't really make a bad choice when it comes to exploiting weaknesses in this case.

To make up for a lack of resistances, the only weak point it has is in its head. All three weapon groups can deal lots of damage to it, so again there's no bad choice here. The front claws can also be broken, but this is not a weak point so will take longer to break. It's a bit faster than the Great Jagras, but really any weapon will do the job nicely. 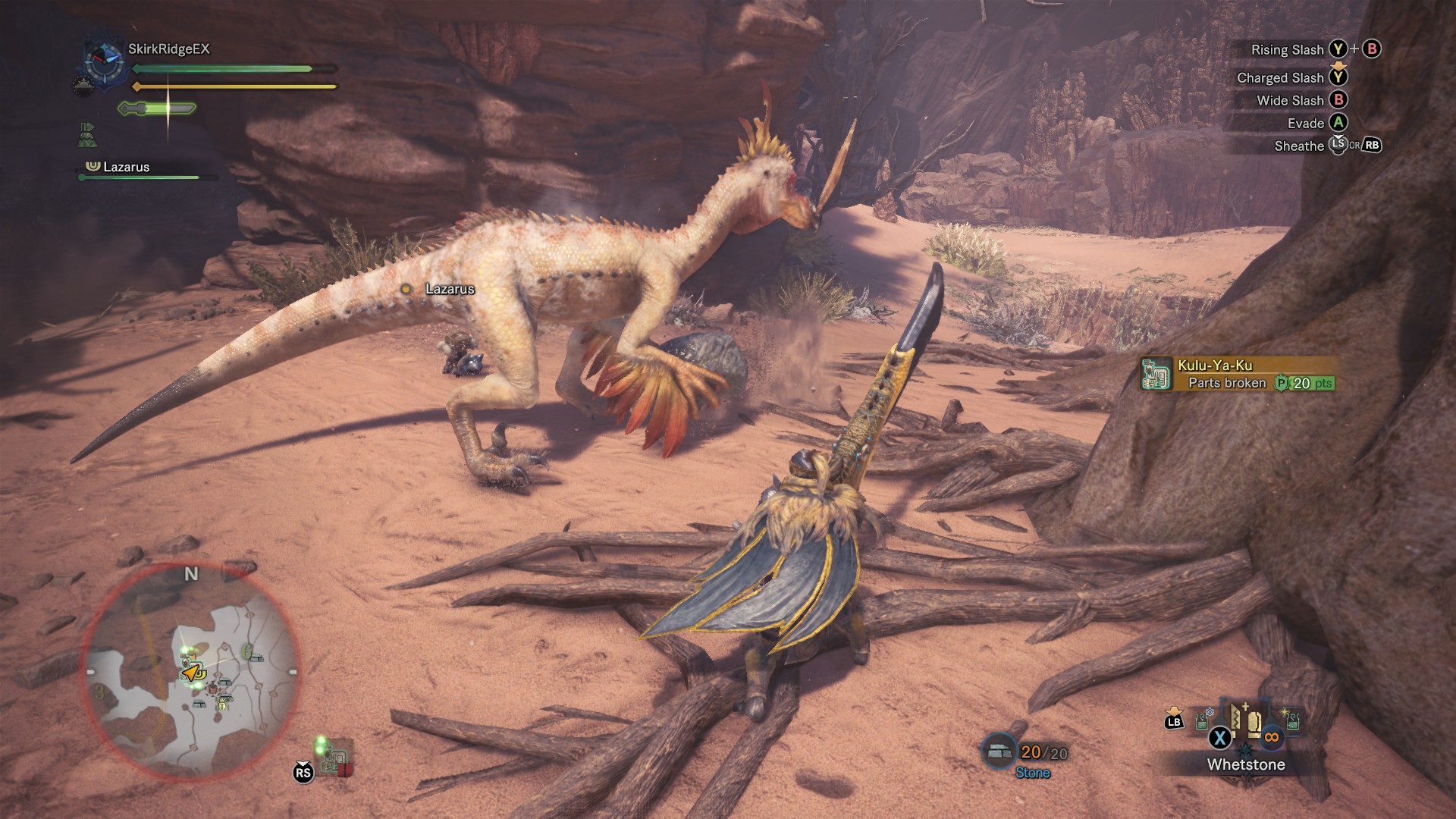 How to fight the Kulu-Ya-Ku

The Kulu-Ya-Ku makes up for its rather embarrassing lack of resistances by being able to defend itself. As you attack it, it will run off and pick up large items such as boulders in order to defend itself. This can make breaking its head a bit of a challenge, so you'll need to time your attacks carefully. If you have the Switch Axe equipped, its sword form can penetrate the rocks it defends itself with.

Its attacks include being able to throw those boulders at enemies, as well as a few leaping attacks, so be aware of whether or not it has equipped itself with a random rock if you're taking it on at range. Aside from this, it can only attack from up close and is relatively easy to dodge. This is another monster with a hideout for when it needs to rest, so be sure to exploit that when the time comes.

One thing of note is that Kulu-Ya-Ku is a bit of a hooligan. Should it encounter a Rathian nearby, it will attempt to steal any nearby eggs, prompting a guarding Rathian to attack it. Just be sure that you don't provoke the much scarier wyvern if your equipment is of a lower grade.

What materials can I get from the Kulu-Ya-Ku?