Very few monsters in Monster Hunter: World could ever be described as "cute". In fact, I wouldn't even describe the bloated puffball known as Paolumu as such. It's a deceptively challenging fight too as this is a flying creature capable of some rather hard-hitting attacks if you're not careful. This guide will go over what how to kill it, what its weakness is, and what to watch out for when it puffs up.

Your first official target in the Coral Highlands, this self-inflating bat can be somewhat hard to track effectively, as well as being one of the flying creatures able to escape with relative ease. It could be quite the ordeal, so head on over to our Monster Hunter World guide to get more tips and tricks for surviving this hunt. 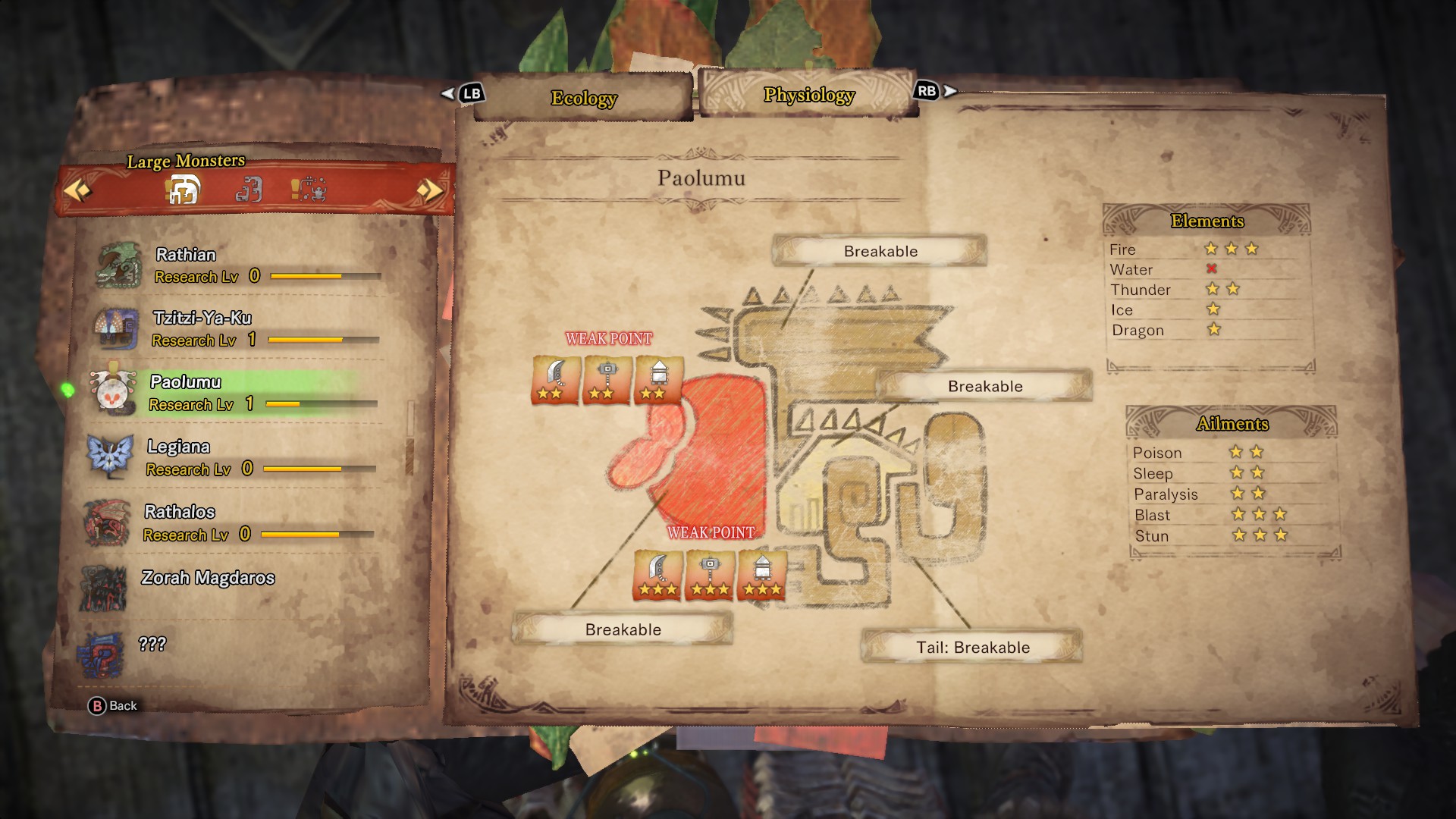 Paolumu is very weak to fire, so make sure to bring along an appropriate weapon. As it is a flying monster, firearms such as the Bow or either Bowgun with fire rounds are a good idea to exploit that weakness. Thunder is slightly less effective, while ice and dragon do normal damage. Water is ill advised here thanks to its resistance.

If you have any devices capable of either stunning it or blasting it, be sure to take them with you. At this point you may even have access to a weapon for your Palico that can stun enemies. This is a very good set against this monster as your Palico can set you up for a combination of blows. Other ailments aren't as effective, but the Paolumu doesn't have any inherent resistances for status conditions.

While its wings, tail and torso are all breakable, the only big weak point is its head area. This is sectioned off into two parts: the head itself which is moderately weak to all forms of physical damage, while the inflatable throat can be broken and is by far its weakest point. This is also where the Paolumu is at its most dangerous, so take care not to get caught up in a gust of wind. Ranged weapons are probably your best friend in this fight, but any weapon aimed at is bloated form can deflate it. 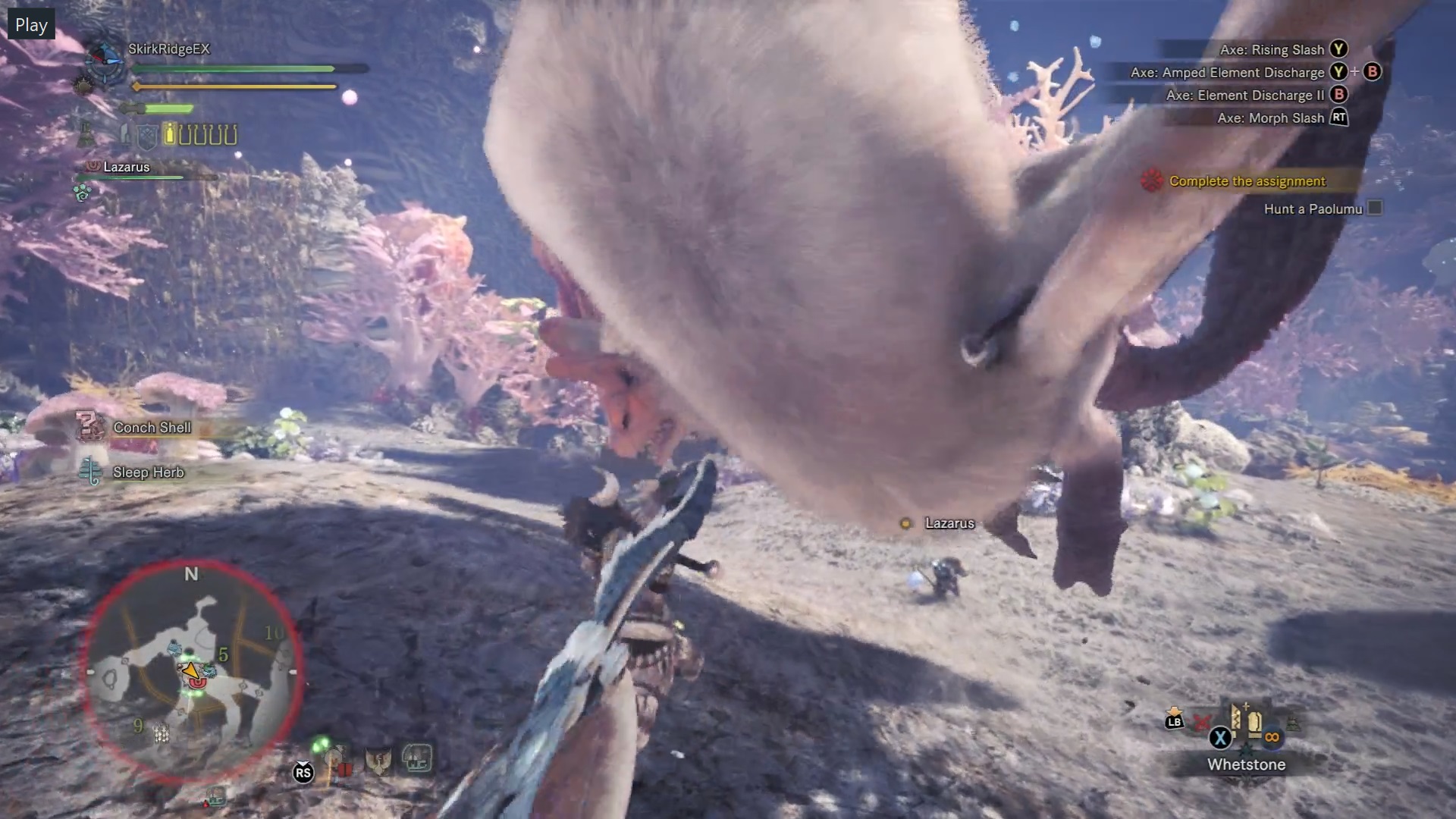 How to fight the Paolumu

In order to give yourself the best possible chance, try to have a weapon that either has a long reach or is a ranged weapon. Weapons such as the insect glaive, long sword, and any of the ranged weapons will ensure you're hitting Paolumu in both of its states.

Paolumu has two states, the first of which is ground-based with its neck deflated. Its main attacks in this state are to charge at you, whip with its tail, and occasionally pound the ground. With the exception of the charge, these attacks aren't high-damaging and it does leave itself open to more damage as it attacks.

Whenever it inflates, it exposes its key vulnerability in its throat which you should be targeting as much as possible. However this also indicates that it's about to unleash some of its more powerful attacks. While it's in the air, it can project a blast of air to stun your hunter temporarily. This is by far the most dangerous circumstance to be in as any one of its other attacks can do some severe damage. Its butt stomp can take over half your health away in one blow.

The worst bit is that you don't get a great deal of time to react to any of its attacks if you're trying to hit its throat up close. Therefore if you are capable of stunning Paolumu, while it's in the air is the best time to do so. It will be vulnerable to being attacked, but it will also revert to its ground state, allowing you to avoid having to deal with some of its more devastating attacks.

When its health gets to a critical point, it will fly away to its nest. This unfortunately also gives it the home advantage and a new attack to boot. It will fly away through one of the holes in the ceiling, before returning at speed, somersaulting to the ground. If the ground pound dealt more than half your life total, this can potentially kill your hunter outright. The best way to avoid this really is to not be in the nest for a while. It will eventually come down, but be sure you're ready if it's revving up for that somersault attack. It shouldn't be too long before you slay this somewhat majestic beast.

What materials can I get from the Paolumu?