Oh dear god, I've got so much work to do updating this Mordhau weapons guide. For those unaware, Patch #7 of Mordhau has released, bringing with it not only two entirely new weapons (the Javelin and the Heavy Handaxe) but also a huge amount of minor stat changes and balance tweaks to Mordhau's expansive weapons arsenal. Some damage values have literally been increased or decreased by 1. I swear, they're doing this just to screw with me.

Below I've done my very, very best to condense the massive amounts of information on every single weapon in Mordhau so that it's easy to understand and identify the strengths and weaknesses of each one. I'll walk you through each weapon in order of its point cost, with my own personal opinions on how to succeed with them. So if you want to know your Arming Swords from your Heavy Handaxes, your Short Spears from your Javelins, your Zweihanders from your Greatswords - well, you're in the right place.

Oh, and while you're here, why not check out our main Mordhau guide page? It's packed with some really good practical tips on how to improve faster than anyone else around you, and you can also find links to all the other areas of our ever-expanding Mordhau guides series from there. In particular, if you want to read about all the changes that Patch #7 has brought to all the weapons, then read the full patch notes in our Mordhau patch notes/future content guide.

Right, I'll waste no time because we've lots to cover; but I will say that if you're looking for tips on the ins and outs of combat itself, then you'd be better off checking out our Mordhau melee combat guide (or indeed our Mordhau archery or Mordhau horseback combat guides depending on your preference). Once you've done that, come on back here, because below you can find stats on every weapon currently in Mordhau, along with a few sentences from me on each one, comparing them to one another and showing you how to succeed with that specific weapon.

Because it doesn't really make that much sense to categorise these weapons any other way, I've split all the Mordhau weapons based on their point cost, with a separate table for the archery and throwing weapons. Click on any of the links just below to skip to a particular section.

A couple more things before we begin. First: I've tried to condense the below stats so as not to overwhelm you with data, but if you're after the full list of stats as they appear in-game, simply click on each weapon's name to open up a screenshot of that weapon's full stats. Second: just to avoid any confusion, the weapon speed stats appear in the form of "X+Y" where X is the wind-up and Y is the release of the weapon's attack. 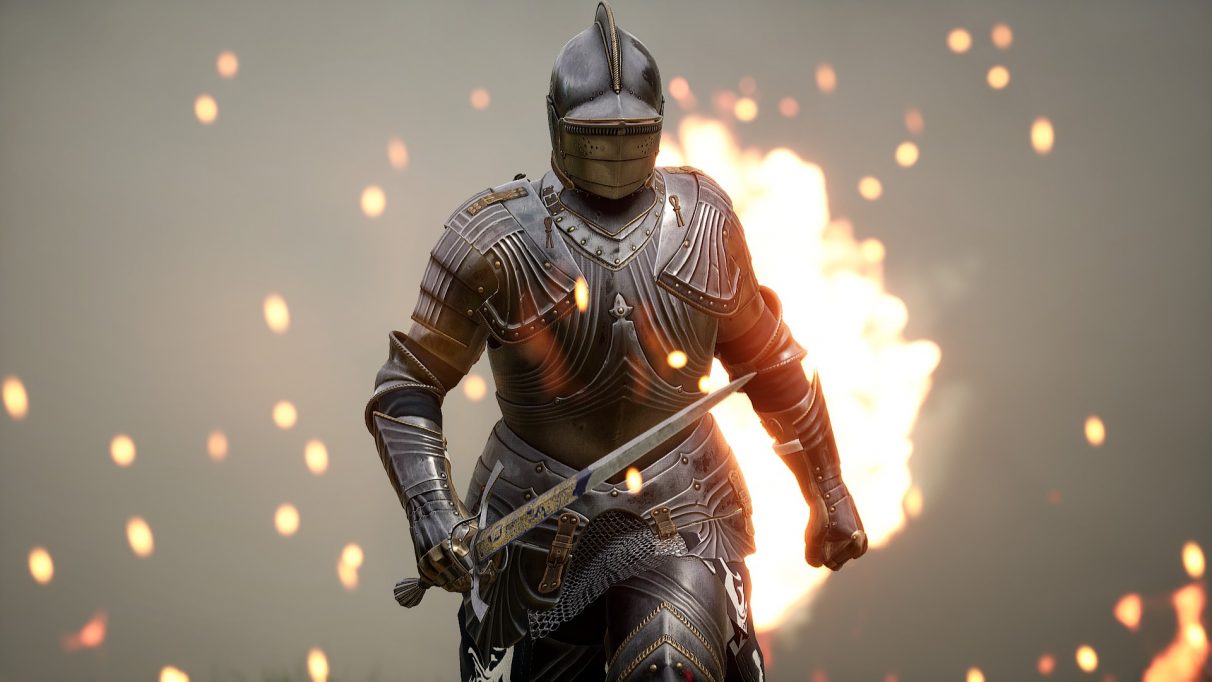 These weapons are the cheapest that money (or points) can buy, so of course you can't expect them to be as lethal as a Zweihander or a Halberd. But they certainly have their place, either as a backup weapon or as a main if you're putting all your points into armour and/or perks. Plus - some of these are actually rather formidable weapons. Shout out to the Falchion, Arming Sword, Heavy Handaxe, and Quarterstaff in particular. See for yourself below. 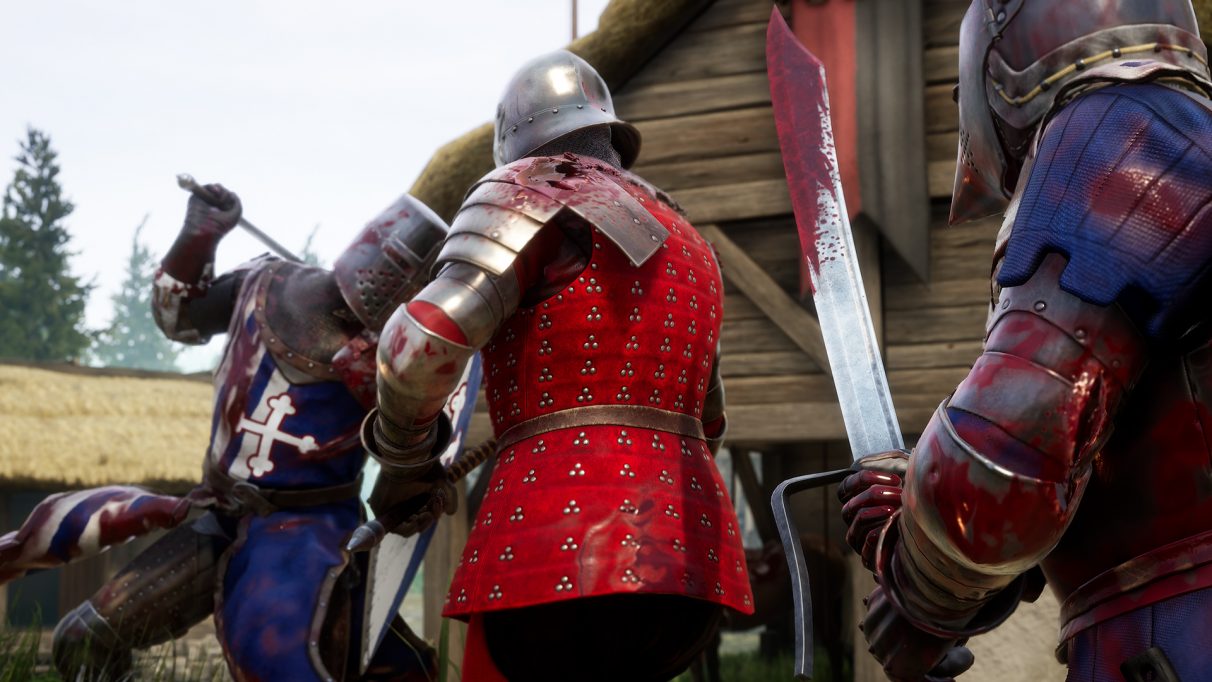 Now we're getting into the mid-range tier of weapons - not the most damaging and not the fastest, but possibly the most versatile, and certainly where some of my absolute favourite weapons reside - namely, the Billhook, Messer, Longsword, and Poleaxe. Many of these are truly excellent for their price, and allow you to spread your points equally between weapons, armour, and perks. 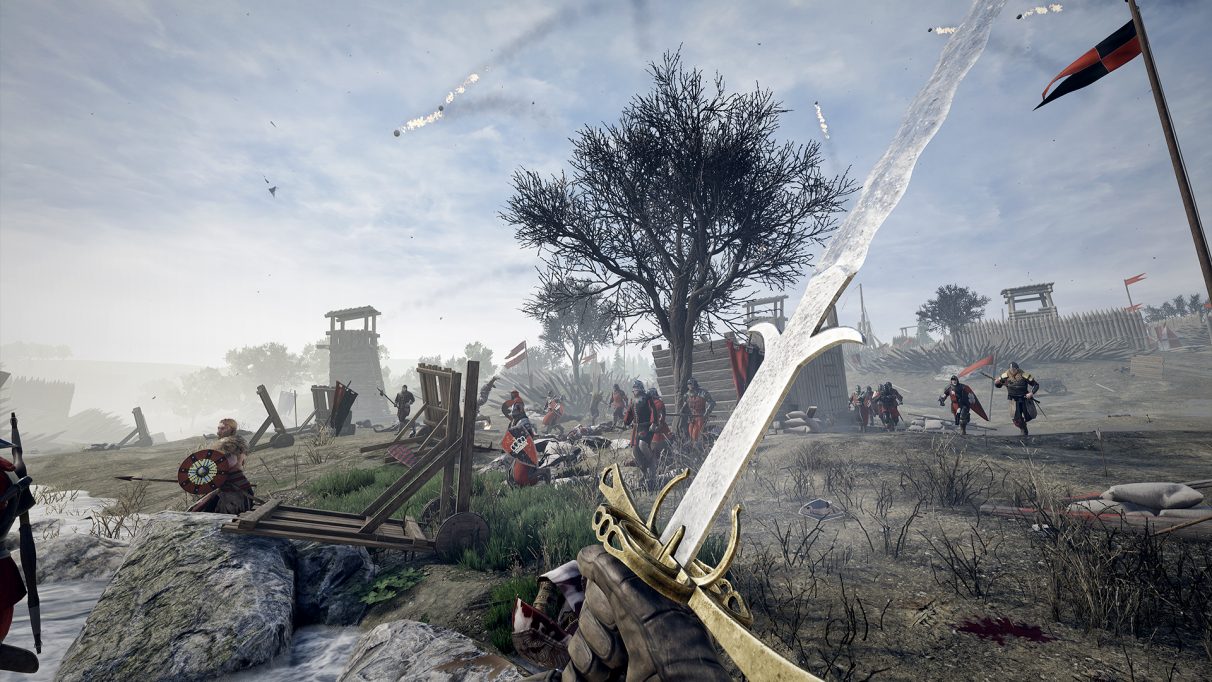 Oh, you lot. All you care about is damage. Well, to be fair, damage is pretty dang important, particularly in large team fights. And the 7-11 price range is home to a very diverse array of deadly implements - but here more than anywhere else you need to learn the strengths and weaknesses of your weapon. Because if you've chosen one of these, chances are you're relying on your weapon rather than armour or perks to get you out of trouble.

Favourites out of this category? Probably the Spear above all else, because that range is just stupidly good if you know how to use it properly. Shout out also to the Zweihander, Bardiche, Executioner's Sword... You know what? You can take any of these and you'll slaughter everyone if you practice enough. Just learn the weapon, and enjoy. 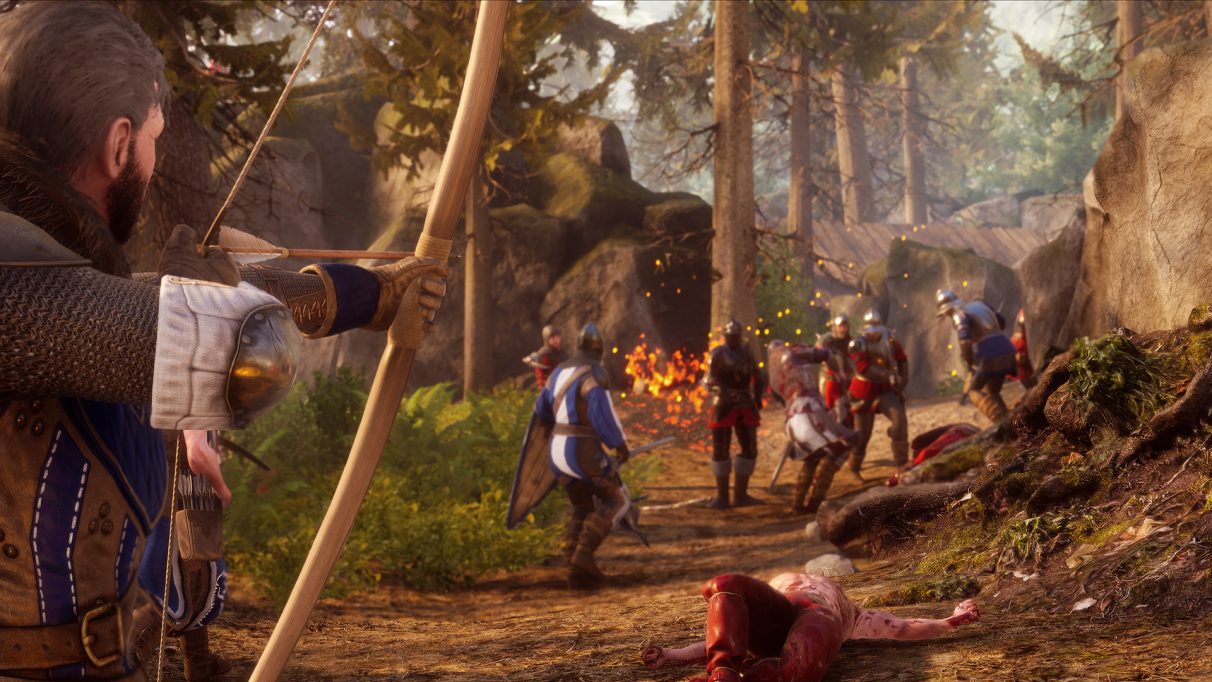 And now we get to the bows and throwing weapons (and by throwing weapons I mean the weapons where all you can do is throw, rather than the various melee weapons which can also be thrown, such as the Dagger or the Maul). The throwables are fairly easy to understand and not too much differentiates them, but the bows are far more intricate and, as with ranged combat in general, you'll need to put some serious time and thought into how you approach your use of these destructive tools.

You can find the list of remaining weapons below which you can only use by finding them on the map, or by picking up the 8-cost Peasant perk for your character. I haven't included my personal opinions on each of these weapons, because honestly I don't rate any of them highly - much like the Peasant perk itself, which you'd know if you've read my Mordhau perks guide. But the full stats are below, so enjoy!

Finally, for completion's sake, below are the damage values for all the fist attacks both with and without the Brawler perk.

And that's more or less everything, I think. Let me know if there's anything I've missed or misread down in the comments, but hopefully this should have given you a decent grasp of every weapon in Mordhau and how to use them to the very best of their - and your - abilities. And do check out our other guides if you have the time!