With the first character of the Kombat Pass now available, it seems there's some confusion around Mortal Kombat 11's Krypt and its wealth of unlockables. We aim to set the record straight with some new details on the DLC characters, as well as give you some tips for unlocking stuff in the Krypt, even after numerous patches. Yet there are ways if you know how, that you can unlock the multiple different locations, heart chests, and even the head spikes.

Whether you're a newcomer or a veteran kombatant, there's plenty of things to know about Mortal Kombat 11. Head on over to our hub for everything you need to know which you can find in our Mortal Kombat 11 guide.If you want to get some hearts there are a few ways that you can do it. You can either go to our Mortal Kombat 11 farming guide to learn more about how to quickly obtain them.

In this guide, we will give you the locations of the heart chests in the game that have been documented thus far, as well as locations of each of the items you'll need to explore the Krypt fully. 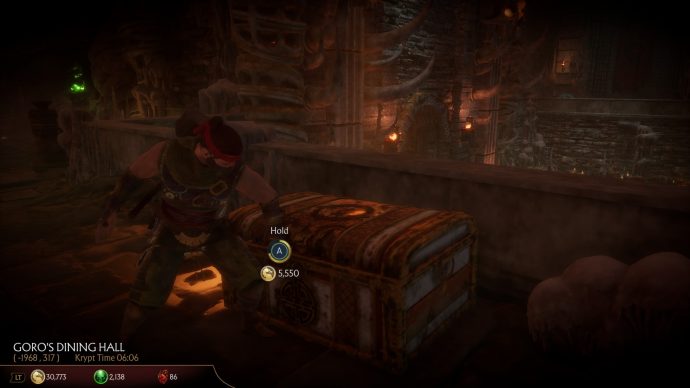 With the latest DLC now in the hands of the public, it seems that the Krypt is not the method for unlocking the new fatalities, brutalities, and costumes for Shang Tsung. Instead, it is using the Living Towers to hide away the vast majority of the stuff for Shang Tsung, and it can be safely assumed that the rest of the characters will work in the same way. Luckily, the Living Towers have been toned down significantly in difficulty and these ones in particular are able to be completed with relative ease. You will need to manually control your character however, so some knowledge of combos and attacks may be necessary. These towers will be available for a while, so you should have plenty of time to dive in and complete these challenges.

The significant majority of the chests found within Krypt have randomised locations. The loot of each individual chest is the same throughout, so you'll only get a certain combination of items. For example, if a chest were to include two pieces of concept art for Jacqui Briggs, those two pieces of concept art would be found together in a different chest in someone else's game, but always together.

The one exception to this are the Shao Kahn headed "Heart chests". These require you to smash the bonce off of them first, before spending a whopping 250 hearts to open it. Hearts are by far the least common currency in the game, and NetherRealm Studios have recently made the announcement that they'll be increasing the amount of all currency, including hearts, earned.

Currently you'll get a few hearts at most for executing a Fatality or Brutality, so it's a bit of a grind. We have some tips on farming resources in our Mortal Kombat 11 farming guide. You obtain resources by doing the following: 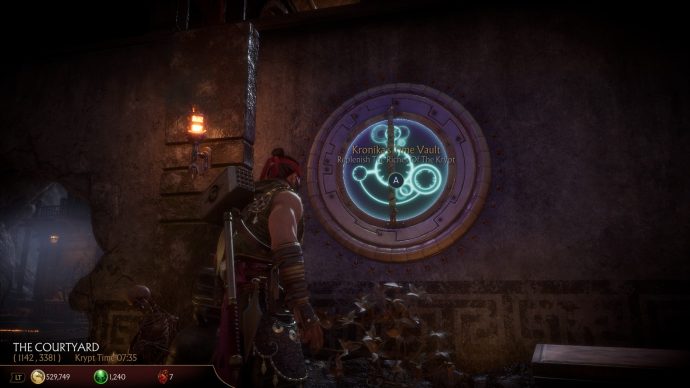 One of the major barriers you'll face is when it comes to unlocking special doors with Skeleton Keys. However there is a way to replenish chests reliably and one of the chests is guaranteed to contain a Skeleton Key per opening it. The chest at the Palace Entrance (6410, -460) contains a Skeleton Key every time you open it, meaning that you can use Kronika's Time Vault to repopulate the chests for 2000 Koins per chest. This includes all the soul chests that have been opened, but not the heart chests. The nearest Kronika's Time Vault to the Skeleton Key chest is at The Courtyard (1136, 3393). 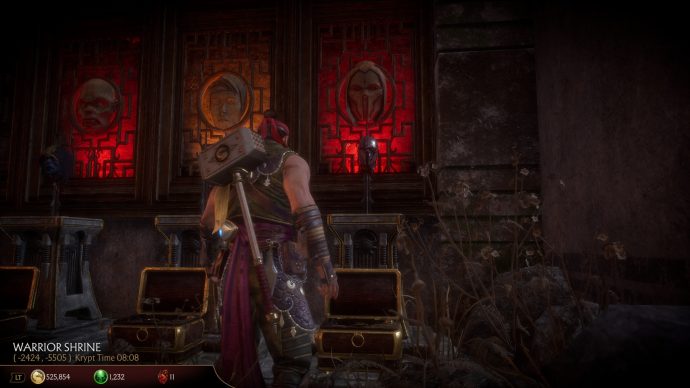 Some of the best treasure to unlock is hidden away. To unlock the Throne Room, you'll need to stick some heads on pikes, and to get these heads legitimately, you'll need to perform 50 fatalities or brutalities on specific characters in the Towers of Time. This can be quite the grind, so the best recommendation is to combine this with farming of materials with AI fighters. More on those in our Mortal Kombat 11 farming and our Mortal Kombat 11 characters guides respectively. There was a method when the game first came out for unlocking these chests where you exploit a glitch as you load into the Krypt, however I have now tested this with the latest version and this is now confirmed to no longer work. 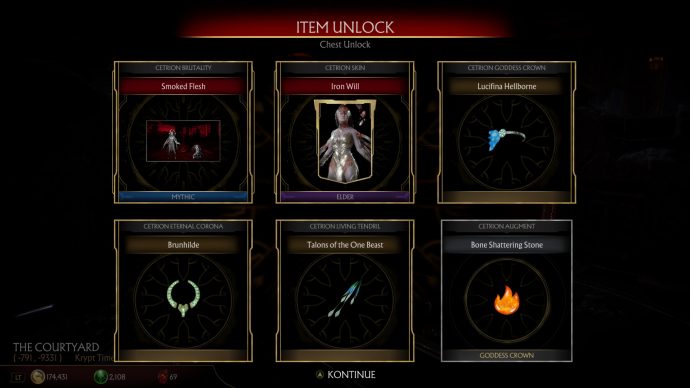 First and foremost, a massive shout out to the Mortal Kombat 11 Reddit community for joining forces with each other to make a massive list of unlockable items. In a list compiled by Reddit user "TheCursedTroll", this would have been a massive undertaking without them, so we'll summarise their findings in a table below. I'd recommend searching for the character to see where their corresponding chest is. Each one costs a whopping 250 hearts to unlock.

These ones are also fixed in place, but it's currently not as well researched. These are Scorpion themed, requiring you to unlock them by hooking nearby lanterns. They cost 100 hearts to open. Below are the currently confirmed ones, again courtesy of the Mortal Kombat 11 Reddit community post. 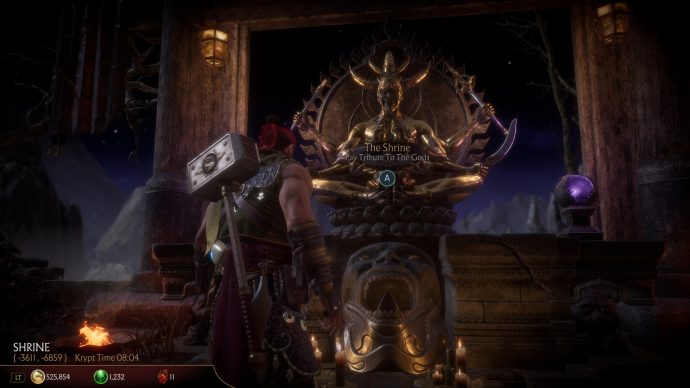 Once you've opened all of the chests at least once, you'll not get a massive amount from sealing them back up and reopening them, unless you're specifically looking for Skeleton Keys. The Krypt Shrine however does still have some valuable gear to unlock, mostly skins and parts, but you'll need to make a sizeable donation. When you first start out, make sure you put in the minimum Koins to unlock a key item. From that point onwards, make sure you're only donating 75,000 Koins if you want parts for characters, and 100,000 Koins for new skins. 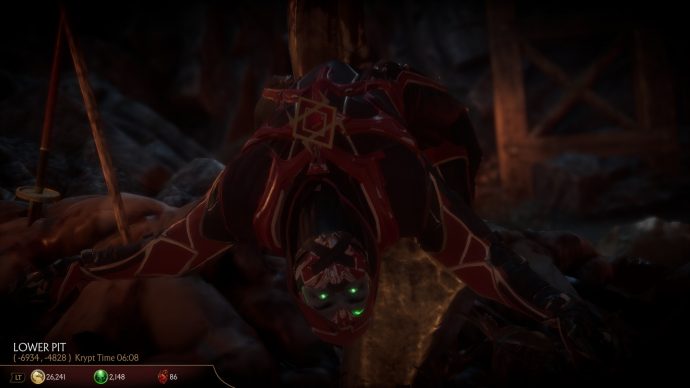