If you’ve played Mortal Shell, even for a little bit, you may have bumped into plenty of fishy, stone chests which refuse to open. Unlike their wooden counterparts, these things simply won’t let you in unless you’ve fulfilled a very specific request.

In this guide I’ll explain how you can start cracking open these rocky presents.

How to open locked chests

To open locked chests in Mortal Shell, you need to collect a Gland which will encase the world in mist. Only when the map is covered in mist will these chests suddenly become lootable. They will glow orange to indicate you’re good to crack them open. 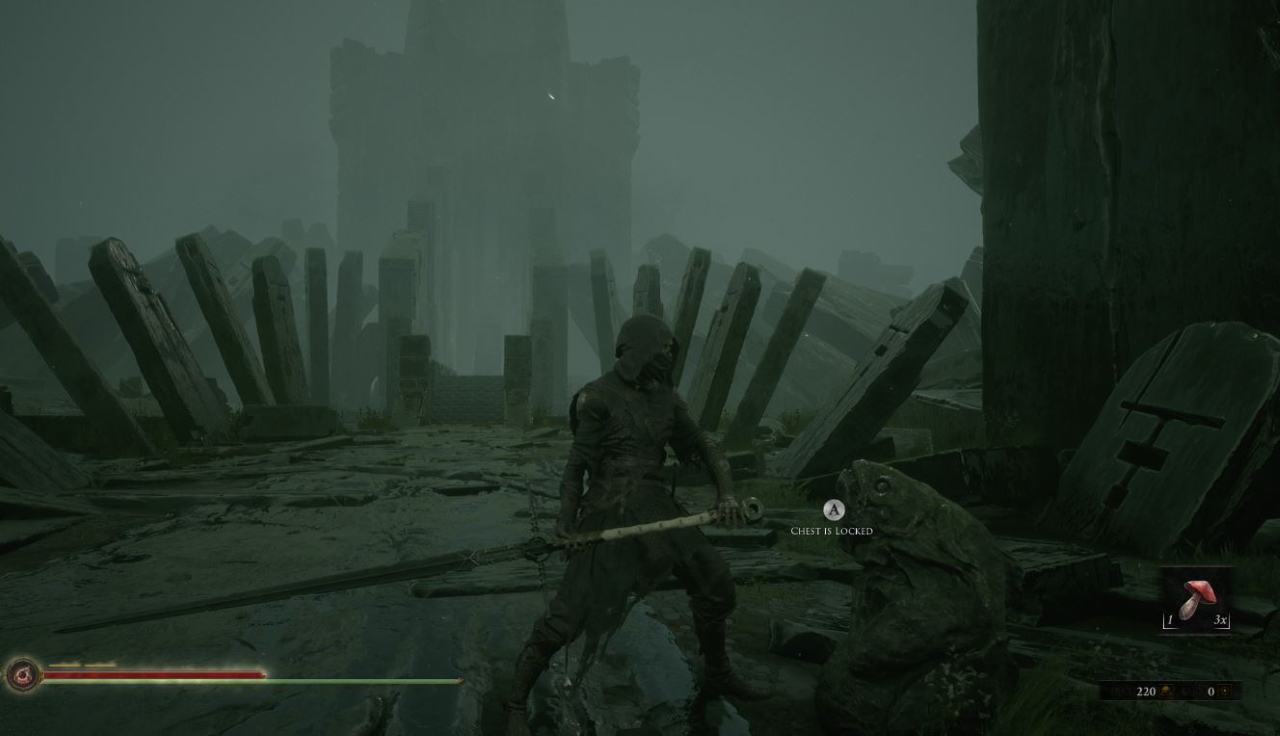 If you’re new to the game and don’t know what a Gland is, it’s essentially a key item which you collect as a reward for completing a zone. There are three Glands, each right at the end of these zones, and your main task is to return them all to the big chained up NPC in the Fallgrim hub area. Once you've returned a Gland, the mist will lift and all the stone chests will revert back to being locked.

Each time you collect a Gland the zone you’ve completed will darken significantly, new enemies will spawn, and some environmental hazards might kick in. You’ll then be tasked with running back out of the area and finding your way back to the hub in Fallgrim.

It’s as you return to Fallgrim where you’ll notice how misty everything is. Make sure you keep an eye out for any stone chests you stumble across, perhaps even go on a bit of a detour and hunt some down if you feel up to it. Many of these chests hold some valuable items so it's well worth rooting around. I’ve nabbed the weapon upgrade material Quenching Acid from them, among many other big boosts to my Tar and Glimpse totals.

I've found exploring the map as Tiel to be the most convenient, as it's the Shell with by far the most stamina to burn. If you're hunting down the rest, I've put together a walkthrough on where to find every single one.