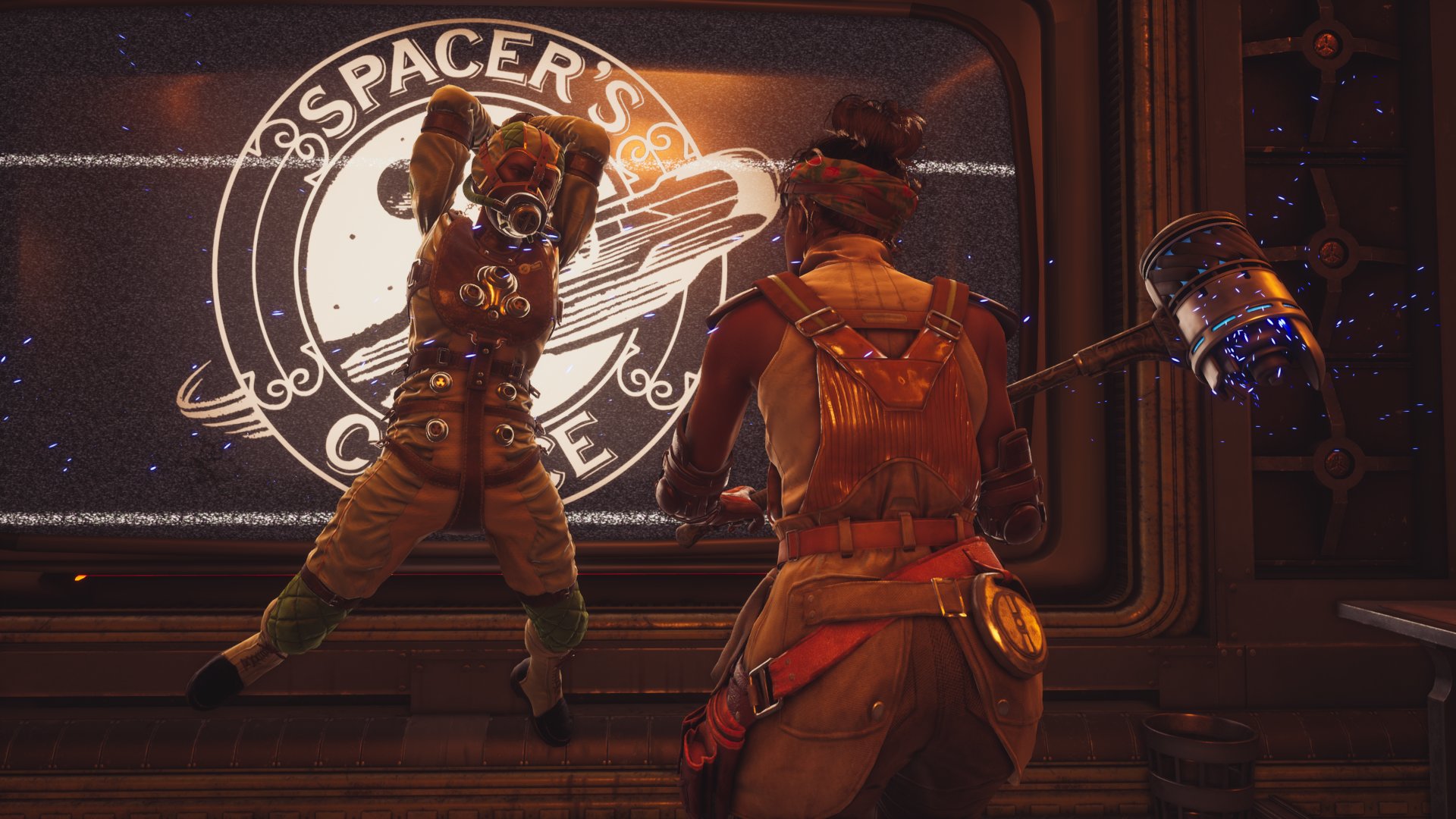 THEY ALL TOLD ME I WAS MAD, BUT I DID IT.

I WROTE FOR BOTH OUTER WILDS AND THE OUTER WORLDS. https://t.co/0EdMqKkeEl

As the kids say, I shan't even.

These names are the bane of my career. I don't blame Outer Wilds devs Mobius Digital, because they were first. It's all the fault of Obsidian Entertainment, who announced--let me check I've got this right--The Outer Worlds years after the other one.

Kelsey herself had previously tried to help people out of this linguistic hole with a mnemonic device, which is now useless:

If you’ve found yourself mixing up Outer Wilds and The Outer Worlds, you might appreciate this handy mnemonic I made up:

Earlier this year, after Obsidian hired her, she said "don’t worry, I am working on a clearer mnemonic. Possibly: 'Obsidian's the studio I w*O*rk for, and they made The Outer W*O*rlds'?"

I hate this. I mean, I'm happy for her and her career. And Outer Wilds was our favourite game of 2019. But... all this. I am too delicate for this. From now on, nobody is ever allowed to correct me when I mix up the names, because it is no longer my fault. If this doesn't kill me, Old World and New World will.

Correction: This post originally said "Outer Wilds writer Kelsey Beachum has declared she wrote for the newly-announced The Outer Wilds DLC" and I swear to god that was not intentional. I hate this.