Do not pursue Lu Bu, because he has shotguns - you should probably snipe him instead in Overwatch's Lunar New Year event, starting now and running until February 18th. Celebrating the Year Of The Pig in China, most of the cast are dressed up again as characters of Chinese myth and legend, including a few choice picks from Romance Of The Three Kingdoms. This event also features the return of Capture The Flag mode, a personal favourite and now on more maps.  Have a look at the event trailer and some choice costumes below.

Most of this year's Lunar New Year treats are contained in loot boxes or otherwise returning from last year, but there's a bundle of new skins this time round, mostly Three Kingdoms themed. There are a few interesting outliers, such as Tracer dressed up as Hong Gildong, a Korean Robin Hood-like figure. If you missed out on past years, now's the chance to pick up the Journey To The West-themed costumes from last time, including Winston (unsurprisingly) as Sun Wukong, and Zenyatta as Sanzang.

And here's a handful of my favourite new looks from this year's lineup. Big bushy beards are in, unless your name is Reaper, who gets in purely because of Lu Bu's memetic value. 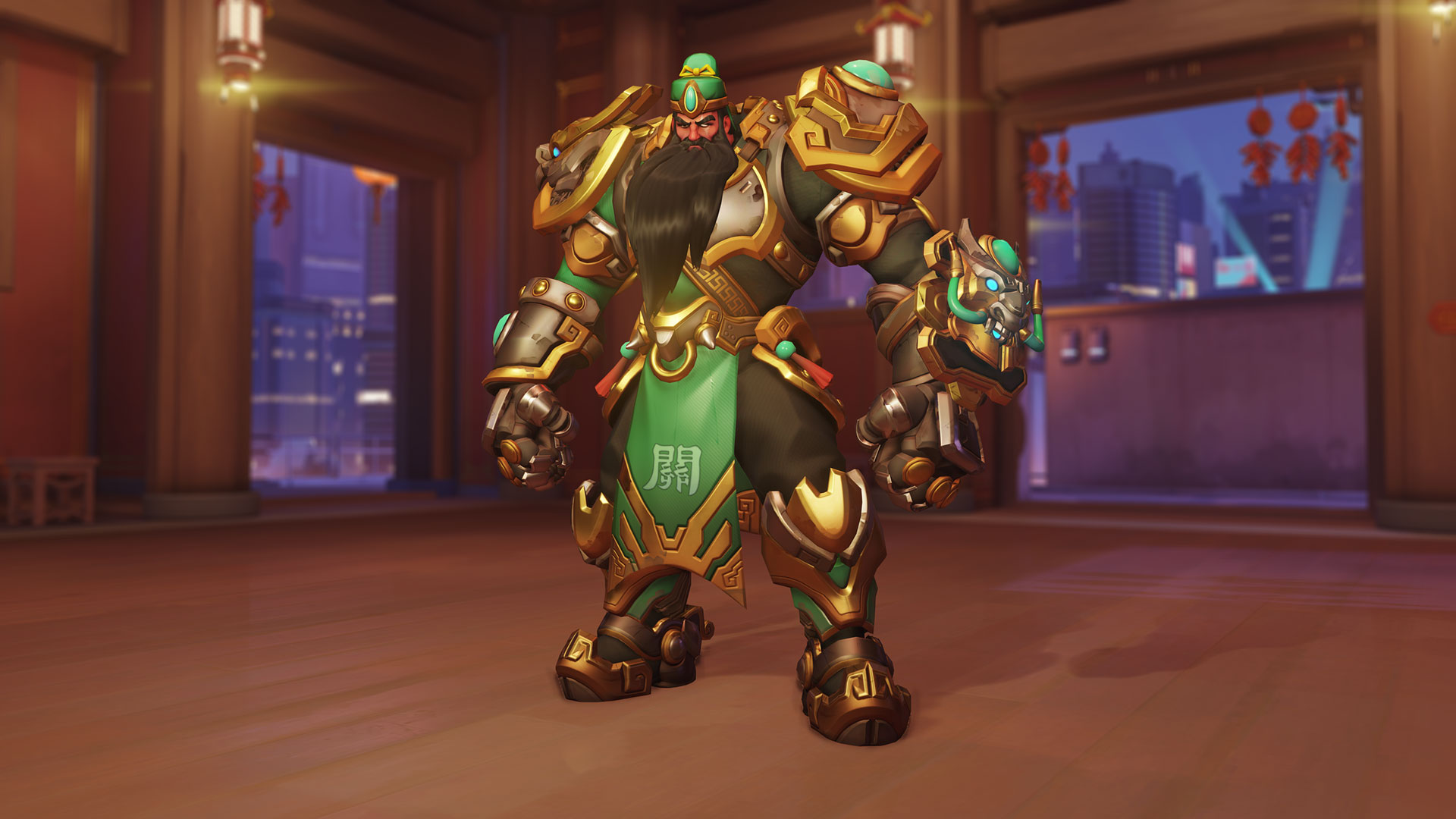 Reinhardt makes for a spectacular Guan Yu, and he's even traded out his hammer for a rocket-powered guandao. That beard is just made for billowing majestically in the wind like a wild horse's mane, and the fact that the guy has rocket boosters means he can make it billow perfectly whenever he likes. 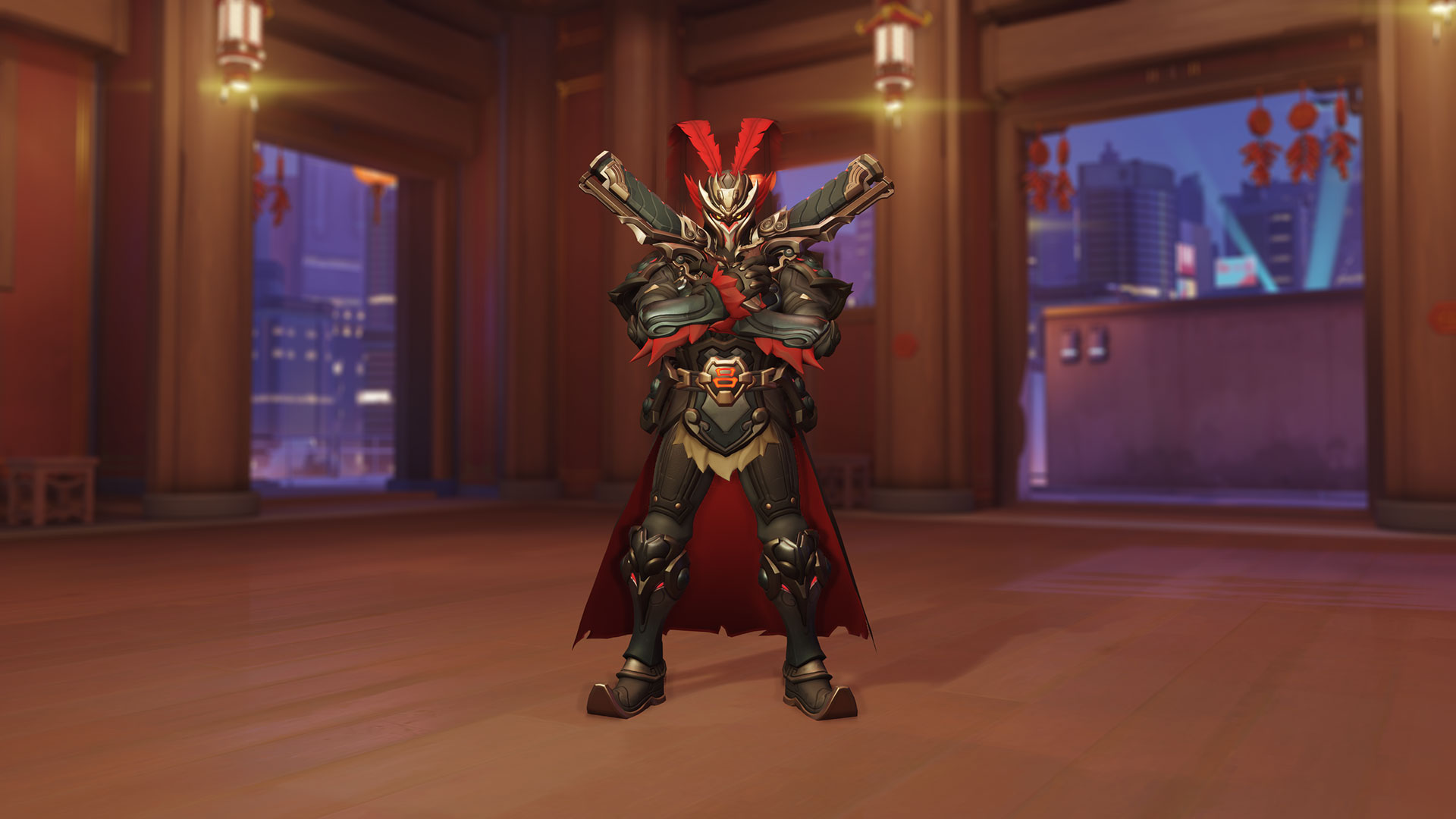 Reaper, of course, has no beard beyond a villainous little goatee under that mask. He attempts to distract from his shortcomings with Lu Bu's iconic red feather headdress, although he hasn't put nearly as much effort into other parts of his costume. I still giggle at his glowy-eyed, frowny-faced kneepads. 6/10 - decent, recognisable, but doesn't really go above and beyond. 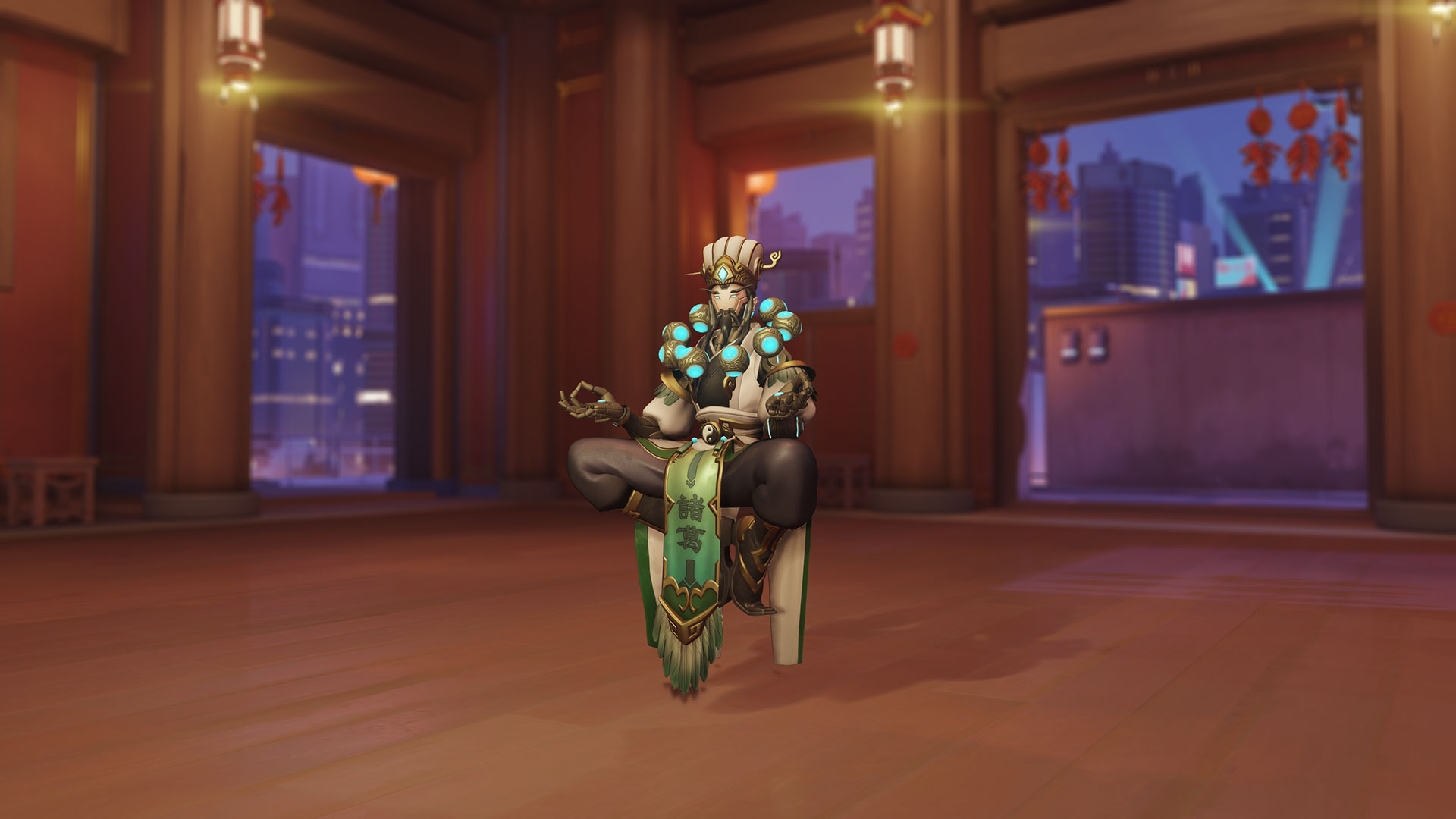 Zenyatta on the other hand gets high marks for his wise tactician Zhuge Liang. A thematically clever character choice, and he wears it well. He even has a little bit of glue-on robot facial hair as well. For shame - if an Omnic ascetic can do it, why can't you, Reaper? 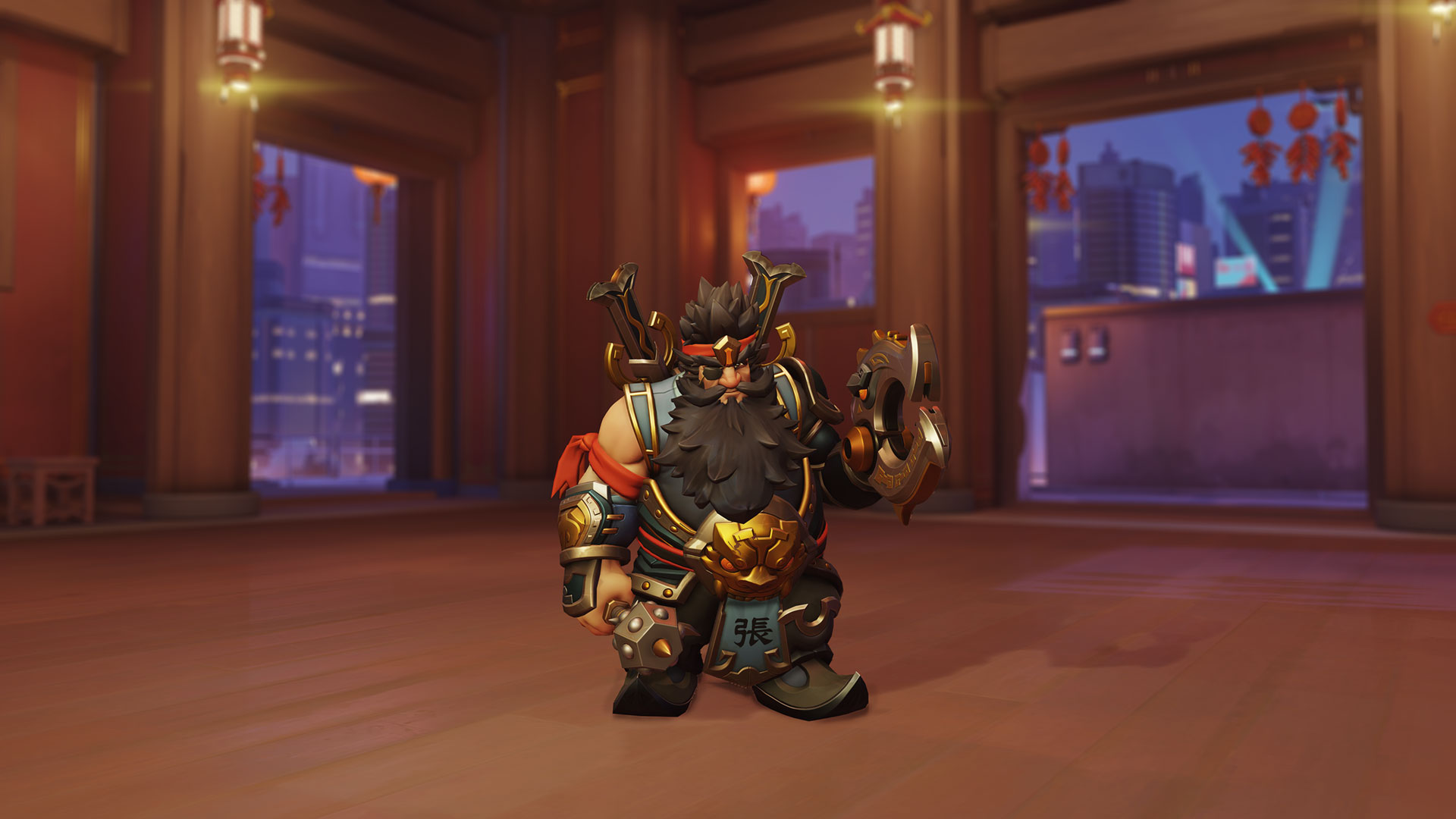 Torbjorn doesn't let his height get between him and an excellent Zhang Fei costume, either. Swapping out his wrench for a mace isn't a bad call either. He had a bit of an advantage beard-wise to begin with, but he's dyed it, feathered it and really put in the effort to get that whole cultivated wild-man look going. He's even accessorised with a pair of ornate swords across his back! Top marks.

Those are my favourite picks from this year's catwalk, but you can see the full 2019 Lunar Year range in Blizzard's official fashion catalogue/event page here. There's plenty of sprays, animations and more not pictured, so go win a few matches and rummage through a box or three to see the rest. The event is live now, so log in, capture some flags and grow out those beards tonight.