I'd never describe Path Of Exile as an easy game. I'd even go so far as calling it one of the tougher action RPGs out there, but some of its more dedicated fans just love pain. Announced yesterday and planned to launch some time in the next week, the most masochistic players of Grinding Gear's free-to-play hack n' slasher will soon have the option to put real money down on private leagues to share with friends, running a custom rule-set. There's no options to make the game easier in these private leagues, but they're providing plenty of new ways for players to die.

Path Of Exile's options for spending real money have been limited to cosmetics and some stash sorting tools until now. Private Leagues feel like a bit of a change, although still within the realm of 'ethical' free to play. This is a niche feature aimed at groups of competitive players. A basic private league lasts 10 days, has 10 player slots and costs 120 points - $12, though the price can be shared between a group. Additional player slots and time can be added at any point, and cost more money, though custom rules (set at league creation) are free. Private leagues are limited to two months. 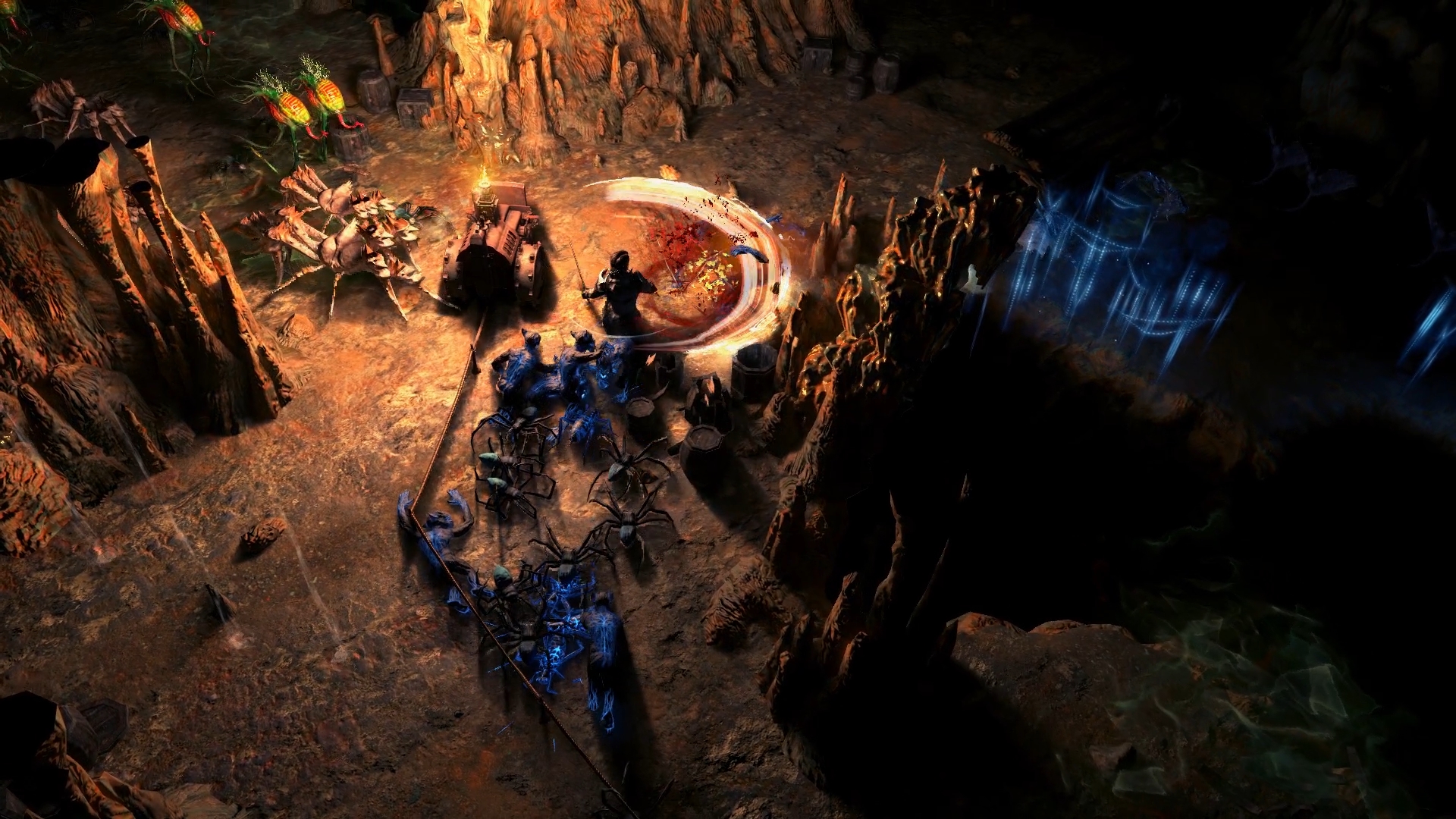 The Private League modifiers sound mostly brutal. You can give monsters better stats or reduce player resistances, but more interesting is the 'no magic or rare items' modifier. Only basic, non-magical gear and the occasional unique item will drop, forcing players to use crafting items to enchant weaponry if they want any kind of buffs. Especially mad groups can also disable player stashes, NPC shops and even recovering health and potions when in town. With absolutely everything turned on, I can see it being an intense experience for a close-knit party, but not for me.

For the less masochistic among us, Grinding Gear are also teasing a major reveal next week - Path of Exile version 3.5 - an update which they're calling their "largest expansion this year". Given that we've already seen amoral pokemon,  even more amoral time travel and an infinite mega-dungeon added in the past nine months, it seems safe to assume they've got something big planned to end the year on.

Path Of Exile is free-to-play. You can find it on its official page here, or on Steam. You can read more about the Private League system here, and it should be launching within the next week.