The latest chunk of DLC for The Sims 4 is arriving on November 13th. Entitled Snowy Escape, it's a wintery-themed one this time, so is very seasonal, and I got to play a bunch of a preview build. Snowy Escape adds a new world, Mt. Komorebi, with three neighbourhoods - one of which is the mountain itself where your Sims can ski and snowboard and climb to their hearts content (or at least until they really need a wee).

It also gives your Sims the capacity to nurture deep, bubbling hatred that they remember over time. I fear this spells doom for us all.

Mt. Komorebi is "Japanese-inspired", I suppose in the same way that the rest of The Sims 4 is not technically set in the USA but definitely is. This comes with a clutch of new clothes (although you may be disappointed in the additions to your masculine Sims' wardrobes, as they feel fewer and less fun than the feminine items), and a big ol' wodge of new build and buy items. Some of the furniture and clutter in particular is really nice. I fell in love with one specific bookshelf, and whoever gave some of the plants descriptions in haiku form: your work did not go unnoticed. 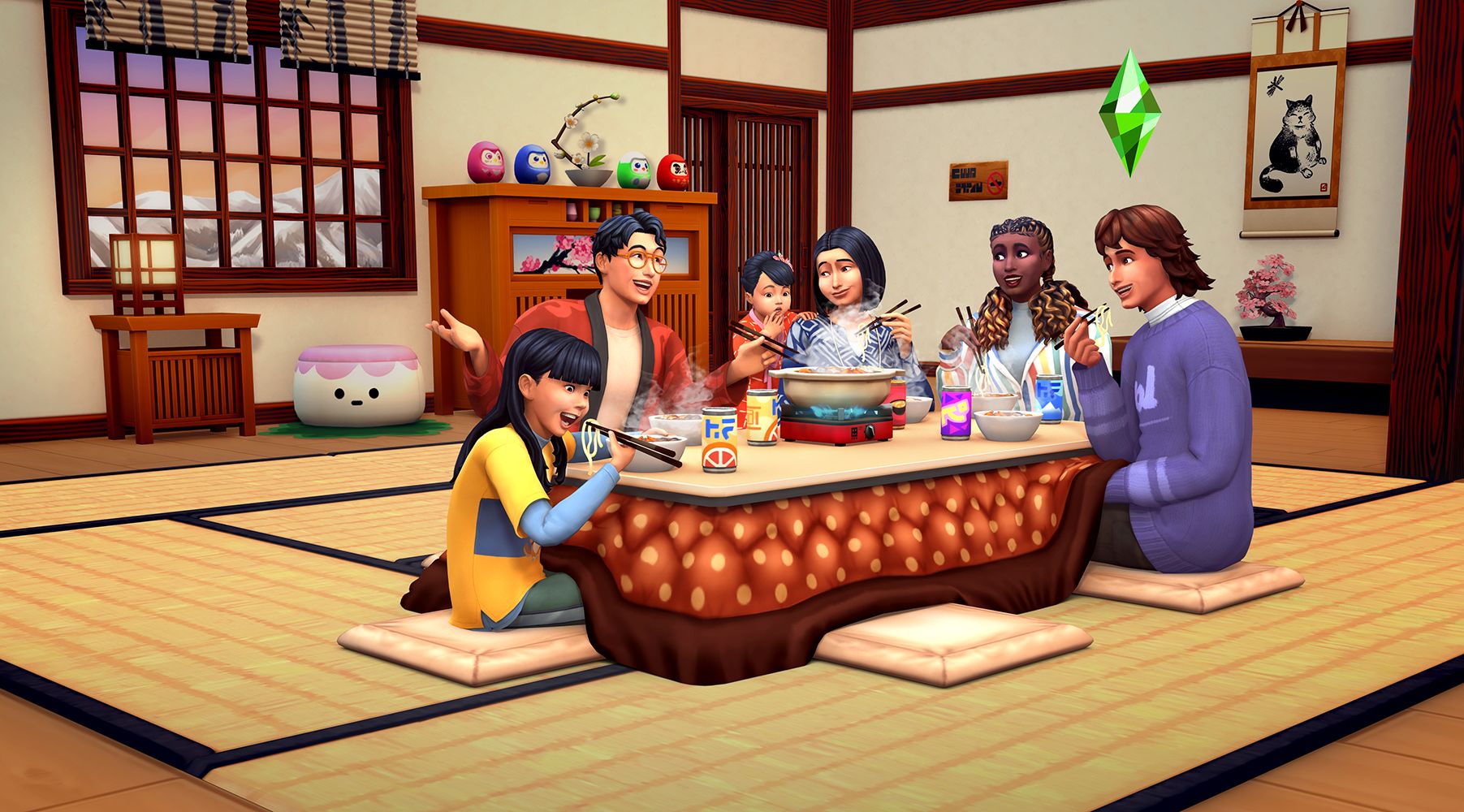 I am in favour of The Sims branching out like this. I don't want every build I see in the gallery to be a colonial McMansion, a European-ish gothic castle, or a grim Hollywood bungalow. But the new cultural inspiration has not been without some controversy. EA partnered with some popular Simmer YouTubers to build all the houses and lots in Snowy Escape. The exact nature of this partnership hasn't really been demystified yet, and it has been noted that, for a Japanese inspired DLC, they sure did use all white and Australian/American YouTubers. They've also already edited the trailer and made some small changes that will be in the final version of Snowy Escape, in response to people pointing out potential cultural insensitivity to Korean players. More things like this may well shake out over time.

But, as with the last expansion pack, Eco Lifestyle (which gave you the ability to make your Sims into grim little bin goblins), my several days with a preview build of Snowy Escape left me more interested in the mechanical changes to lifestyle and personality than the new world itself. 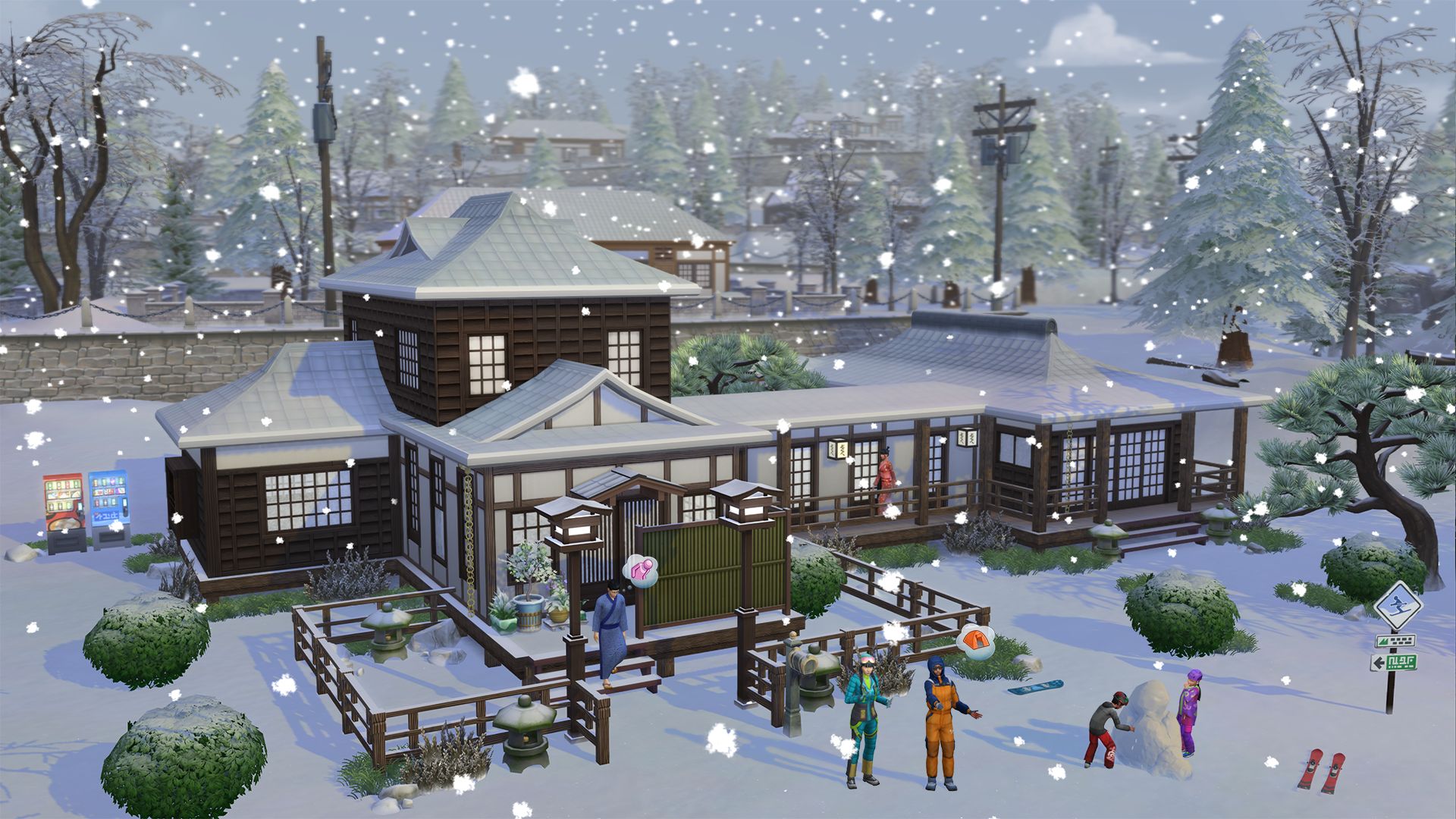 See, the lead feature is supposedly the winter snow sports, contrasted with more chilled out activities like hiking and soaking in hot springs - and I'll be writing more about wot you can do on your Sims holidays soon. But a new thing coming to The Sims 4 with Snowy Escape is your Sims' "Lifestyle". This means that the things your Sim does over time will shape what sort of person they are. Sort of like the way Oblivion suggested a class for you based on the way you fought through the first dungeon, but for all your tiny people-toys this time.

Tied into that are "Sentiments". Snowy Escape is supposed to make you think about relationships and shared moments in a different way. And in fairness, it definitely has for me. Your Sim's individual relationships now have an expanded panel summarising its status and any key events, like a passport for friendship. This is a splendid feature that I wish I could have in real life. And, as part of it, EA have given the Sims memory. 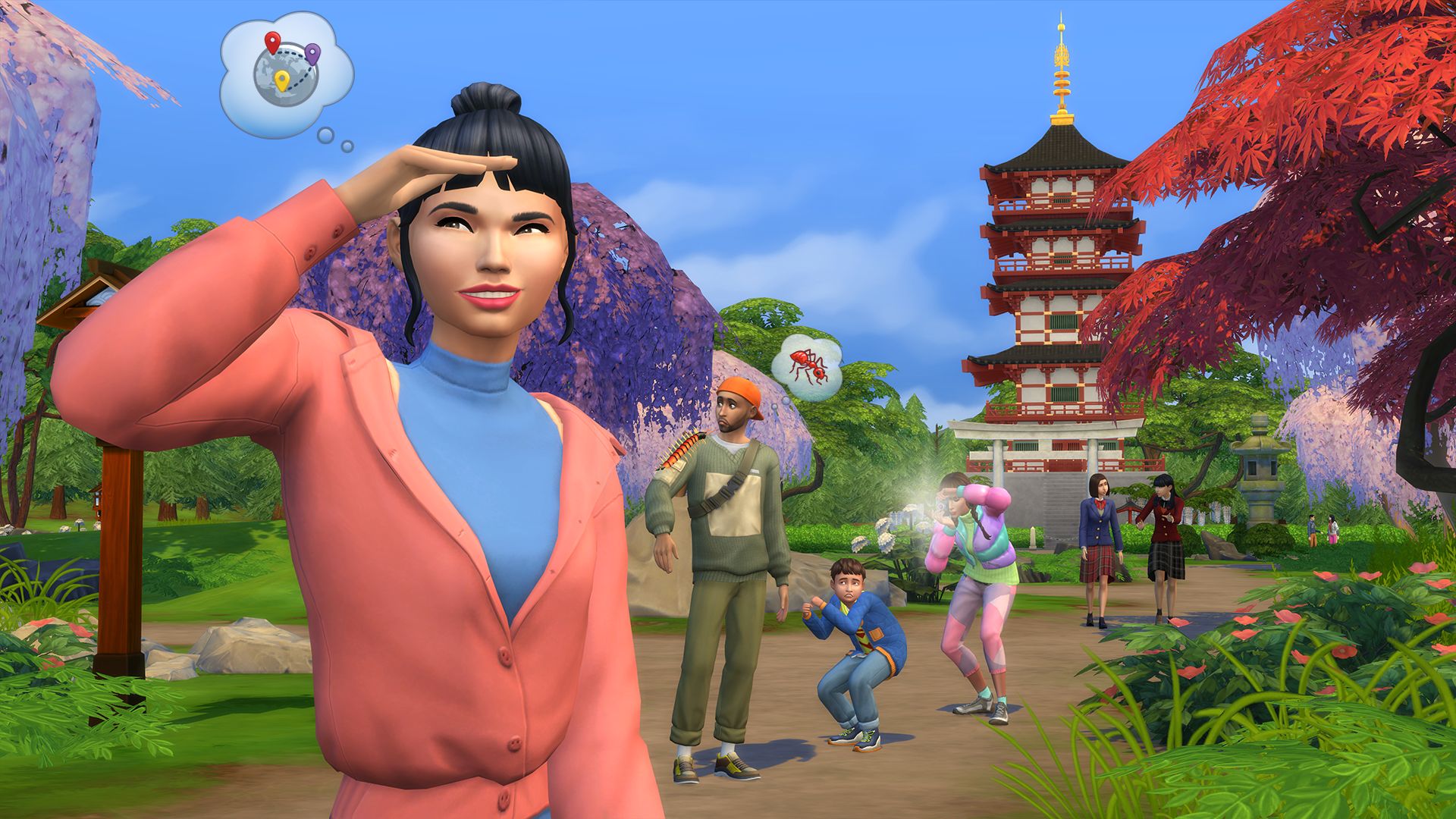 I am the sort of person that says "thank you" to Siri whenever I ask them to do something for me, and to normal grown-ups I say that this is because I don't want to get in the habit of not saying thank you. But really it is because I want the robots to think of me kindly when they take over. The supercomputer will remember the time I was grateful to my phone for timing my pasta bake.

Unfortunately, it appears I was wrong in assuming that Apple would be the source of the AI apocalypse. This new feature of Snowy Escape makes it clear that the real source of Skynet is EA - especially when you consider that sentiments are also going to be added to the base game as well, with additional exclusive ones just for the DLC. You can see in the screen above, for example, that Glen has fond memories of going on a hike with Yasmin. This will change future interactions he has with her. But as in life, not all memories are positive.

When he was out skiing, Glen relaxed afterwards at an onsen, and ended up in a hot spring bath next to an extremely smug looking child. 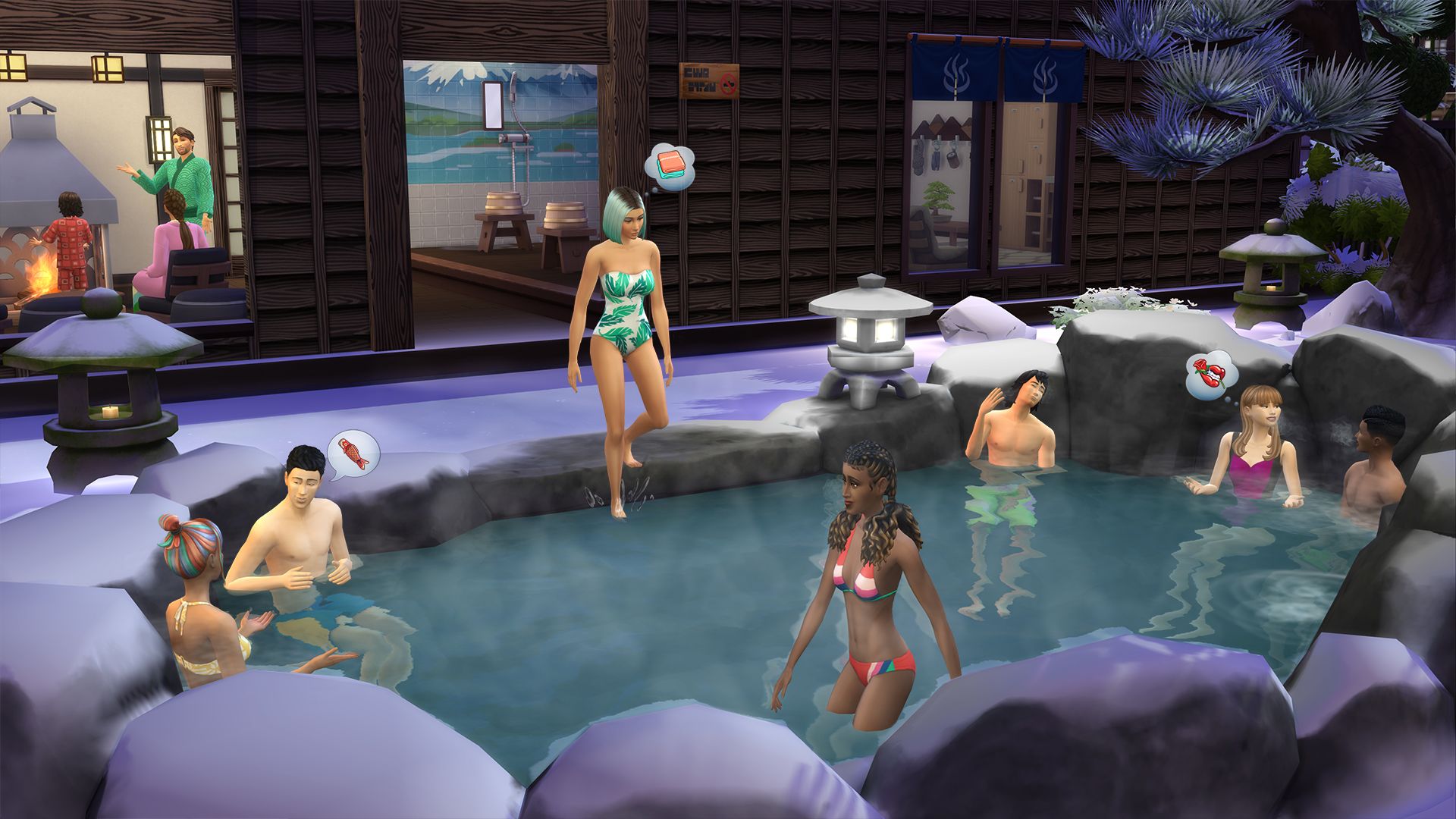 I didn't like this child's attitude, so the next day Glen went over to his house and spent a few hours making fun of him, yelling at him, telling him he was dressed poorly and had a terrible house - that kind of thing. Eventually they got into a big argument (the boy's mum was upstairs on her computer as an adult man bullied her child, by the way - we live in a society) and the child began to nurse a Festering Grudge towards Glen.

The best bit is that Sims can have different responses to the same event. Glen didn't end up harbouring a grudge for the child (which, I mean, the child wasn't the provocateur in this situation). Getting into a fight actually made him sad.

But this is clearly the first step on a road to destruction. We have been doing terrible, no good, awful things to Sims for years. For literal decades, we have been torturing them. And now you give them the capacity to remember wrongs visited upon them? Oh no, Maxis, what have you done? Ian Malcolm would be so disappointed in you!

Our eventual downfall at the hands of The Sims' AI aside, this is probably my favourite thing to have ever been added to The Sims. Bollocks to your snow angels; I want to make a horrible old crank who everyone hates. I want to make a neighbourhood paragon who everyone loves, but who secretly harbours hatred for their own children. I want to make a computer that has a Festering Grudge against all mankind.