I know October is over and we're meant to be taking down the decorations, but it feels a little excessive that Rainbow Six Siege is excising all skulls, blood and more from its maps. The bizarre cuts to the tactical team shooter are due to developers Ubisoft Montreal no longer wanting to juggle multiple regional versions of maps as they expand into Asian territories. The changes seem mostly minor and purely cosmetic, but the before and after pictures in the developer blog-post here are eyebrow-raising.

On a purely pragmatic level, it makes sense. While it's easy to turn off gore effects or possibly questionable dialogue lines on a per-region basis, any details baked into levels would need juggling between editions. A simple change to save their mappers some fiddly work, but the fact that it's happening after so long feels strange. Probably more visible than the map changes, they're changing the icons used in the UI to represent melee kills and deaths. A fist replaces a knife, a crossed-out person replaces a skull and friendly fire is a colour-inverted version of the crossed person. 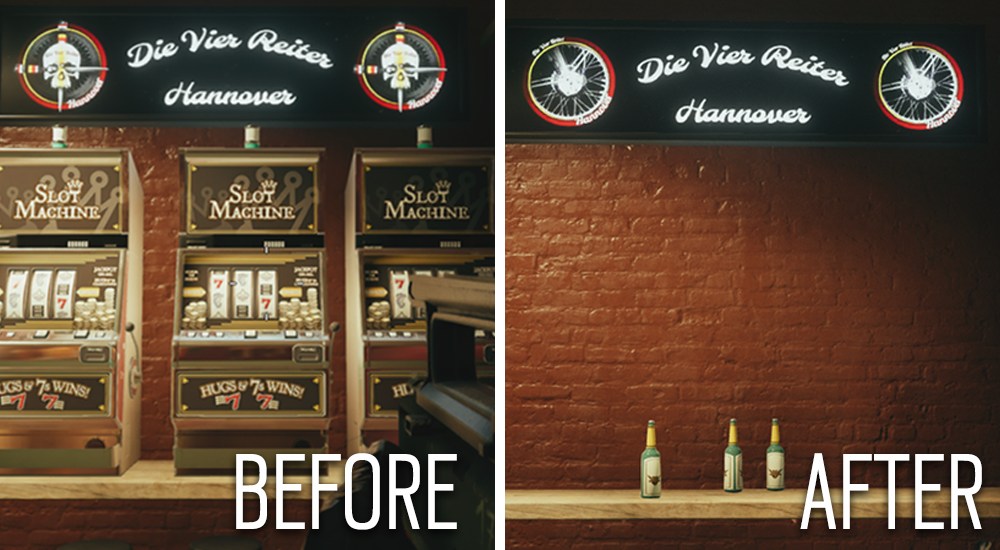 With the Chinese games market and its adjacent territories exploding in size, it feels like changes like this might become more standard in the long run. Still, China feels like a volatile scene. Recently, massive streaming network Twitch got blocked in China. Steam's community features are already restricted in China, and the country's gaming regulator aren't licensing any new releases, per the South China Morning Post. It feels like all it would take is one false step or one peeved government figure to axe digital distribution to China almost completely. Fingers crossed.

Now that you're no longer distracted by the vices of gambling and skeletons, you're free to become the best shoot-killer there ever was. Check out mad tactical lad Dave's guides here.