It might be Doom's birthday today, but its enthusiastic young cousin Dusk is invited to the party, bunny-hopping out of early access today. They grow up so fast, and David Szymanski's shooter has grown another two episodes in size since its debut in August last year, introducing new monsters and places to kill them in, plus a remarkably fun (if twitchy) deathmatch mode. The game has technically been complete in early access for a few days now. I got to play the final few levels over the weekend and loved them to bits. A launch trailer and my quick thoughts on the full game are below.

Dusk is its own game, with its own distinct feel, but it can't be denied that it looks a lot like someone put Quake, Doom and Blood in a blender and set it to 'chunky salsa'. The game opens with you pulling yourself off some meathooks to fillet a trio of chainsaw-wielding lunatics with a pair of sickles. Moments later you're dual-wielding pump shotguns, fighting fireball-tossing klansman lookalikes and demonic goats. Dusk is a fast, twitchy game that gets up to speed quickly and stays there almost the entire way. The guns are fun to shoot, the levels are packed with secrets and the monsters get weird.

While I wasn't entirely sold on Dusk based on its initial first episode and its mostly rural environments, I did like the feeling of the movement and combat. The second and third episodes are where the game hits its stride, though. The second one begins in military and industrial complexes, before switching up to Silent Hill-esque metallic otherworlds. The third episode opens with a few delves into Quake-inspired eldritch temples and catacombs before going hog wild for a fantastic, unpredictable final few stages, introducing one level wholly dedicated to a (literally) dizzying twist.

If I had to grumble about anything in Dusk, it would be that I'm still not entirely sold on the ultra-chunky aesthetic. Enemy models and environments are imaginative, but a little rougher than even the original Quake. Still, it means that mappers can go nuts with monster-spam once the planned level editor (named Dawn) is released. I was also a little disappointed that the higher difficulty settings just make you die faster, instead of mixing up any placements and spawns, but that's just a personal bugbear. Still, can't complain about the soundtrack - it's dynamic, chuggy guitar aggression all the way. 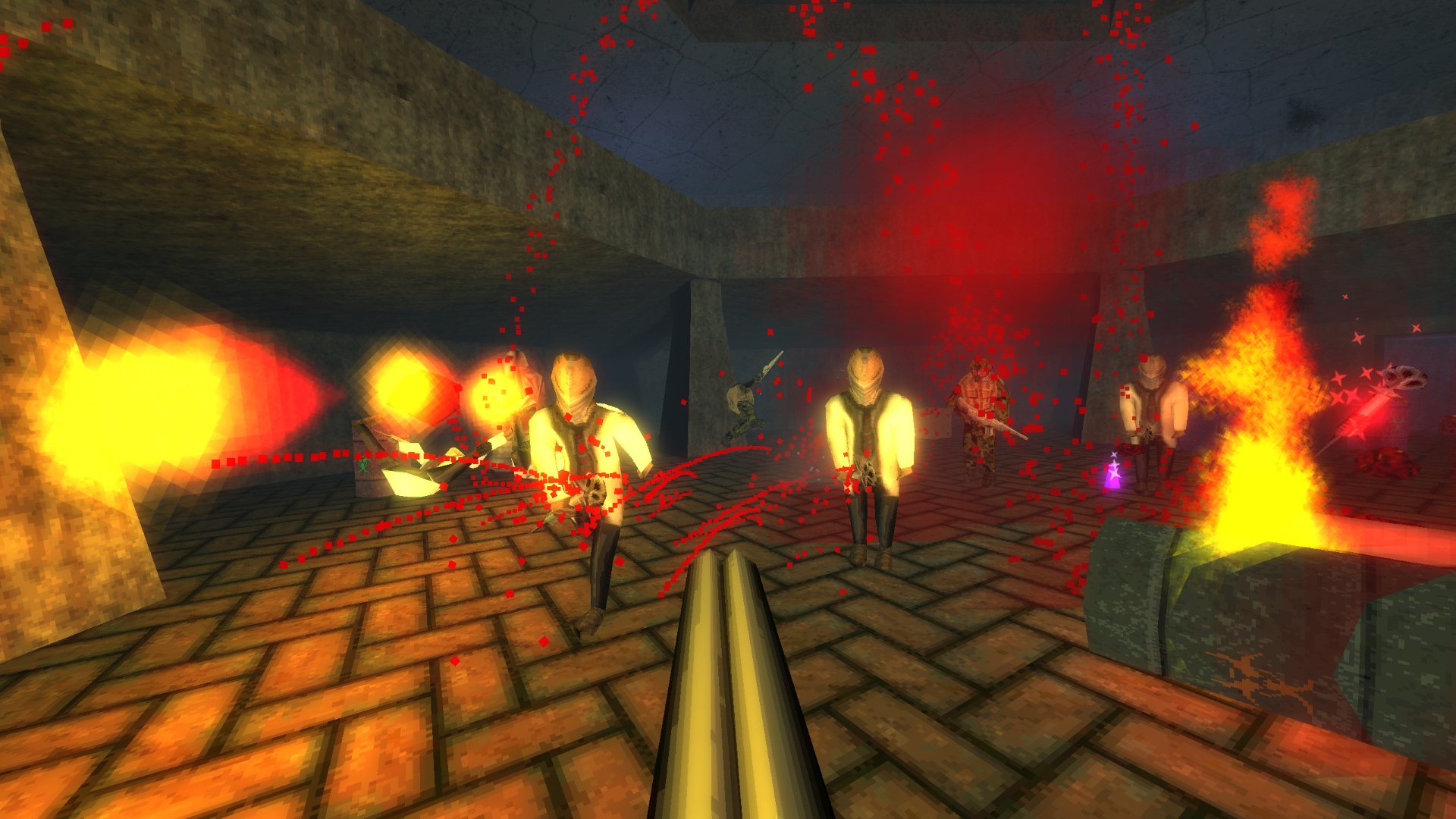 I only grumble because I love me some old-school FPS'in, and Dusk nails it ninety-five percent of the time. I just wish there was more of it. It's not a huge game, and its levels can be bounded through with surprising speed. They're built to be replayed, explored for secrets and even speedrun though, with a few levels having intentional sequence-breaks. Who needs a key when you can bunny-hop off a rooftop and go sailing past a locked, gated wall? I'm eager to see what people can do with the editor once it's out, but for now I reckon this is one of the best 90s-style shooters since Overload brought back Descent.