While there's some debate on whether Risk Of Rain 2 is an improvement over its two-dimensional predecessor, the co-op roguelike shooter is an undeniably popular game, even in early access. Today, developers Hopoo revealed their update plans, leading up to the release of version 1.0. Five big patches, one in June and four more spread over the rest of the year, leading up to a final launch in spring 2020. New characters, stages, bosses and items are planned, plus overhauls to the skills and artefacts systems. Not that anything will ever top MUL-T. No disassemble!

Hopoo have said that they're saving the best for last with these updates, with the final stage and boss due for release either shortly before or alongside the version 1.0 launch. I've got my fingers crossed for something as dramatic as the crashed ship in the first game. The first big update is due this June, adding another survivor, stage, boss and pile of new items to min-max your character with. The next update will happen later in the summer, and offers the same, plus the "skills 2.0 rework". The autumn update will also add new Hidden Realms for secret-hunting players. 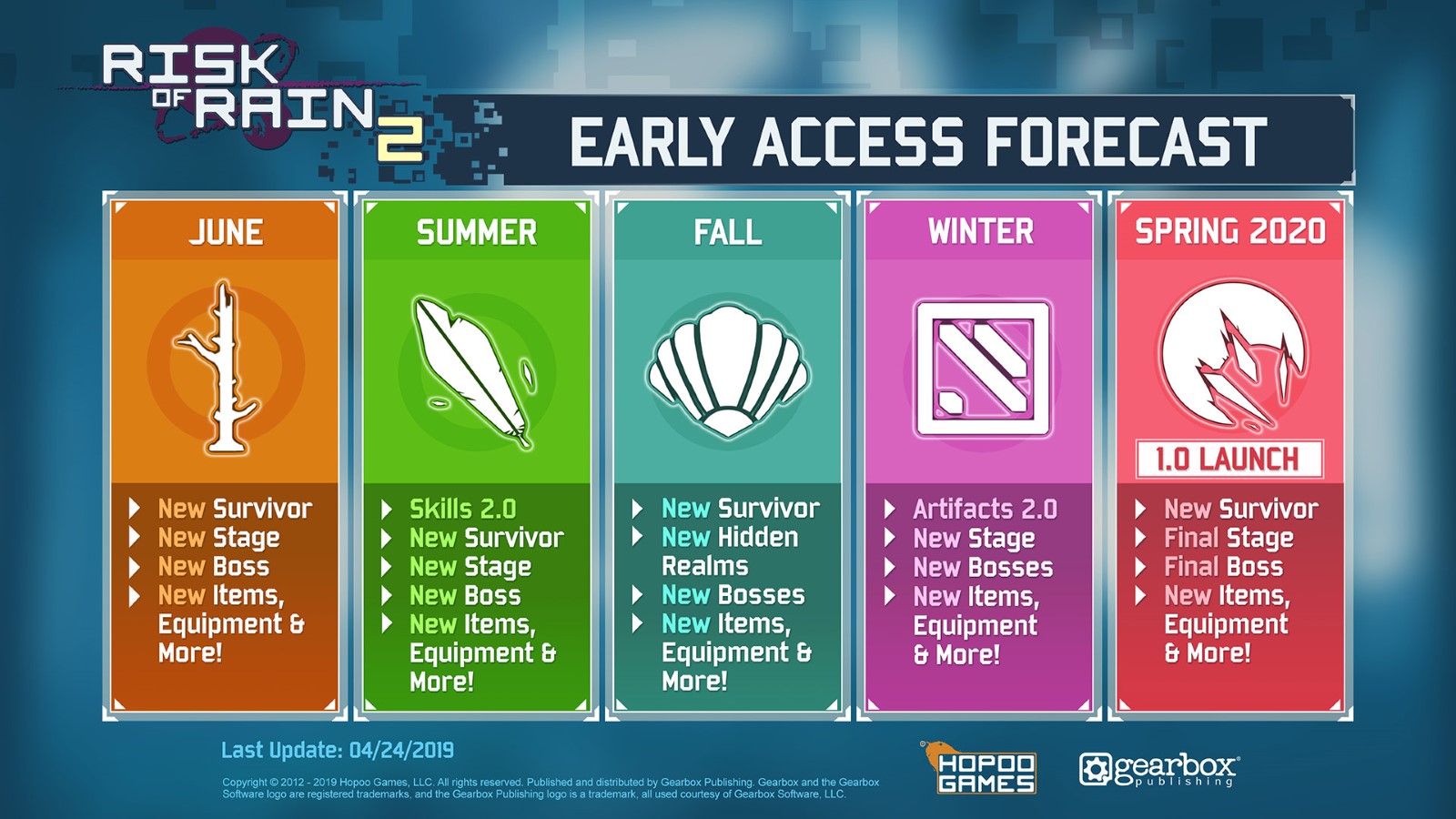 The final two major updates are an "Artifacts 2.0" rework coming in Winter, followed by the final set of goodies in Spring 2020. Between these major content updates, they'll of course be patching bugs and fine-tuning balance, and the developers have given some hints on their focus for the next few weeks. They've got some stuttering and crashing to patch, a lot of minor balance tweaks, and it sounds like the Gilded Coast hidden area is due for a rework, as they mention it's "unclear and unrewarding to most players". You can see their plans and thoughts on the state of the game here.

While compelling stuff (and just chill enough to be great chatting-with-pals material), I'm curious how many players will be sated with the current selection of bosses and characters until June's initial drizzle of new content. Still, there's a surprising number of secrets to uncover - check out Ollie Toms's Risk Of Rain 2 guides for info on where to find all the fancy stuff.