Pack your brolly away, it's clear skies for a few months yet. Risk Of Rain 2 developers Hopoo game released a revised forecast for their swarming early access roguelite this week, pushing the game's 1.0 release back to August this year. After all that time in early access, the devs reckon they'd picked up a little tunnel vision, and are re-thinking their release plans to bring some new and improved features to the colourful bug-hunt at launch.

Bursting into early access last March, Risk Of Rain 2 pulled the first Risk Of Rain's massive battles and outlandish item builds into the third dimension. It's proper great fun, even if Matt reckoned it wasn't quite as good as he'd have liked.

Since then, Hopoo have been at work adding grappling hooks, lizard-dogs and overgrown robots. But while the team were preparing for a spring launch, this week Hopoo revealed a revised early access roadmap. Risk Of Rain 2's full launch is now forecast to come no earlier than August.

"What we wanted to make sure was that RoR2 1.0 was truly a complete game experience, and that means not only completing and fleshing out content, but improving and iterating on old features and content that’s been left behind. In order to meet goals of what a 1.0 version of RoR2 can be, we want to let everyone know we will be releasing 1.0 in August 2020."

Notably, this delay apparently wasn't made for any Covid-19 related reason. Hopoo believe they've been "incredibly lucky in that our business was mostly unaffected" by the pandemic. Instead, there's been a change in expectations for what a 1.0 Risk Of Rain 2 launch even looks like. Earlier this month, Hopoo tweeted asking for any "blind spots" they may have missed in early access - and the response seems to have added a number of suggestions being added to the development queue. 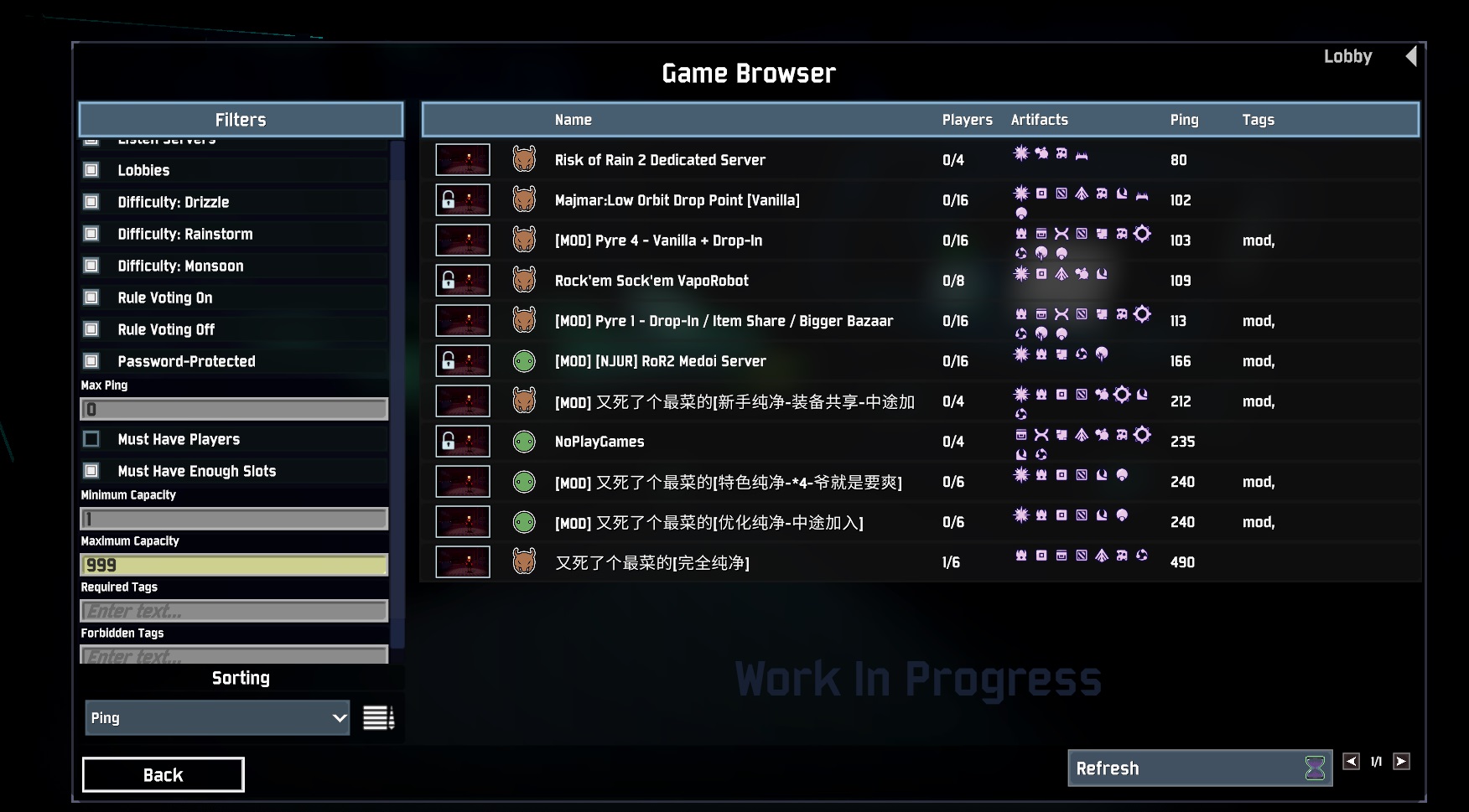 For starters, Hopoo want to solve frustrations with the current Quickplay system by implementing a brand new server browser. Besides making it easier to find a game with ideal settings, the hope is also that this should help breathe more life into community-run dedicated servers.

"Quickplay served an important function at launch," said Hopoo, "especially because we didn’t know how popular the game may become - but the QP featureset is barebones. We think a built-in Server Browser (and hosting) will still allow you to connect and find other players easily while providing a lot of the features and choices you want."

That browser will arrive on release alongside a bunch of "expanded features" and quality-of-life improvements. Risk Of Rain 2's 1.0 release will also add a final stage with a climactic boss, plus a new character, items and equipment when it arrives on Steam this August.