If you click on a link and make a purchase we may receive a small commission. Read our editorial policy.
Risk Of Rain 2 review
This shooty roguelike is delightfully weird, but its best characters are locked behind hours of gruel

I was ready to give up on Risk Of Rain 2. On the face of it that doesn't make much sense, because it's a 3D followup to an excellent platforming roguelike where possibility spills from cascading item combos. It's like if The Binding Of Isaac was a third-person shooter set on an alien planet where dinosaurs, ghosts and automatons team up to kill you. I wanted to like it, but a too-long crawl towards new characters and a tendency for levels to flip from 'chill murder pottering' to 'instant death' put me off.

These are still very big problems with the full version. But then I unlocked the robot with a grappling hook.

Every level in Risk Of Rain 2 sets you off in search of a teleporter that summons a big boss that needs whacking before you can progress. Think colossal beetles, humongous jellyfish, and towering red-eyed golems. You'll be touring ancient ruins, spooky swamps and icy outposts, blasting coins out of bads so you can nab items from chests - all while becoming increasingly anxious about the escalating difficulty. It's a balancing act: you need items to keep up with the hordes, but those hordes can quickly get out of hand if you spend too long rummaging through a level. You're not supposed to feel comfortable, and it's honestly quite a clever dynamic. That doesn't mean I like it.

It's a big part of why I don't get on with most of the non-grappling hook characters. Being land-bound makes me feel itchy, leaving me with no choice but to trudge around semi-randomised maps that are all too happy to tuck that teleporter into an obscure corner. I've been playing by myself rather than in a squad of up to four, so I've got loads of ground to cover, but that doesn't stop it being a frustrating dynamic - unless I'm swinging rather than trudging. 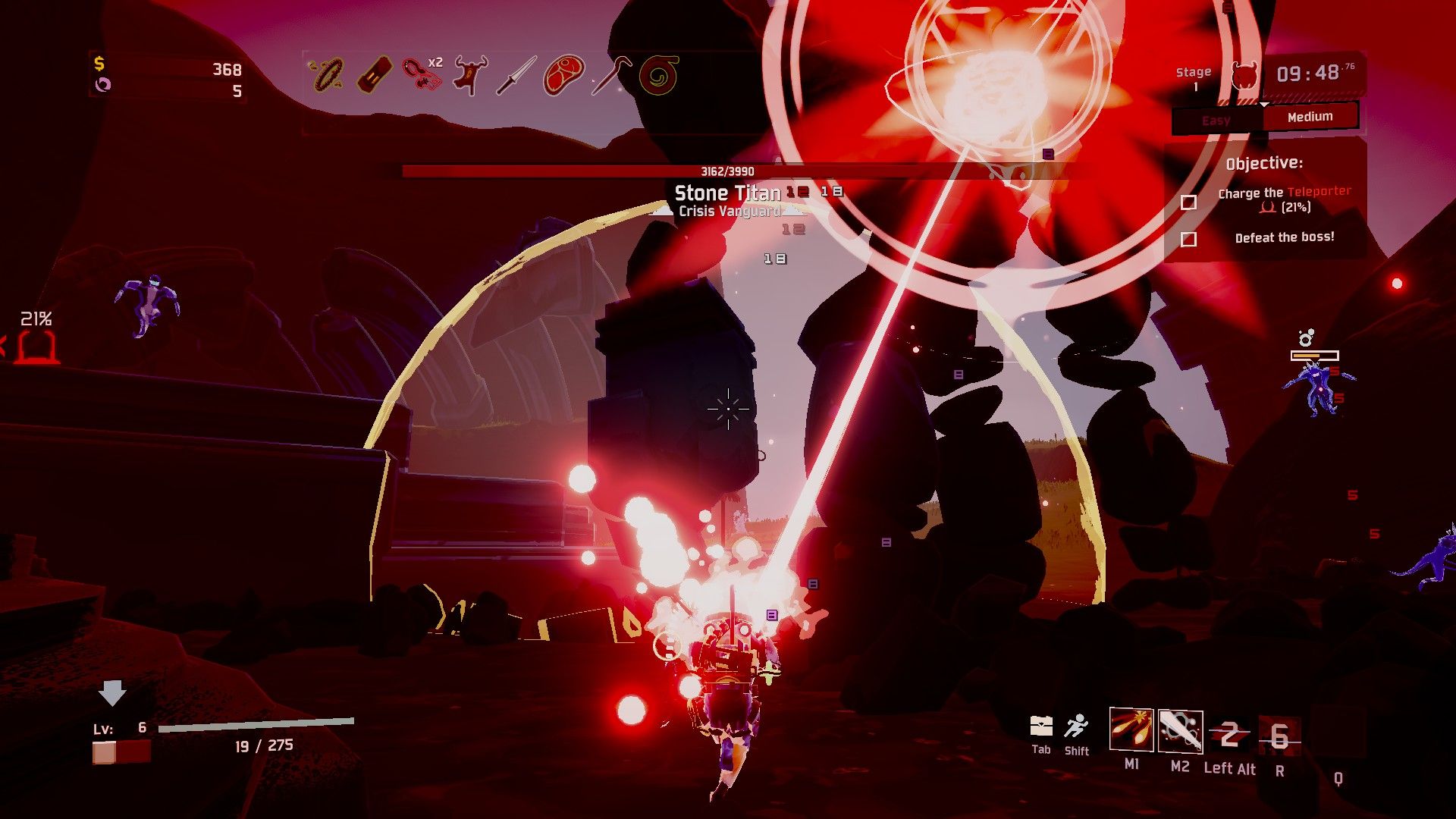 I've rarely felt a videogame shift beneath me like this. I'd played previous builds for around 7 hours, and only had three characters to show for it. Trudgers, the lot of them. But the grappling robot can spend a solid 50% of its time in the air, between the grapple itself and a charge-up punch attack. That transforms movement from chore to challenge, where combat revolves around whizzing into punching distance rather than rolling around and whittling at health bars.

I felt wildly powerful even before my items started piling up, but then on one run I found a 3D printer that let me recycle a few of them into multiple stacks of an item that added charges to the grapple. I barrelled through the next two levels, gleefully (albeit cheaply) latching onto bosses as I swirled around them, robo-fists a-swinging. That's a good example of how stumbling across the right item can drastically change a run - though that one then came crashing down when I picked up a special item that replaced my charge-up punch with a crappy ability that turned me into a mildly damaging black hole. It barely tickled the raptors on the next level, and I wound up abandoning in frustration. 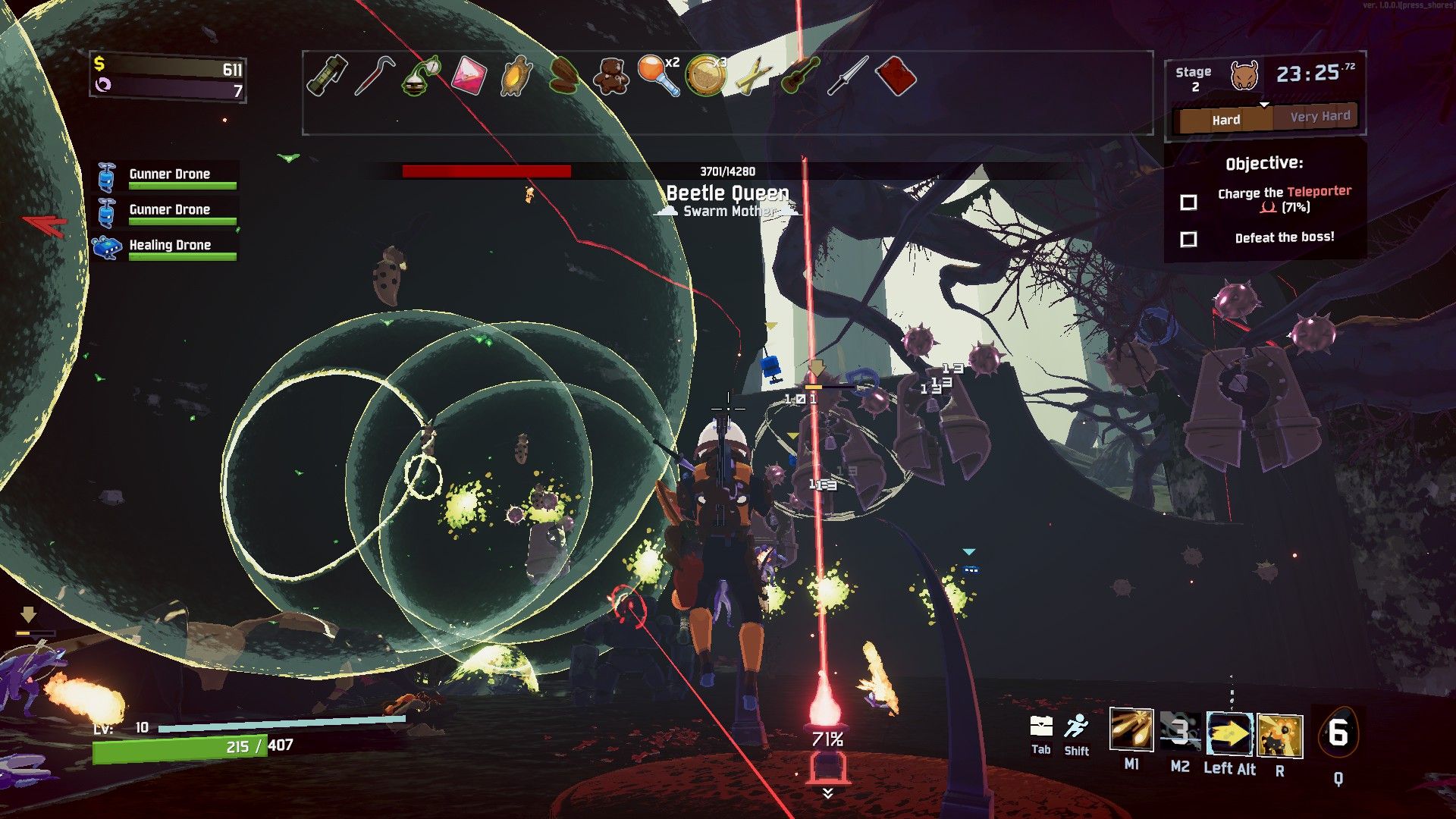 I do like that Risk Of Rain 2 lets you change up your character so much in the middle of a run. The above is a rare instance where the opaque nature of item pickups screwed me over (you can't see what they do before you grab them), and it's more of a niggle than a grudge. The frustrating part is that I only got my hands on the robot because my press review kit had cheekily given me access to it, and there's no way I would have persevered to that point with the weaker characters. Items do add variety, but the pattern of my runs still winds up the same. I spend nearly all my time easily batting away all the bads the Rain can throw at me, then summon a boss and find myself insta-zapped. Without mobility, I'm a goner.

If only I could have played as the robot from the start! To unlock it by normal means, you need to reach the fourth stage, and hope that the right level loads in. Then you need to hunt about for five eggs, then destroy an alien queen. That doesn't sound too bad, except in the latest build I found that the first few unlockable characters were too piddly to reliably get me past the first boss, let alone the four I'd need to beat before I could start properly enjoying myself. 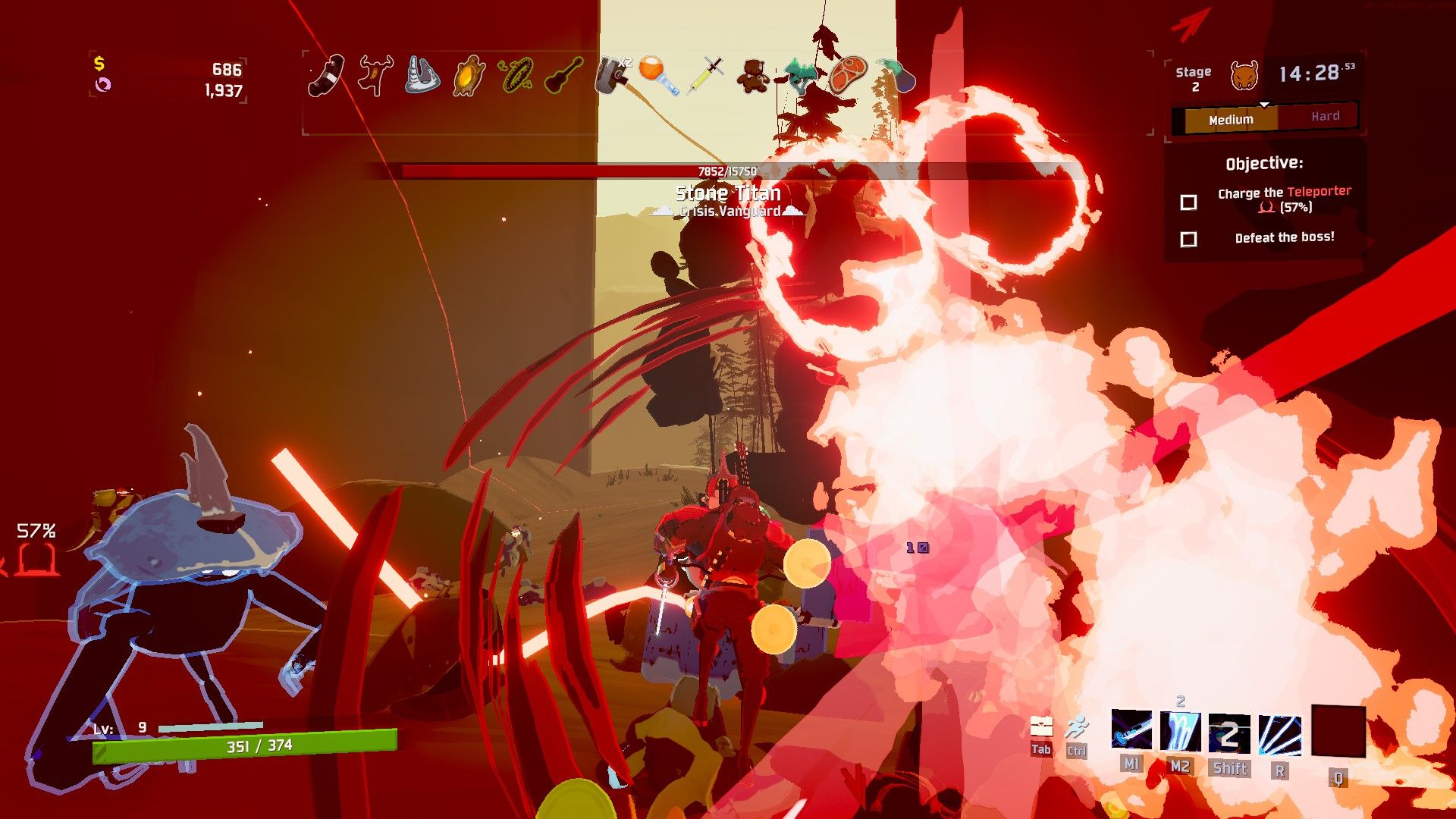 I understand the appeal of locking exciting and novel characters away behind hours of progress, but here it's far too arduous a process. If you're in for the long haul, and don't mind persevering past the stage where you've only got one bloke with a dodge roll and a pistol, then you're well catered for. Individual character abilities can be swapped in and out, once you've unlocked their variants, but reaching those often involves even more fuss than you'll need for the characters. Turning the difficulty down or getting a friend to help with those unlock challenges are solutions, but I still don't have the patience to call it anything but a misstep. 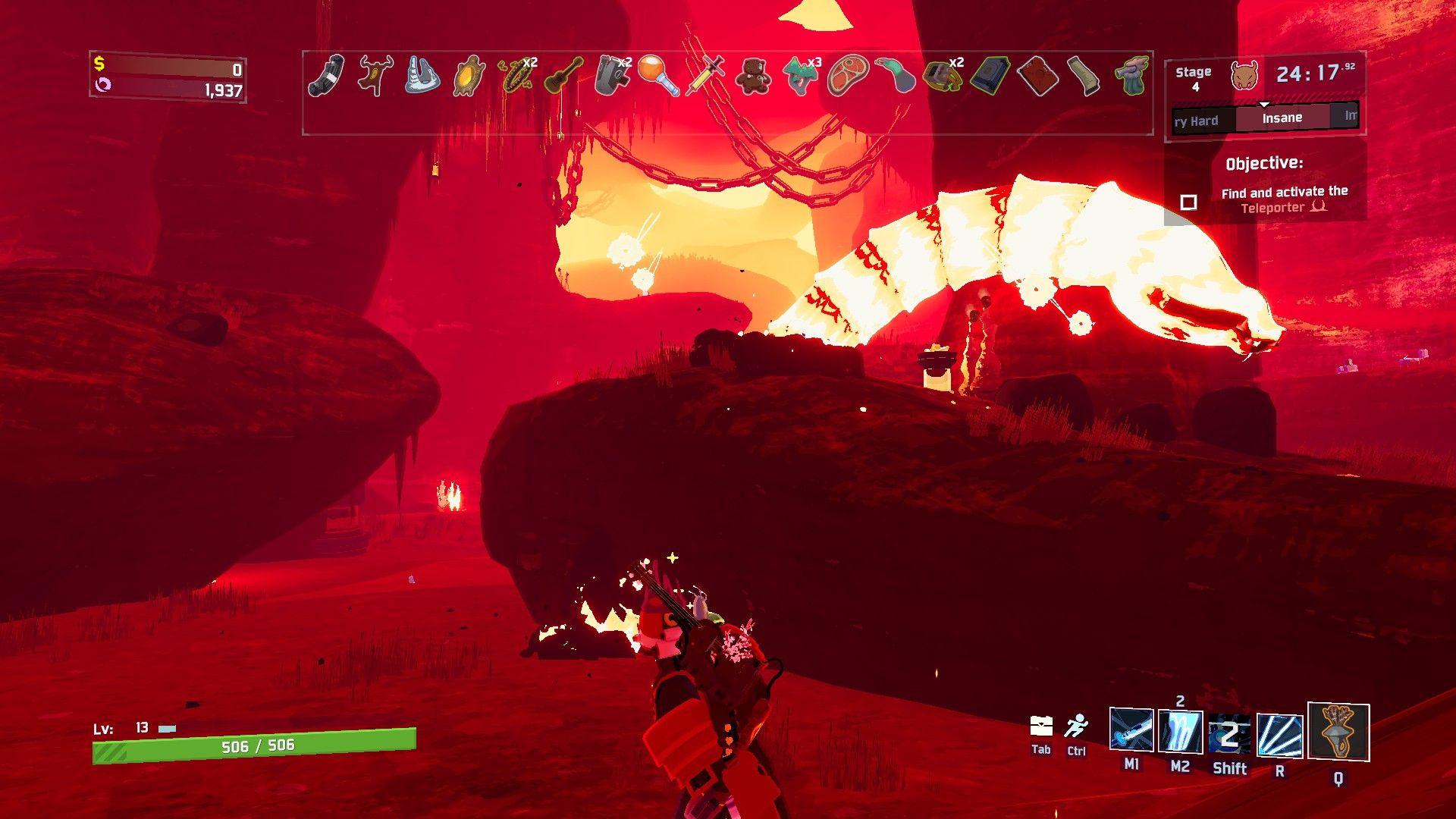 It's such a shame. Risk Of Rain 2 is delightfully weird, with an enviably eclectic menagerie of beasties. Runs that go well can branch off in wildly different directions, where items twist character abilities into novel new uses. But the sad truth is that I can't click with any of the early characters, and the path to unlocking the good ones is long and paved with too-quick deaths. Stick your neck out if you want to - I'm headed indoors.