With Rogue Legacy 2 possibly coming this summer, it seemed good timing to return to the 2013 original and explore what still makes it stand out from the crowd of rogues.

Gosh it's so infuriatingly tempting to begin every write-up about a roguelike/lite with some sort of family tree of the genre. The title has become so splendidly meaningless at this point, blurring the RPGness of Rogue with the platforming of Spelunky with the tactics of deck-builders, we may as well call each what it is. So Rogue Legacy is an action-platform game in which you start over an awful lot. I prefer to think of it as the evolution of Spelunky we'll clearly never see from Derek Yu. 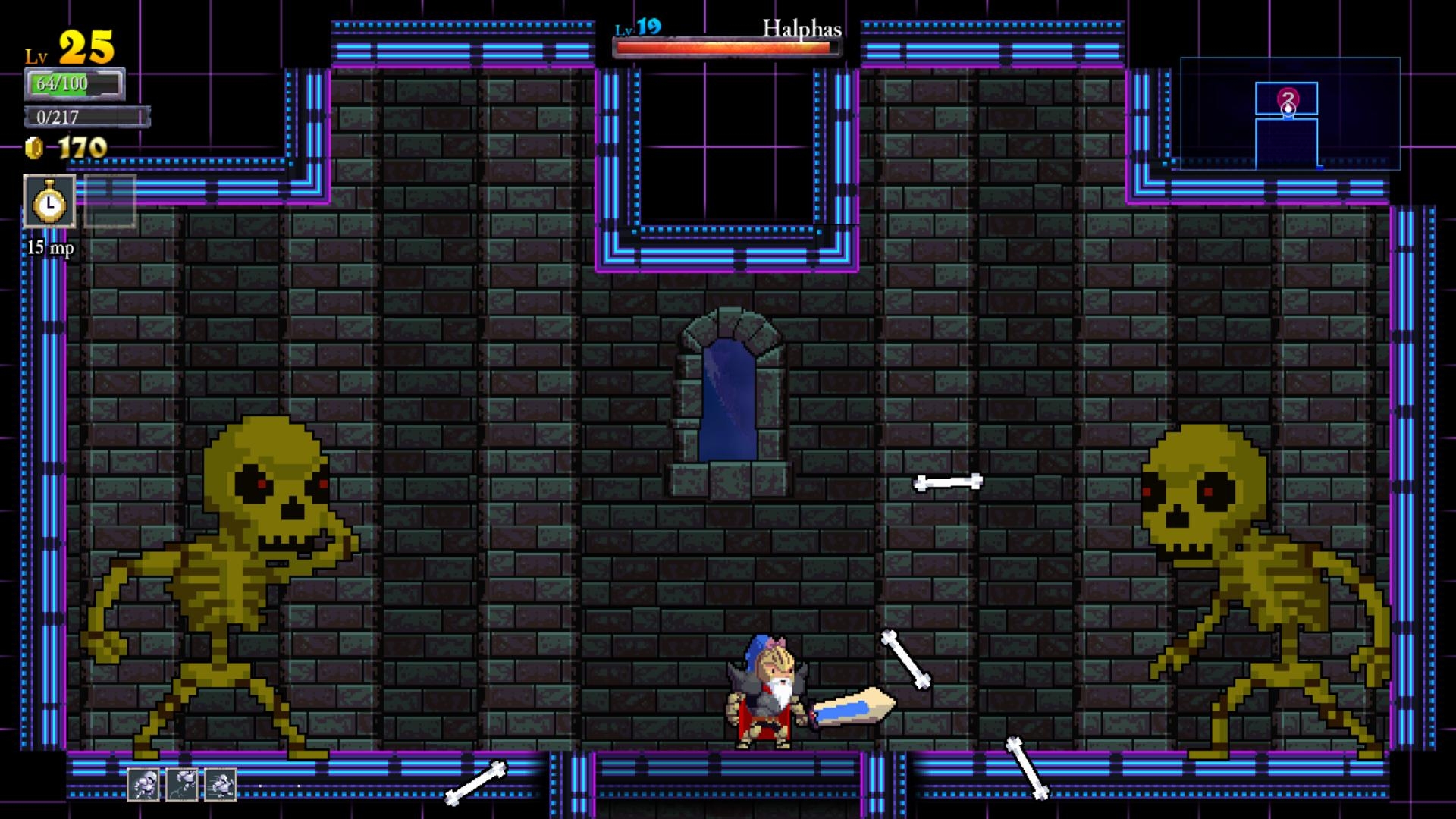 Rogue Legacy stakes itself in such an interesting position. It's tough-as-nails in many senses, a randomly generated platformer that's ludicrously difficult, guaranteed to kill you over and over. And yet it's as approachable as the wide-open arms of a teddy bear, constantly encouraging you to keep trying, keep playing, and most importantly, keep improving your chances. Because of course the key gimmick here was that with each death, you went on to play one of your own offspring. Three possible choices are rolled from an extensive and ever-growing collection of classes and traits, both letting you try to lean toward builds you prefer, while often forcing you to play as classes you might otherwise avoid from habit. So you might be Mage, Barbarian, Knave or Shinobi (or six others, or evolutions of them), but you might also have gigantism and be enormous, or dwarfism and be tiny. Or perhaps have ADHD and move faster, or suffer from hypergonadism and thus knock enemies back farther. Near and far-sightedness will affect the blurriness of various parts of the screen, while stereo blindness means the game's characters are rendered as 2D flipping sprites (which is all excellently silly, since the game's 2D anyway, and it just changes their animations). And so, so many more besides.

(I may as well put it in here that I felt, and still feel, super-uncomfortable about a bunch of these categories. ADHD, dyslexia, OCD, Alzheimer's, and so on, are all traits, and all feel in questionable taste as gags to include in the game. I mean, I get it, it's funny that the character is forgetful, or the game's text is jumbled up, or whichever, but I kind of wish it could have picked titles that aren't conditions that make people's lives really hard/awful.) 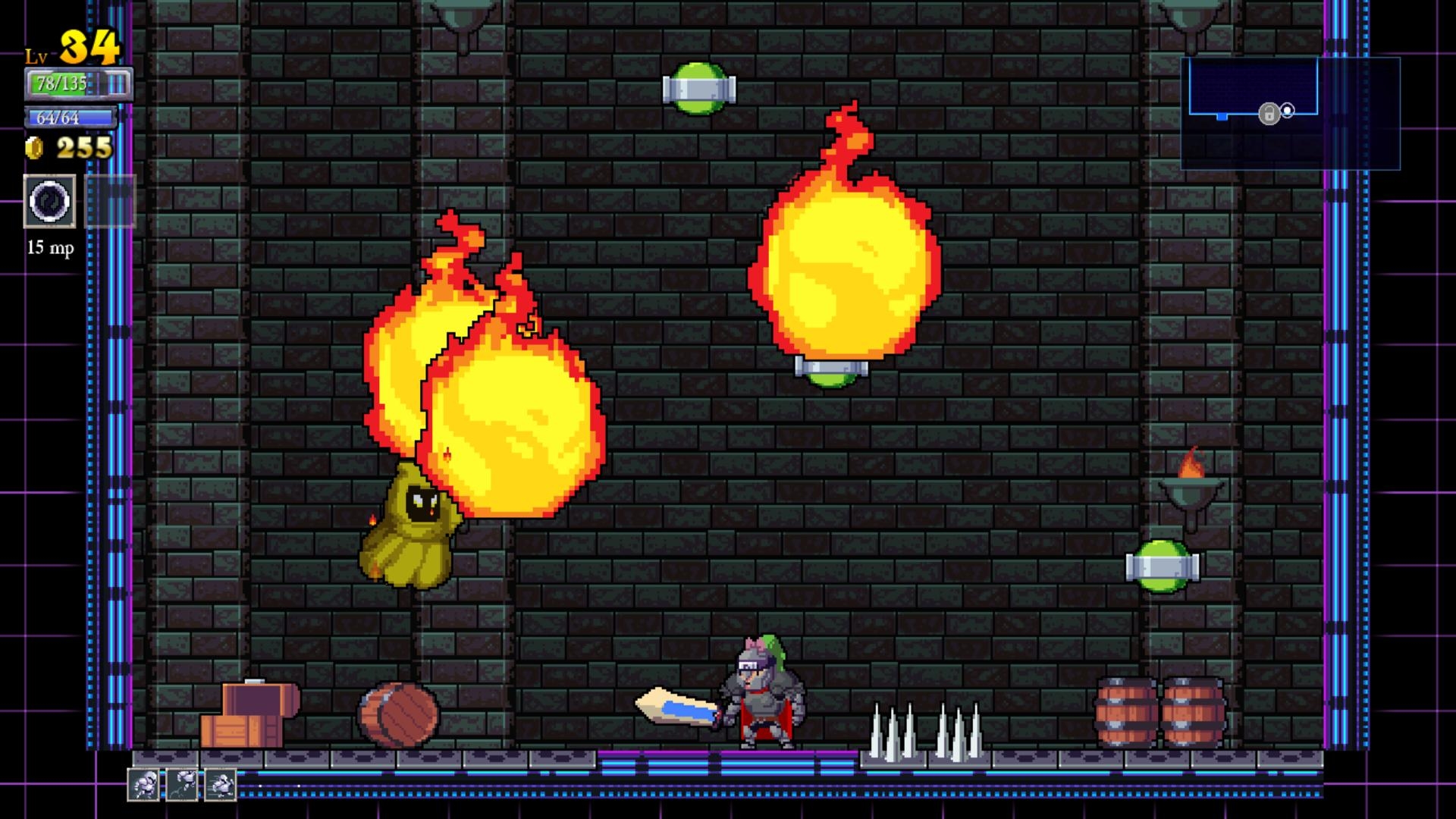 This mixture of always-killing-you difficulty, with endless enticements to keep going, is then made even more welcoming by its deliberate step away from the traditional rogue-rules, in that progression is a key part of play. On each run you gather gold, and can then spend this in either the ever-growing skill tree, or at a number of merchants who'll improve your armour, weapons, and runes that allow extra abilities. Which is to say, the more you play, the easier the game gets. At least, the easier it is to get further into the game until it gets madly hard again.

This is such a beautiful example of a carrot on a stick, always making me return to try again, knowing this time my swords hit that bit harder, or I have this much more health to start with, or I've unlocked this new class that moves much faster. I may well fail within thirteen seconds, but I'll keep going again, pondering paying the 40% tithe to have the castle remain the same as the last run to better explore it, or try again with a particular boss fight. And the more I fail, the more I feel like I'm progressing. Thank goodness this isn't a coin-op or I'd be living in a skip.

It was, thank goodness, a big hit. Reportedly it recouped its entire development budget in its first hour on sale, which is the kind of lovely news you read a lot less often seven years later. 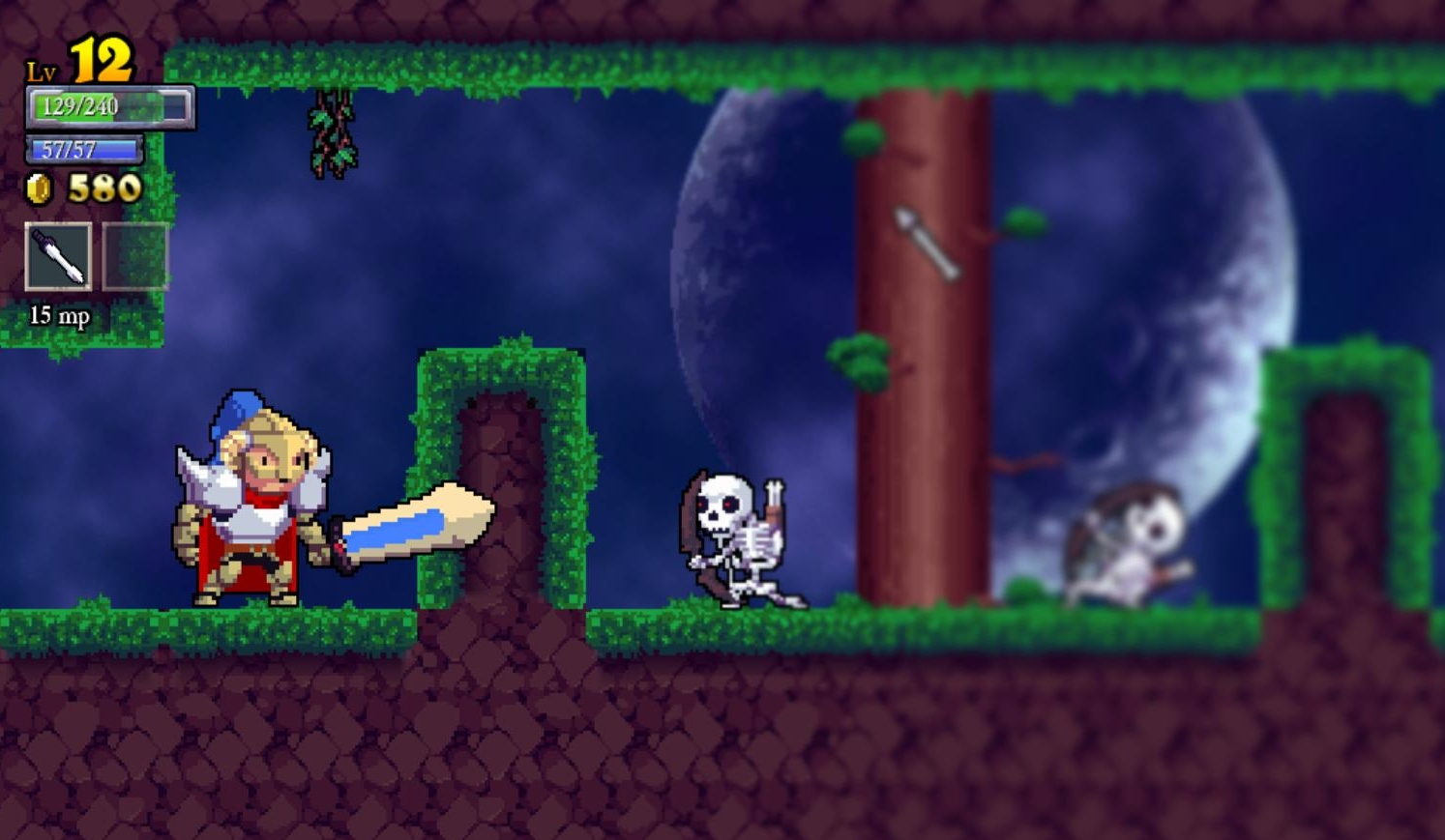 Seven years has done nothing to Rogue Legacy's charms. The super-chunky cartoon style is pretty age-proof, beyond its limited resolution. But more importantly, I just don't think anyone else has managed to deliver anything similar in a better way. Obviously Rogue Legacy was inspired by The Binding Of Isaac and Spelunky, along with a touch of Dark Souls (but no, come back, it's nothing like Dark Souls), but its determination to let progression feel in the forefront of the experience is something that, I think, is pretty pooh-poohed by the genre hardcore. When it's in a game, it's usually so reluctant, or so slight, that it feels much more like an extra layer of exclusion. Not so here. Here it's about letting the persistent player always get a little bit further in, feel a little bit more confident once they reach any of the three other environments (in which my average lifespan measures in the seconds, not minutes, but each visit feels like a thrilling dash to gather as much cash as I can).

I'm very much looking forward to seeing what Cellar Door do with Rogue Legacy 2 this year. I do hope it's not "lots more", and as such lose the original's incredibly approachable ways. The screenshots look AMAZING, and the store page suggests really positive things, not least: "In this game, the grind is optional. Play well and you can dive deeper into the depths of the ever-changing world. Or don't! Who cares!" That bodes very well! And yet it's a sequel, so it needs to add more, and I worry. Things look encouraging right now though. 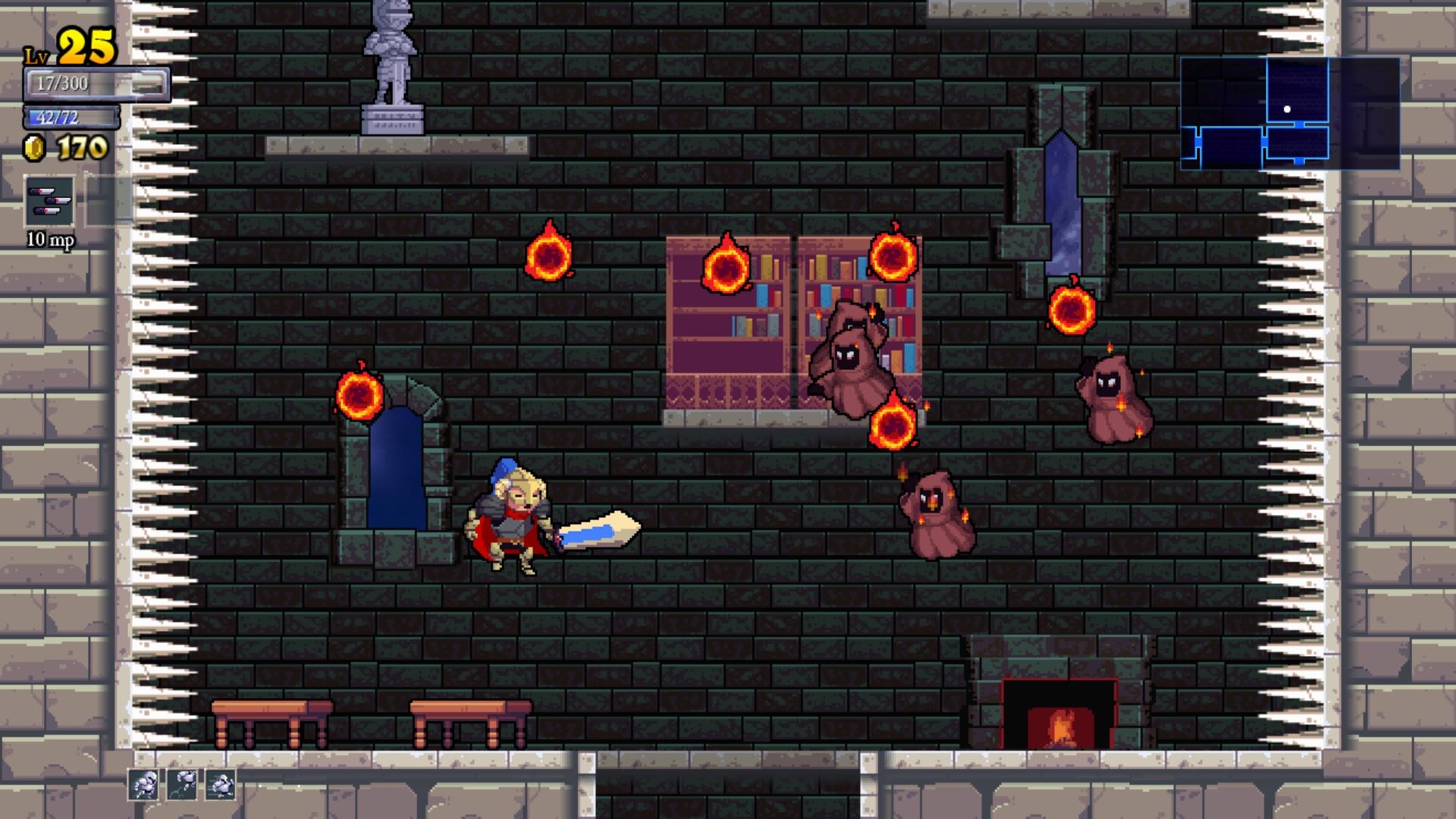 Can I still play Rogue Legacy?

You certainly can, and with no issues, no patches, nothing.

Should I still play Rogue Legacy?

Oh gosh yes. If you're put off by the whole rogue-something genre, but look wistfully at the fun everyone else is having, then Rogue Legacy is the one for you. It just doesn't matter if you don't get far - it's just as much fun to keep failing and progressing.