In Rust, everything comes from a single rock. From rifles to radiation suits, it’s all thanks to a naked caveman hitting things with a big stone. Today, if you were to examine a family tree of the survival genre, you’d see Subnautica and No Man's Sky sitting on the same level. Distant cousins who can’t stand to be in the same room as each other. Whether they like it or not, Rust is their common ancestor, their rock. Of course, you can trace Rust’s lineage back further into DayZ, Minecraft and eternity. I just wanted a flowery intro metaphor so you’d come and read an interview with its chief creator.

Today, Rust leaves early access. So we spoke to Garry Newman, head of Facepunch, about survival, Plunkbat and whether leaving early access even means anything anymore.

As compelling as it is to punch bears, there’s a feeling that the survival genre has ballooned. There have been terrible examples (Rokh, The Stomping Land) and plenty of mediocre ones (Osiris: New Dawn, No Man’s Sky). Does Newman feel partly responsible for this endless glut of tree-punchers?

“It's hard to say whether Rust caused it,” he tells me via email. “I know when we played DayZ the first time we thought to ourselves like, wow, this is great, but it's a piece of shit, and [we] could make something better really quickly. I'm sure people thought the same thing. And I'm sure when we released the first versions of Rust a lot of people went through that exact mindset." 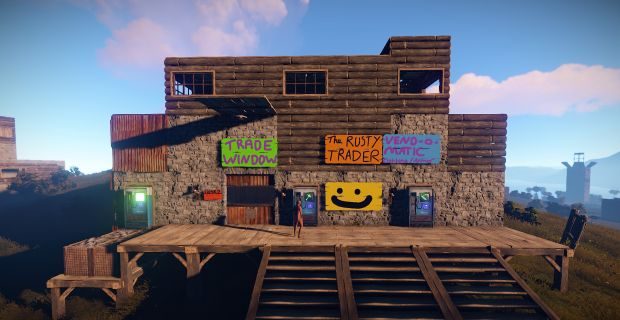 It probably isn’t as simple as Rust or DayZ seeding an idea. When Rust’s first version was released in 2013, the early access tsunami was already swelling. Other developers wanted in and survival seemed the way to go. But Rust is one of the first generation that rode that tidal wave from beginning to end. Does Newman have any tips for those developers considering early access today?

“Consider why you want to be in Early Access,” he says. “It's not all fun and games. It gives you responsibilities. You can't just stop the project half way through. Like Kickstarter, it's a dangerous situation that we've seen blow up in the faces of a lot of people. When you start a project in EA you've really got to be prepared to see it through, even if no-one gives a shit about what you're doing. Even if it turns out not to be financially viable.”

When the end comes, however, it can almost feel anti-climactic. The idea of “release day” is peculiar when you’ve already had players killing each other with bows and arrows for 5 years, especially when you're going to keep working on it after that day. Is it just like putting a new sticker on that says “done”? No, says Newman, it’s more like peeling an old sticker off.

“It's something we've been talking about for a long time. We don't feel that it's a release day, it's just time to take the Early Access label off. It's used as a crutch in the community, it prevents us being held fully to account with regards to some of the shittier stuff in the game. 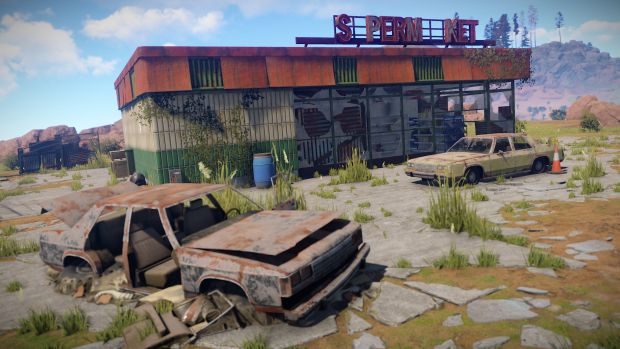 “A lot of the hesitation is the community reaction. A lot of them think leaving EA means we're done and walking away. That's not how we make games. Garry's Mod was released over 14 years ago and we still update it. It was never in Early Access, should it have been, would we have come out of EA by now?”

Rust is a rough place. As brutal today as it was on first appearance. Players are forced into conflict by their proximity to resources like metal and wood, but also by airdrops and the simple brutishness of human beings on the internet. But successful enclaves on a Rust server will be made of people who team up, friends or strangers who form a clan for protection (and to reduce the grindy metal collecting). 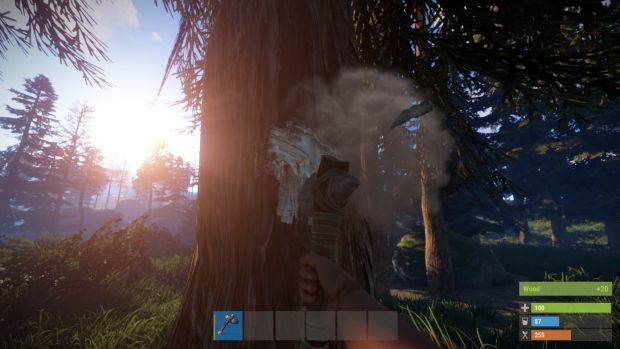 To compare it with today’s bestseller, Playerunknown’s Battlegrounds, it's more human, even if it doesn't seem that way. But in many ways they remain distant relatives. How does Newman feel about Battlegrounds? Does he play it, and does he think a giant deathmatch was the logical conclusion of the survival genre?

“Yeah we play PUBG a lot,” he says. “I don't know if I'd class it as a survival game. I think the only connection is that if you get rid of the eating and drinking from most survival games and scatter a bunch of weapons around you can easily convert it into a battle royale mode.

“It's something the later generations of survival games lazily fell into when they failed to get anywhere with their original clone. I still think PUBG does it best.” 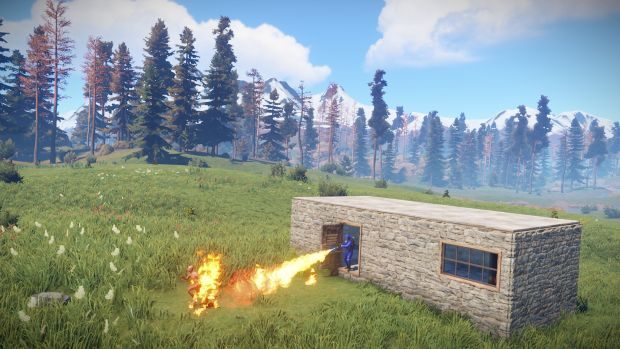 Battlegrounds is unlikely to take inspiration from Rust or other survive-em-ups. But I’d argue that Rust was a more interesting game. You weren’t necessarily enemies with everyone you met, as you are in the shrubbery and crumbling buildings of Plunkbat. You definitely won’t have encounters as odd as this in Miramar. In Battlegrounds you can also play dress-up, customising your character with trenchcoats, punk sunglasses and fingerless gloves. Two years ago, by contrast, the developers of Rust made it so that you wouldn’t get to choose your race or gender never mind the t-shirts they start with. At the time, Newman gave his reasoning: “You are who you are,” he said.

“Before we added different races and genders you played as a bald white guy – you never had a choice. So we’re not taking a choice away from the player, we’re just adding more variety to the player models.”

Today, he simply says: “Yeah, people have accepted it.”

When I ask about the future, however, Newman shows a little reticence. I ask what excites him about videogames today, if not the survival genre. But his answer doesn’t mention games at all. He seems weary. It could be the weariness of a long haul through early access, or weariness with a journalist’s questions. But it’s likely just the weariness of being a parent.

“I've had two kids since we started Rust,” he says, “and thinking about their future -- how I want them to spend their adulthood -- makes me think about my own adulthood. I just want an easy life.”