The newest Sea Of Thieves update docked yesterday, and though it hasn't got quite as much big new stuff as last month's, Lost Treasures is bringing a whole heap of mini-events to earn bonus loot for your pirates. More importantly, there are also tons of quality of life changes being introduced, the first of which are the long-awaited checkpoints for Tall Tales.

Before now, players had to complete the Tall Tale quests all within one session because there was no way to save your progress and come back to it later. But now Rare have put in checkpoints, so if you're midway through one and have to stop for whatever reason, you'll be able to propose a Tall Tale straight from your inventory in your next session at the chapter you left it at.

As for that loot-earning goodness, daily bounties are now available for pirates to earn themselves a little more coin. These range from completing skeleton forts, to simply getting drunk with your mates in the tavern.

On top of that, every Friday evening you'll now get increased rewards for handing in stronghold items, which can be found by completing forts. This takes place between 7pm and 7am BST, and I can't believe they've done this, but they're called Fort Nights.

If that's still not enough loot for you, between 6pm and 7pm BST every day is now a Gold Rush, where you'll be able to earn even more rewards for cashing in loot.

There are a couple of limited-time events, too. Between now and the 8th of June the Reaper's Bones faction will pay you more for any Reaper's Chests you bring them, and you can earn yourself a special emote from them as well.

There's also yet another Hunter's Haul event, and Merrick is yet again challenging players to whip out their fishing rods and bring him a silly amount of Ruby Splashtails - 300, to be exact. Last time he only wanted 180 of the damn things, and I couldn't even manage that! He's offering a better incentive this time though, because completing this will reward you with Ancient Coins, the game's premium currency which you can spend in the Pirate Emporium. 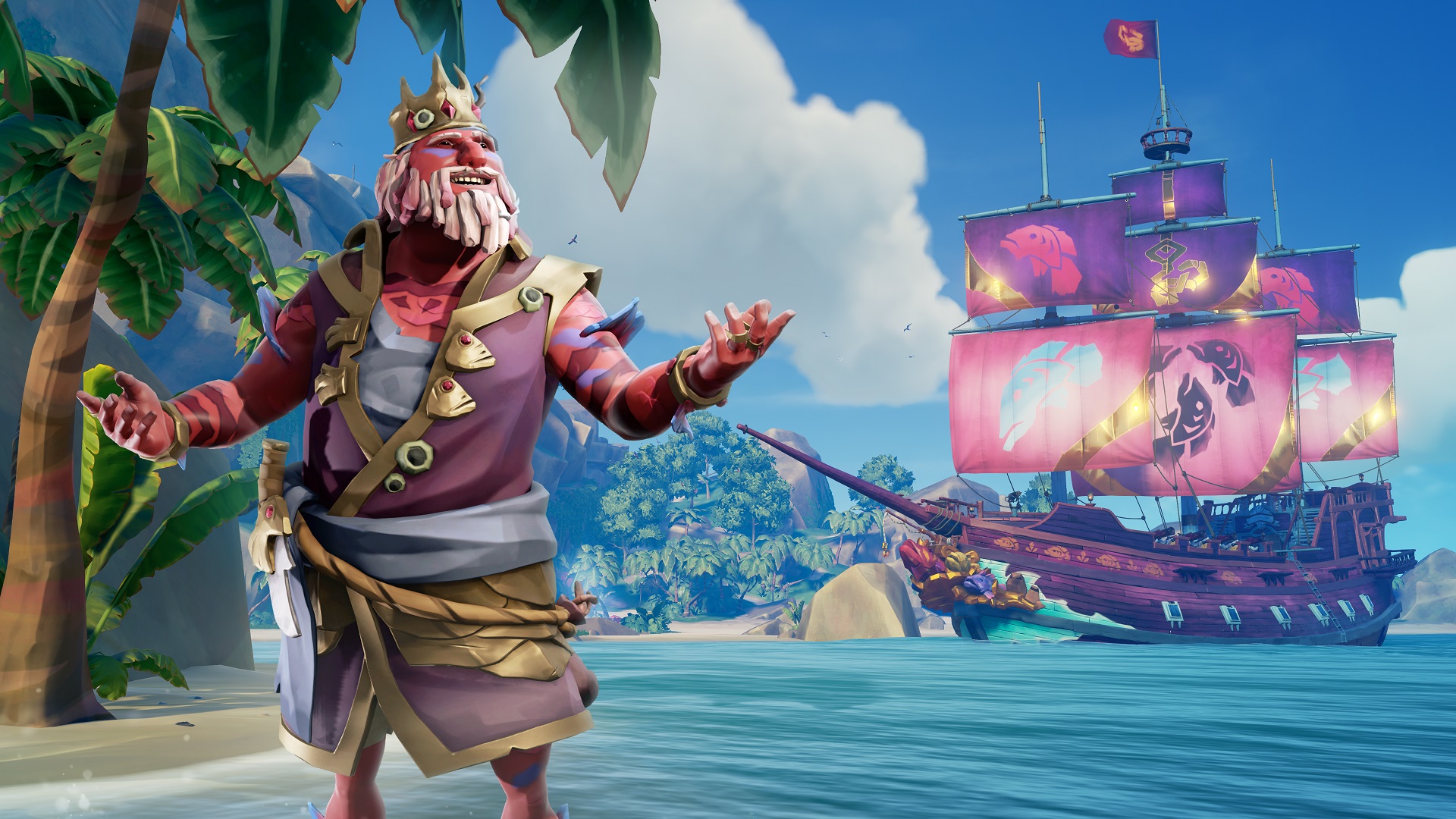 As always, there are a bunch of new cosmetics in the Pirate Emporium to splash out on. The standout items this time round are some incredibly gaudy Splashtail-themed clothing and ship sets. God, they're actually so bad I think it's making me want them more.

Regarding the rest of those quality of life changes, well, there are an awful lot of them. You'll want to take a look yourself in the Lost Treasures patch notes, but for a quick glimpse at the sort of stuff Rare have improved, have a gander at this excellent tweet:

I actually can't wait to not sit down sixty times by accident when I just wanna get some coconuts out of the rowboat chest.

Ah, new players will never know the struggles we've seen when Sea Of Thieves drops anchor on Steam next week. You newbies are in for a treat, but a quick word of warning - Sea Of Thieves has some of the deadliest sharks in video games.