I know I won't shut up about it, but Sea Of Thieves got cats for pets yesterday. And as if they weren't brilliant enough, pirates are now welcoming these furry friends aboard their ships to remind them of their real-life kitties. For some players, the four-legged crewmates are a sort of memorial, too, naming their in-game cats after pets that have passed on, so they can sail with them on the seas forever. The image above is of one these newly immortalised cats. It belongs to Twitter user "Nanobreak", and reminds them of a beloved pet from their childhood.

They aren't the only one, though. "My kitty that passed away a couple years ago has now been forever memorialized," says Reddit user "DoggoHarold". Now they get to sail off into the sunset together whenever they want. 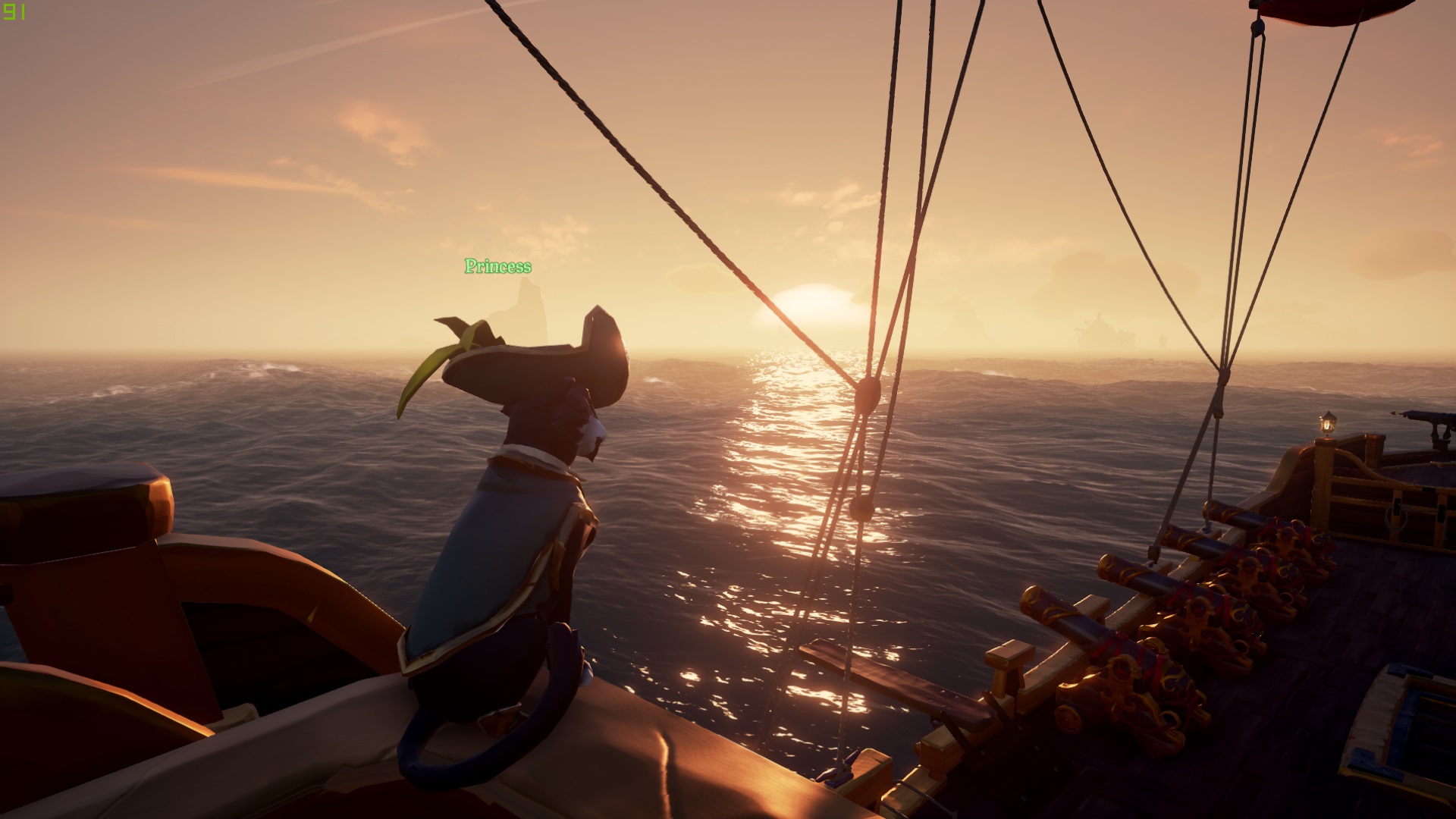 Have a click on the tweet below to see the full-size images of "QuaidViktor's" Captain Sansa. I'm a big fan of how the fur colour of the real-life cat looks like it's already wearing an eyepatch.

#SeaOfThieves #BeMorePirate
So here it is, Ships of Fortune. The update is fantastic, I love it. I get to have my best friend and my companion with me on the sea.
I miss you and love you Sansa ❤

But it's not just passed on pets that are finding a new home at sea. "Thanks for putting my cat (Ela!) in the game, Rare!" said Sea Of Thieves fan, "Angeling_", in the caption for probably my favourite cat comparison pic yet. 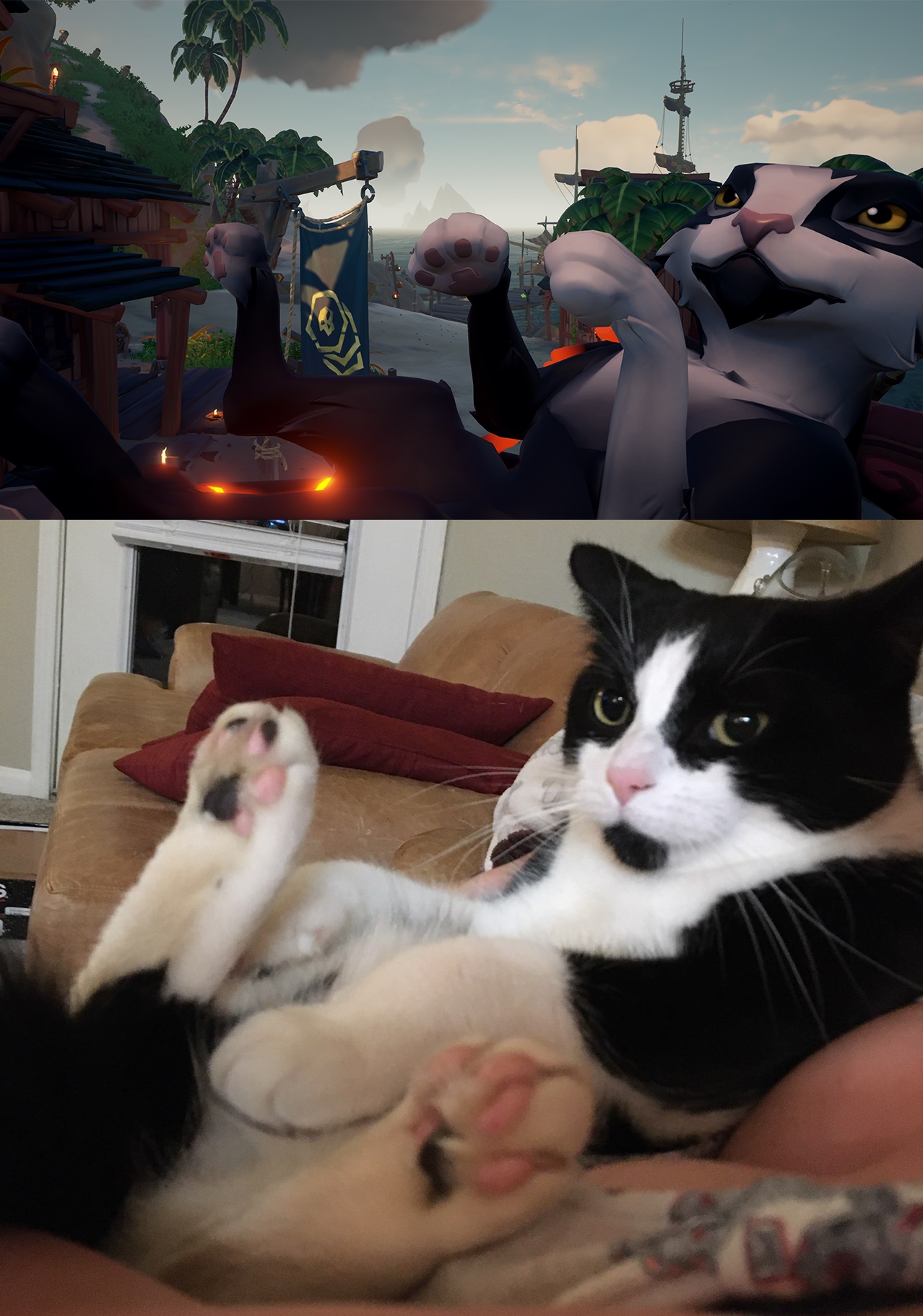 My cat Cortana (named after @jentaylortown character Cortana in @Halo) in IRL & my cat Cortana in @SeaOfThieves with the new update that dropped today🔥. Thank you @RareLtd 🙌🏼🎮😻 pic.twitter.com/3ytleL3HXy

And last but not least, here's "Lilpwnd's" seafaring feline, Tali. They might not have an image of the real-life cat to go alongside it, but they raise a very good point - when are we getting dogs, Rare?

Say hello to Tali ❤️
Called my pirate kitty like my IRL one! Classic me.
NOW I NEED DOGS! Plz @RareLtd 🙏 pic.twitter.com/DwLwJqp5Sx

Have you bought yourself a feline friend in Sea Of Thieves yet? Does it remind you of your real-life pets? I had planned on going for a cat that looked like mine, but then I saw a jet-black one that looks like Jiji from Kiki's Delivery Service, and I just couldn't help myself. 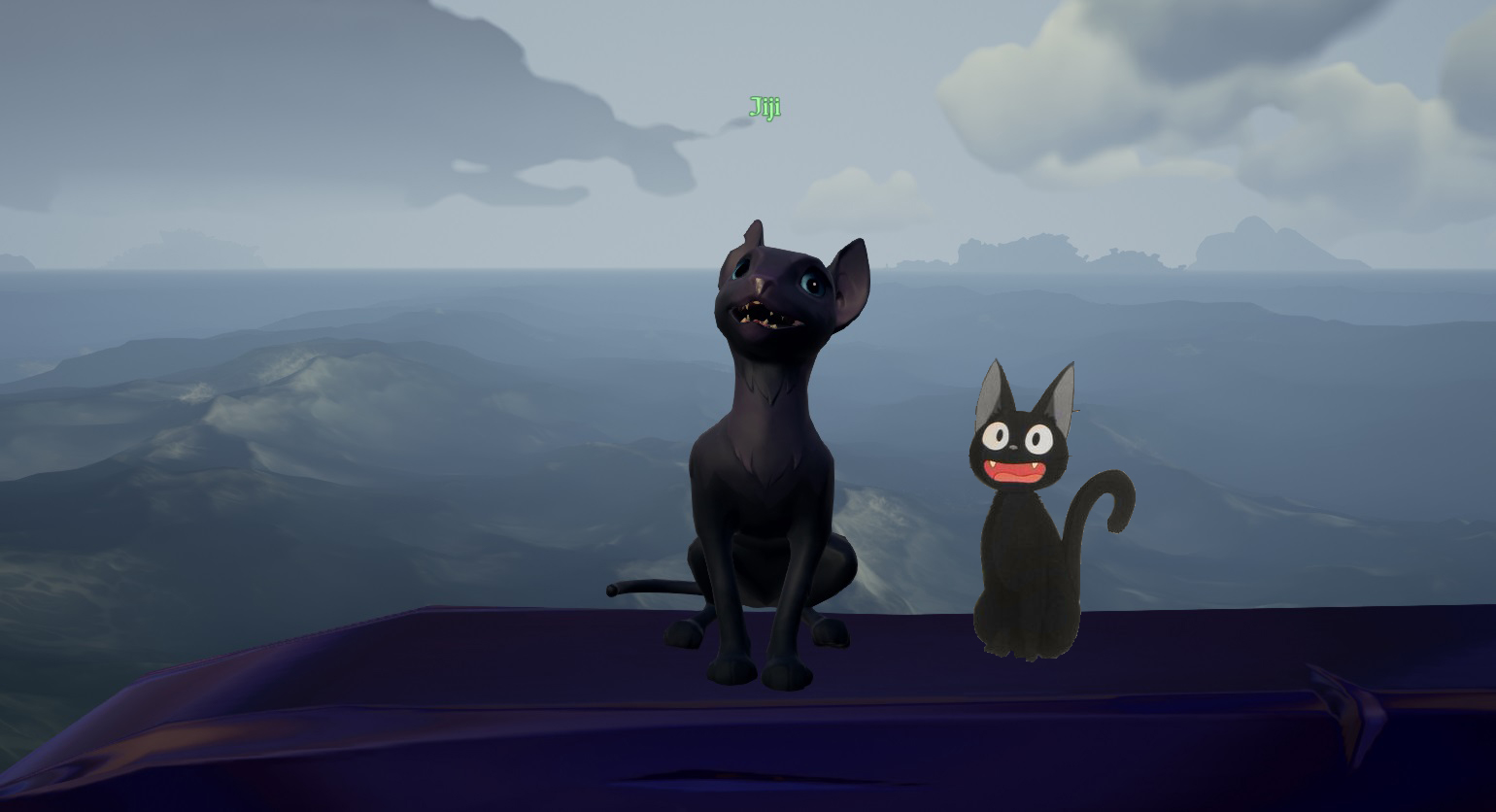 If you do fancy yourself a pet to join you on your adventures, cats (and parrots and monkeys) are available in the game's premium store, the Pirate Emporium, and will set you back about £5.

Sea Of Thieves' Ships Of Fortune update has loads of other good stuff going on, too - there's a brand new faction, a big shake-up for Arena Mode, and Rare have even given us the ability to revive crewmates when they go down.