After a satisfactory trial run with Football Manager last year, Sega Europe have announced that they now plan to use "fully recyclable packaging" for all of their physical PC game releases. Their initial recyclable boxes are made of recycled cardboard with recycled paper manuals too. This scheme will start in earnest with the launch of Total War: Rome II's new Enemy At The Games Edition, out next week. It's a bit weird to still be selling boxes that essentially contain a Steam key and a disc of data that will soon be rendered near-obsolete by downloaded patches, but hey, I suppose this is better than plastic DVD cases.

"While this approach does come at an extra cost to Sega Europe, this is in part offset by cheaper distribution – lighter packaging means lower fuel costs, and cheaper destruction costs as the package can be fully recycled," Sega Europe say.

The discs can technically be recycled, but not with regular household recycling collections - you'll need to find and bring it to a specialist place. I'm pretty sure that LDPE wrap would need to be taken to a place which accepts floppy plastics like carrier bags too; my local recycling collections don't include that, at least. 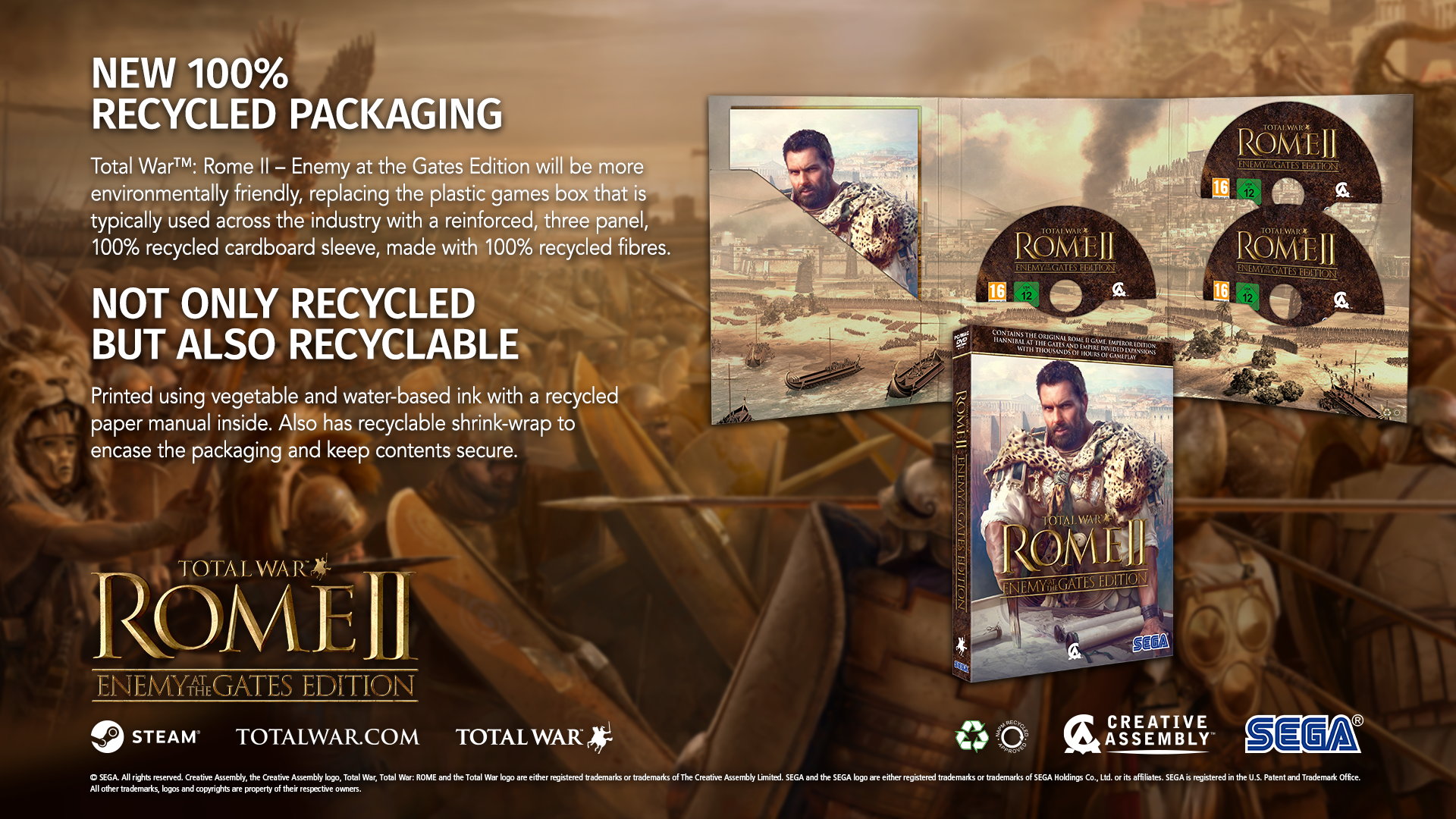 "Our estimations with regards to Football Manager 2020 suggested we'd save up to 20 tonnes of plastic packaging for that title alone, so taking this step for the rest of our PC portfolio would see that saving rise exponentially," added Gary Dale, president of Sega Europe.

"We'd like to reiterate Miles' [Jacobson, studio director of Football Manager devs Sports Interactive] plea from September 2019 to the entertainment industries to investigate similar packaging solutions, across movies, games and music so we can collectively observe a drastic reduction in the production of plastic packaging and its associated waste and pollution, over the coming years."

When Sports Interactive introduced recyclable packaging, they even detailed the suppliers and products they used so others could follow their example.

A lot of the weirdos who still buy boxed games are perhaps likely to hoard the boxes rather than bin them, but this will still save a lot of plastic. DVD cases aren't commonly recycled either, so I assume they end up fed to seagulls.