A new mod for From Software's slasher lets you cut straight to the point. Swords, yeah?

I haven't gotten around to Sekiro: Shadows Die Twice myself (it's the lack of a fashion endgame, I'm afraid). But I'm told it has some absolutely killer fights, what with all those stylish parries and flying head kicks. The sort of combat I imagine you'd want to just dive back into again and again, plot be damned. Modder Thefifthmatt's Boss Rush mode now allows exactly that.

The Sculptor's Idol at the Dilapidated Temple has been turned into a dial-a-fight, letting you warp to any boss of your choosing (a boss, the modder explains, is any foe who gives up a memory on defeat). They can be tackled in any order you like, letting you construct the perfect feudal revenge thriller. 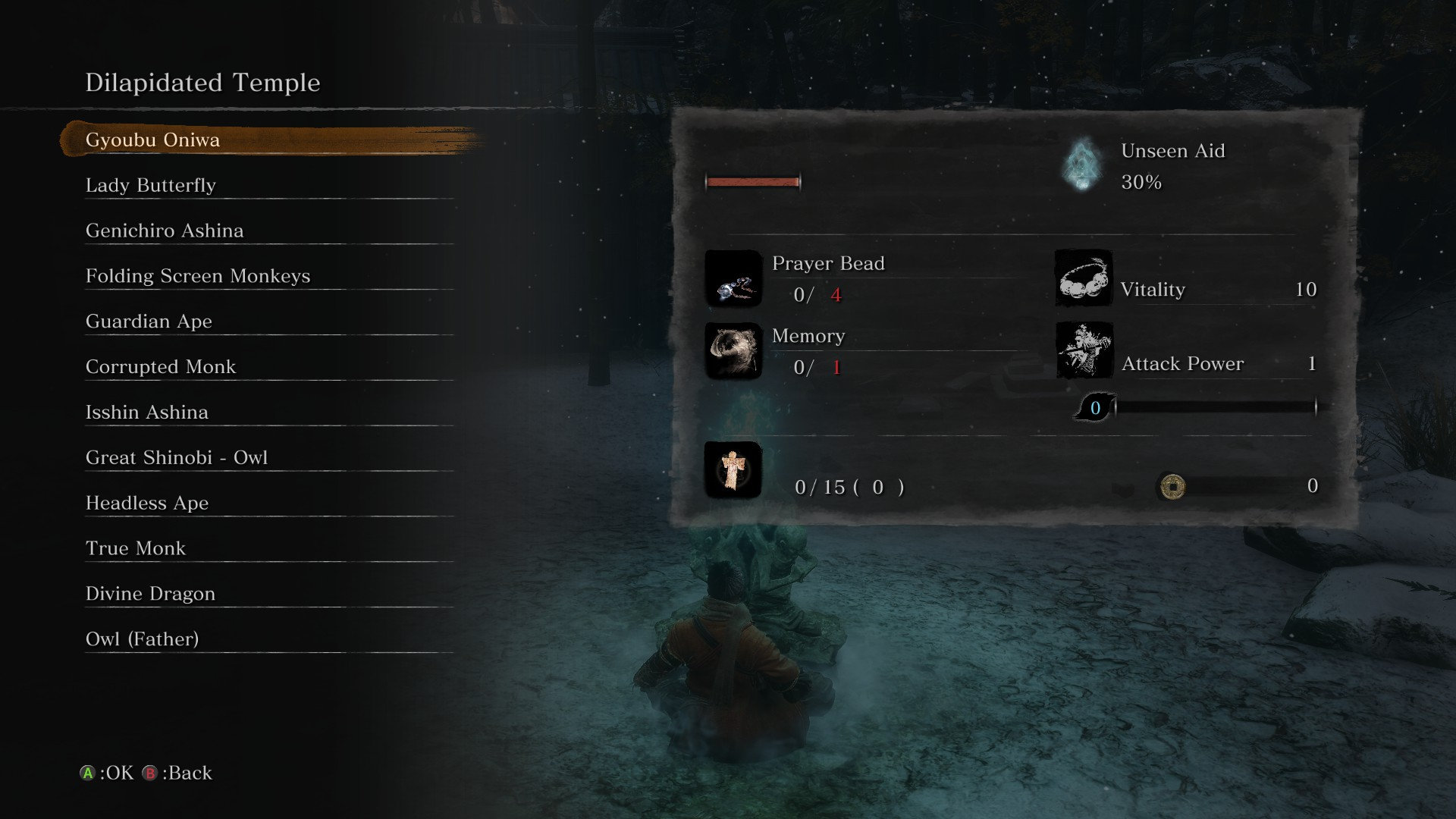 To make things smoother, the mod cuts out all tutorials, slow walk areas and cutscenes. All NPCs are absent, their use replaced by the Idol. The Idol is all you need. The Idol is your real friend, selling items and becoming a one-stop source for upgrades and stat boosts. Each boss drops currency, and there are a number of challenge modifiers to help spice up the experience.

Thefifthmatt also confirms that you can bring in a souped-up New Game+ Sekiro into the fray, though the mode is intended for starting from scratch.

Naturally, someone bashed through the whole lineup - unharmed - within a day. Showoff.

Boss Rush can be found over on Nexus mods with full installation instructions.