This is, really and truly, the last ever Steam Charts.

Which, I realise, is something I've said before. More than once. But this time it's really true!

Erk, I'm not really sure how to convince anyone of this. I'm the boy who cried last ever Steam Charts.

When I took this column over from Alec (RPS in peace) two and a half years ago, my ethos was this: be stupid. It's only a coincidence that this also happens to coincide with my ethos for every other aspect of my life.

I'm kind of pleased with quite how utterly stupid a place it eventually reached, not just in the words I wrote, but that RPS kept paying me £200 a week even when I made it about octopuses. But as my grandmother used to say, all stupid things must come to an end, and after the complete bastards at Valve flicked some switch to stop this dumb-ass article bringing in colossal traffic and thus ruining my sweet gig, it must gently ascend to the big website in the sky.

So let's plough through this nonsense one last time. 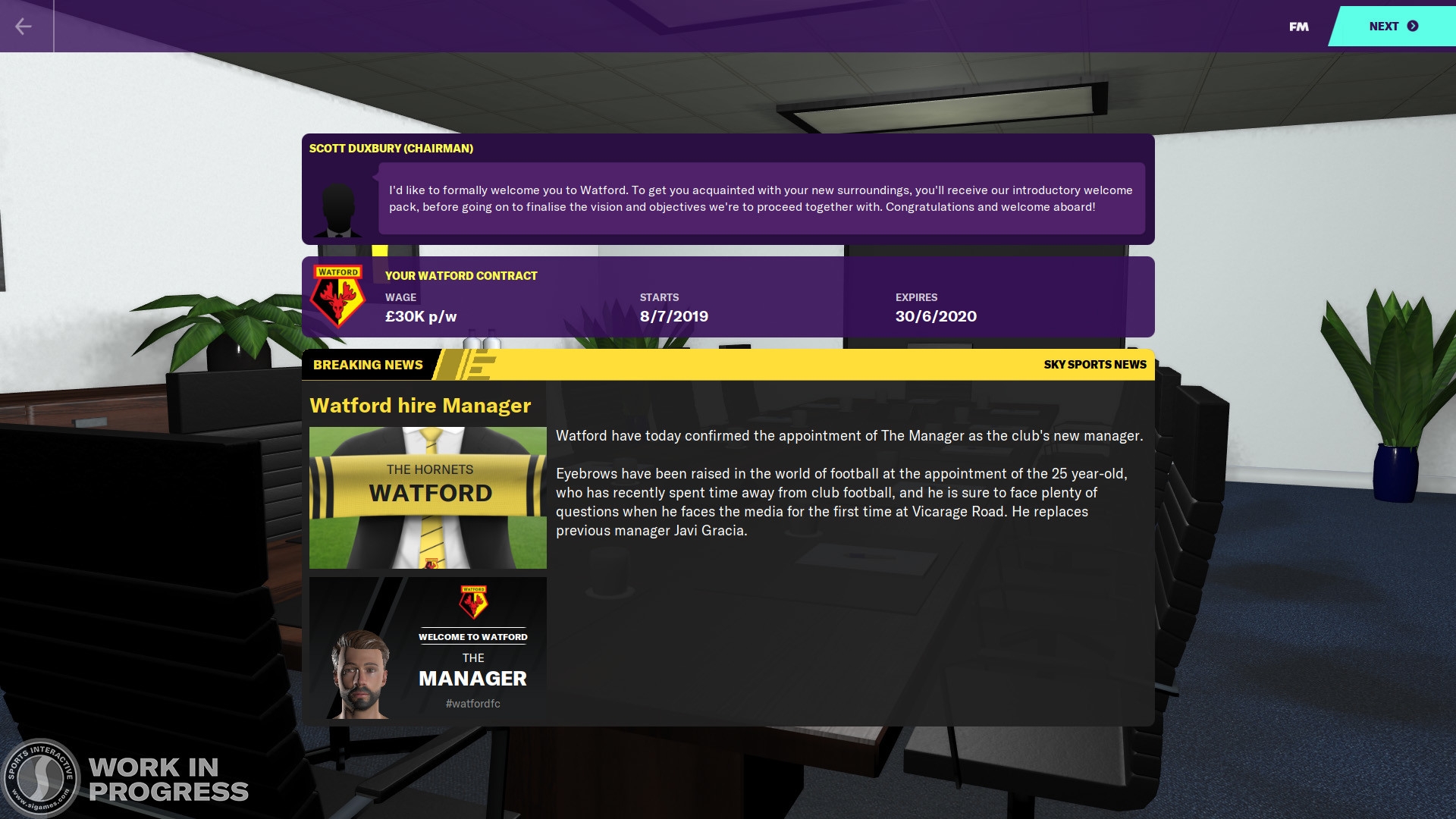 Right, since this is the last one, let me finish my brief series of Footkick Tips with a final edition offering you some predictions for the rest of this season's Premiership Champions League.

Goal Shots: There has been an increasing propensity of late for the sport to focus very heavily on the numbers of goals achieved, and less on the artist impression scores. I really feel that come January 2020, this will begin to shift back the other way, and we'll see a much greater focus on strides, sissonne, and angles.

Grazing: With UEFA relaxing the rules on player diets earlier this year, I believe 2020 will finally see club guidelines allowing players to graze on the pitch during half-time and half-term. Not only does this provably lead to improved mental wellbeing for the teams, but it also keeps the pitches nice and trim.

Goalhit Celebrations: Good news for all long-term fans of the pursuit! Come the New Year I'm confident we'll see the return of the high five!

Ducks: There will be no more ducks.

Of course the bad news is, all these changes will mean your edition of Foot-To-Ball Managering 2020 will be woefully out of date, and friends and colleagues will murmur about you behind your back. 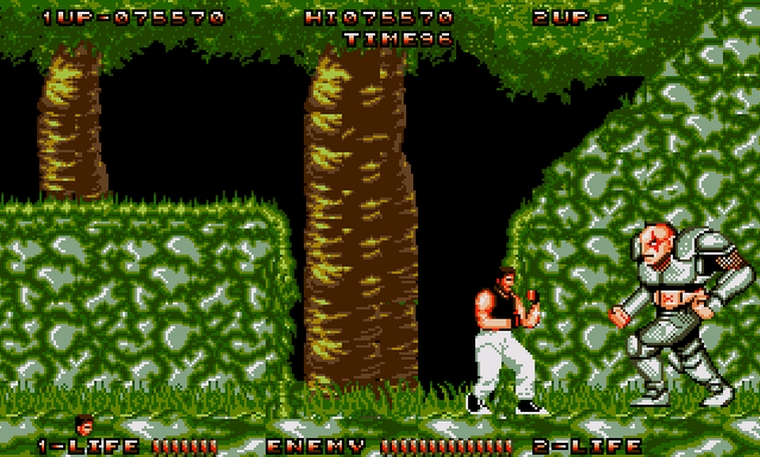 What’s The Last Ever Thing You Could Buy Instead Of GTA V Again?

Flibble Glibble Pants, I think I'll miss you most of all. 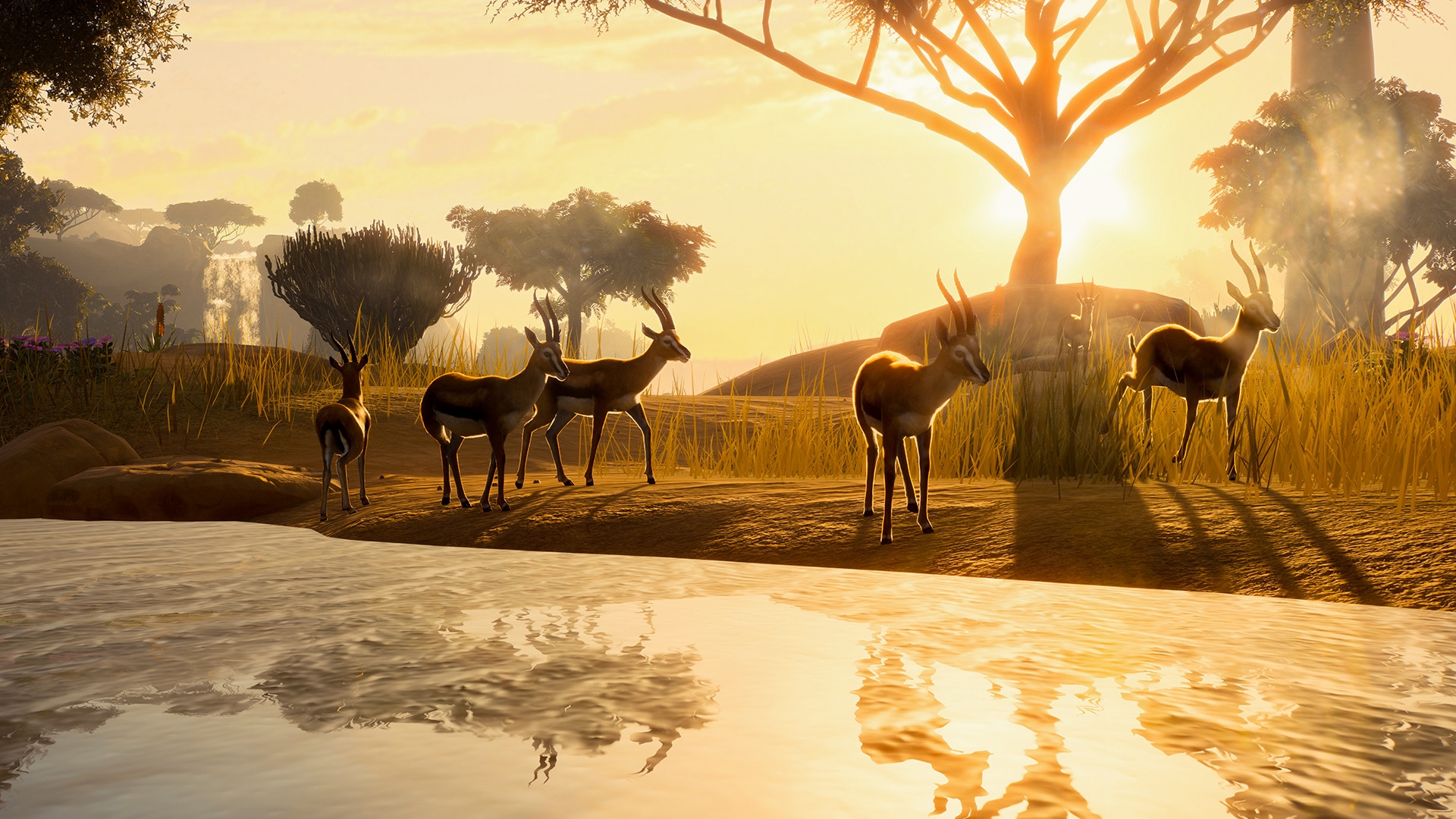 I'm excited to be able to bring you exclusive news of the first DLC to come for Planet Zoo! Made by Frontier Developments in association with Expansive Worlds, thePlanet Zoo: Call Of The Wild will finally respond to fan demand and introduce rifles to the game.

The most immersive hunting experience ever created meets the ultimate zoo sim, where you can now take down those Bornean orangutans and Indian rhinoceroses with your weapon of choice. Mount your victories in the Safari Trophy Lodge, and blood the faces of your children as you introduce them to the family-fun of hunting in captivity. 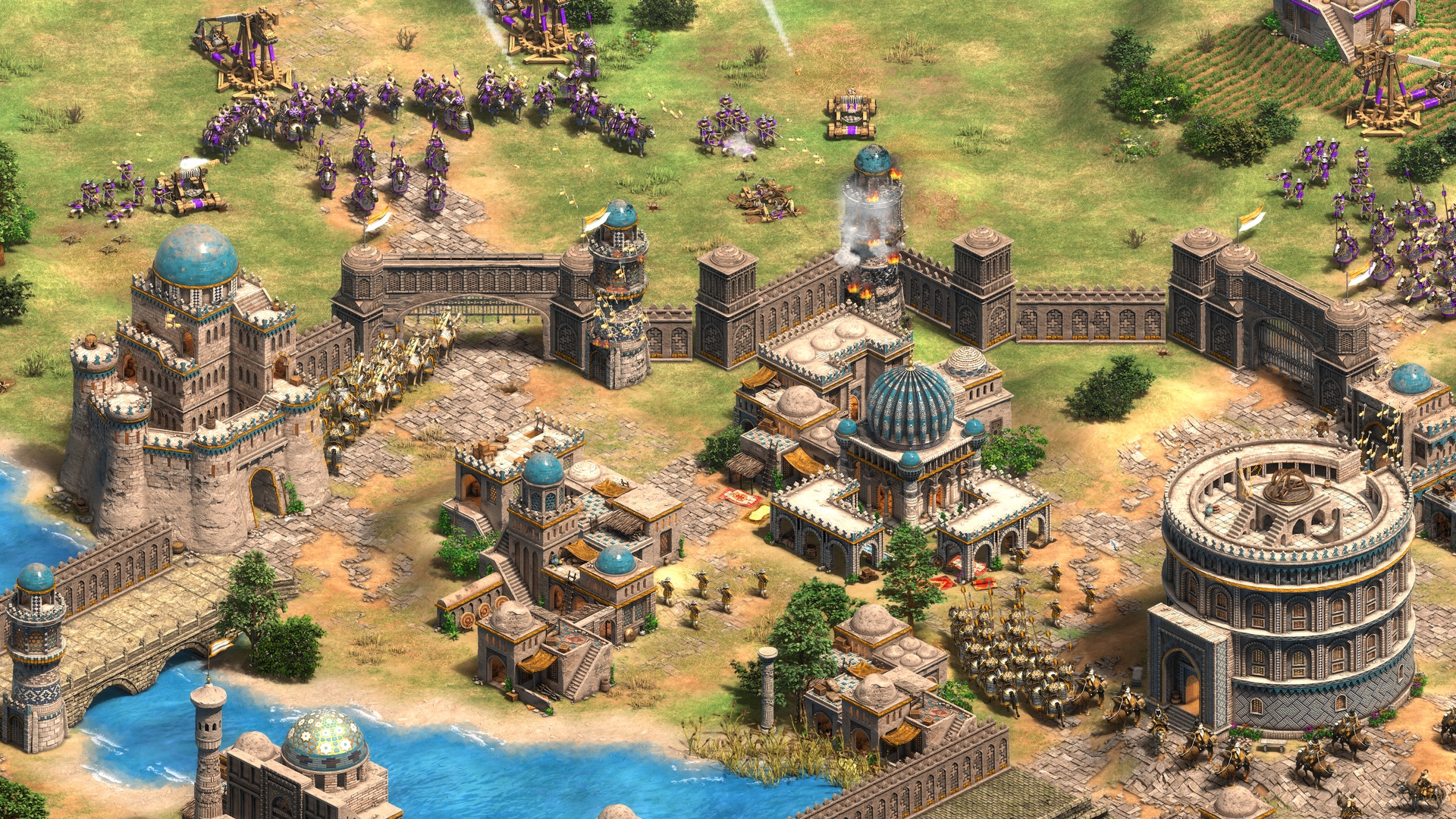 I know as much about RTS games as you know about Croatian Accreditation Agency employee benefits, and regard both to be equally as interesting. They're homework, not games. You're all wrong. You all just like doing homework, like some sort of pervert.

So I'll bow to Nate "I Love Homework" Crowley's greater knowledge when he says it's the best one ever. You really should read his review, by the way, even though it's about an incredibly boring RTS game, because Nate's really good, and he writes lines like,

"That didn’t give me half the nostalgia rush as the remastered sound effects however – when I first clicked on a castle and heard its iconic fanfare of three ascending parps, I genuinely tried to screenshot the noise, before remembering that computers don’t work that way."

(Someone should probably tell him he's forgotten to put a "Bestest Bests" sticker on it.) 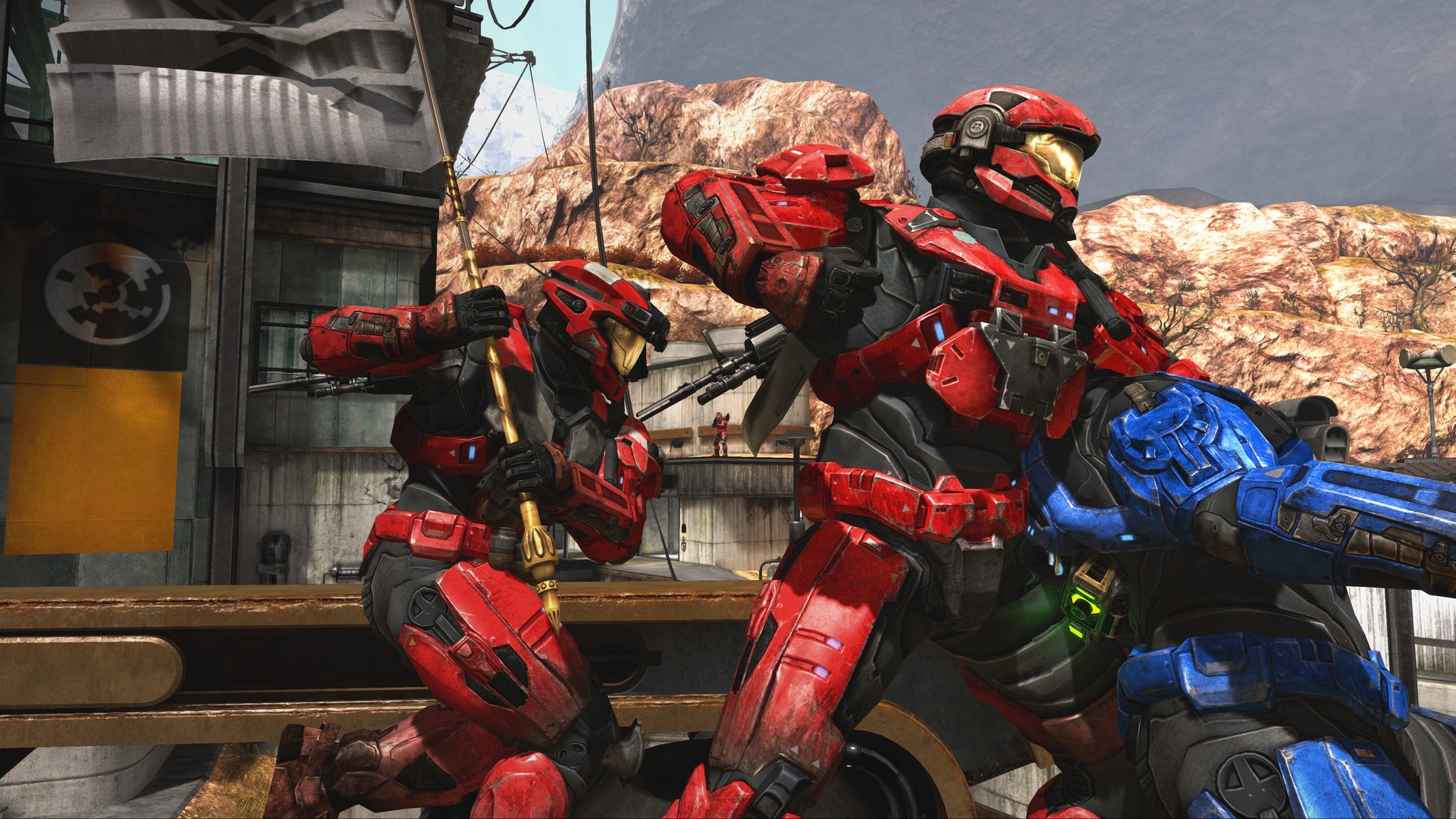 Dammit, I was kind of looking forward to one last scream of disgust at you pre-ordering idiots. But this one's all confusing. The Master Chief Collection isn't out until December, and even then only one sixth of it is released, and so pre-ordering it into the #2 spot is absolutely bloody stupid. But then at the same time, it's reasonably fair to say people already have a fair idea how Halo: Reach - December's initial release - is to play. And the Xbox One got its own version of this in 2015.

But then on my third hand, no one has any idea how good of a job Microsoft has done bringing this to PC, and it might be an absolute clusterfuck. Hell, this is Microsoft releasing something on PC: it's going to be an absolute clusterfuck. It's something of a miracle this is on Steam at all, and not being released via postal order through a Windows 10 app that only works for seventeen seconds at 3am every fifth Sunday of a month.

Buying it in this bundle seems likely to save a bit over buying them in chunks - it's £30 for the lot, which should finally finish releasing by the end of Space Year 2020. But Reach alone will be £7. 7 x 6 = 42. 42 > 30. But there remains no sensible reason to do that before reviews of the ports are out, especially given it offers no pre-order incentives at all! (Unless you're a colossal twit and think getting to occasionally beta test the unfinished later games without getting paid is, er, good.)

Gobbling up nearly half the chart on its week of release, I really, really hope some high-up executive twerp at EA is getting repeatedly kicked in the shins by every single employee in the company for the past few years of not putting their games on Steam.

Some gargling berk thought, "No, actually, we are only going to release our PC games on Origin, and that will prove so exceptionally successful that Steam will probably have to close down." And he was far too high up in the organisation for anyone with a clue in their head to say no to, and so it was that millions of monies won't have reached them as a consequence. Which, I would venture, is somewhat ardently demonstrated by this monstrous demolition of the final Steam Charts by their first foray back to where PC games are sold.

And honestly, sod Origin. It used to be the least objectionable of all the vanity stories, but it's become as god-awful as Uplay of late, incessantly just uninstalling itself from my PC without warning, and requiring enormous, time-absorbing updates every time I ever have the misfortune to need to load it. I only reinstalled it after it's latest inexplicable vanishing from my computer a week ago, and yet when I launched Fallen Order from Steam it insisted on booting up bloody Origin, which then declared it needed a vital update and switched itself back off again, and then asked me to install some other flipping nonsense inside there to get the Deluxe Edition properly installed, which required verifying the integrity of all 55GB apparently by elderly arthritic hand, and by the time I was about to click "Play", literally as I hovered my mouse cursor over the button, it was time for tea.

Also they're charging £55 which is beyond comprehension, and everything is awful, and burn it, burn it all, burn everything.

The game's quite fun though. I like the little robot.

Which seems an apposite note on which to end this godforsaken column of drivel.

I've loved writing it nearly every week since June 2017! You know, hating loving it and loving hating it. There's love in both sides of that. The best bit has been a tie between you awesome commenters who have run with the gags and developed them all further, and those from infuriated GAMERS who have clicked on it in Steam and are just so bloody annoyed they did.

Indulge me a moment as I pick my ten favourites of the 109.

I mostly liked it when I wrote about fish.

The Steam Charts were compiled via Steam's internal charts of the highest grossing games on Steam over the previous week, but will never be again.