It still feels a little weird to be writing about Street Fighter for a PC site (I still remember that DOS port of Street Fighter 2), but Street Fighter V: Arcade Edition has carved out a nice, stable niche within the PC multiplayer scene. This week, Capcom properly unveiled military martial artist Falke, the third of six DLC characters planned, and she's here to deliver some savage beatings with that staff of hers.

When she was first teased some time back, I assumed that she would both look and play similarly to Cammy. I'm very glad to say that I was wrong. Falke is a very distinctive character with a fighting style not quite like anyone else in the game, seemingly striking a solid blend of mobility, range and projectile skills with some extra mechanical twists.

Backstory-wise, Falke is a genetically engineered backup clone body for M. Bison, just in case he feels like being a girl for once. She eventually broke free, and has been fighting against the evil organization Shadaloo ever since. Mechanically, she's an odd one, with good reach and some unusual moves activated just by pressing two punches or two kicks, as well as some moves that put her so low to the ground that almost all projectiles will pass overhead. 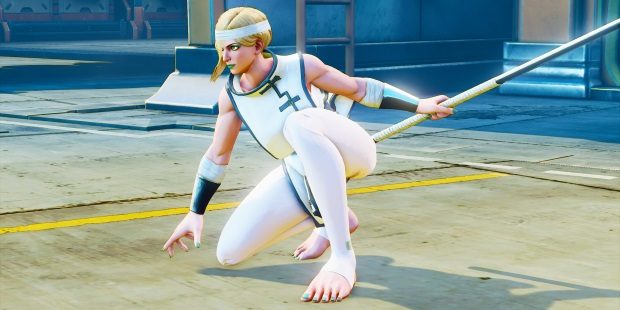 One thing is for sure: Falke knows her way around that staff. She can twirl it like a baton in defensive moves, swing it like a baseball bat for heavy attacks, vault off it for flying kicks and even shoot fireballs from it like it's some bizarre hybrid of a magic wand and sniper rifle. Harry Potter would be jealous of her 720° no-scope skills.

I especially like some of the finer details of her alternate costumes, with her white martial arts gear not only being a damn sharp look, but it's nicely paired with a cloth-wrapped staff. Her alternative biker leathers outfit is a little less classy, accompanied by a length of haphazardly joined metal pipe for some improvised beatdowns. 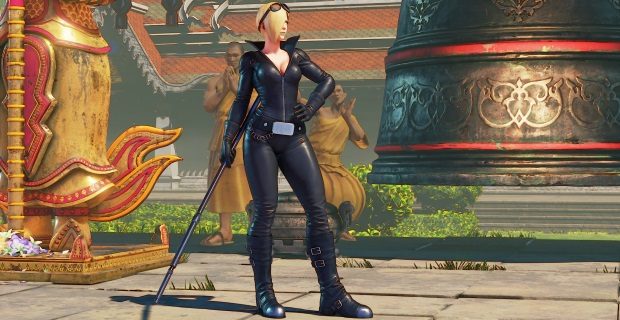 Coming over the remainder of 2018, we should see the return of old favourite Sagat, late-generation regular Cody, and the introduction of yet another completely new character, G, who is shrouded in mystery but looks a bit like an Abramham Lincoln-themed pro wrestler.

Falke will be launching on April 24th as part of the third Street Fighter V Season Pass, or as standalone DLC for around $6. As with previous characters, she'll also be unlockable in-game through very extensive grinding for Fight Money, the in-game currency, although this is only really an option for the most dedicated of competitive players with hundreds or thousands of matches under their belt.