Hi there, pain fans. This is Blanka Slate, a three-part series where I pick up in Street Fighter where I left off as a pre-teen – button-bashing as Blanka and getting summarily knocked out. This is the ultimate day of my journey into the shiny world of Street Fighter V. So far I have been roughed-up by Rashid and razzle-dazzled by Ryu. I've lost two out of three fights every day. But maybe my final foes will be so kind as to accept my raw, untrained strikes with an open mind, allowing me to break this streak. Or maybe they’ll just throw me into a sarcophagus and walk away laughing. Let’s find out.

Yesterday, I was caught in an incapacitating cyclone of lag but today is a much clearer, crisper series of fights, with nary a teleporting Akuma in sight. But with a cleaner internet comes new enemies. 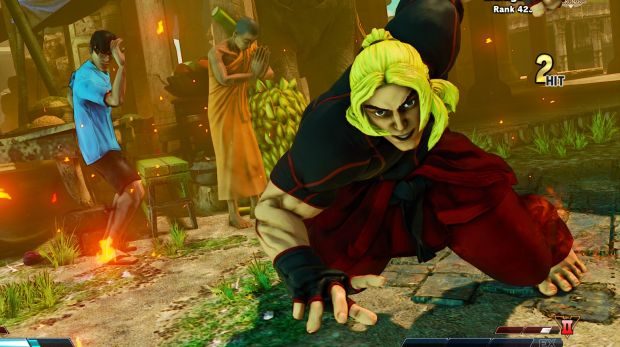 Unending humiliation. This Ken loved to throw fireballs. I have a special crouching move that lets Blanka duck under fireballs. And I was good at doing this on time. However, I was less impressive when it came to closing ground between each firey blast. I tried sliding toward my opponent, but I fell short. I tried leaping at him, but he would just blap me out of sky with a timely, devastating uppercut. 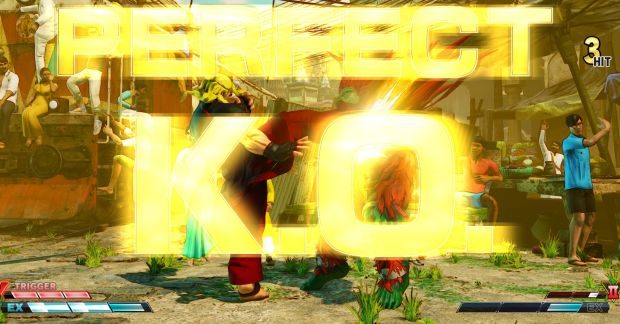 I tried using another of Blanka’s special leaping moves to gain ground fast, but Ken simply cracked me round the head as soon as I neared him. I felt like an extra in Ip Man. The second round ended in a perfect KO, but not before Ken buried his bare foot into the skin of my face, like a giant thumb pressed firmly into soft dough. 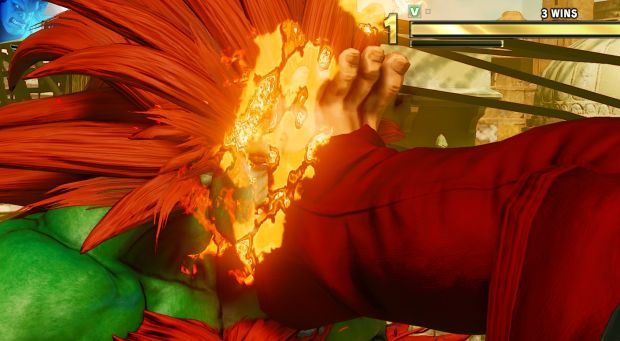 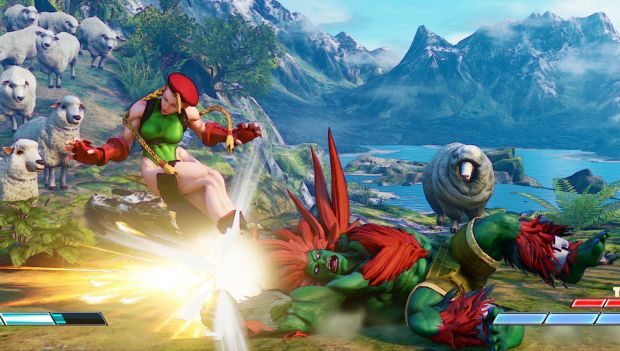 Now we’re cooking with Blankas. This Cammy is flopping and flooping like a lost worm. She’s more kick happy than any of my previous opponents, striking crazily at the air without waiting for me to be in range. Perhaps she is the wild one, and I the tame. Oh well, time to get the old electricity going.

Cammy doesn’t seem to care that I have transformed into a blazing pylon of ungrounded electrical current, and she runs into me again and again, her calcium enriched skeleton showing through her skin on each touch. Mmmm. In the end she just stands there not knowing what to do. And then, like a bobcat toying with a timid shrew, I strike.

I stand over my victim, celebrating the feeling of victo - hang on. Is this sheep celebrating with me!? 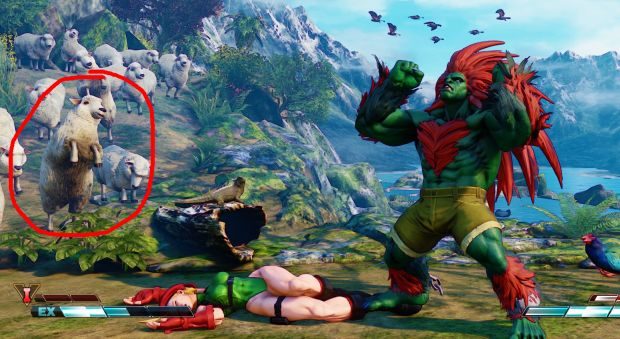 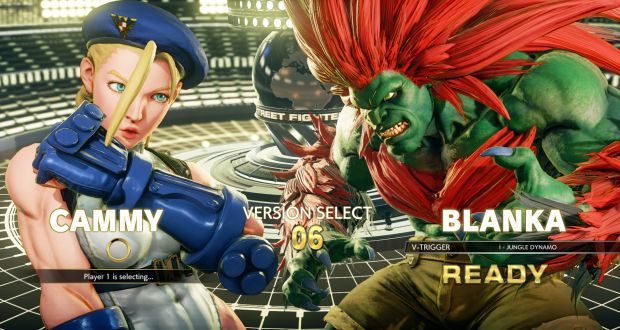 No… it can’t be. Another Cammy. And she's good. It’s like in those animes when one of the baddies gets killed but turns into Nega-Baddy. This time, whenever I get the electricity flowing, Blue Cammy just uses her special “spiral arrow” attack to shut me down (she basically turns into a corkscrewing pair of sharp boots). I lose the first round sorely and she throws me into a sarcophagus. She proudly displays her buttocks post-victory, as contestants in illegal bare knuckle fights are wont to do. 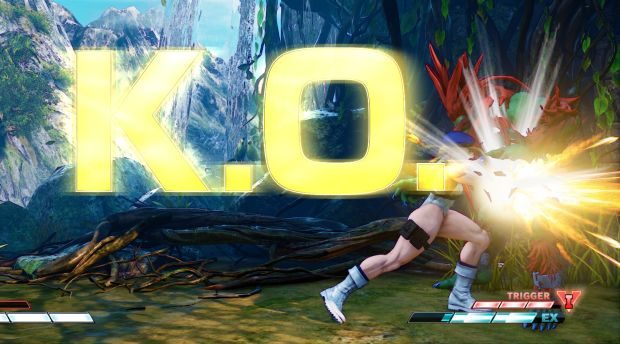 But the wildness. The wildness calls to me. The second round begins and I start guarding her low blows. She jumps unnecessarily, greedily into the air. And I am lurking at the right part of the screen, ready with a sliding strike. She starts to grab at me and throw me to the ground. Oh no. She has discovered a big weakness of mine - breaking free of these throws. But she either doesn’t pick up on this or goes back to her usual tricks. Instead of getting the ‘leccy flowing continuously, I start to throw it in at the end of move – almost like you’re supposed to do! This shocks her on the fly and knocks her to the ground again and again. I end the second round with a final strong blast of electric. 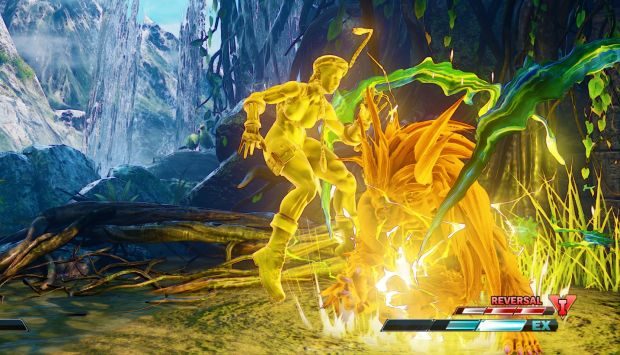 The third round is a tense stand off, I move in and nip at her heels, like a disgusting Komodo dragon hunting a calf, waiting for its infectious saliva to take effect. The wild. THE WILD. In the end, the final blow is a simple, anti-climactic strike at her legs. Blue Cammy, you are the only win I feel like I deserved. And Blanka clearly agrees. Look how happy he is. 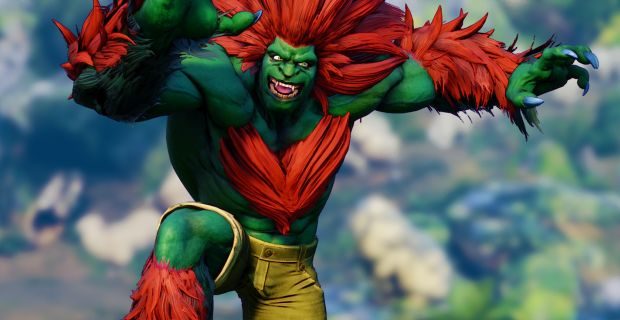 There you have it. It only took me three days with Blanka to go from a 33% win ratio to a 66% win ratio. That’s how mathematics works. I have conquered the Cammies, if not the Kens. The Birdies, if not the Ryus. And all it took was a little tempered instinct. Some might call that “practice” or “restraint” but not us Blanka mains. We call it "applied primitivism". It is the wild which governs us, and it is into the wild I shall return. Goodbye, Street Fighter V. Goodbye, Blue Cammy. Goodbye, reader. Goodbye.