Hello. Today, I will return to the public biffing of Street Fighter after a long absence, with a single rule: I can only play as Blanka.

To explain: I haven’t played a game in this series since Street Fighter II, in which this Brazilian bootleg Hulk was a classic character. But he was only added to Street Fighter V: Arcade Edition last week, where he is described by the game’s roster as “unemployed”. Join me in pretending that the release of this wildman is the reason I have decided to fight online in SFV, and not because I thought of the headline “Blanka Slate” first and then had to come up with a whole feature to justify using it.

Based on my recent performance in Tekken 7 (a fighting game to which I also recently returned) it will be OK. In that game, I have risen from dung-encrusted bottom rung to slightly-less dung-encrusted second-bottom rung. However, I am a time-starved combatant so I’ll only fight three people every day, and chalk it up as a win if I can survive three days of fireballs and bodyslams. Are you ready? Let’s go. 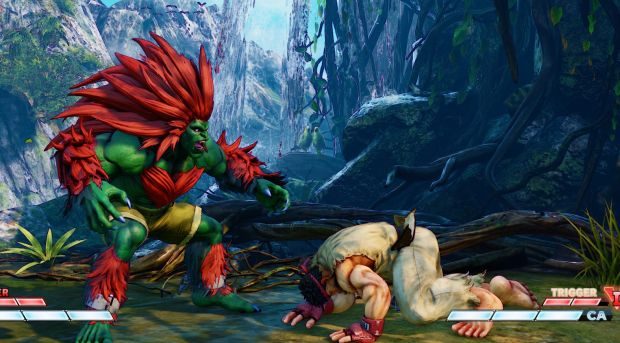 I’ve already cheated. It’d be silly to face other players without understanding the basics of my green weirdo, so I take on Blanka’s story mode instead of heading online. It’s basically two fights and some anime. I learn much about Blanka’s character in the process. Did you know, for instance, that he is a doll salesman?

At one point he breaks a claw machine in a blind rage, furious that his toys (based on his own likeness) are considered by the schoolgirls of Japan to be hideous monstrosities and not at all cute. He is both feral and sensitive, like a sad baboon. 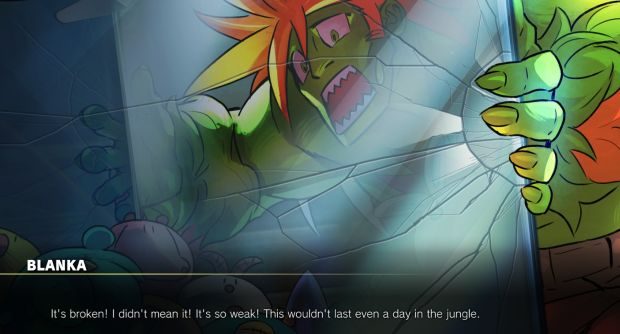 I try to do the challenges. These are practice areas where you attempt to chain combos together against a composed AI dummy. However, my reflexes are too slow, my thumbs too old and creaky. A chunk of Blanka’s repertoire – his important rolling attacks where he barrels across the screen – are beyond me. I can’t time the flipping of the controller’s stick well enough. This is quite a handicap. Imagine if Sonic suddenly forgot how to spin, or if Solid Snake forgot how to repeat the thing someone just said to him with a question mark on the end.

So I get frustrated in challenge mode, and just start mashing all the buttons. They teach you never to do this in fighting games. It’s very bad. But I am Blanka. I am wild. Wildness won’t be contained or taught. Wildness isn’t about being patient or composed or “practicing”. Wildness is about doing what’s in your heart. So let’s go online and be wild! 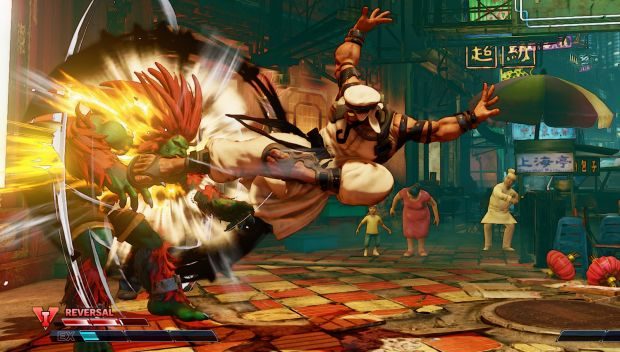 This player demolishes me. He is all spinny air kicks and windstorms. He moves so fast I cannot keep up. He’s flies around the screen like a really panicky bird trapped in a green house. A bird with fists. I fight him twice, because I love to get kicked through walls. 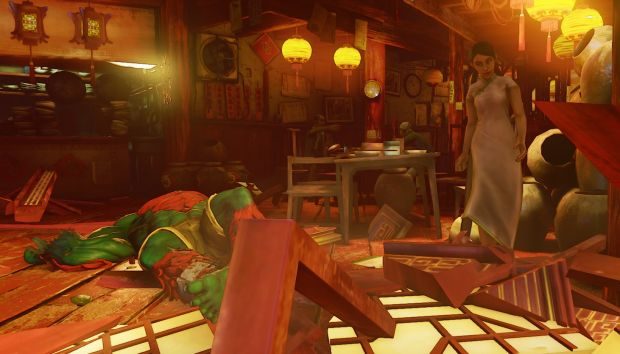 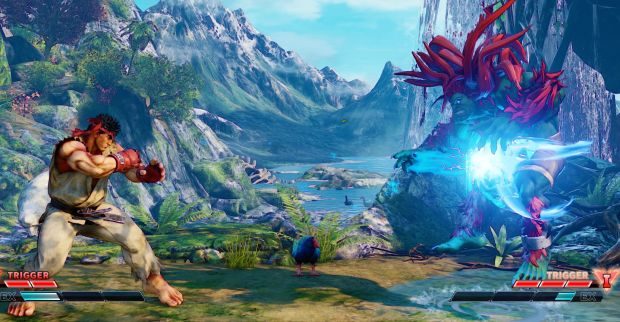 This Ryu seems equally menacing, as you can see in the above image, which depicts me being struck in the gonads by a blue fireball. He is grounded, well-rounded but sometimes pounded. I win a single match against him out of three, then he turns his back on me and quits. Possibly seeking a more formidable match-up. “I can learn much from your wild spirit,” he says, walking away. He must like how I punch the air with purposeless fury. 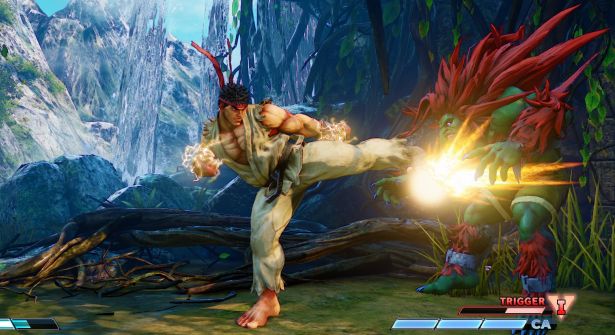 It’s this player, fighting as Birdie, who indulges me the most. At one point during our fights, he seems to stop and just watch me, as if he’d never seen a Blanka before. I win a match, then he wins a match, each of us waving our arms around like a pair of spooked chimpanzees flailing at the empty jungle. But my wildness wins out. I push him up to a bus at the side of the screen. He has nowhere to go. All my instincts suddenly screech:

“JUST MASH THE BUTTON THAT DOES THE ELECTRIC THING” 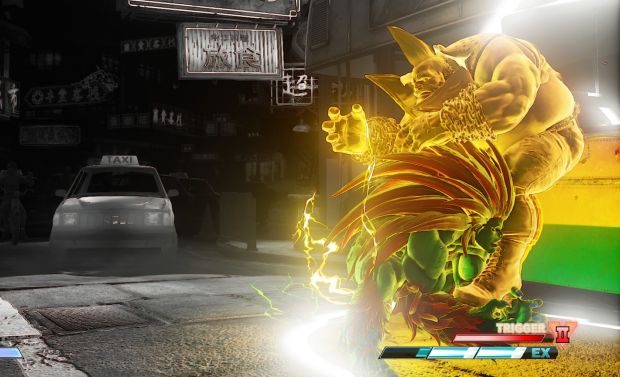 One of Blanka’s special abilities, which even I remember from the old days, is to repeatedly press a punch button and become a continuous ball of electrical pain to anyone who touches you. It strikes me as completely just and fair to do this when your opponent is cornered. To those of you who call it vicious or barbaric or “trolling” - who am I to dismiss the animal inside all of us? I tap furiously at the punch button, putting Blanka into an endless electrical rage. Birdie doesn’t know how to cope with this and is electrocuted three or four times in a row, until the game finally announces a crispy KO. It arrives to me like the “ding” of a microwave, as Birdie is forcefully discarded into the bus. 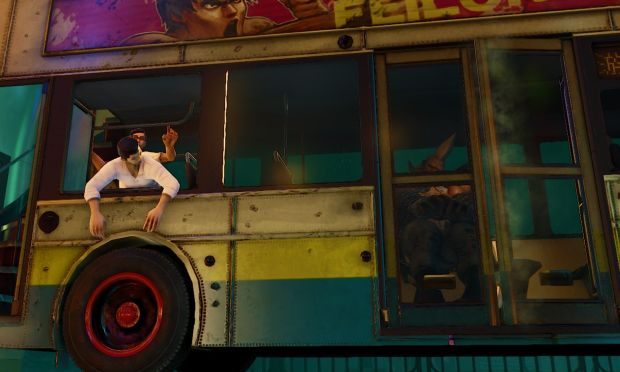 Conclusions: It has been a good day, with many lessons. Principally: if someone as lacking in dexterity as I am is to win with Blanka, then they must be a dirty, dirty animal.

Come back tomorrow for more Blanka Slate, in which I suffer further humiliations against another three foes.