“Hell is other people,” wrote Jean-Paul Sartre. “But also my favourite level in Doom.” He was a smart man, and he probably lives in hell now, on account of all the atheism. But listen, hell doesn’t seem that bad. Bit hot. Bit demonic. You could do a lot worse than a trip to the underworld, is what I’m saying, and as luck would have it, we have the perfect means for you to go there without singeing your eyebrows or being dunked in a toxic lake for eternity. That’s right: videogames. It’s always videogames. Here are the 10 best hells you can visit on PC. 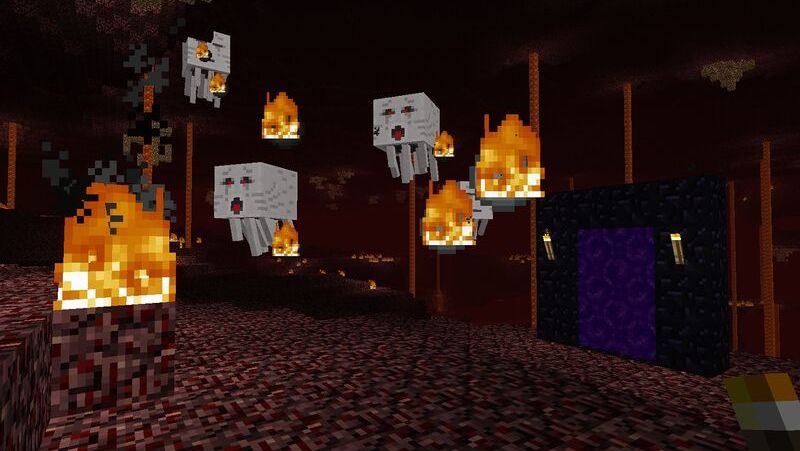 I hope you like lava. The Nether has lots. It also has a lot of baddies. There are wandering flameghosts, there are creepy endermen, there are tall skeletons who turn your healthbar black with soul-crushing ennui. It is a bad place, but also a handy one. For every step you take in The Nether, you have travelled eight steps in the safe world above, making it both a terrifying realm full of zombie pigmen and a physics-defying shortcut that lets you travel across the world at superfast speeds. Top marks for crimson-hued horror and trans-dimensional usefulness. 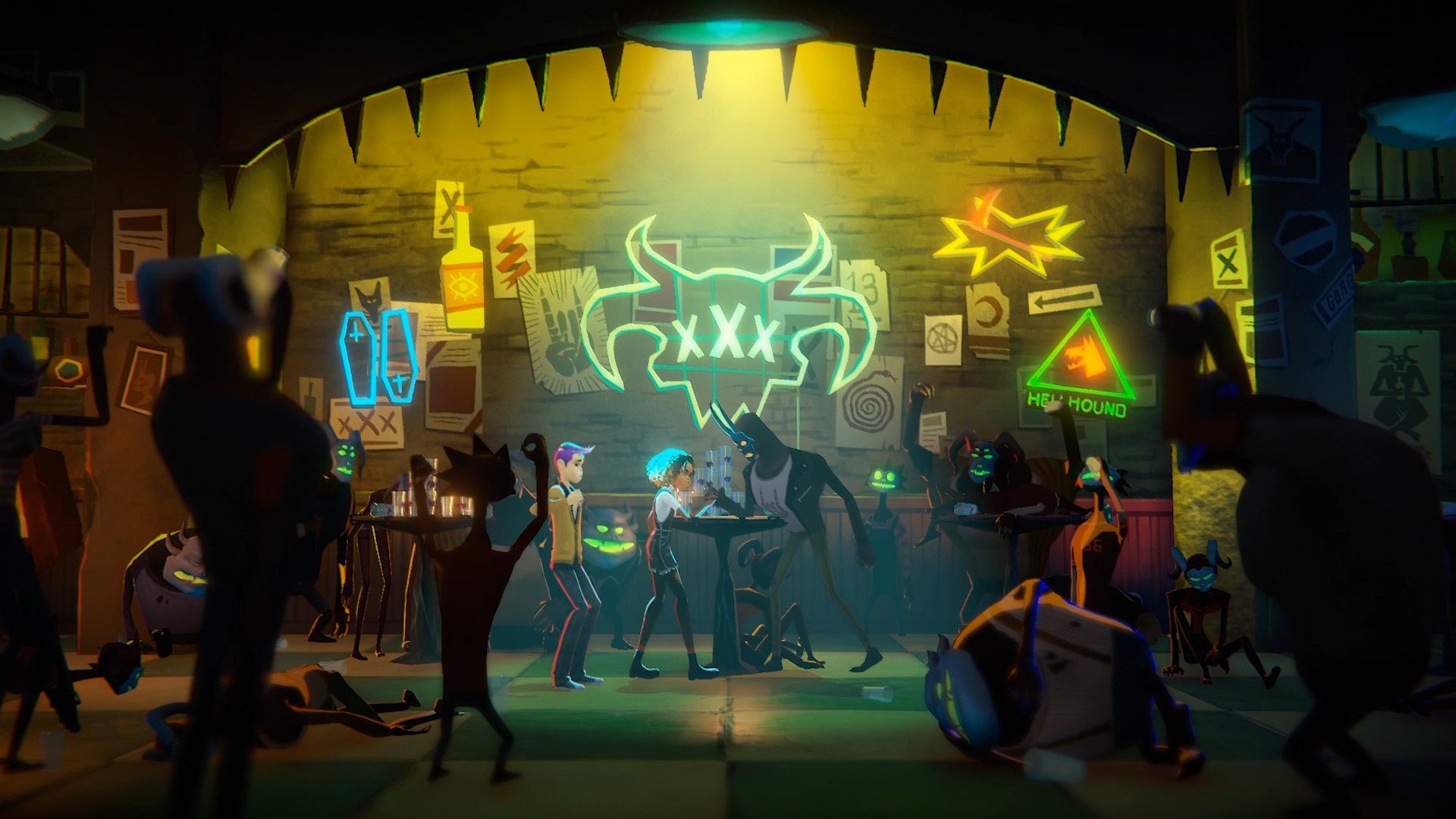 In the nine circles of quirky adventure ‘em up Afterparty, Hell is a mix of classic Dante’s Inferno, The Good Place, and the catastrophic house party you don't remember at Paula’s during that terrible summer of recklessness in 2006. It is not so bad. You only get tortured between 9am and 5pm, because the demons have the benefit of organised labour. Which leaves all human souls free during off-duty hours to wander around bars, parties and other twisted forms of nightlife, slugging pints of terrible liquid and slurping mysterious cocktails that change their behaviour more than any bottle of tequila ever could. There is also a fun rule: if you can out-drink the devil, you can go home. Definitely worth a shot. 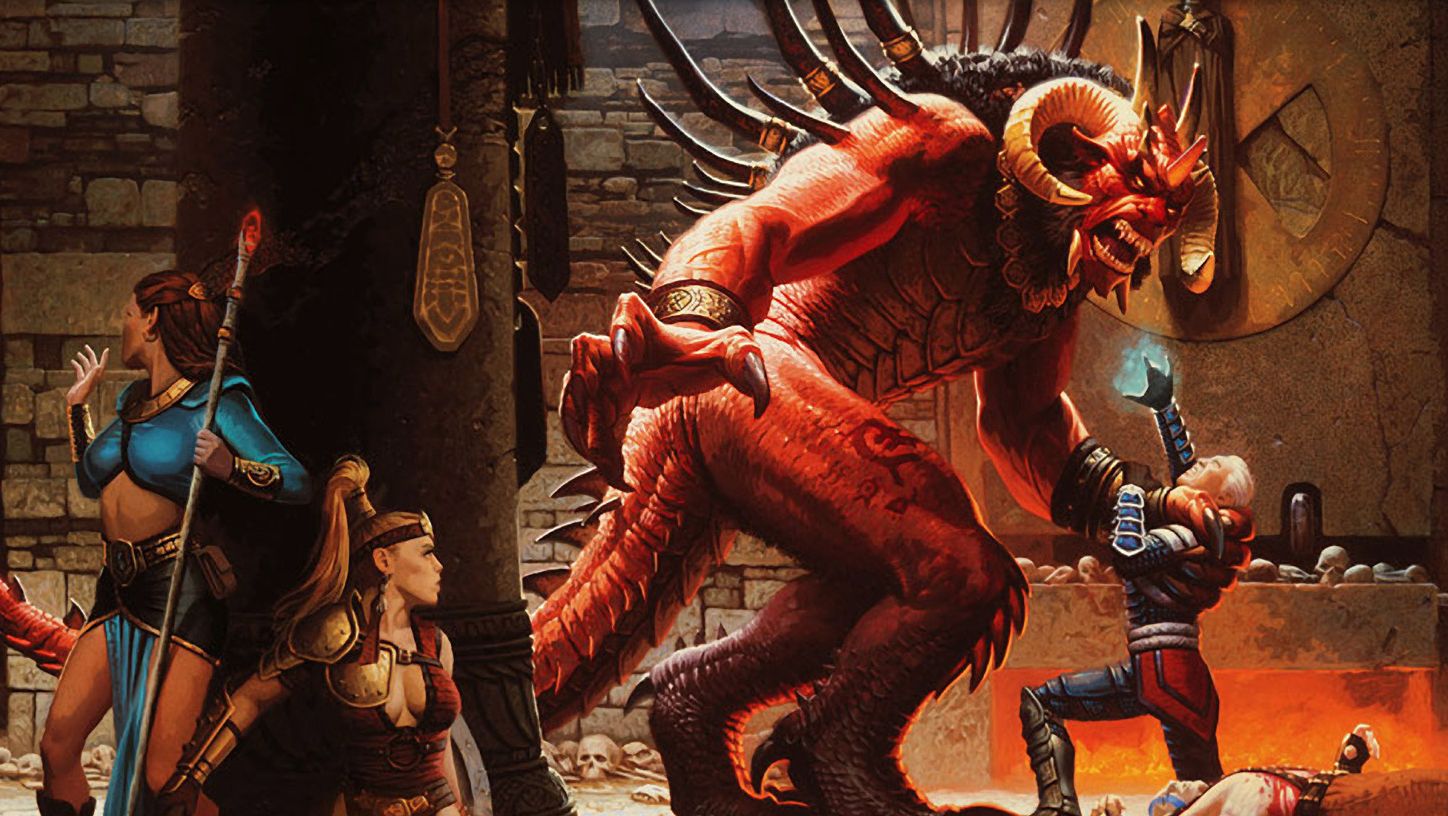 I’m only putting this here because if I don’t you’ll cry. 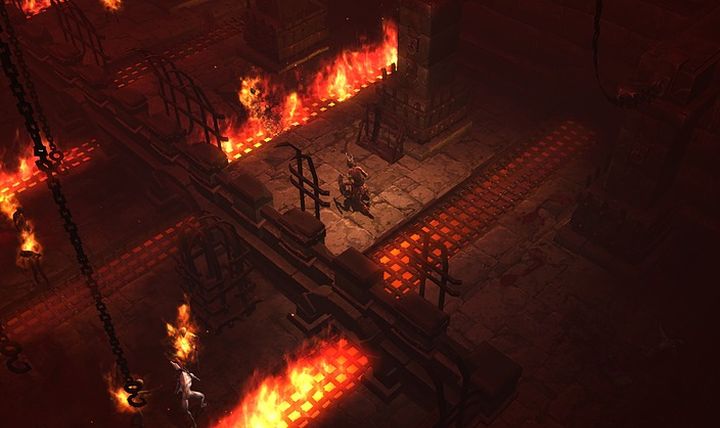 Putting this here to annoy the last guys. 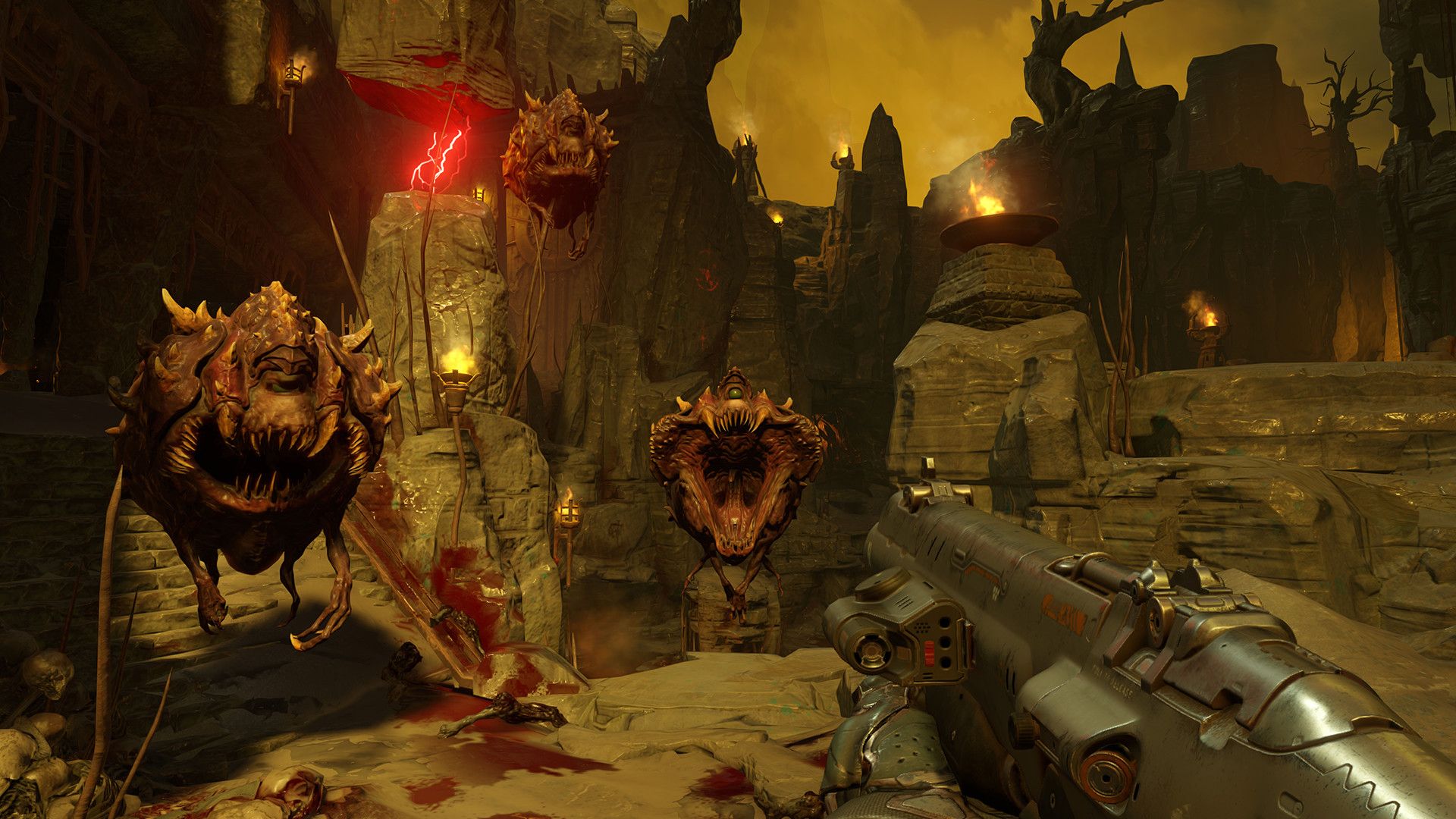 Rather metal. The big lad from Doom’s recent rejig goes to the bad place on a mission to do what he does best: bound manically over sulphur and bone, shoving explosive organs down demon throats with a chunky glove. If only we could all be so graceful and community-minded. Hell here is old meets new, the raw fire of 1993 embedded in the flesh and cybernetic game-wotsits of the new millennium. Health packs, yes, takedown animations, also yes. 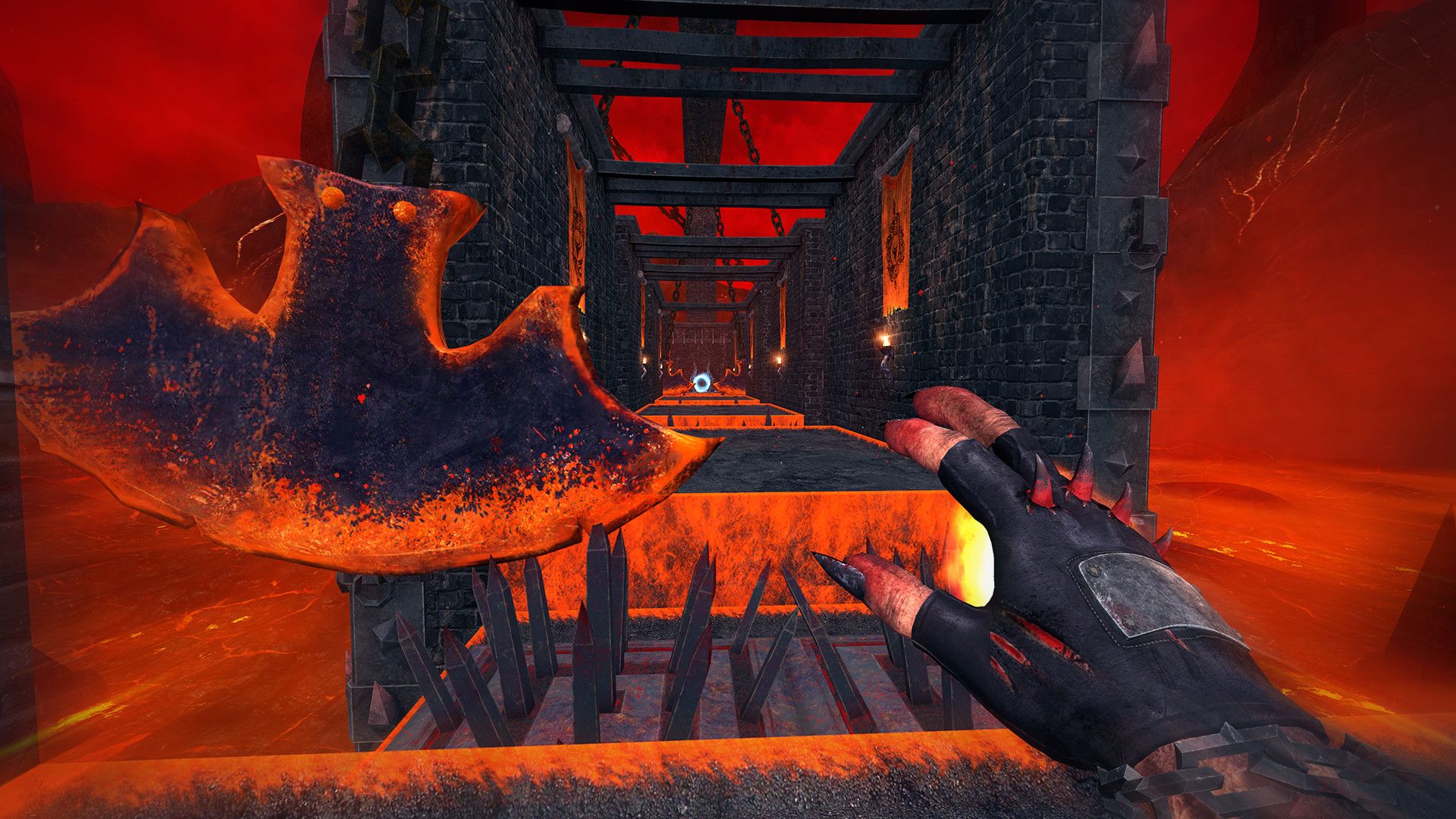 One person’s inescapable nightmare is another person’s Twitchable pastime. That’s speedrunning, the act of soaring through a game at unbelievably fast speeds, ignoring absolutely everything that the designers have painstakingly created for you. But in Seum, a platformy vision of rocker hell, that is the whole point. Teleporting, bunny-hopping, hovering through the air… it’s Doom on a stopwatch, minus the Cacodemons.

Land of the Dead - Grim Fandango 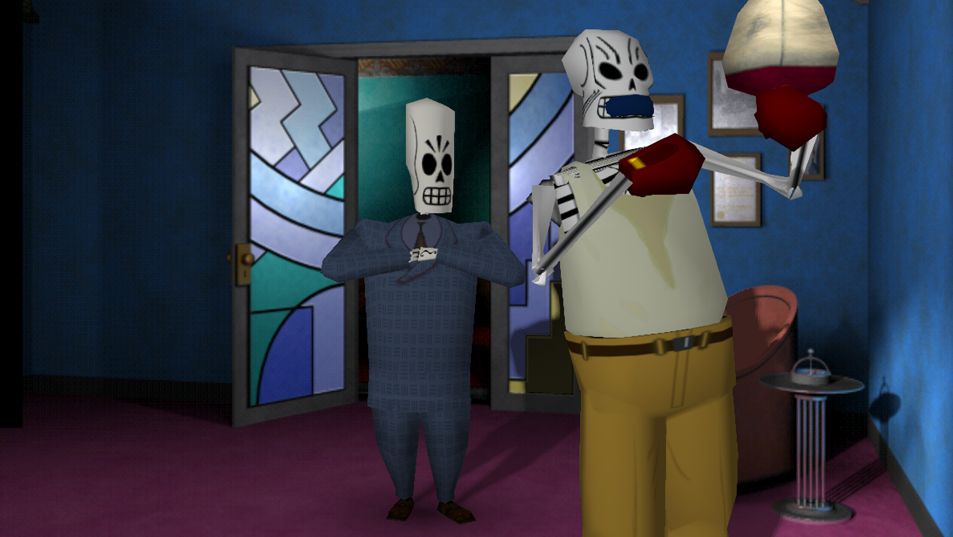 About two decades before Disney’s Coco turned the Day of the Dead celebration into a heart-wrenching moral lesson about the unstoppable decay of our collective familial memories, the adventure game wranglers at LucasArts made Grim Fandango in the same style. It was a swish point and click about skeletal souls trying to make their way to a place where their spirits could finally rest. It was bought by approximately nine people, who loved the game’s vision of a silly, cartoon noir afterlife so much they did not stop talking about it for 17 years, until it was remastered in 2015 just to shut them up. 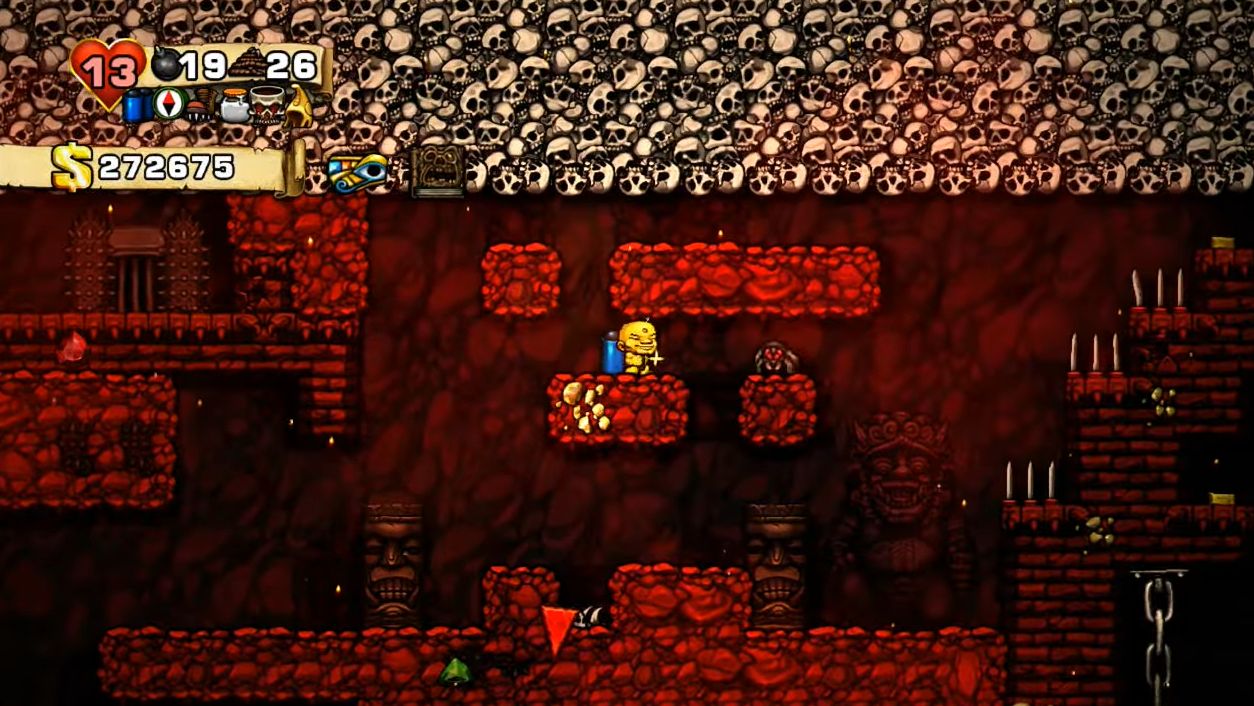 Why would you work so hard to get somewhere so horrible? 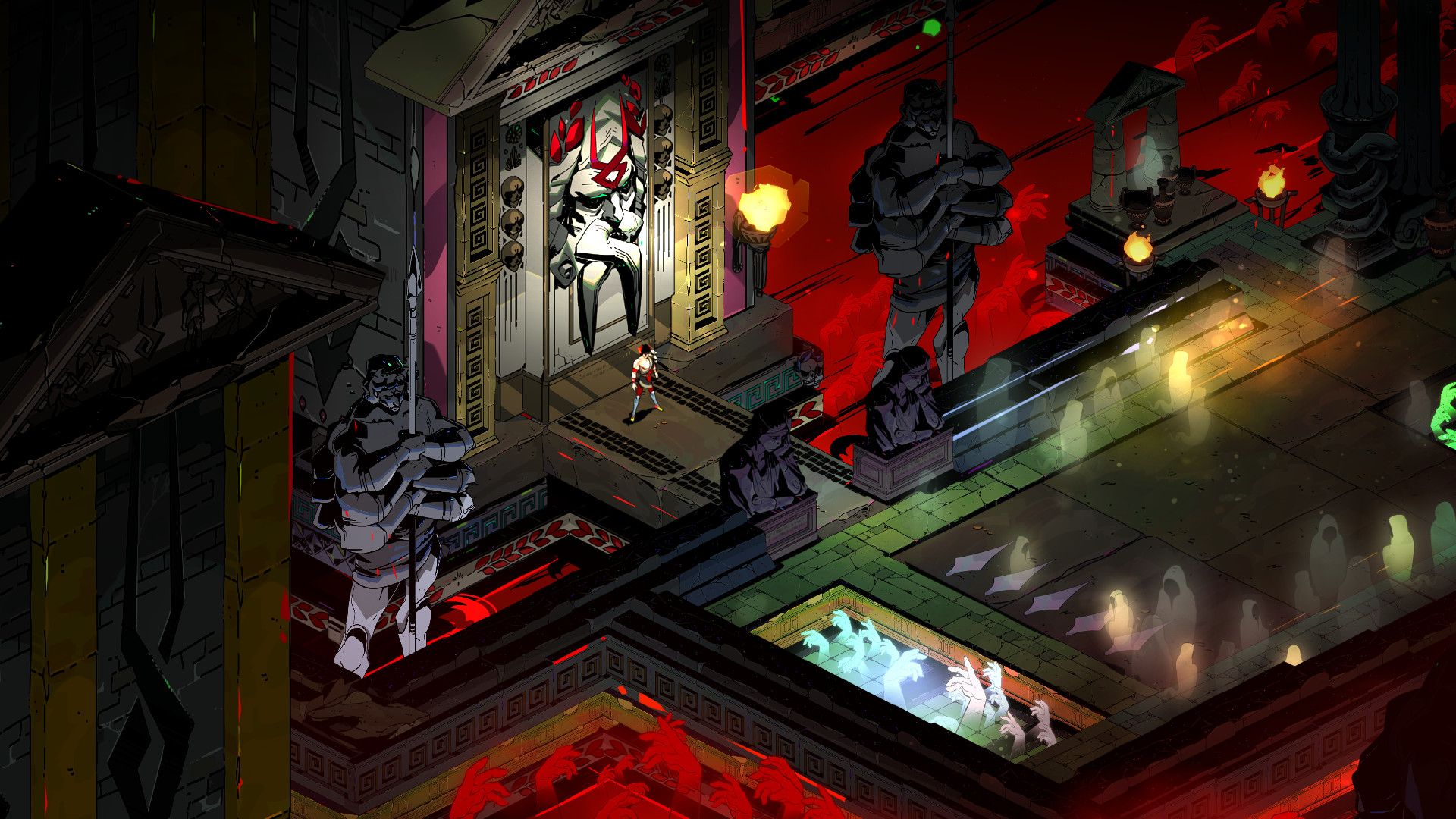 What fresh hell is this? Oh, it’s a roguelike. Hades is a hectic slash ‘n’ dash full of nasty shades and minotaurs who don’t want you to escape the Greek underworld. But off you pop, time and again, munching on cyclops jerky and casting arrows at Furies, clambering out of a spa pool full of blood with every death, you idiot. Honestly, who would want to leave hell when there’s so many good folks around? In these depths you chat to a cast of Greek deities and heroes who natter and jibe with one another even though their only hobby is to repeatedly kill each other. There’s a Dionysus with a serious Eton-lad-on-a-gap-year vibe and a Sisyphus who is taking a much-needed breather “slacking off with the old boulder”. There’s feather-dusting gorgons and pectorally explosive gladiators. All Supergiant’s bright character-painting brought to the myths of the Med. What’s the rush? Hang out a while.

The mountain - Getting Over It With Bennett Foddy 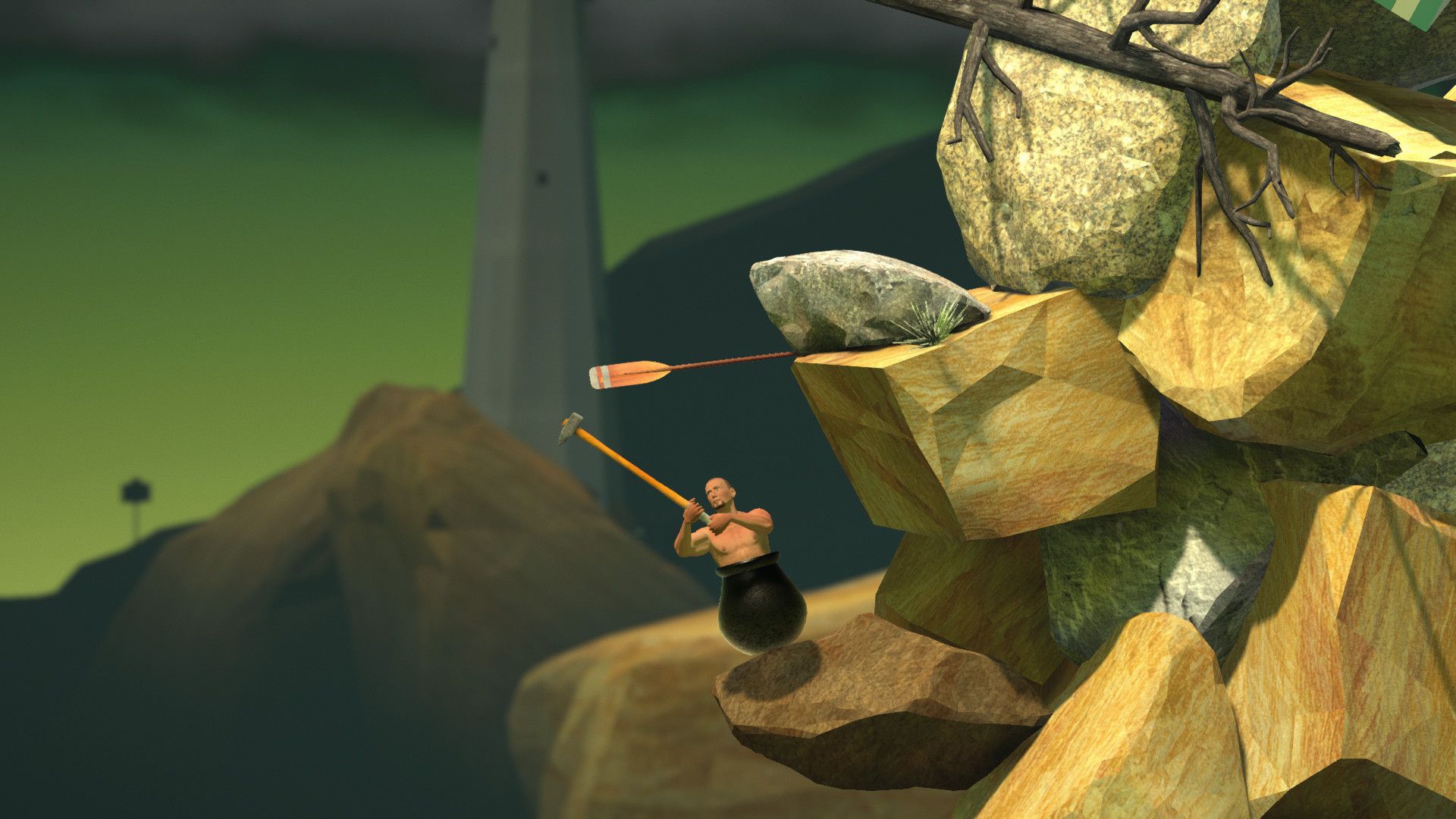 Hell isn’t other people. It’s one person, in a cauldron, with a hammer.

One Off The List from… the unluckiest characters in games

Last week we smashed some mirrors and looked at the 9 unluckiest characters in PC games. But one of them was judged to be more fortunate than the others. It's... the bloke who gets his head chopped off at the beginning of Skyrim. 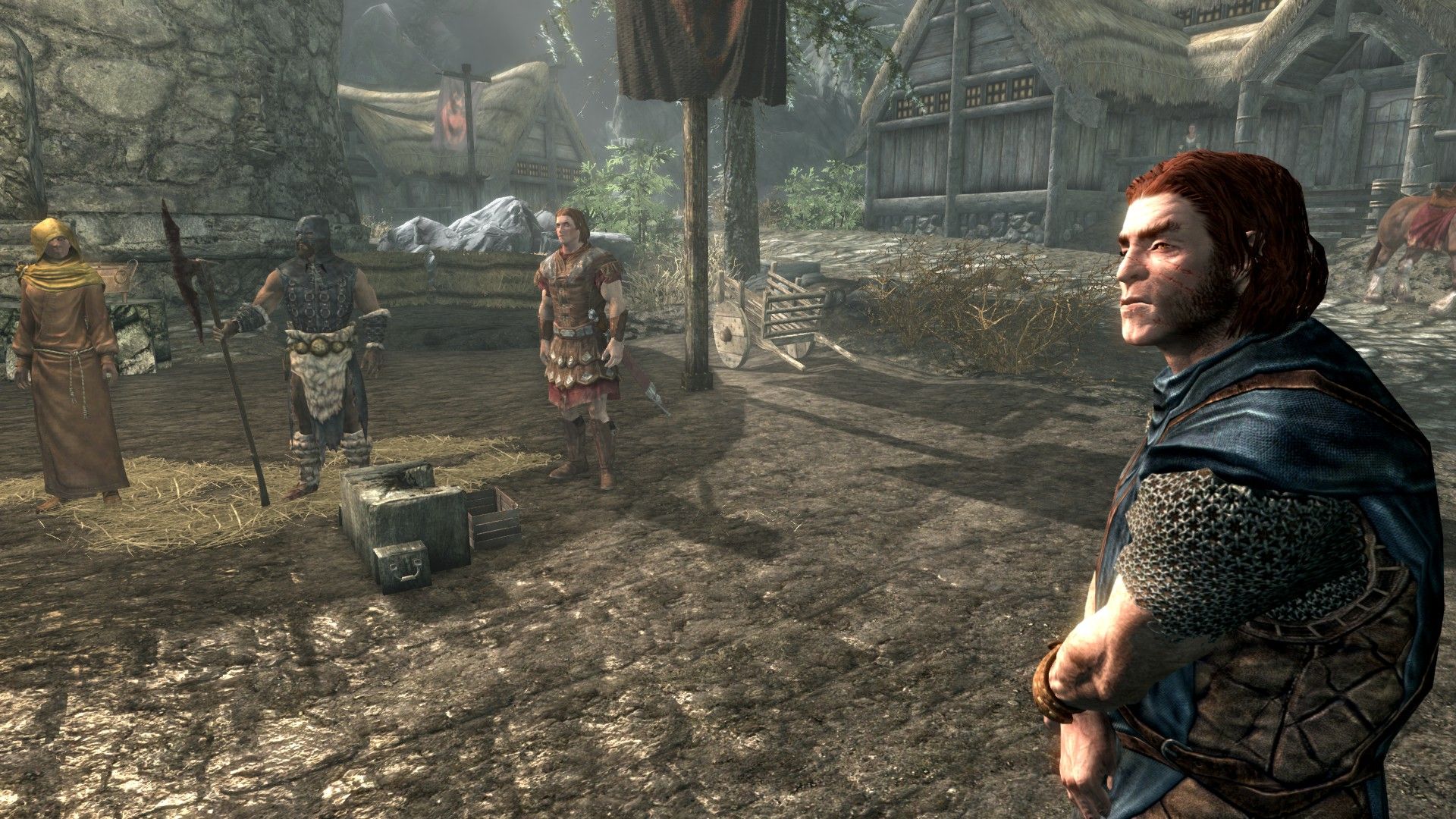 For a couple of reasons. First, as zealous de-lister "Hanimalle" points out: "...the Stormcloak that gets his head chopped off in Skyrim’s intro is actually very lucky as he’s spared a multitude of far worse fates: eaten by a dragon, frozen to death, thrown from a high altitude thanks to an angry Dovahkiin’s shout, and so on and so forth." A solid reckon. Secondly, there is another poor sod worthy of even more pity in the very same scene, as "Cyrano" declares. It's "the guy who makes a break for it and gets arrowed minutes before the distraction that would have saved him." The Divines were not on his side.

That's it, list scoundrels. See you in hell. I mean, next week.