While Humble may offer a lot of bundles now, their Humble Indie Bundles are what first put the site on the map. Their 19th went live last night, offering their usual broad and colourful cross-section of what the indie development scene has to offer.

Featuring space adventure, train-based puzzling, VR bomb defusal and one of the most existentially unsettling horror games ever made, this bundle has a little something for everybody, assuming you're not a huge dork like me that automatically buys everything halfway interesting that crosses your path and already owns two thirds of these.

At the cheapest tier ($1 or more, if you want Steam keys), you've got Halcyon 6: Lightspeed Edition, a refined version of the broadly well-received Halcyon 6: Station Commander. Inspired by FTL, XCOM and 4x strategy games, you explore the galaxy, gather resources, build a fleet of ships to command in turn-based combat and bop giant space-monsters on the snoot if they get too grumpy.

Mini Metro is a puzzle/management hybrid with a minimalist subway-map aesthetic. Your goal is to keep a city's infrastructure moving in accelerated real-time, drawing tracks to connect stations as they open and close and make sure that people are always able to get where they need to go. 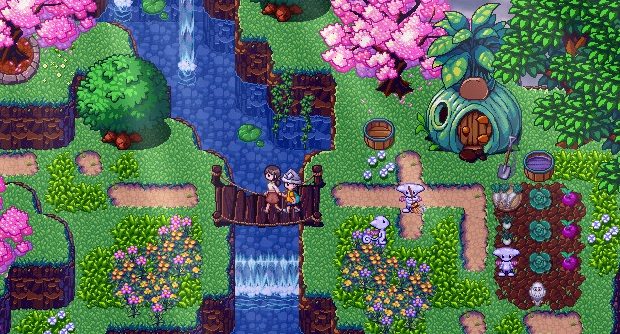 Rakuen is a colourful JRPG-styled adventure about a sick young boy in hospital, coming to terms with his own illness through exploring a magical world within a book. John went and reviewed it last year, and wasn't too proud to admit that it reduced him to tears, as well as made him laugh more than a bit.

At the middle tier (beating the average price of $5.70 at the time of writing) you get unique cooperative puzzle game Keep Talking And Nobody Explodes. Designed for VR (although still playable on a regular monitor), one player is trapped in a virtual room with a ticking time-bomb. The other player is out in the real world, armed with a reference manual of assorted bomb components. Communication is key, as the title implies.

Star of the show, though, has to be SOMA, Frictional's deeply unsettling first-person horror game. It's not nearly as jumpscare or monster-heavy as others in the genre (especially now that it includes a more passive playmode where threats merely menace with their presence, rather than seek to kill you), but it tells an excellent dark sci-fi tale that could well get under your skin.

Lastly in the mid-tier, you've got Poly Bridge, which is yet another of those thousands of little bridge-building physics puzzle games inspired by Cryptic Sea's Bridge Builder way back in the day. More games will be added to the mid tier of the bundle next week, too. 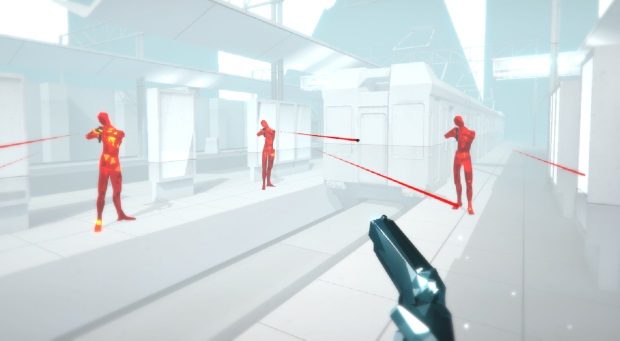 Cleverly, they've placed SUPERHOT in its own special tier. Thanks to Amazon Prime now offering a monthly bundle of games to Twitch users, many of us already own this excellent and creative FPS-puzzler, where time moves only when you do, and bullets are meant to be weaved around with balletic precision. If you want all three tiers of games it'll cost you $14.

The Humble Indie Bundle 19 is available to buy here.