Whether you appreciated its fresh approach or loathed the concepts behind The Bard's Tale 4, it's hard to deny that the revival of the ancient RPG series needed a few more months in the oven. Today's big ol' patch, which developers inXile are calling the Second Sight Update, smooths over some of the bigger cracks in its pseudo-old-school facade. For the good of everyone, you can now save the game anywhere, but those wanting a more uncompromising retro experience can enable grid-based movement and even recruit the original six pre-made Bard's Tale heroes.

The grid-based movement (which is still admittedly in beta) is the headline feature of a set of new 'Legacy Mode' options. While most of the options make the game more difficult, the Save Anywhere option enables quicksaves and loads wherever you go, at the cost of not being able to consume luck-stones for bonus XP. Another friendly change is the option to re-spec characters at the cost of one mercenary token spent at the Review Board. Eight tokens will buy you one of the six original Bard's Tale heroes including Brian The Fist and El Cid equipped and ready to go. 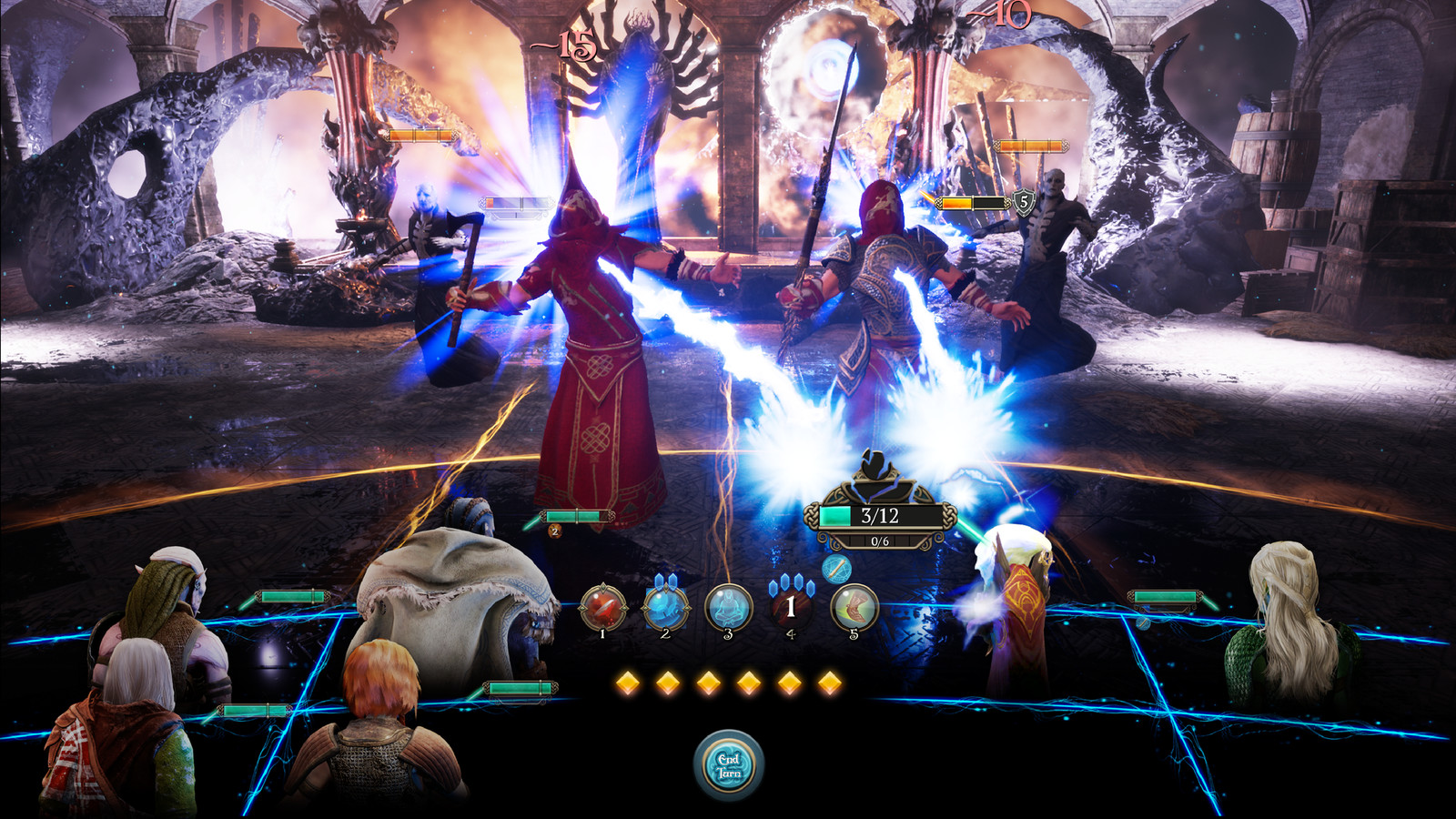 That's about the end of the nice, friendly changes. There's a bucketload of bug-fixes and balance tweaks (mostly nerfs), and a whole slew of new options to make the game harder for yourself. There's a new Legendary difficulty mode, an option to disable easy resurrections, a perma-death option (that'll delete your save game if you all die), and even an option to disable auto-mapping. Sadly there's no Etrian Odyssey-style 'doodle on the screen' system, so inXile recommend bringing your own graph paper. I think I'll just stick to regular difficulty settings, thanks.

To say that The Bard's Tale 4 met mixed response at launch is an understatement. I've only had time to play a tiny shred of it, but I've enjoyed its mix of puzzle-heavy dungeoneering and cornball 80s sensibilities. It's absolutely not the 'blob of heroic stats slays 300 bandits' experience that the originals were, though, and I can understand why many bounced off it. John wasn't too impressed in his review either, but it's good to see inXile hammering out the kinks still. Perhaps I'll shelve the game until the holidays, and finally give it a proper shake once it's been polished up a bit more.

The Second Sight update for The Bard's Tale 4 is out now, and you can check out the complete patch notes here.