I'm not afraid to say that I have absolutely no idea about what's going on in Death Stranding after a couple of hours with it. Something about a big apocalypse, some strands, a man who has the face of Guillermo Del Toro but not his voice keeps trying to me to kill a baby in a jar, and apparently my mum is the president of the United States? It's a lot, even by Kojima's standards, but hot damn if I'm not 100% engrossed despite all its exposition gubbins, because I just can't stop gawping at everyone's beautiful faces.

The lady up the top there is yer man Sam Porter Bridges' very ill mother who, yes, is indeed the United States president. Or at least what's left of the United States, as the aforementioned big apocalypse has effectively nuked the country's ability to communicate with itself and is now just a bunch of independent cities.

But just look at her eyes, her skin! Yes, there's a very vague whiff of a slight rubbery-ness about her, like she's got one of those masks on from Mission Impossible, but cor, I could almost be looking a real person. 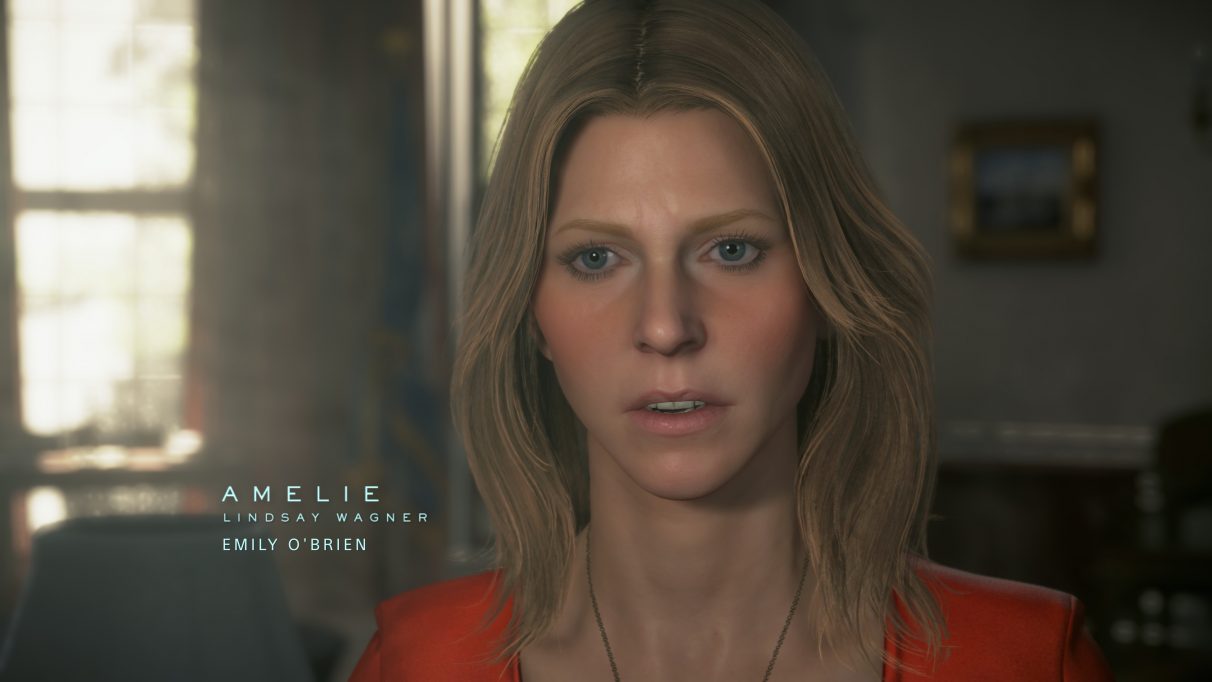 The same goes for your big sis, Amelie, and I think it's the twinkle in her eyes that really sells her as an almost real flesh lady. There's a depth and a realness to them that pushes them way beyond the uncanny valley, and they're quite possibly the best video game eyes I've ever, well, seen.

Even the creepy-ass BB babies look pretty damn stunning in Death Stranding. Yes, there's something slightly unholy about a bald, never-ageing infant acting as a conduit between the living world and the dead, but just look at their little nose! And their fingers! That's some top virtual baby-ing right there, and it's all topped off, of course, with those gosh darn beautiful eyes. 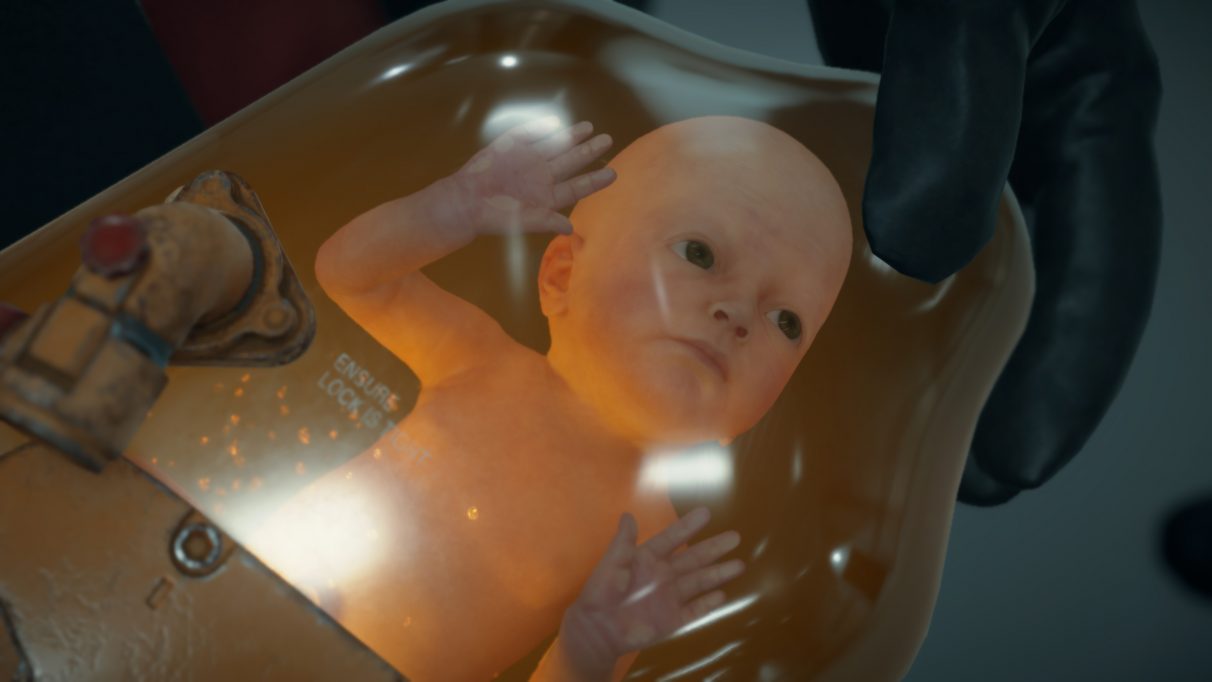 It is a remarkably beautiful looking game, and seeing what Kojima Productions have managed to do with Guerrilla Games' Decima Engine here has me in high hopes about what Horizon Zero Dawn's eventually going to look like on PC as well, given that they share the same engine tech.

Unlike Nate, I was a little cool on Horizon Zero Dawn - mostly, I think, because I played the opening hour of it or so upon release before Breath Of The Wild came out the next day. I then played the greatest video game of all time for three months straight, before returning to Horizon and being distinctly underwhelming that Aloy couldn't spider climb over every available surface and that its world was noticeably emptier than Nintendo's magnum opus. But even though I probably won't be able to bring myself to do an entire second playthrough of that game, I am at least looking forward to seeing what it looks like on PC, and whether Guerrilla's future post-apocalypse people are as jaw-droppingly handsome as Kojima's.

Special mention must also go to Death Stranding's photo mode, which lets you compose actual works of art, as you can see from some of my efforts below. The ball is in your court, Horizon.

This post was originally exclusive to the RPS supporter program.