Gosh, according to recently issued Home Office guidelines I'm now qualified to grumble about things like soft prison sentences, the inexorable decline in the quality of pop music, and scandalous gaps in the National Curriculum. If I wanted to I could begin a review of the latest Athena-engined wargame by wagging a finger at a state education system that allows subjects of Good Queen Bess II to leave school knowing next to nothing about one of the most traumatic episodes in British history. 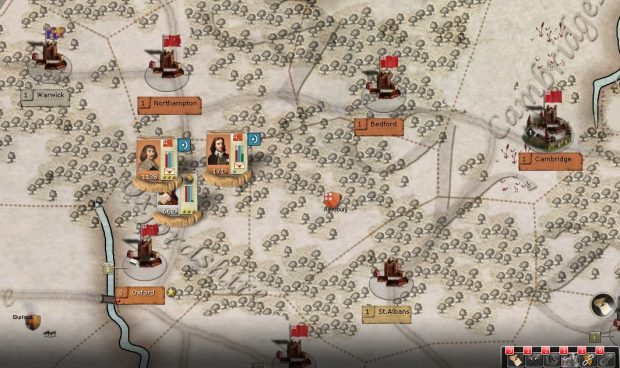 In theory, the first computer game wholly devoted to recreating the English Revolution as a coherent conflict rather than a scatter of battles, should be a godsend for hardpressed teachers determined to cram a bit of Cromwell into the historical speedrun that is Key Stage 3. In fact, the fascinatingly themed English Civil War is not well-suited to classroom service, and the shortcomings that compromise its educational utility also damage its potential as an engine of entertainment. 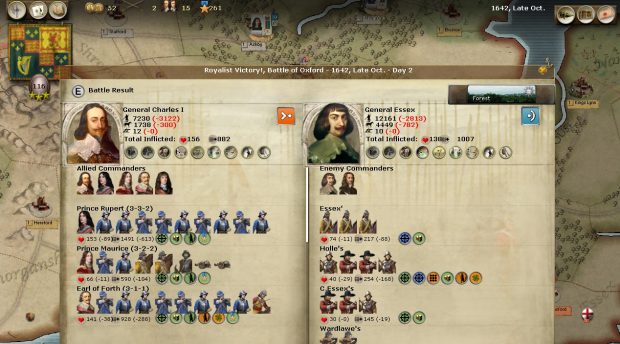 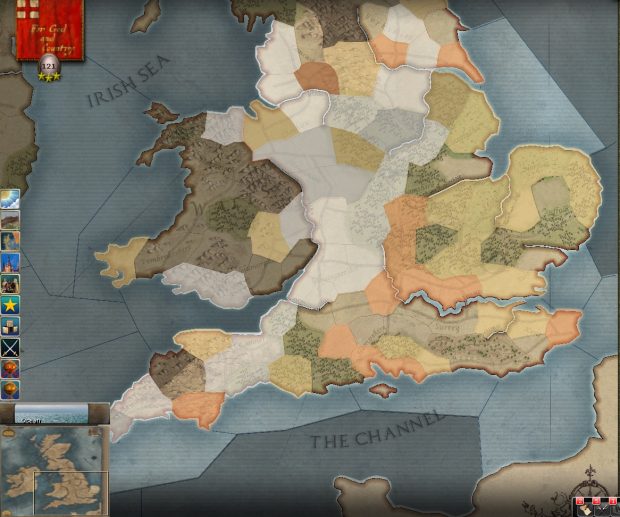 Playing as Parliament, London, East Anglia, and Scotland are important recruiting grounds and sources of cash. Playing as the King, Wales, the West Country, and the North West are vital wellsprings. Appropriately, whichever side you lead, meeting wage bills and restocking ravaged ranks is a constant headache. 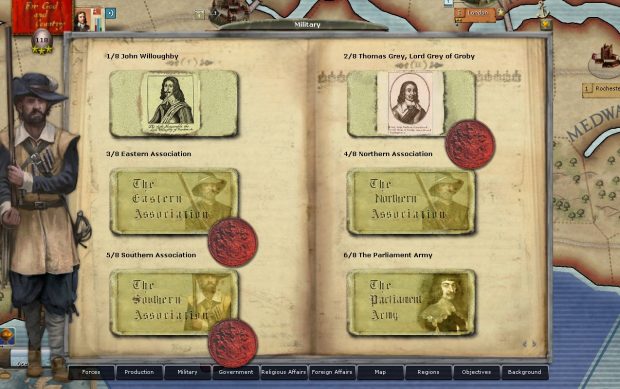 ECW can do the rhythm of the war but is much less successful when it comes to ludologising the colourful personal, political and social factors that helped shape it. The game's essentially credible military core is embellished with occasional yea-or-nay political choices which frequently fail to do justice to momentous events like the foundation of the New Model Army or Charles' double-edged Irish truce.

This lack of historical breadth would be fairly unimportant if the military mechanics were unfailingly engrossing and instantly likeable - if the now-pretty-long-in-the-tooth engine didn't have longstanding charm and transparency issues. While I've spent many enjoyable hours in Athena's company over the years, I wouldn't recommend any of her offspring to a newcomer without mentioning that the automatically resolved battles can feel cold and cruel unless you're ready to pore over the plethora of results screen icons and accept with a resigned shrug the sometimes surprising results of the concealed combat maths.

Army organisation, supply, and reinforcement, while not as complicated as they are in some other AGEod titles, remain somewhat opaque and fiddly, players being expected to create their own baggage trains, and manually 'group' leaders with particular units within stacks in order to take full advantage of their abilities. Personally, I'd have much rather spent time dealing with uncooperative or quarrelsome generals (an element of the Civil War glossed over by ECW) than spent it painstakingly ensuring my 100%-obedient commanders are all using their traits and command points to maximum effect. 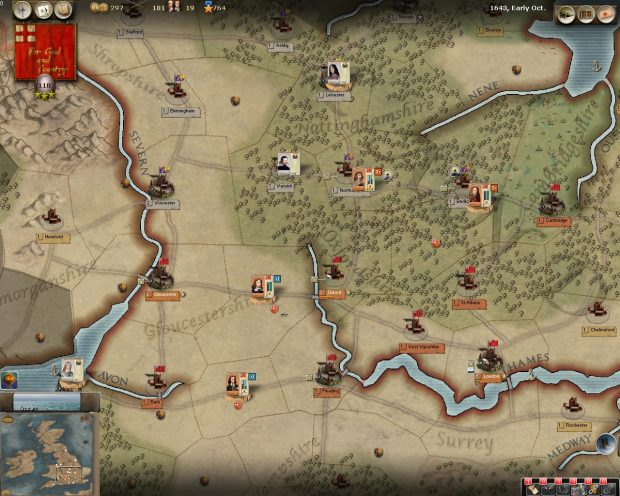 Engine weaknesses can't be blamed for inconsistencies in the disappointing map. Neither particularly attractive or completely coherent, the mosaic of regions that dominates the screen when the multi-page data ledger isn't open, boasts a road network and sprawl of forests that verges on the arbitrary. Three months and three patches since release, for some reason Reading is still the main settlement in 'Newbury', a Thames Valley region adjacent to the region of 'Reading'. 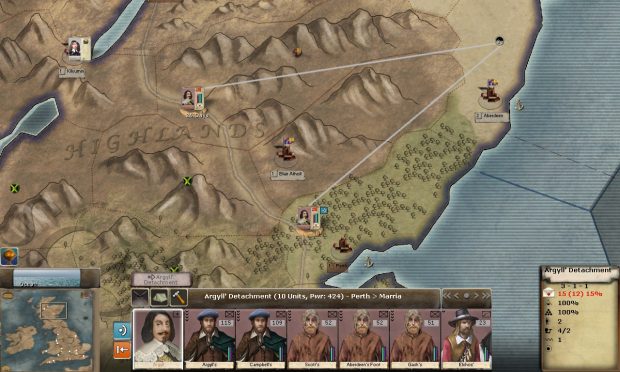 If finding reliable information on Seventeenth Century British geography was a problem, perhaps HQ should have forgotten about foliage and thoroughfares and differentiated their provinces using nothing but mountains and moors. As it stands we've got a map that suggests the Norfolk Broads were more heavily wooded than the Forest of Dean, and Salisbury and Lichfield, cities that straddled crucial supply routes during the war, were isolated backwaters. 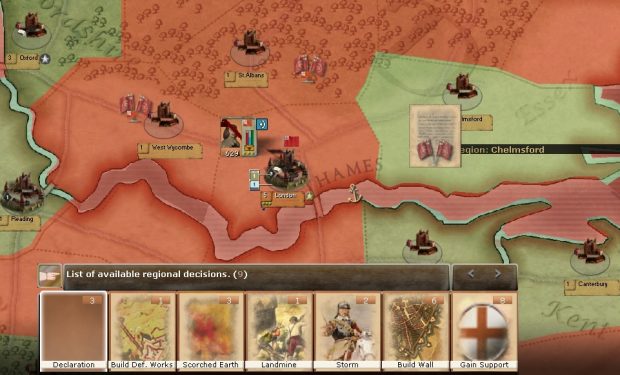 Although computer-controlled opponents understand the importance of strategic and objective cities, they rarely demonstrate much patience or single-mindedness, and will do odd things with supply trains now and again . In another wargame the constant coming and going could jar; in a simulation of the fragmented, poorly coordinated First Civil War, the restless shuffling of distracted armies actually adds to the plausibility at times. 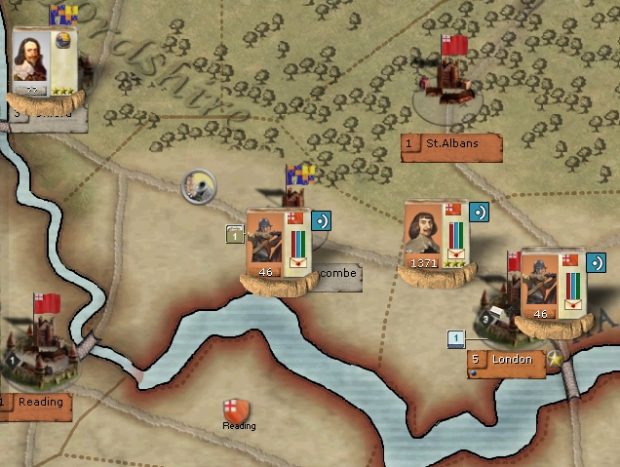 If, like me, you've been waiting for a proper Britain-encompassing ECW computer wargame since playing Cromwell at War on the Spectrum in the Eighties, ECW will probably leave you conflicted. HQ have produced a workmanlike if engine-constrained simulation of a scandalously neglected war. It's flawed, thin in places, and cursed with a decidedly weak map, but it's also challenging, generally believable and dotted with people and places guaranteed to put a smile on the face of any British history fiend. I suspect I'll partake now and again while I wait for Richard Bodley Scott to do the decent thing and give Pike and Shot the fleshed-out ECW strat layer it so richly deserves.

Always eager to please, The Flare Path plans to offer Bomber Crew coverage to suit all tastes. There will be angry/inaccurate Daily Mail-style coverage... 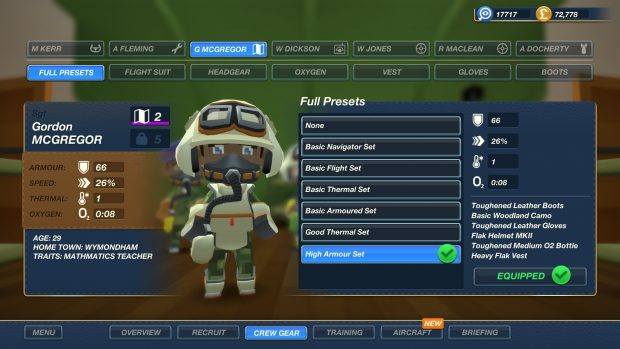 “Brighton-based video-game developer Curve Digital has caused uproar amongst veterans' groups by releasing a game that mocks the brave Bomber Command crews of World War II. The Avro Lancasters in 'Bomber Crew' are manned by bobble-headed simpletons obsessed with 'levelling-up' and shopping for new equipment. A dismayed spokesmen for RAF charity KBMF, said, yesterday: “55,573 Allied airmen lost their lives flying for Bomber Command during WW2. It was one of the most dangerous jobs in the armed forces. The people who make games have a duty to those that perished. They should be telling their extraordinary stories to the next generation, not trivialising their sacrifice with jokes and silly graphics.” 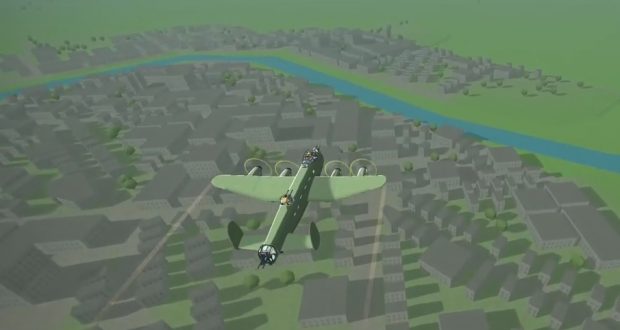 “Runner Duck's decision to restrict target types, caricature crews, and compress and insignia-strip the Lancs, in upcoming 'WW2' FTL-like Bomber Crew, is eminently sensible. By draping the project with an anonymous cartoon camo-net, they've saved themselves a huge amount of pre- and post-release hassle. Armchair aerodyne experts won't be able to nag them about turn rates, turret speeds, and fuel line routing. Groups that regard the RAF's nighttime raids on cities like Dresden and Hamburg as war crimes should let them be. Am I disappointed that the first Bomber Command game in thirty years isn't willing to admit that it's a Bomber Command game? Of course, but if BC turns out to be as mod-friendly as its Merlin-engined star, the roundels and the realism should come eventually.” 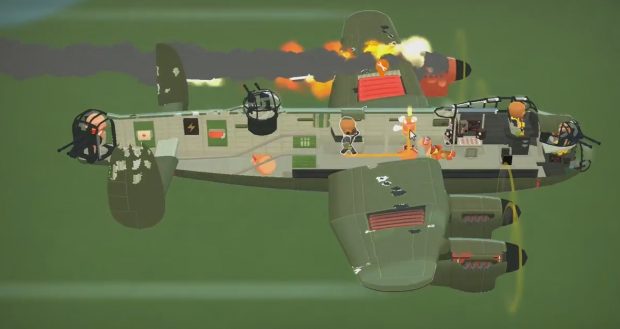 “According to publisher Curve Digital, Bomber Crew will “bring together the serious aspects of a simulation game, with a humour that players are going to love”. Apart from some fairly feeble wordplay, the trailer...

...is entirely comedy free, so it's going to be interesting to see just what form that humour takes. Although I'm hoping Runner Duck have something more original up their sleeve than predictable handlebar moustache jokes and 'wizard prang!' silliness, given a choice between laughs based on hackneyed RAF stereotypes and laughs based on watching airmen tumble out of fuselage holes or catch fire while attempting to extinguish cockpit blazes, I'll happily take the former. Unless BC transforms itself into an affectionate Tee Emm tribute in the next month or two, any high-altitude slapstick it generates is bound to make me distinctly uncomfortable.” 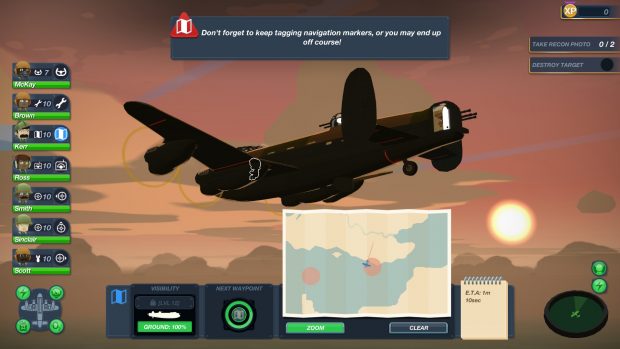