Released in the eye of the silly season storm, and crucially getting in there before the bigger, noisier World War Twos of Wolfenstein and COD arrived, Runner Duck Games' airborne "strategic survival sim" Bomber Crew has done the business. Its success has far outstripped the expectations of this two-person Brighton studio; as such, its co-designer and artist Dave Miller tells me, "we've got plans for the franchise which we will now definitely be able to do."

In the far future, there'll be another game that is "not just the obvious thing", but ahead of that, a bunch of free updates followed by three clumps of DLC - one of which is something the game's audience has been clamouring for. Bomber Crew will quite likely continue to be the Memphis Belle of the ball.

Disclosure: I've known Dave Miller for a few years as he's an old friend of my partner. I did not cover the game myself before and around its release for this reason, but it seems less problematic now the game's hit it big (its publisher Curve having announced that it brought in $1m in revenue during its first two weeks on sale). Please click away if concerned, however.

"The reception for Bomber Crew has been really good", Miller tells me, something borne out by its 1500 Steam reviews and 'Very Positive' rating. "We were hoping that we'd do well enough to make another game - that was really our grand ambition. But it very quickly became apparent that it's better than that. We're definitely going to be able to make another game."

He's not letting on what that game will be, but does hint that "We've got plans for the franchise, not just to take it sideways and do the obvious things. We will now definitely be able to do the next big thing. That's another title, but it's quite a way off."

In the shorter term, we'll see "lots of quality of life updates" in response to player feedback. The first of those arrived not long after launch, intended to address some players' concerns about difficulty in the heat of battle. "It's this slow time feature where you hold Control and it slows things down, so that when things are really hectic you can give orders, which makes it a much easier experience for people that don't like to panic." 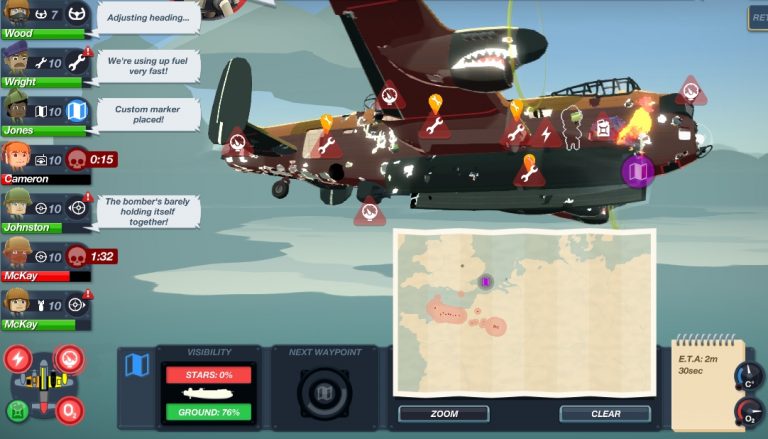 Even with that, a balancing act had to be struck - how to make the game accessible without undermining the challenge for those who more wholeheartedly embraced the unforgiving simulatory aspect. "Half the audience really appreciated the chaos of it, and the other half really wanted a pause function. So we did this compromise where it's a rationed slow down time with a cooldown, which really keeps the pressure on, and if you don't use it you get a little bonus at the end of the mission. And you can just switch it off in the options menu if you really don't like the idea of it. They were really happy with that."

More free additions in this vein are planned, and so too is paid DLC. "We've got one before the end of the year which will be more content, then next year we've got a big one. It's probably easy to guess what it is because everyone's asking for it, but I'm not going to say what it is just yet."

I will note here that the name 'B-17' comes up an awful lot on the Steam forums, and as such will make an educated guess that a few people's Memphis Belle fantasies might yet get fulfilled.

A further piece of extra content is also planned for next year, though no hints as to that one just yet.

As to why Bomber Crew stuck the landing like it did, Miller has a few theories. "I think the subject matter is something that is really interesting, and it hasn't really been mined that much. You had Memphis Belle back in the early 90s, everyone remembers that, and the Spielberg film Amazing Stories - The Mission. And kudos to Curve to pushing us for the October 19th release, because it means we just got in before Wolfenstein, we just got in before CODWW2, so that was a smart move."

Bomber Crew has also benefited from a fair amount of streamer attention - something that, by his own admission, Miller, a late 30s family man, did not previously entirely understand. "It was something my stepson watched and I would just hear it, and it sounded confusing because there was all this shouting. But because it's my game I've been watching this stuff, and actually it's really funny and I find it really engaging, and I get that they're doing this clever performance." 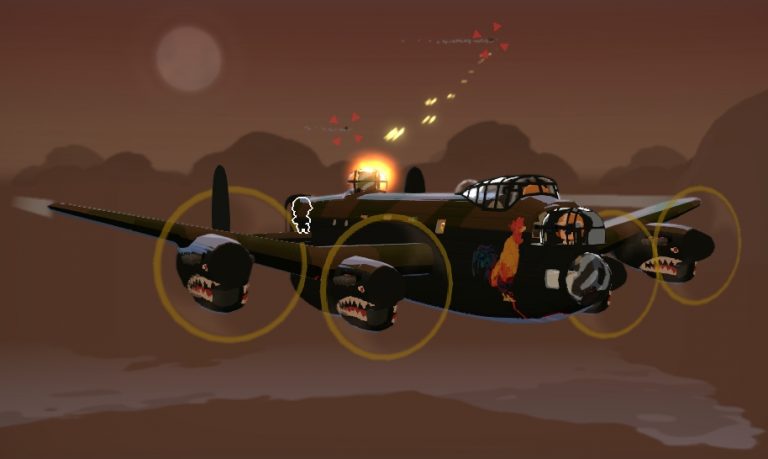 Particularly effective for Bomber Crew is that "On Twitch they can name the crew after people in comments, and the audience is engaged because they're part of the disasters that unfold in the game."

With console versions due in the first half of next year too, Runner Duck have dodged disaster themselves - success from new-name games without a vast marketing budget attached is a rare thing these days. So what would have happened if there'd been a failure to launch? "If it was a complete flop we might have done just one DLC to try and rescue it and see how it went." To B-17 or not B-17 would have been the question, I suspect.