Have you ever been wandering around a museum, turned a corner, and been baptised in a never-ending stream of confetti and balloons? I hadn't either until I took a stroll around The Zium Museum, a virtual gallery "composed of eclectic and wonderful things". There's more to see than confetti and balloons, promise.

The gallery was curated by Michael Berto, who's used the work of 37 developers and artists to construct a virtual museum. I've only walked around it for ten minutes, but you can bet I'll be heading back this evening for a more thorough investigation.

In a neat touch, the entrance to the museum lets you toggle various ambient sounds on or off that can accompany your wanderings. I opted for the quiet bustling of a library, though was tempted by the trickling of a riverbed. 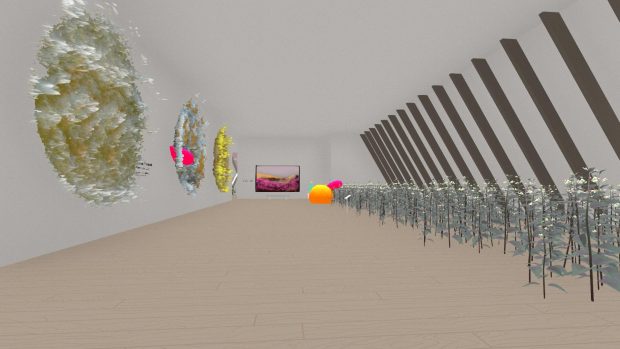 One exhibit consists of three halls with various artworks set up on plinths at the side. Some of those you can pick up and throw on the floor, in case the art isn't avant-garde enough for your tastes. Other exhibits transport you elsewhere, into cramped rooms with towering ceilings or onto a bridge that starts off in a blank void and then gets bathed in waves of different coloured light. Someone, somewhere, is going to explore the gallery while they're high, and I can only imagine the kind of things they'll see.

The museum itself is an impressive virtual space, where you don't know what you're going to see around the next corner. It's made me remember that I actually quite like walking around real-life museums, though I'm inevitably going to be disappointed when I next visit one and the exhibits and hallways don't transcend three dimensional space. 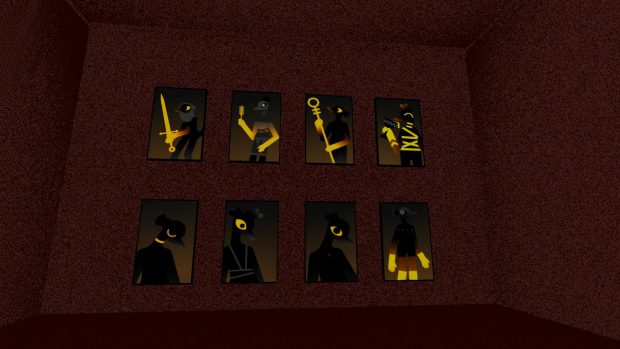 The Museum features work from many folks you might know. Cosmo D made surreal adventure game The Norwood Suite. There's also a contribution from Fi Silva, who recently made a lovely little lighthouse simulator, as well as one from George Buckenham - who Hannah Nicklin interviewed in her excellent series on the psychogeography of games.

There are plenty more big names where those came from. You'll find something from Oleomingus, a two-person team that's enthralled Alice with bits and pieces of their upcoming game Somewhere. There's an offering from Pippin Barr, who previously made a virtual museum of his own displaying video game water. Pol Clarissou has also chipped in, who's previously unsettled us with nightmarish depictions of pixelated cities and settled us back down again with his object twiddling game, Vignettes.

You can download The Zium Museum for free from from Itch.io.