Total War: Warhammer’s Old World and New World are finally colliding in Mortal Empires today. If you own both Total War: Warhammer and Total War: Warhammer 2, you’ll be able to download the DLC for free, smooshing together an edited version of the landmasses from each game. That means you’ll be duking it out on a huge map with 35 leaders, 25 starting positions, 117 factions and 295 settlements. Crikey. These turn times are going to be long.

Also launching today is yer now traditional Total War blood pack, adding lots of gore to the game. It will be free if you already own the blood pack for the first Warhammer, but everyone else will need to purchase the DLC.

First off, Mortal Empires! It’s essentially a new grand campaign, but it combines both of the Warhammers into one stupidly large, war-torn map. The only faction not present is Norsca, as they were introduced into the first game after work on the DLC had already started. They’ll be added in a future update. Every subsequent faction and corresponding lords will also be added to Mortal Empires when they appear.

If you want to start a campaign in Mortal Empires, you’ll need to manually download it from Steam. It’s only a 713MB download, though. There’s a Mortal Empires patch (4.5GB), too, which fixes a number of bugs, including trade issues that arise from regions with multiple borders, and units dropping attack orders. Some settlements have also been given additional buildings, while tweaks have been made to the Skaven and Dark Elf loyalty system. Check out the full patch notes here.

The Blood for the Blood God effects pack will launch alongside Mortal Empires as a separate piece of DLC. It’s assumed that Sega and Creative Assembly sell these packs seperately because directly adding them or offering them completely for free would change the age rating of the game. It’s been a point of contention among players, yet this hasn’t stopped people from sacrificing their money to the Blood God.

Unfortunately, we can’t show you what the Blood for the Blood God DLC looks like until later today, but don’t fret, I have an excellent imagination and have produced some screenshots that I think you’ll agree look pretty spot-on. Enjoy. 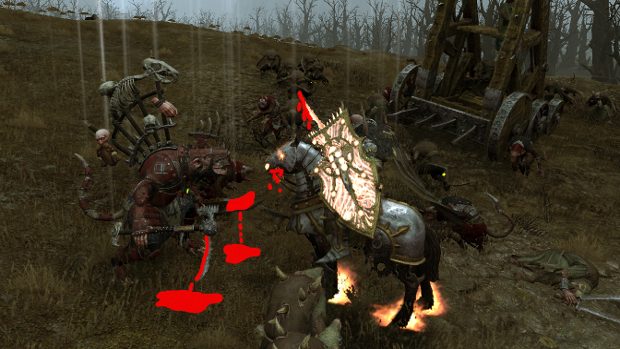 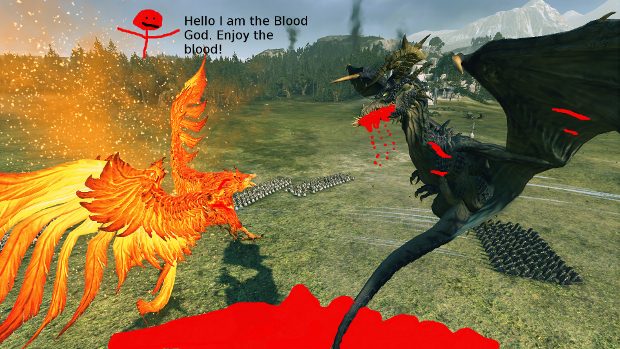 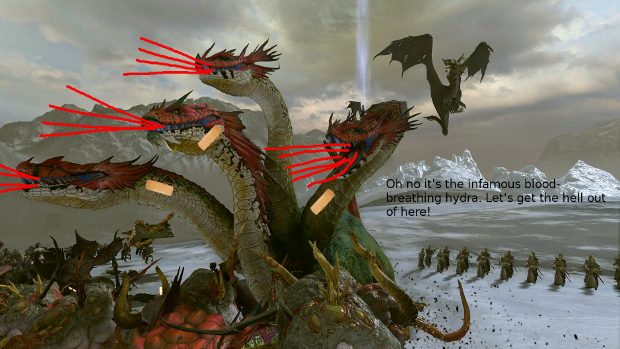 Crikey, that looks intense. That Blood God fella sure likes his blood.

You’ll be able to download both the Blood for the Blood God DLC and the Mortal Empires campaign from Steam later today.