I spent a couple of evenings with Theme Hospital spiritual sequel Two Point Hospital last summer, and it was more or less what I expected: the calming pleasantry of a cruise ship full of ambiently holidaying retirees, as opposed to the wilderness backpacking experience of modern-day management sims (yer Banisheds and RimWorlds and Frostpunks). Nowt wrong with that, of course: choice is king.

After a successful launch, now the focus is on the long game, something its Bullfroggy predecessor didn't really have to think about. The new, free Interior Designer update feels like an important step there. With it, you can plaster walls and floors with any nightmarish design of your choice, and then share it with the Steam Workshop. I demand an image of Charlie from Casualty on every available surface, stat.

The Interior Designer update, released yesterday, is free and two-pronged. Prong the first is a new in-game tool with which you can impressively rapidly apply your own images to various wallpapers, floors and pictures. Prong the second enables you to share these designs on the Steam Workshop, thus helping out folk who don't know their way around Photoshop or have hit the limit of how amusing it is to plaster a hospital's walls with deeply threatening images of Two Point's art director, as seen above.

While puppeteering the lives and loves of trouser-wetting computer people was the immediate selling point of The Sims, a big part of its long-term success was the doll's house element, styling their homes and clothes to your own, hateful tastes, and a huge modding scene to support this quickly struck up. (Which EA subsequently sought to control in favour of selling design options themselves. The H&M expansion pack remains the stuff of eternal infamy).

As such, visual mod support is something I think is vital to the persistent life of a game like Two Point Hospital, so it's good to see that they're embracing it wholeheartedly.

Here's a video showing it all off: 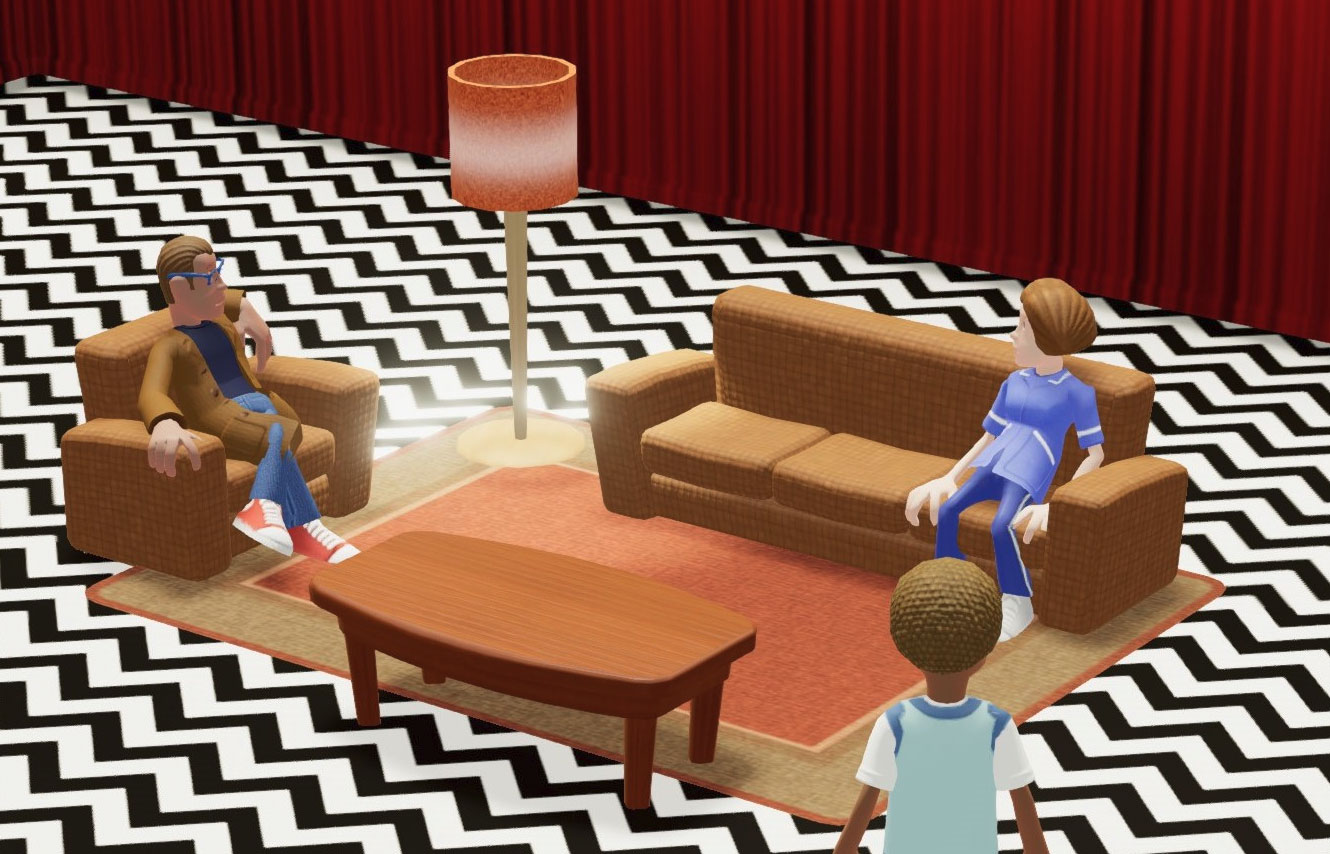 The Interior Designer update will adds itself automatically via Steam. And here's our well-chuffed Two Point Hospital review, in case you missed it.