Riot Games have announced Valorant's next agent will be arriving a little later than planned, so they can prioritise getting their cold new map ready for the beginning of Act 3. This Act kicks off on October 13th, with the new character joining the tactical FPS a couple weeks later on October 27th. The devs have even given us our first look at her - at least, I'm pretty sure that's her above. It'd be weird for them to just whack in an image of a rando.

Is it just me, or does she look a bit like an edgy, modern version of Artemis from Supergiant's Hades? I think it's the glowing green bird on her shoulder that's giving me those vibes.

The devs say they're delaying the new agent to a slightly later patch due to how unstable the last few patches have been.

"Not gonna lie, the Act III patch is a bit scary considering the high amount of content coming and potential instability," they say. "We want to be faster when it comes to resolving any issues or exploits. This delay gives our team some breathing room to make sure current Agents play nice with the new map (invisible Spy Cams, invincibility, teleporting in the wrong neighborhood, etc.) before introducing another variable."

Riot are keeping quiet for now on what this new character will actually be able to do. They have, however, laid out a new roadmap for Valorant's third Act with a little more info on what to expect.

First up is the new map, Icebox, which they revealed the other day. Set in a research lab in the arctic, attackers and defenders can ziplines to traverse the snowy tundra. Icebox will arrive for unrated matches at the beginning of Act 3, on October 13th, then it'll come to competitive a bit later, on October 27th.

The start of Act 3 will also see the arrival of a cool new weapon skin set, Singularity. You can see it just to the left of the new mystery girl below, adding a cool purple glow to the Phantom, Sheriff, Spectre, Ares, and knife. There's no info yet on how expensive they'll be, but it's likely they'll be similarly priced to the funky Glitchpop skin set that came out in August, which cost 8700 VP, or a whopping £80/$85 in real-life money. 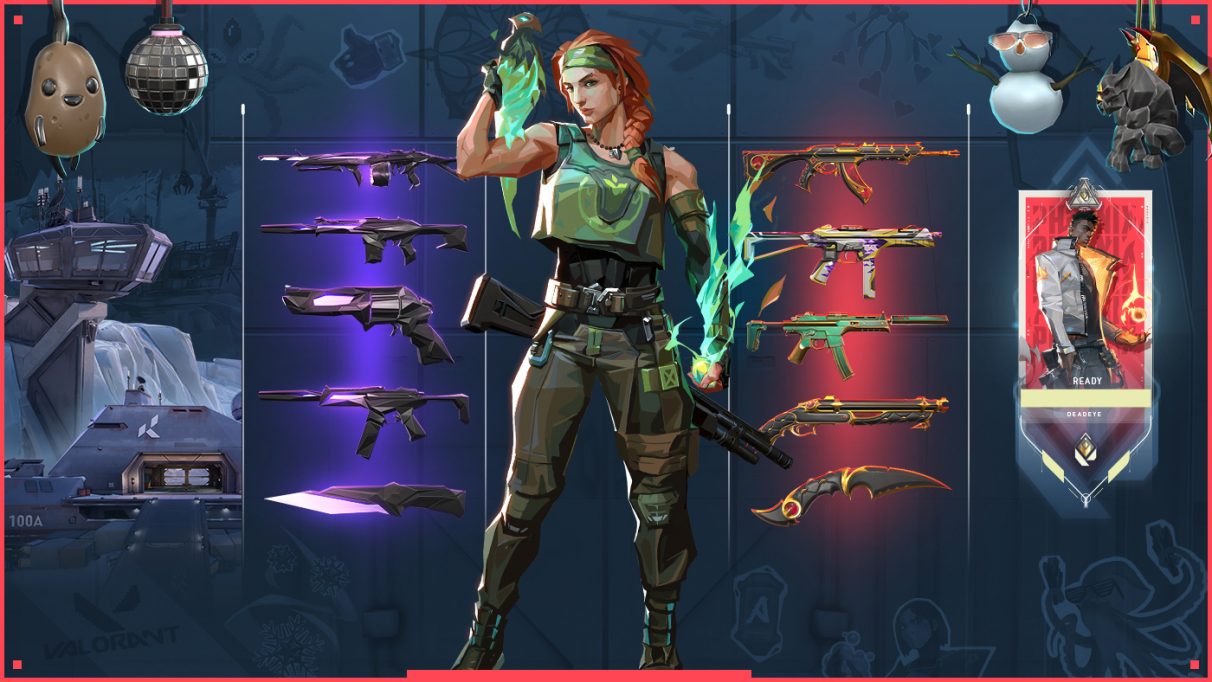 On top of that, there are some adjustments to ranked play, a new battle pass with some fun cosmetics, and weekly missions have been changed to make them a bit quicker to complete.

With a new agent right around the corner, now seems as good a time as ever to brush up on our Valorant character guide to make sure you have the basics down before picking up a newbie. It's still a wonder what this new girl's abilities might be. What sort of skills would you like from a new agent, reader?