When Warframe set up shop in 2012, it was a simple thing. A few rooms, a few baddies, and a good helping of backflips. But with each update bringing increasingly fanciful new designs, the free-to-play slasher's oldest hallways are starting to look rather dusty. That's why the devs are unpacking their toolkits for a little bit of D.I.Y - re-imagining the game's ancient Corpus environments to meet modern Warframe's lavish expectations.

Developers Digital Extremes have begun laying out plans for The Dreadlock Protocol, Warframe's next free update due sometime next month (cheers, PCGamer). Besides adding the customary new 'frame, Dreadlock is setting interior designers loose on one of Warframe's oldest tilesets.

Corpus investments are paying off in dividends. pic.twitter.com/hZMw3iVoJc

The Corpus ships were the first environments built for Warframe, and have stuck around since the game debuted in 2012 (roughly about the same time I last played Warframe. Yikes). Digital Extreme's space ninja slasher has come a long way since then - revamping itself with vast open plains and full-blown space battles. Greebly space corridors remain, sure, but they've come a long way from Corpus' cold, bare walls.

It's not just a matter of painting over the walls and floors, either. Deadlock is set to reimagine ever part of the Corpus ships: re-tuning fights, re-designing enemies and bosses, and scattering stages with a smattering of story hints. 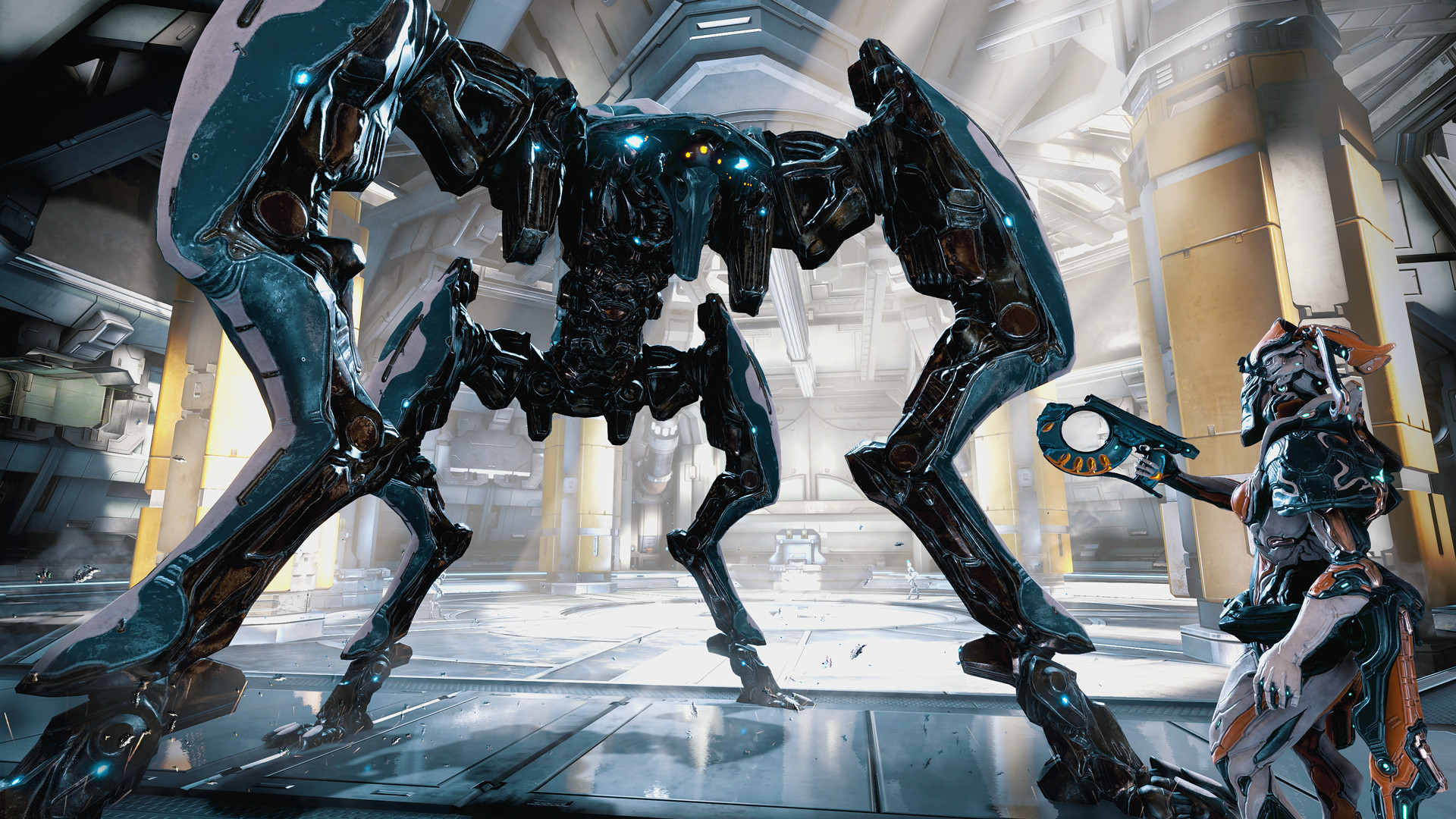 "One of the best things about working on a game that has been going for this long is that you get to revisit things," environment art director Mat Tremblay told the PlayStation blog. "The game, our engine, our universe, all these things have evolved over the life of Warframe. This means that the content and levels we made in 2012 can now get the benefit of what we know in 2020."

The new look is certainly a departure. The corridors that housed Warframe's first fights were functional, somewhat generic steel corridors contrasted against the organic shapes of the 'frames rolling and slashing and shooting their way through. But Warframe's grown rather ostentatious over the years - and the devs hope the detail and worldbuilding cues build into the Corpus redesign will help bring the interstellar greed cult up to speed.

Deadlock also introduces Protea, a "combat gadgeteer" 'frame that cartwheels about while scattering shrapnel traps, shield defences and incendiary laser beams. More details on Protea, the Corpus revamp and Deadlock Protocol can be checked out over on Digital Extremes' Home Devstream.